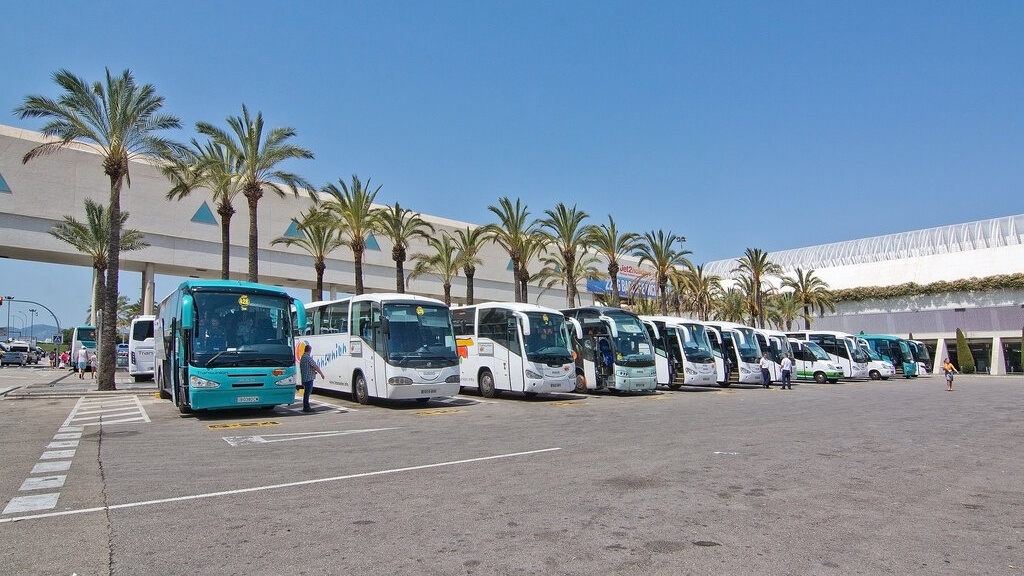 Traditionally buses have been a very important part of the public infrastructure in Spain. They are playing an important role in terms of the city and regional transportation as well as intercity transportation. As a popular tourist destination Spain of course has a lot of bus companies offering bus rental as well as companies operating airport buses routes from the many airports in the country.

Travelling by bus in Spain is something you can hardly avoid. If you are on a roundtrip you can of course go by train, but because the bus network is really dense, for many destinations taking a bus is the only option.

If you take the bus between cities in Spain, you will probably be acquainted with the company Alsa, which is the main bus brand in Spain. Although Alsa covers most of Spain, it is in many cases not Alsa who owns the buses you drive with. They are owned by the local bus companies. Alsa, just like Flixbus is just the brand towards the travelers.

The market for intercity buses is license-based, meaning companies need to apply and get a license to operate a certain route. This has restricted new companies from easily entering the market. However this has also guaranteed that the license holder would operate the licensed routes and thereby provide a valuable public service. As the EU requires a liberalization of the bus market throughout Europe, this might gradually change over time.

The Spanish way of organizing the intercity bus market has a long history, so it might seem a bit old-fashioned when compared to the markets in Germany, France, Denmark or Sweden. This will change once the Spanish bus travelers learn the comfort of online travel planning.

Timetables and tickets for intercity buses

Meanwhile, you will find timetable for the majority of Spanish intercity buses online. As most websites are multilingual navigating them should not be a problem. Of course you can also find the timetables directly at the bus station. Tickets can be bought online or at the bus station. Note that there are no unified rules in Spain for changing and refunding of the tickets, so make sure to check the specific rules for the ticket you purchased.

In Spain there are several thousand domestic intercity bus travel combinations. Below we have listed some of the most popular routes. If the route you are looking for is not listed, you may use the search form above to find buses on other routes.

In most Spanish cities with a population over 10.000 (these are in some cases smaller towns) you will find a bus station with as minimum a waiting area. In the larger cities bus stations often have amenities like toilet, kiosk, fast food, coffee bar and even Wi-Fi and luggage storage facilities. Some bus stations are publicly owned, others are owned by a local bus company. Below we listed cities which have some busy bus stations.

Hire a coach in Spain

Spain is one of Europe’s most popular tourist destinations. Therefore, there are a lot of bus companies offering bus rental, in all larger cities like Madrid, Barcelona, Malaga or Seville as well as on the popular Spanish Islands like e.g. Ibiza or Mallorca. You will find plenty of bus companies offering coaches for hire. But that’s not all, in fact you can rent a bus throughout Spain as there are bus rental companies everywhere. In some cities you can also rent historical and other special buses.

Most of the larger bus charter companies have dedicated English-speaking staff to deal with bus rentals. In smaller towns you might have to contact an agent. Not all drivers speak English, so if that is a requirement, make sure to request that. In general, rental buses are in great condition. There are of course exceptions, but in general you should have no worries about the bus being suitable for your group.

Public buses are organized in most cities, the rules and types of tickets available vary from city to city. In the larger cities bus is usually a supplement to Metro or Tram. In the smaller cities buses is the only form of public transportation. Here is a list of the public buses companies in the largest cities

Covid-19 and bus travel in Spain

During these Corona times, the measures for Covid are constantly changing. This also applies to Spain, as a traveler you can find current rules and recommendations for entering Spain here. Specific rules for travelling by bus might vary from region to region, so we recommend you check the site. Intercity bus schedules here on GetByBus are being constantly updated according to the current COVID-19 situation. If you’ve booked a ticket and the bus company has to cancel the trip due to new Corona restrictions, you would in most cases be refunded automatically. In any case we recommend you contact the bus company.
Please also check rules in your home country. In relation to restrictions when returning from a holiday in Spain, we especially recommend you check if you are covered by your travel insurance.

Can I bring my pet on the bus in Spain?

It depends on which company you are travelling with, some bus companies allow pets while others do not.

Is it safe to travel by bus in Spain?

Yes, traveling by bus in Spain is generally very safe.

Do the buses in Spain have Wi-Fi?

On many of the intercity buses there is a Wi-Fi service, especially on the longer routes. In some cases city bus operators also have equipped the buses with the Wi-Fi.

Can I buy a ticket on the bus in Spain?

Most intercity bus companies would allow you to buy a ticket on the bus, but keep in mind paying with credit cards is not always possible.

Are buses modern and safe in Spain?

Yes, buses are quite modern and safe in most cases. This applies especially for intercity as well as city buses, a bit older buses are mostly found on regional routes in rural areas. Intercity buses are often equipped with seat belts and other safety equipment.

Are there sleeping buses in Spain?

No, sleeping buses are not allowed within the European Union. If you prefer sleeping while traveling overnight, you should check out trains.

Do the drivers in Spain speak English?

Drivers on rental buses normally speak English, but on other types of buses, you should not expect that the driver speaks English.

Is my luggage safe when i travel on a bus in Spain?

Luggage on buses in Spain is handled the same as in elsewhere in Europe. Losing a suitcase can happen, but it does not happen often. We recommend that you never keep valued items in luggage for the hold!

If you operate a Spanish bus company and would like to be included in the is list, you are more than welcome to contact us, we also can offer you access to an easy platform for managing bus rentals in Spain.