Obviously the Prague Václav Havel Airport is the busiest airport in Czech republic, the airport is located about 10 km west of the Prague center in the Prague-Ruzyne area. From the airport, you can get to the centre of town in 30 minutes, read how to here. The Airport serves as a main hub for Czech airlines and is an important base for Wizz air and Ryanair, in total more than 50 airlines operate lines from over 100 cities to the airport in Prague. If you fly to Prague and need to continue to other cities in Czech Republic you can do so from Prague railway station or e.g from the Florence bus station from both you have connection to all larger cities in the country as well as several international destinations.

The Brno–Tuřany Airport is significantly smaller than the airport in Prague, but it still have quite a few connection especially in the summer season where many Czech people travel on holiday from the airport. Whole year there are flights from Munich and London and Eindhoven in the Netherlands. Brno airport is located 14 km southeast of the city center, from the airport there is public bus to the main bus station, trips takes about 20 minutes. From the bus station you cave buses to most cities in Czech republic. 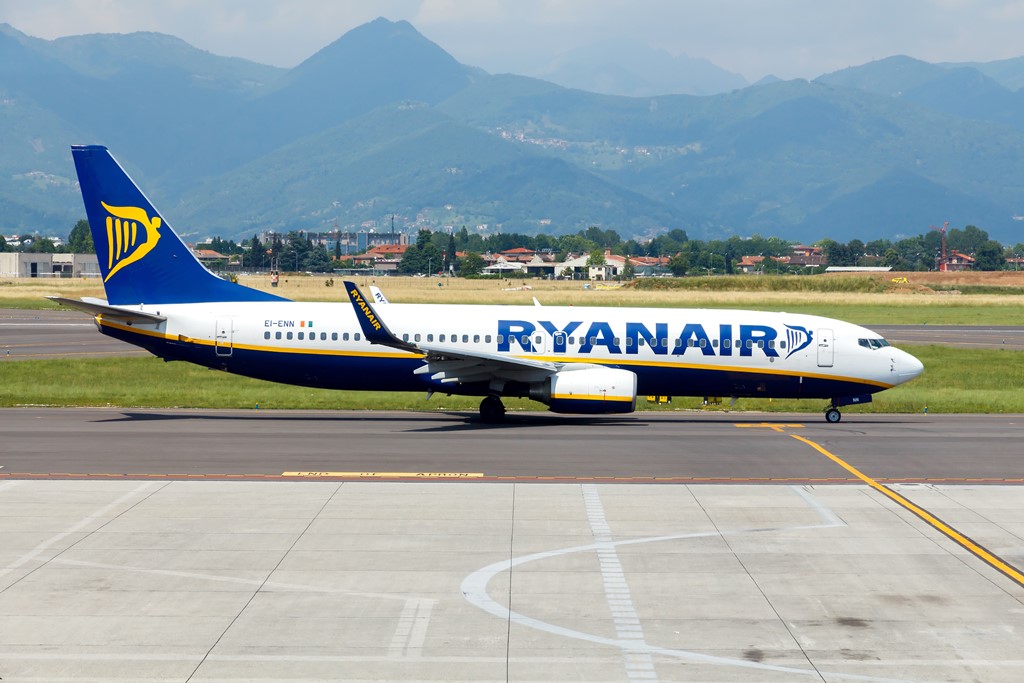 Ryanair plane at the runway

The Leoš Janáček Airport Ostrava is another airport mainly used for seasonal planes to holiday destinations in the southern part of Europe, whole year operating lines include a domestic departure to Prague as well as Ryanair connection to Bergamo and London. The airport is located 22 km southwest of the city center, getting to the center of town is possible with public bus or train from the airport. Do to it’s located the airport is also used by many Polish people living in the region around Rybnik and Bielsko-Biala.

The Czech word for Airport is “Letiště”, can be useful to know when you have to check timetables or other material containing information about the airport.

Map with airports in Czech republic, as well as the neighboring countries