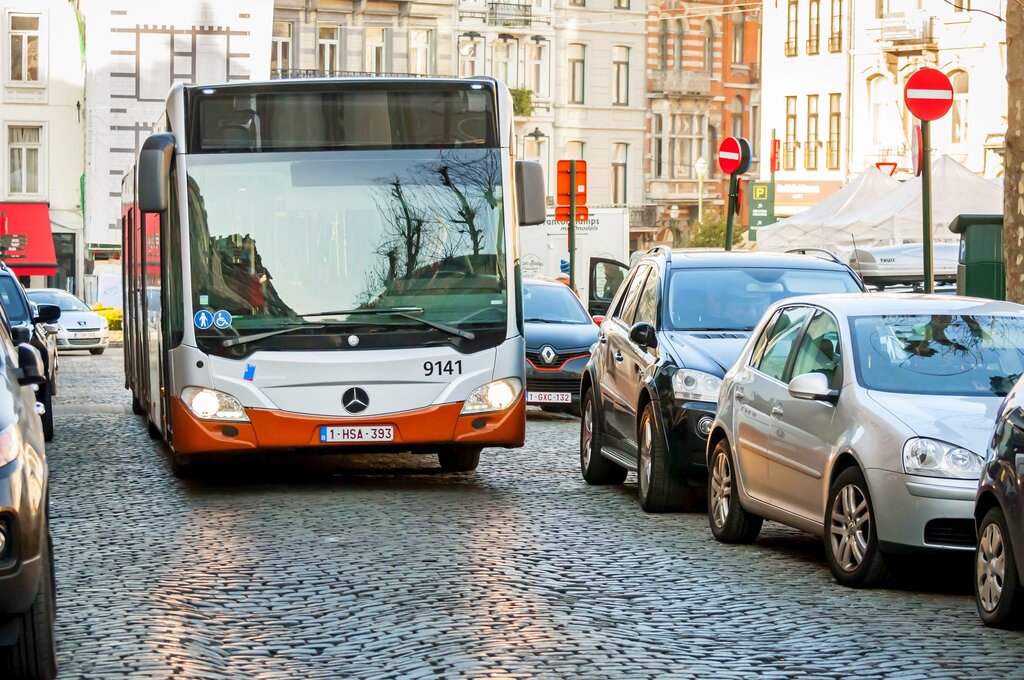 Greece has a fairly well functioning railway network especially between major cities like Athens, Chalkida, Piraeus, Thessaloniki, but because the railway network is not dense enough to cover the need for domestic transportation, travelling by bus is in many parts of the country the fastest and cheapest way getting around, this especially apply in regions a bit further from the main cities, but intercity bus also compete with the train on main routes.

The quality of the buses service in Greece is fairly good, intercity buses in most regions are in good condition and the same goes for the majority of city and regional buses, but there are of course still buses around which soon need a replacement. The buses used for tourist transportation are usually quite new and in good condition.

The market for bus transportation in Greece is quite different compared to other European countries, because in most EU countries majority of the intercity bus traffic is handled by private bus companies, but in Greece this is not the case as more than 80% of the regional and intercity bus traffic is operated by more than 60 public bus companies called KTELs which mean “Common Funds of Bus Proceeds”.  The KTEL operate in different regions e.g KTEL Kavala is operating the bus station, the regional and city traffic as well as intercity traffic in Kavala and the region around it.

Private intercity bus companies do exist, but they mainly operate international intercity routes, like Athens to Istanbul or Thessaloniki to Sofia, but in some areas private companies operate routes to and from the airport.

Ticket for for international bus connection like Athens to Belgrade or Athens to Tirana and for some airport buses like Kavala to Kavala Airport can be bought online. Tickets for domestic bus lines can in most cases only be bought at the bus station, although more and more of the KTEL companies have started offering online sale of tickets, this have still not become the norm, but this will of course change like it has in all other European countries.

As mentioned above most bus companies doing scheduled traffic are KTEL type of companies, many of these also have a sister company offering coach hire and other tourist service, so in this segment they often compete with smaller privately owned bus companies specialized in bus service for tourists. Below you can find a list of the majority of the bus companies operating intercity buses or offering tourist bus services.

In most cities with a population above 5000 people you will find a bus station with a ticket sales office, in larger cities the bus station have more facilities like waiting room, coffee / snack bar, kiosk and in some cases also luggage storage, so below we have listed some of the major cities in Greece, click on the link to see address of the bus station and / or intercity bus stops in the cities.

Bus charter service is available in most Greek cities and on all the popular holiday islands in most places there are several companies operating bus rental services. Renting a bus in Greece is typically done via travel agents, in some cases the agents have their own buses in other cases they have agreement with the KTEL or local private bus companies. You can also rent a bus online, like e.g here. As mentioned above the general standard of the buses used for charter is quite high, but it can happen that older buses are used, especially on busy travel dates.

The KTEL companies operate city and regional buses in more than 60 cities, the standard of the city buses are usually reasonable, in some cities they have even started operating electrical city buses. The ticket system for the city buses vary from city to city, in some cities you have to buy individual tickets for each ride, in others you also have the option to buy day tickets or multi day tickets.

Covid-19 and bus travel in Greece, what restrictions apply?

As a result of the Corona Pandemic, travelers entering Greece should thoroughly inform themselves before travelling, not only about requirements for entering the country, being it by Air, Sea or land, but also about measures / restrictions currently applied, in relation to staying in Greece. The measurement e.g. for travelling by local or intercity bus are constantly changing and the Bus companies as well as passengers are obligated to follow the current rules, like e.g. wearing a facemask, . You can see the current number of Covid cases in the different Greek regions here. And you can see the official guidelines for visitors here.

Make sure to check your home countries rules for travelling to Greece, and also it is recommendable to check the coverage of your travel insurance.

Is it safe to travel by bus in Greece?

Yes, traveling by bus in Greece is quite safe, the probability of involvement in criminal offenses and traffic incidents is very small. As a tourist travelling in Greece you should of course be cautious and use common sense.

Are there sleeping buses in Greece?

No, sleeping buses are not allowed in Greece, but most long distance buses have comfortable reclining seats.

Greece, what is a better train or bus?

Depending on where you are travelling, the Intercity bus network is way more dense than the rail network, but there are travel combinations where trains are faster than bus, e.g on the Piraeus–Platy railway, from Piraues, via Athen to Platy.

Is bus travel expensive in Greece?

No, travelling by bus in Greece is quite affordable. This applies to Intercity as well as Urban buses.

Is there a bus from Greece to Turkey