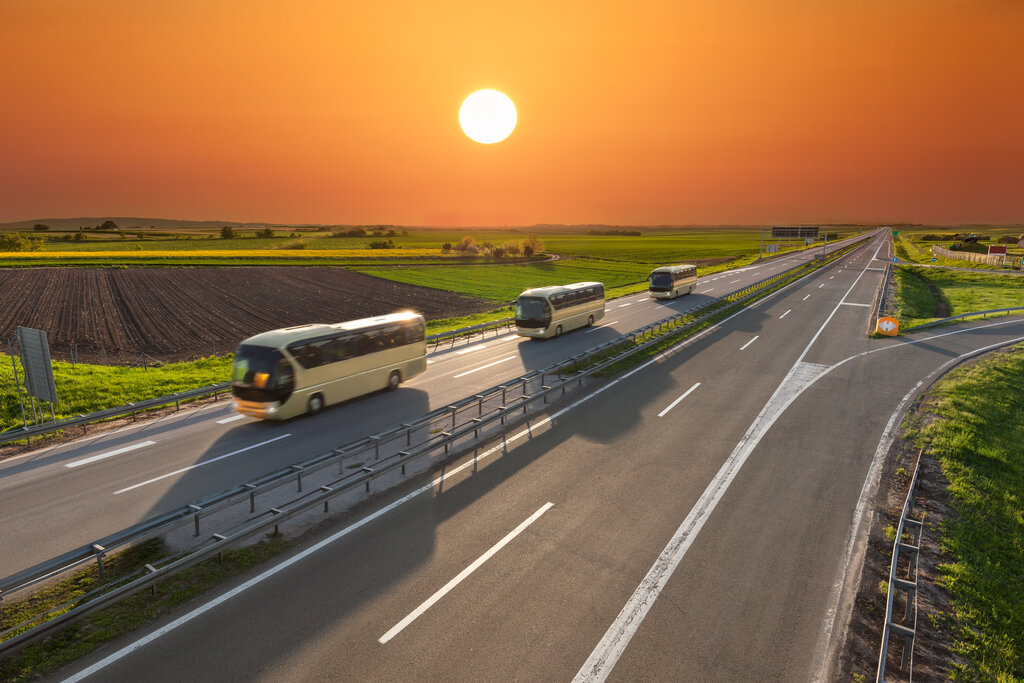 If you are planning to explore Ukraine, you can hardly avoid having to travel by bus. Although the country has a fairly good railway network, the bus is by far still the most common means of transportation between cities. Buses also account for a large portion of the people travelling to and from Ukraine. Many bus companies operate lines to Russia, Poland, Germany, Italy and other European countries.

Travelling by bus in Ukraine is very cheap compared to western Europe. One reason for this is that the bus fleet is much older, but of course the much lower salary level in Ukraine also has an impact.

So if you are used to travelling with intercity buses in Western Europe, you might have to lower your expectations a bit when you go to Ukraine. The domestic intercity bus network is dense and you can basically get anywhere with a bus. However, the quality of vehicles can vary a lot depending on where you are travelling. On routes where many tourists travel, you will find the majority of buses are in good or very good condition. But if you are travelling on less popular routes, you will in most cases end up on an older bus. Also on many routes, transportation is done in small buses. Some of them are old eastern European manufactures buses, but you might also end up in an Mercedes Sprinter or similar sized vehicles.

On international bus routes from Germany, Poland and Italy majority of buses are new or fairly new and equipped with everything you would expect from a good long distance bus. International buses to Russia, Belarus and other former Soviet states are usually a bit older but still suitable for long distance trips.

Tickets and timetable for intercity buses

Majority of Ukrainians buy their ticket at the bus station, but there is an increase in the online sale of tickets, especially for the international and long distance domestic routes. Tourists travelling to or within Ukraine buy a large number of the tickets online.

Timetable for the most common intercity buses, you can be found here at GetByBus. Timetable for short distance buses can be found at the bus station, but it is complicated to read it, so asking for the information is probably the best option.

As mentioned above, lots of people travel with buses, which of course also means there are lots of departures, especially between the larger cities. Below we have listed the most frequent routes, but you can of course use the search form to find any other domestic route.

In Ukraine there is almost a bus station in every city. In the larger cities like Kiev, there are multiple bus stations, usually there is one main station for most intercity buses, these stations usually have waiting rooms, toilets, kiosks, coffee bars and other useful stuff for travellers. Majority of buses depart from the bus stations. In any case if you buy a ticket upfront the exact location should be stated on the ticket. Click on the city name below to see bus stations and stops in the respective city.

If you are a tourist group who needs a charter bus to take you from the airport to your hotel, or between two cities, you can of course hire a coach. Most of the larger bus companies mentioned above have buses for rent, but alternatively you can also contact your hotel or a local travel agency. Buses used for bus rental are in most cases fairly new and equipped with everything you need for a comfortable trip.

A Ukrainian speaking guide might be useful for your group, you might want to hire one or make sure that the driver speaks English, which is not always the case.

If you are a bus company operating in Ukraine and wish to be included in this document, please feel free to contact us, which you can do here.