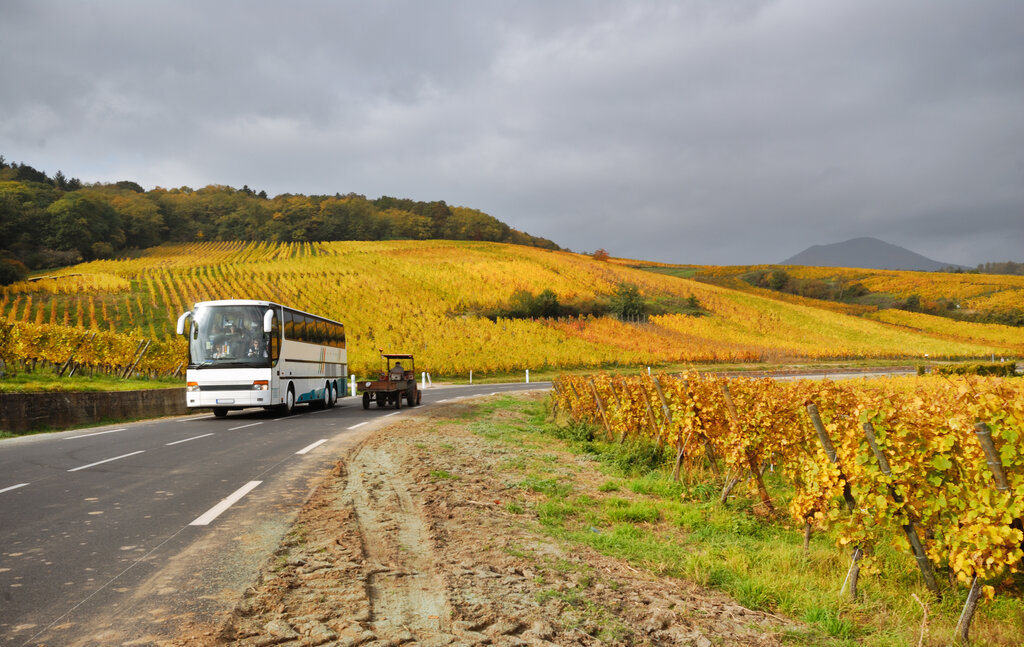 Travelling by bus in France wasn’t nearly as popular as it is today. Just several years ago, long-distance and inter-urban transportation was basically non-existent. Majority of these long-distance buses were just passing through the country and continuing to other European destinations. In 2015, a state law nicknamed the Macron Law was voted. The law liberalized coach travel in France, allowing other bus companies to start operating intercity routes. Based on the recent data, passenger travel by coach in France keeps increasing each year. Public transportation in larger cities is also well-developed, as are buses from the airports and bus tours.

As mentioned above, liberalization of the bus market in France allowed new, smaller bus companies to start operating long-distance routes. Before 2015, the majority of passengers used state-owned railway company SNCF for inter-regional transportation. However, bus travel on these distances is a cheaper and faster alternative. That is why more and more people use coach travel in the country.

There are two main bus companies in France which serve the majority of intercity routes – Flixbus and BlaBlaBus. French subsidiary of Flixbus absorbed several smaller companies and their routes, such as Eurolines and Megabus. On the other hand, BlaBlaBus, formerly known as OuiBus and iDBUS, has partnered with Starshipper.

According to the latest data, about 9 million people travel with intercity coaches in France, which is an increase of 26% when compared to the previous year. This only proves that intercity travel in France is becoming more and more popular.

Timetable for intercity, regional and local buses can be easily found online. As an alternative, you could always get the information at the main bus station. COVID-19 pandemic has altered people’s behaviour regarding ticket purchase. To avoid physical contact, more and more French people buy tickets online. In some French regions, certain companies offering urban or suburban lines have implemented ticket purchase via SMS. Of course, each company has its own policy, so we recommend checking if this option is available. As for the ticket prices, there shouldn’t be major differences between buying a ticket online and at the bus station.

Domestic bus routes in France can be divided into urban and interurban routes. Urban network is usually organized by each city or municipality, while interurban transport comprises bus routes between cities in different French regions. Generally, departures between larger cities are more frequent, while connections between smaller cities or villages are not that frequent. Below, we have listed some of the most popular domestic bus routes in France. If a specific route is not in the list, use our search form to find your desired combination.

Position of France allows it to be well-connected with other neighbouring countries. That is why the majority of international bus routes go to Spain, Italy, Germany and the countries of Benelux. Additionally, one of the most popular routes is the one connecting Paris with London, with several daily departures between two cities. Below we have listed some of the most popular international lines from French cities.

Due to its size, France has dozens of airports where passengers can fly into. Depending on the airport and its location, passengers can choose between metro, trains or buses to reach the nearby cities. However, airport buses, often called navettes are sometimes easier and cheaper ways of transportation. Basically, the majority of French airports offer an airport shuttle to the city. In addition, these buses can connect airports with other nearby cities and destinations. Below are listed the most common airports in France, and you can read more about airport shuttles in each of the following posts.

Being a popular country for tourists, France has dozens of bus companies operating in the country. Apart from the ones serving regional and intercity routes, there are a lot of French bus companies offering bus tours, airport transportation and trips to ski resorts. Usually companies combine regular transport with other services such as bus rental. Below we have listed some of the most popular bus companies in France.

Similar to other larger European countries, bus stations in French cities are usually located in the city centre. Bigger cities like Paris or Lyon have multiple bus stations, while smaller cities usually have one. In either case, stations can be recognized by the sign saying Gare Routière, followed by the city name. Since 2015 and the expansion of intercity routes, some bus stations have been renovated to accommodate more buses. In larger cities, bus stations usually have amenities such as toilets, coffee bars, ATMs, kiosks and so on. To get more information, click on the city name below.

Hire a coach in France

Renting a bus in France should not be a hassle, as many bus companies offer this option, in addition to providing regular bus lines and bus tours. As expected, bus rental is centered around larger cities like Paris or Lyon. Moreover, you could rent a coach from other popular tourist destinations, especially in Côte d’Azur region and cities like Marseilles or Nice. Depending on the company, most buses are in decent condition and equipped with all the necessary amenities for longer trips. The majority of larger companies have dedicated English speaking staff to deal with bus charter, but it is often easier to let a travel agent handle the contact with a bus company.

City buses in France operate at a local or regional level, serving larger French cities and their greater areas. Some of the public bus companies are subsidiaries of a larger group, while others are smaller, private companies. In about 30 cities in France, public transport is free of charge. In other cases, tickets for public buses can be bought at machines located in the bus stations, at local tobacco shops or on-board from the driver. Below are listed companies which provide public transportation in larger cities in France. To get more information, click on the name of each city.

Covid-19 and bus travel in France

Since Covid-19 measures keep changing for each country, it is best to be updated regularly if you plan a trip to France. All the information given by the French government regarding Coronavirus and travel restrictions can be found here. Also, we recommend that you check the restrictions for your own country, as it is possible that additional things like negative Covid-19 test or self-isolation would be required for your return. French bus companies are obliged to comply with new regulations such as mandatory mask wear or keeping a distance in the buses, so make sure to check this information beforehand.

Can I bring my pet on the bus in France?

Latest information say that 2 major bus companies in France, Flixbus and BlaBlaBus don’t allow dogs in the buses, except for guide or assistance dogs. Other companies may allow pets, but be sure to check it before travelling.

Is it safe to travel by bus in France?

Yes, traveling by bus in France is generally very safe.

Do the buses in France have Wi-Fi?

If you’re travelling on a longer intercity bus route in France, it is highly probable that the bus will have Wi-Fi service. This of course depends on the bus company. Additionally, local city buses are usually equipped with wireless internet, but again, this varies depending on the city.

Can I buy a ticket on the bus in France?

Are buses modern and safe in France?

Yes, in most cases buses are well-equipped and in good condition. Majority of buses travelling on longer intercity routes should be quite modern. Regional and urban buses can be in somewhat poorer conditions.

Are there sleeping buses in France?

Do the drivers in France speak English?

This again depends on the company. However, drivers on rental buses usually speak English. On other bus types, it’s better to assume they don’t.

Is my luggage safe when I travel on a bus in France?

Luggage in France is handled as anywhere else in Europe. Losing a suitcase could happen (e.g if a fellow passenger takes the wrong suitcase), but not that often. We recommend that you never keep valuable items in luggage for the hold!

If you operate a French bus company and would like to be included in this list, you are more than welcome to contact us, we also can offer you the access to an easy platform for managing bus rentals in France.