If you’re planning to visit Croatia you have 9 international airports which have regular commercial flights, whole or parts of the year. Three out of nine airports are located on an island – Rijeka Airport on Krk, Brac Airport and Losinj Airport. Despite Croatia being a small country, picking the closest airport can often save you quite a bit of travel time, especially during the busy summer months when traffic on the Croatian roads can be dense.

This airport is obviously the one to pick if you are travelling to the Croatian capital Zagreb, but it is also the optimal airport if you are travelling to cities like Varazdin, Karlovac or Plitvice lakes. Often, it is also the best choice when travelling to cities in the north eastern part of Croatia like Slavonski Brod, Vinkovci and Vukovar, but Osijek airport which is much closer to those cities, might be an alternative option. NOTE: Zagreb airport is the main hub for Croatian airlines which operates all domestic flights in Croatia, so if you are not able to find an international flight to any of the other airports in Croatia, you can consider using Zagreb airport as a hub.

More information about travelling from Zagreb airport to city centre and other relevant destinations you can find here:

Split airport is situated in Kastela, close to Trogir and about 23 km from the centre of Split. The airport is suitable if you are travelling to Dalmatian islands like Ciovo, Solta, Hvar or Brac which have ferry or catamaran connections to Split. Airport Split is also the closest airport when travelling to cities along the Dalmatian coast between Split and Ploce, and Trogir and Sibenik. Due to the many international connections Split is also often the best airport to choose when travelling to Mostar, Medjugorje as well as other towns in the western part of Bosnia. Split airport is the fastest growing airport in Croatia and in 2018 it has surpassed the 3 Mio. passengers mark for the first time and the number is constantly growing.

More information about travelling from Split airport to city centre and other relevant destinations you can find here:

More information about travelling from Dubrovnik airport to the city centre and other relevant destinations you can find here:

When travelling to Zadar or towns in middle Dalmatia like e.g Biograd, Sukosan or Nin, Zadar Airport is the best choice. This also applies if your are going to the northern Dalmatia islands like Ugljan, Pasman and Dugi Otok which all can be reached via ferries and catamarans from Zadar. Zadar airport is also the closest airport when travelling to the popular festival towns; Novalja which is located on Island Pag and Tisno on the mainland.

More information about travelling from Zadar airport to city centre and other relevant destinations you can find here.

More information about travelling from Pula airport to the city centre and other relevant destinations you can find here.

Osijek Airport is not that busy as the rest of the airports but it still has several regular domestic flights and seasonal international flights. The airport is located in Klisa, a village 20 kilometres southeast of Osijek centre. There are no shuttle buses to and from the airport. 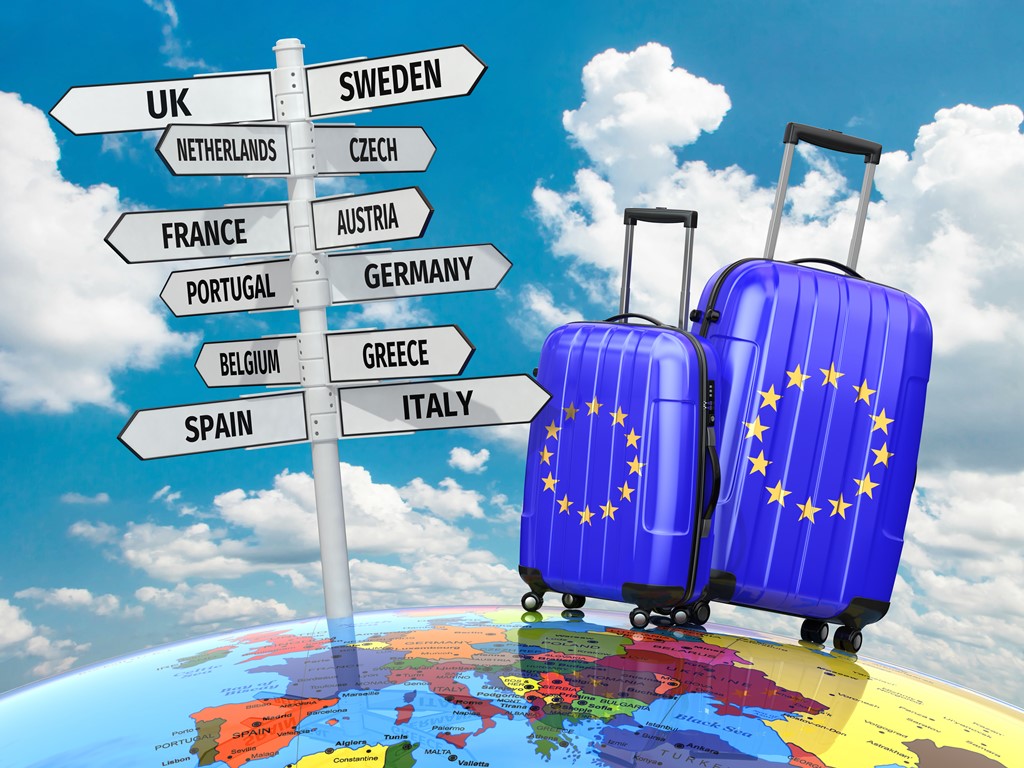 More information about travelling from Rijeka airport to city centre and other relevant destinations you can find here:

Brac Airport is not as busy as the rest of the mainland airports but it gets a decent amount of seasonal passengers when the airport introduces charters to Austria, Netherlands and Belgium. The most popular flight, however, is the seasonal flight between Brac Airport and Zagreb Airport.  The airport is located in Vesko field, near Bol. There are no organised shuttle buses to and from the airport so a taxi or a booked transfer would be good option.

The smallest airport of all Croatian airports is located 6km from the centre of  Mali Losinj. The airport only has seasonal flights, one to Zagreb and two to Venice (IT) and Lugano (CH).

Good to know when flying to Croatia

During summer season there is a large number of scheduled flights from the UK, Ireland, Scandinavia, Germany, France and other countries to all of the 6 above mentioned airports. In the winter season most international flights go to Zagreb, but there are also a few routes to Split and Dubrovnik which operate all year around.

Here you can see all airports in Croatia (and other Balkan countries) on a map.