Venezuela is a country in South America that boasts a unique landscape that is a true paradise for visitors. Despite the current political instability, Venezuela is a proud home to the Caribbean coast and islands, Andean peaks and the highest waterfall in the world, Angel Falls.

If flying to Venezuela, it is good to know that there are around 60 airports in the country. In this guide, we will present to you most Venezuelan airports in order to help you organize your trip. At the end of a post, you will find a map of all airports in Venezuela for easier navigation.

NOTE: Due to the current Venezuela crisis, certain data about airports are not available at the moment.

Simón Bolívar International Airport, also known as Maiquetía, is an airport located in Maiquetía and serving Caracas, the capital city of Venezuela. Therefore, Caracas Airport is the busiest airport in the country and the most important international gateway. The airport usually handles around 4 million passengers per year and serves as a hub for Conviasa and LASER Airlines. Generally, there are several airlines offering flights to the rest of South America, North America, Europe and the Middle East, but due to the current situation, many international airlines left the country. However, the airport is located about 27 km from Caracas city centre, offering buses, taxi service and private transfers to get to the city. Other nearby cities include Guatire, Los Teques and La Victoria.

La Chinita International Airport, as it is officially called, is an airport serving Maracaibo, the second-largest city of Venezuela. There are several airlines operating the airport, serving primarily regional flights. The main airlines include Conviasa and Venezolana. Usually, the airport handles 2-3 million passengers per year. Maracaibo airport is located less than 20 km from Maracaibo downtown which makes it easily accessible. Getting to Maracaibo city centre can be done by bus, taxi, private transfer or a combination of bus and metro. Maracaibo is the main tourist centre, but there are several other destinations nearby including Cabimas and Ciudad Ojeda.

Arturo Michelena International Airport, as it is officially known, serves the Venezuelan city of Valencia. The airport was named after a famous Venezuelan painter. There are several airlines operating the airport, including Avior Airlines, LASER Airlines and Turpial Airlines. If you’re not transiting and you need to stay in Valencia, it is good to know that the airport is only about 12 km from Valencia downtown. Still, due to the current situation, detailed information on transport options is not available. If Valencia is not your final destination, several nearby cities include Guacara, Mariara and Maracay.

Porlamar Airport, or fully Santiago Mariño Caribbean International Airport, serves the city of Porlamar, on Margarita Island. The airport has one terminal and several airlines of which the largest ones are Conviasa, LASER Airlines and a low-cost carrier Venezolana. The airport is located about 20 km from the city, but due to the current situation, detailed information on transport options is not available. Besides Porlamar, there are several other attractive destinations on Margarita Island, including Pampatar, El Yaque and Juangriego.

General José Antonio Anzoategui International Airport, as it is officially called, is an airport serving the Venezuelan city of Barcelona. The airport offers primarily regional flights and airlines operating the airport include Avior Airlines, Conviasa, LASER Airlines and RUTACA Airlines. The airport is located basically in the city, only about 6 km from Barcelona downtown. If Barcelona is not your final destination, several other cities are nearby, including Puerto La Cruz, Caicara, Lecheria and Cumana.

Jacinto Lara International Airport or Barquisimeto Airport serves the city of Barquisimeto. The airport primarily serves domestic routes with connections to Caracas and Porlamar being the most popular. The airlines operating the airport include Conviasa, LASER Airlines and a low-cost carrier Venezolana. The airport is located in the city, approximately 5 km from the city centre which makes it easily accessible. Several other destinations located near the airport are Cabudare, Yaritagua and National Park Terepaima.

Josefa Camejo International Airport, as it is most commonly known, is an airport serving the Paraguana peninsula. The airport is officially located in Los Taques municipality, in the city of Judibana. The airlines operating the airport are Albatros Airlines and Conviasa, with many suspended routes, as well. Transportation options to and from the airport are unclear at the moment. Other cities that are located close to the airport are Guandito, Punto Fijo and Punta Cardon.

Manuel Carlos Piar Guayana International Airport is an airport located in Ciudad Guayana which is divided in two centres – San Felix and Puerto Ordaz. Therefore, the airport is also called Puerto Ordaz, due to its location. There are several airlines operating the airport, including Avior Airlines, LASER Airlines, and Conviasa. The airport is basically located within the city, just a few minutes from Puerto Diaz downtown. San Felix is located about 17 km from the airport. Besides Ciudad de Guayana, among the other nearby destinations is Ciudad Bolivar.

José Tadeo Monagas International Airport, or simply Maturin Airport, serves the city of Maturin. Several airlines operate the airport including Conviasa, Estelar Latinoamerica, Turpial Airlines and a low-cost carrier Venezolana. The airport is located close to Maturin, only about 8 km from its city centre. Due to the current situation, detailed information on transport options is not available. Other nearby destinations include smaller towns such as San Vicente, El Corozo and El Furrial.

Mayor Buenaventura Vivas Airport or Santo Domingo Airport serves Santo Domingo or Santo Domingo del Tachira, as it is also known. The airlines operating the airport are Conviasa and Estelar Latinoamerica, both providing connections to Caracas Airport. The airport is located around 10 km from the city centre which makes it easily accessible. Other nearby destinations include San Rafael del Pinal, Naranjales and San Cristobal. 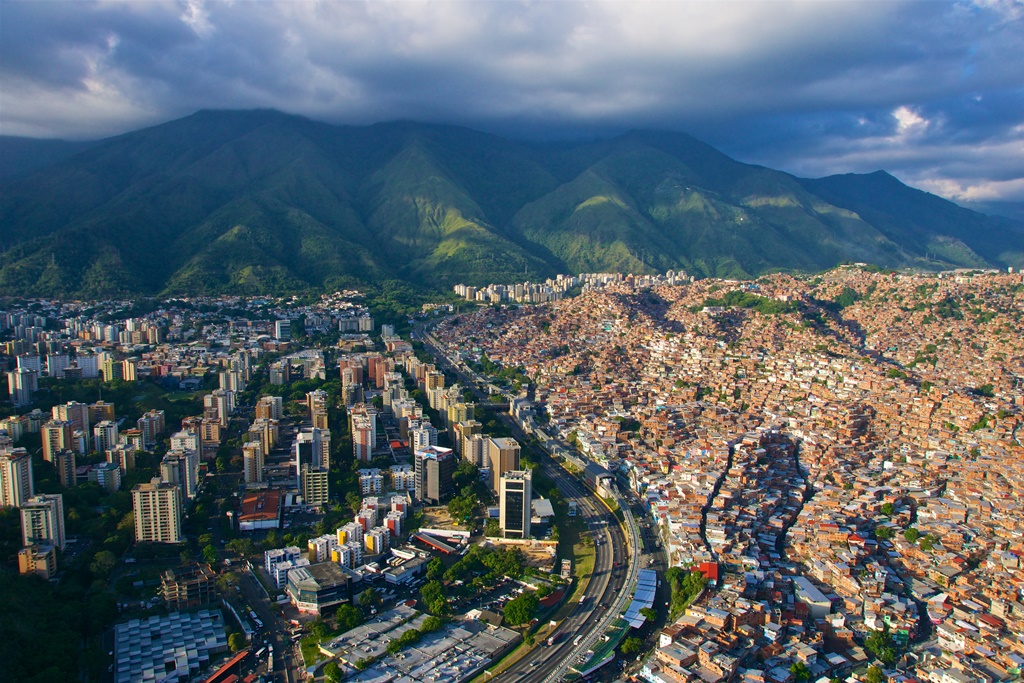