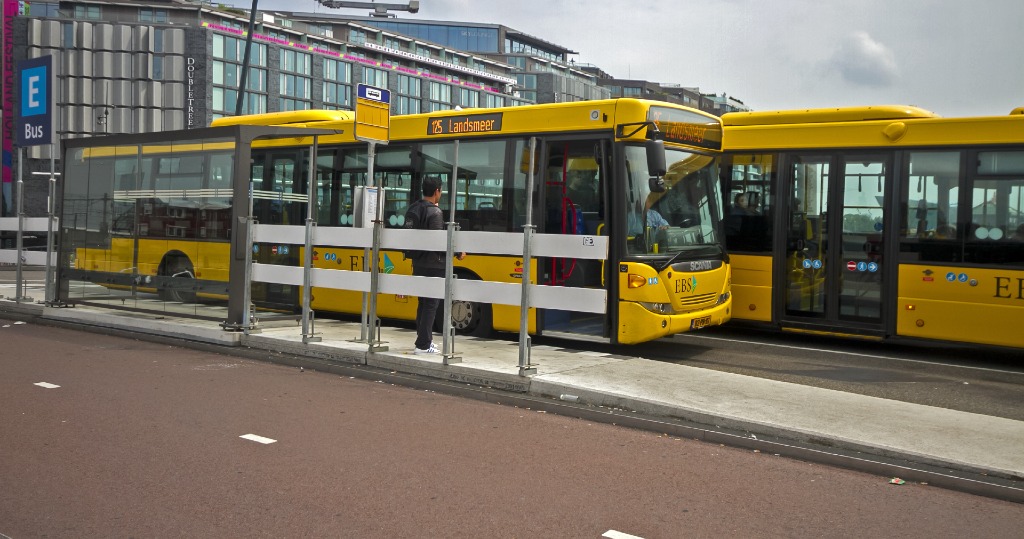 The UK bus market was the first to be deregulated in Europe. Going as far back as 1986, the majority of the market for intercity and local buses in England, Scotland and Wales were gradually turned into services based on the “free market” principles. The London buses were excluded from the 1985 transportation act, the privatisation of them followed in 1994. The existing publicly owned bus companies across the country were sold to private investors and in some cases bought by the management and employees of the companies.

In the years following liberalization, there was fierce competition for market share. Operators who used to have a monopoly on profitable routes now had to face competitors entering their domain. By the end of the 90s, the following 5 companies: Arriva, First, Go-Ahead, National Express and Stagecoach had a 70% of the market for the city, regional and intercity buses. Many of the companies taken over by the “big 5” still operate the services under a local brand. In Scotland, the main bus company is Scottish Citylink and in Wales the dominant operator is TrawsCymru.

The market for coach hire and coach tours is shared between hundreds of often very small and locally operating bus companies.

Intercity coaches in the UK

Despite the UK having a dense railway network, intercity buses are very popular in England, Wales and Scotland. This is due to the low prices and the main routes offered. The quality and comfort of the coaches used on intercity routes are very high. Usually, buses are less than 3 years old and equipped with reclining seats, air conditioning and other comfort features.

Tickets for intercity coaches can be bought online and in larger cities at the bus station. The types of tickets offered to depend on a company. Some companies have discount tickets for children, others have different fare types like Restricted Fare, Standard Fare and Fully Flexible Fare. Most operators have dynamic pricing, so the price will vary depending on when you travel and when you buy your ticket.

Domestic coaches are a great alternative to travelling by train or car. In most cases, it is the most environmental and economic way of travelling. There is of course lots of daily departures between all the larger cities. However, all the smaller cities are connected to larger cities in their region. Many intercity coach routes also include stops at airports, which is very convenient for travellers not having to change the mode of transportation, when they e.g travel from Manchester airport to Liverpool. Below we have listed some of the most popular domestic coach routes.

Obviously, the UK as an island is a bit limited when it comes to international coach routes. However, when going to the following 5 countries: Northern Ireland, Ireland, France, Belgium and Netherlands there are buses operating on a daily basis. All international coach routes of course include a trip with a ferry, which is actually quite convenient. The buses to France, Belgium and Netherlands, drive from London and other cities in the southern part of the UK. The buses to Northern Ireland and Ireland drive from Glasgow and other cities in Scotland and the northern part of England. Below we have listed some of the most popular international coach routes from the UK.

Airport buses in the UK

All the major airports in the UK have well organized public transport to and from the airports. In the case of the larger airports like e.g. Heathrow, Stansted or Gatwick, public transportation includes train and buses. In the case of the smaller and mid-sized airports, there is almost always an airport shuttle to the nearest large city and to other cities in the region. In general British airports are well organised, so it is usually easy to figure out which transport options are available from the airport. Also, most airports have good on-site navigation, so finding where buses or trains depart/arrive is usually easy. Here are some of the airport bus connections with the most passengers.

Bus companies in the UK

In the UK there are hundreds of coach/bus companies. The majority of them are small local players typically offering school or workplace commute services, coach hire and coach holidays. Many of the brands operating on the market are part of the 5 big companies I mentioned above. For example, Megabus is a brand of Stagecoach and Green line is a part of Arriva. Below we have listed some of the most well-known coach companies in the UK.

Bus stations in the UK

In all large and mid-sized cities in the UK, you will find a dedicated bus station. In most cases, the bus station has a terminal building with a waiting room and toilet. In many cases, there are also amenities like kiosks, fast food, ATM and luggage lockers. Some of the coach terminals are referred to as an interchange, which means you have more mode of transportation available from the location. In cities without a bus terminal/station, there is usually a clearly marked curbside stop location. In a rainy country like the UK, the stop usually has a shelter. At many of the larger airports, there is also a dedicated departure and arrival area for buses. Below we have listed some of the busiest bus terminals in the UK.

Hiring a coach is very common in the UK which is reflected in the number of companies offering this service. Almost in any city with a population of more than 10.000 people, you will find at least one company offering coaches for hire. The standard of the coaches for hire is usually very high. Most companies operate with new or fairly new vehicles equipped with amenities adequate for comfortable group travel.

Prices for hiring a coach can vary a lot, so it pays out to request a quote from several companies or to use the dedicated bus rent platforms, which usually can provide you with the best offer.

You of course know the iconic London buses, but did you know the following interesting facts about them.

If you are visiting Scotland and need to travel around one of the following 4 companies Scottish Citylink, Stagecoach, Megabus and National Express will be your operator. These companies more or less run all intercity buses in Scotland. Within the cities, there are other operators. In Edinburgh and surrounding, the operator is called Lothian, in Aberdeen and Glasgow, city and regional buses are operated by First Group.

If you are planning to visit some of the many whiskey distilleries on the Scottish west coast, you can get around with the company West Coast Motors. It is the main operator on the west coast.

The majority of public transportation in Northern Ireland is handled by Translink, which operates the following brands. Ulsterbus, which is the main bus brand in North Ireland. Ulsterbus lines operate in all parts of the country. In Belfast, Translink also operates the Glider which is a bus rapid transit system. You can find more timetables and other travel information related to Northern Ireland here.

Bus in the UK FAQs

What is the difference between a coach and a bus?

A bus that travels a longer distance is usually referred to as a Coach (Motorcoach) in the UK. That means that the term coach is used when you speak about higher-quality buses equipped with comfortable seats, luggage racks, baggage holds, and other amenities. In UK terms coaches are usually used for intercity bus routes, tours and travel.

You can find information about current Covid travel restrictions in the UK here. And here you can find rules in Scotland. Rules which currently apply in Wales here. Also if you plan to travel to the UK, please check your resident countries rules before travelling, stay safe!

How much is a bus in the UK?

Is it safe to travel by bus in the UK?

Generally speaking yes, if you act as a responsible traveller it is very unlikely that anything would happen to you.

Which is the best bus company in the UK?

In general bus companies are very good in the UK, defining which one is the best depends on which criteria it should be based on.

If you operate a British coach company and would like to be included in the list, you are more than welcome to contact us, we also can offer you access to an easy platform for managing bus rentals in the UK.