Best small towns to visit in the UK

There are numerous reasons why someone should visit United Kingdom – wonderful landscape, vibrant cities, rich history, welcoming people, the list can practically go on forever. However, a lot of people wish to experience true British lifestyle. Go on a tour with our list of top 10 best small towns in the UK which will definitely catch your attention.

Ever seen a town that looks like it got stuck in the Middle Ages, but it is still modern in its own way? Well, Rye in the county of East Sussex perfectly matches this description. The origin of its name is quite interesting – Rye, (or rie) originally meant the bank of a river and the town is surrounded by three rivers. Throughout the centuries Rye used to be one of the most important harbours in England while today it mostly focuses on tourism. Visit Ypres Tower – a museum which used to be a prison, and what’s best, you can even climb up to the top for a spectacular view on the harbour.

Even though it has a little over 1100 residents, Burford in Oxfordshire got listed on Forbes’ list of top 10 best towns to live in (and on top of that, it was the only British town on that list).  So why is this small town so special? It is mostly the atmosphere in the town – people are very positive and welcoming, everything is so well-connected and peaceful. Visit The Tolsey Museum where you can find out interesting facts about Burford life and customs and how it all used to look like centuries ago. 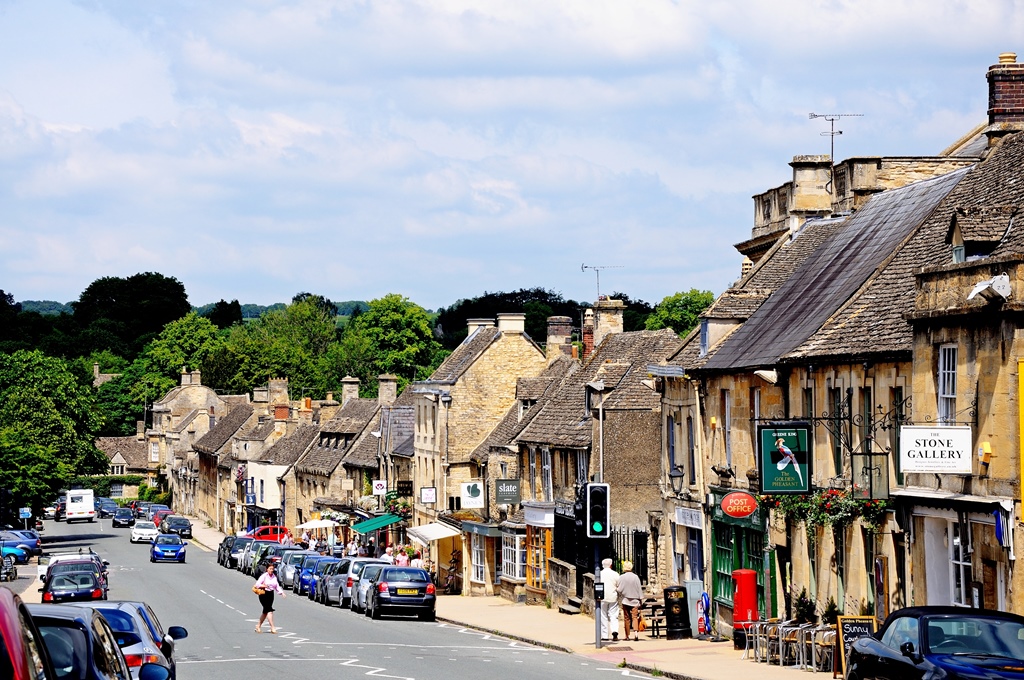 Stamford in Lincolnshire county is often called “the finest stone town” in England mostly because of its picturesque houses and idyllic landscape. As a matter of fact, Stamford was used as a filming location for famous movie adaptation of Jane Austen’s Pride and Prejudice. Stamford is the best known example of Georgian architecture which dominated in England through 18th and 19th century – stone and brick with typical colours like red and brown. Although it might seem this little town got stuck in time, you would be surprised how lively it actually is. There are over thirty pubs in Stamford so you definitely won’t get bored. As for the landmarks, we recommend visiting Burghley House  – old Elizabethan mansion which can also be seen in Pride and Prejudice movie. 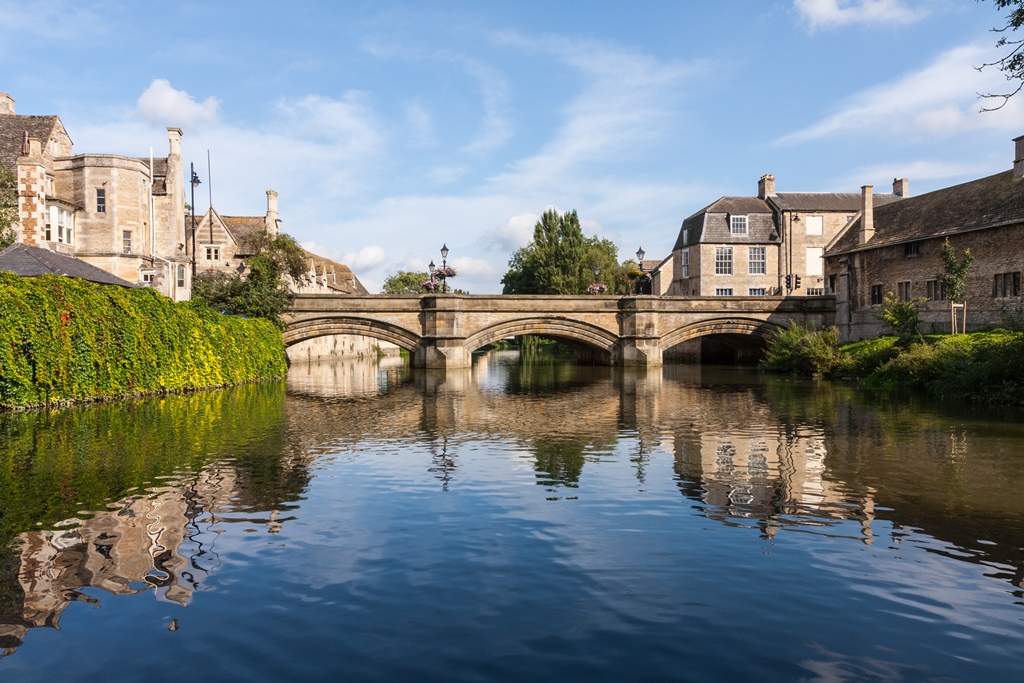 A dash of Italy in Wales? Is that even possible? Of course it is, and you can find it in Portmeirion in Gwynedd, North Wales. The story behind the construction of Portmeirion is quite interesting. The town was built during the last century by Sir Clough Williams-Ellis. He was a prominent architect at that times and his idea was to bring the Mediterranean to Wales and at the same time mix it with his own unusual designs. And although Portmeirion looks like an Italian village, the styles are mixed in quite an unusual way : art-deco pieces combined with pastel colours, palm trees, Buddha statue, etc. But one thing is for sure – you can’t get bored in Portmeirion! 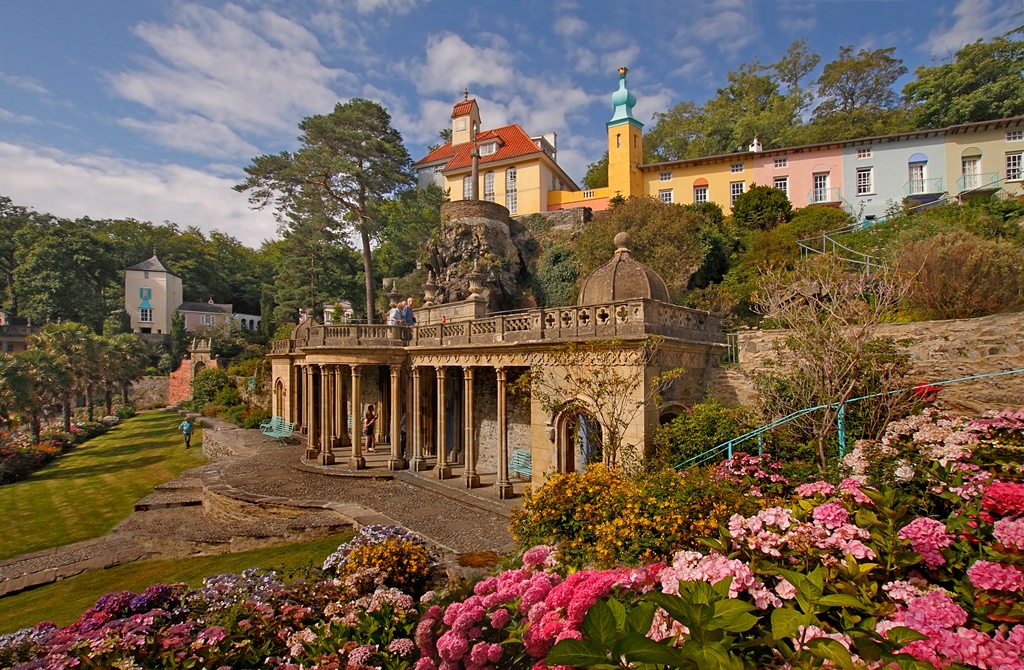 The town of Crail is situated in historic county of Fife in Scotland and it is one of the most attractive coastal towns in Scotland. When someone would have to describe Crail with only one word, that word would be – calming. This charming town-village has a little over 1500 residents but it definitely doesn’t lack popularity. Crail is actually a town which rose from old royal harbour and it also had a castle above the harbour but, unfortunately, all the remainings were removed in 18th century. Visit typical Scottish Tolbooth (tolbooths are the main town halls in Scottish burghs), Crail Museum and Heritage Centre. The entrance is free and during summer there are even free professional guided tours. 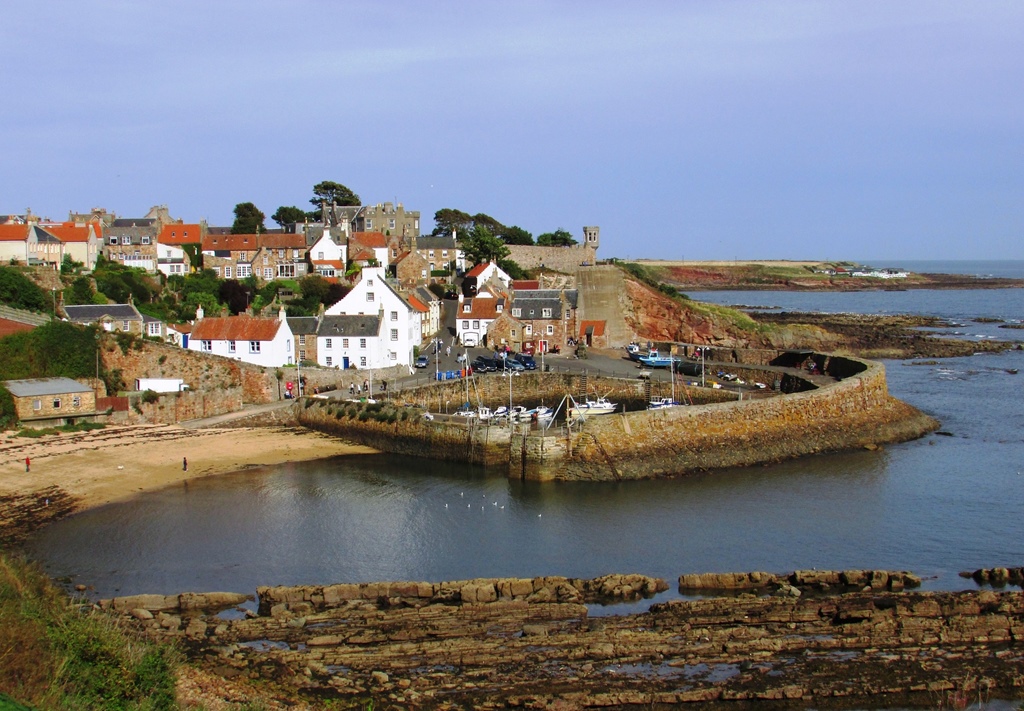 I’m sure everyone has heard of the timeless classic, Bram Stoker’s Dracula, but only few know that the writer was residing in Whitby while he was writing this gothic horror masterpiece. What inspired him most was the famous Whitby Abbey (or its ruins, to be more precise), St Mary’s Church and its 199 steps which lead up to church. Some even dare to say that Whitby is haunted because there were several cases of (alleged) paranormal activities. Nevertheless, Whitby is a town with best fish and chips in England so make sure you get yourself a portion if you ever go there. And what about hunting for remaining dinosaur fossils? Yep, it’s possible in Whitby – people usually search for them on the shore after storms. 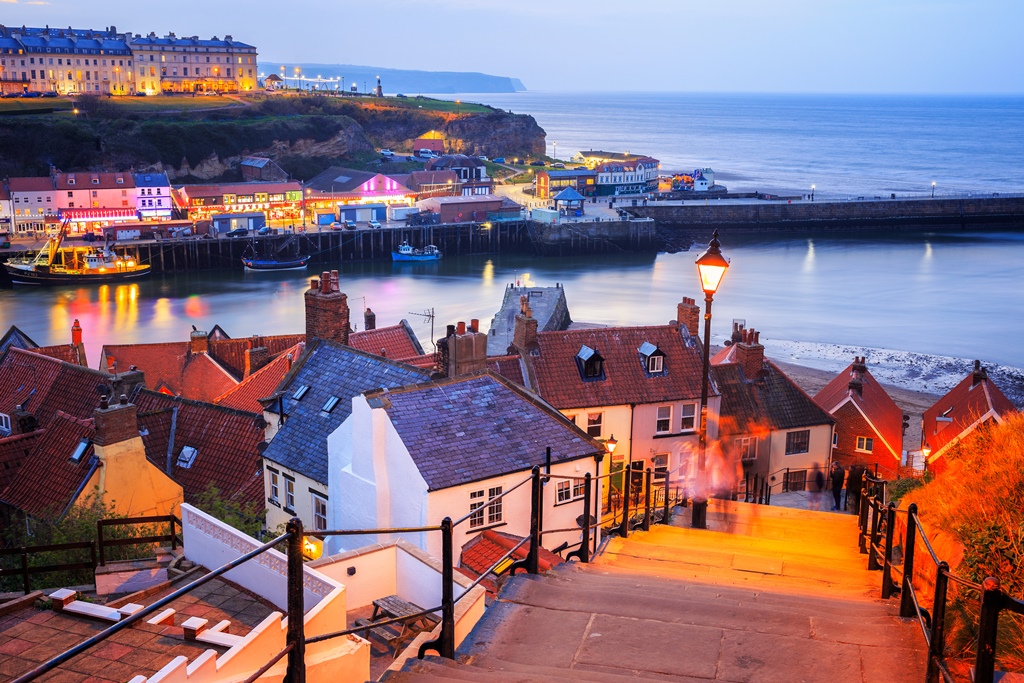 Shanklin is definitely one of the most picturesque towns in the UK which is why the locals decided to make use of it and turn it into a popular seaside resort. The houses in the centre of Shanklin are absolutely amazing, it almost feels like you’re in a fairytale. However, the story is different on the seafront – clean, sand beaches and numerous water sport activities for all generations. There is even a golf court installed near the beach! Tourists also like to visit the so-called Shanklin Chine – amazing gorge with marked paths which over night becomes magical thanks to colorful lights set throughout the gorge. 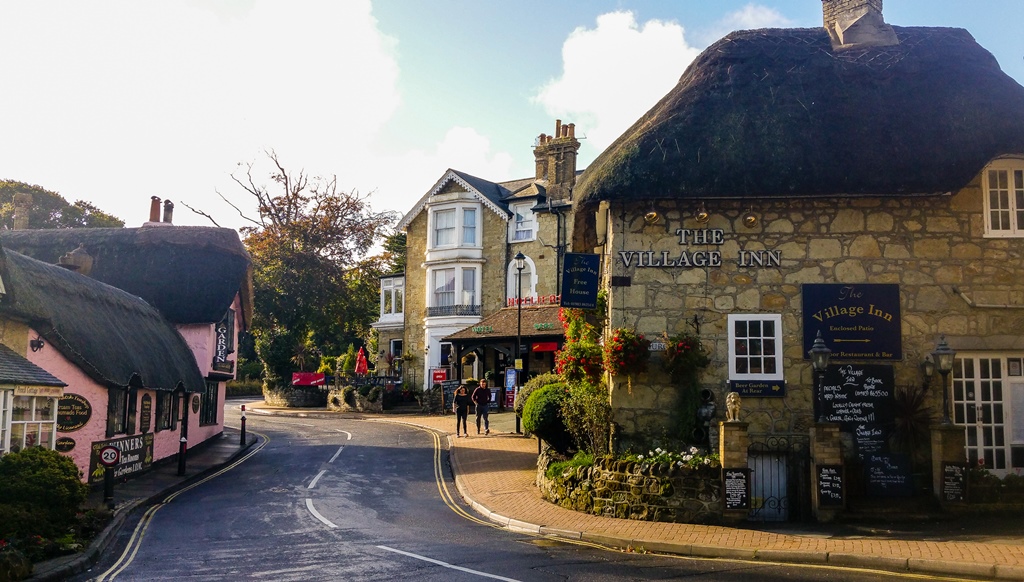 Although it might seem as some plain port town at first, Ballintoy is much more than that.  This small town gained on its popularity after being a filming location for Game of Thrones series. More precisely, the harbour in Ballintoy doubled as the Island of Pyke when Theon Greyjoy decided to return to his home. Still, Ballintoy was already well known before the series. The famous tourist sights, Carrick-a-Rede Bridge and Giant’s Causeway, are only 10-15-minute drive from the town! 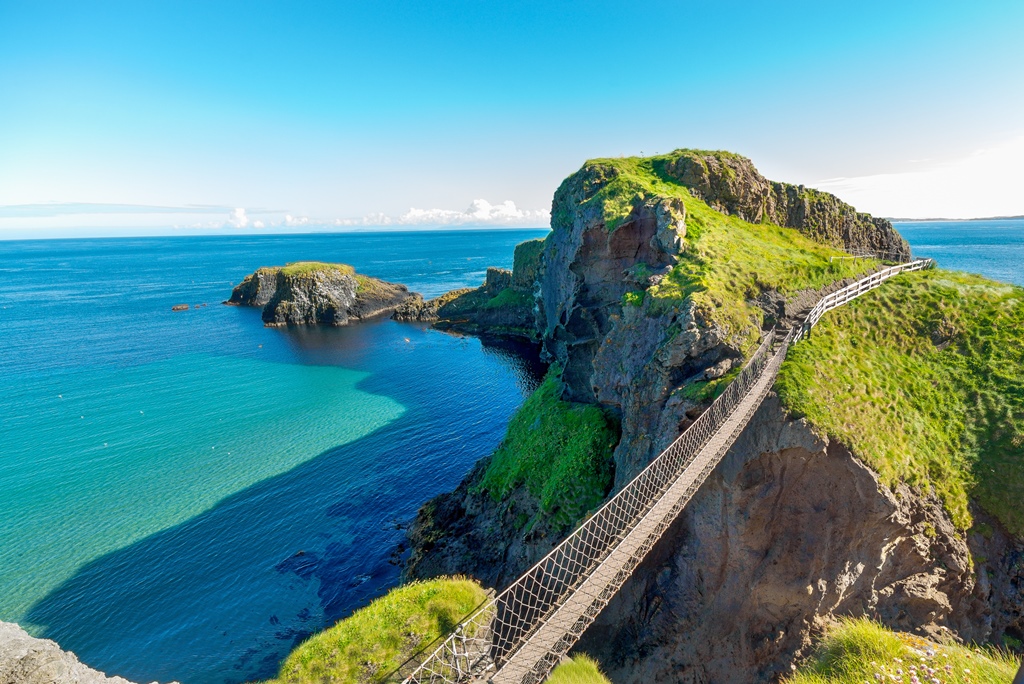 Bakewell in Derbyshire,East Midlands surely has to be the “sweetest” town on this list. Why? If you have heard of (or better, tasted) Bakewell pudding then you know what we are talking about. The story behind the pudding is quite interesting – the dessert was made by mistake because the order of mixing ingredients was completely wrong. However, the locals seemed to like it and the rest is history. Bakewell is also part of Peak District National Park and it is the only town in the territory of the park. It is perfect for trekking, hiking, climbing, exploring caves and even paragliding which is very popular activity in this national park. 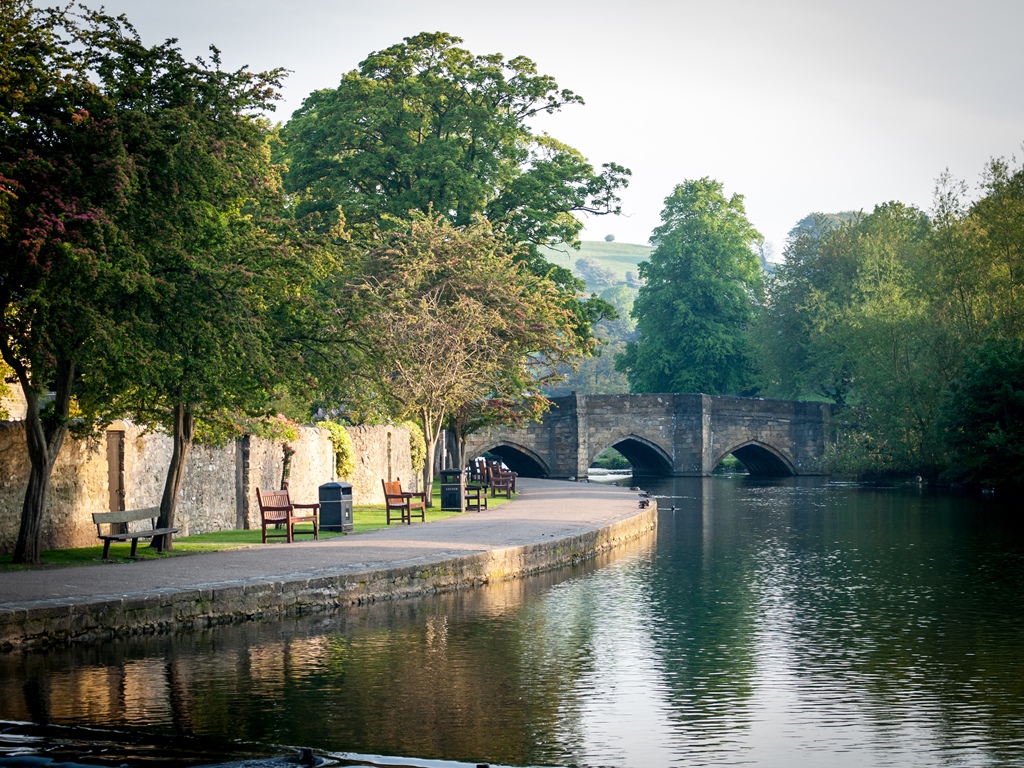 The last on our list is a charming town on the coast of Western Wales. Aberystwyth has been one of favourite summer resorts in Wales. The most lively part of this town is its two-kilometre long sea waterfront – always full of people jogging, cycling, walking or simply enjoying the sun. You can either climb up to famous Constitution Hill or try out cliff railway – one of the longest in entire Britian. And once you get up there, the perfect 360° view is guaranteed. Aberystwyth Castle is also worth visiting – the castle was constructed in 13th century although unfortunately, it didn’t remain much of it. 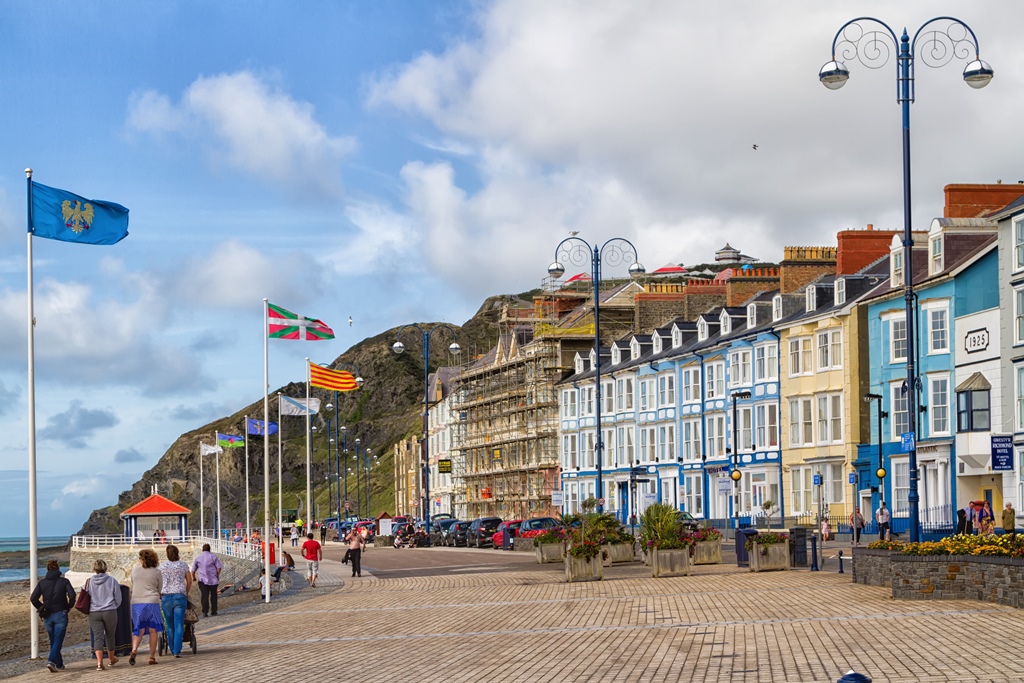