Australia, a unique island-continent has been a popular travel destination for decades. Its multicultural heritage and temperate climate makes it a captivating spot for all travelers. Australia has more than 600 international, domestic and private airports.
Here, we’ll summarize all the important ones, with a helpful map of Australian airports placed at the end of the text.

Sydney Airport is the largest Australian airport and a primary hub for Qantas, Virgin Australia and Jetstar airlines. Airport is also well connected to New Zealand, thanks to regular flights handled by Air New Zealand. Airport in Sydney has 3 large terminals, with a runway separating the International terminal from the other two. Informally known as Mascot Airport and Kingsford Smith Airport, it’s located about 10 kilometers south of the city. There are numerous options of getting to the city. Airport shuttles, public transport and taxis are all available at the airport. Basically, if you’re travelling to anywhere in the New South Wales state, Sydney Airport is the optimal choice.

Melbourne Airport is the 2nd busiest Australian airport and primary airport for the city of Melbourne. Known locally as Tullamarine Airport, this international airport is located about 20 kilometers northwest of the city center. To get to the city, passengers can choose from several transportation options, from airport buses to taxis. Qantas, Virgin, Jetstar and Tigerair all offer regular flights from and to Melbourne Airport. For everyone travelling to Victoria state, MEL airport is probably the most obvious choice to fly into.

Brisbane Airport, located in the Southeast Queensland region, is another of major Australia airports. Airport handles dozens of international flights each day, with a lot of them coming from low-cost airlines like Jetstar and Tigerair. Airport has 2 passenger terminals, both of which have multiple levels, so it’s a fairly large airport in terms of size. Brisbane city can be reached in about 20 minutes, either by train, bus or a car. Other tourist cities like Gold Coast and Sunshine Coast are also close by.

Perth Airport is an international airport located in the city of the same name, in Western Australia. Alliance Airlines, Qantas and Virgin all have daily flights to and from the airport. Airport is located about 15 km east of the city center, with public transport and airport shuttle service available. Once at Perth Airport, cities of Rockingham and Mandurah are also easily reachable.

Adelaide Airport is the largest airport in South Australia state, and fifth busiest among Australia airports. Airport’s location is pretty close to the city, around 7 kilometers from Adelaide downtown. Virgin, Jetstar and Regional Express all have regular flights from the airport. For anyone planning to visit the famous Adelaidean beaches or a nearby Kangaroo Island – this airport is a good starting point. Public transport called Adelaide Metro offers service between the airport and the city. 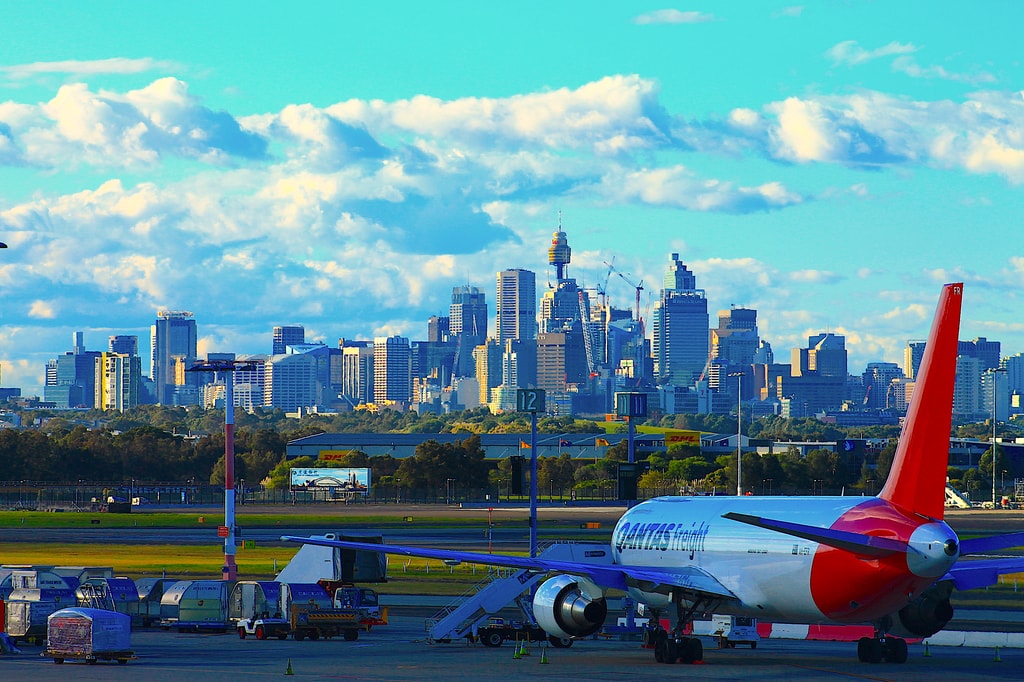 The view from Australia’s Sydney Airport

Gold Coast Airport, also known as Coolangatta Airport, is another international airport, located 30 km south of the Gold Coast City and 90 km south of Brisbane. One of the country’s fastest growing airports, it offers flights to dozens of destinations in Australia, Asia and Europe. Airport’s location is convenient when visiting nearby national parks – Lamington, Border Rangers and Mount Jerusalem. Reaching the city is possible via airport shuttles, public bus routes No. 777 and No. 760 and taxis.

Cairns Airport, located in the northeastern corner of Australia, is the 7th among busiest Australian airports. Airport serves as a hub for Jetstar and Skytrans Airlines, with dozens of departures to many international destinations. Airport is located approximately 7 km from Cairns business district. Also, it’s a common choice for travelers visiting Kuranda National Park and Wooroonooran National Park.

Canberra Airport is located in the country’s capital and serves surrounding locations in the Australian Capital Territory. Airport is mainly focused on domestic flights to main Australian cities, but also has international flights via Qatar Airways and Singapore Airlines. Public transport and shuttle buses are available, as the airport is only 9 km away from Canberra city.

Hobart Airport is the main airport in Tasmania, Australia’s island state. Passenger numbers kept increasing over the years, reaching almost 3 million last year. Airport is located in Cambridge, a suburb which is a short ride via airport bus to Hobart City. Low-cost carriers Jetstar and Tigerair have year-round and seasonal flight from and to the airport. As Tasmania’s busiest airport, HBA can be a good choice when travelling anywhere on the island.

Darwin Airport is the largest airport in Australia’s Northern Territory. Even though it handles international flights, the airport is mostly focused on domestic destinations. Located 13 km north of the city, the airport has shuttle buses, taxis and car rentals at passenger’s disposal. Flying into Darwin Airport is recommended for anyone travelling to national parks in Northern Territory, such as Kakadu National Park and Litchfield National Park.

Townsville Airport, also known as Garbutt Airport is a regional airport located 7 km west of the city. Airport connects Townsville with the main Australian cities, with QantasLink and Regional Express offering the most daily flights. Airport could be a good choice for anyone visiting nearby Magnetic Island or the world famous The Great Barrier Reef. Airport shuttles, taxis and car rentals are the only available transport choices to the city.

Launceston Airport is a regional and 2nd biggest airport in Tasmania. Jetstar, Virgin and Sharp Airlines all offer daily flights. Located 15 kilometers south of Launceston, getting to and from the airport can be done via airport buses or taxis. Due to its location, the airport in Launceston is a popular option when visiting sights in Northern Tasmania, like Tamar Valley and Mount Cradle.

Newcastle Airport is another of regional Australian airports, covered mostly by regional carriers like FlyPelican and Regional Express. Airport is located a bit out of Newcastle city, about 30 km north. Nelson Bay and Hunter Valley are all within driving distance from the airport, and there are numerous beautiful beaches around Newcastle city. Hunter Valley Buses operate public buses to and from the airport. There are also airport shuttles and taxis available.

Sunshine Coast Airport is one of Australia’s regional airports, located 9 km north of the Sunshine Coast and some 100 km north of Brisbane. Airport handles mostly domestic flights. Air New Zealand has seasonal flights, while Qantas and Virgin operate daily. MCY airport is the closest to the famous beaches Noosa and Rainbow Beach, as well as Fraser Island, world’s largest sand island. TransLink offers public bus servise through the airport. Also, there are airport buses and taxis to choose from. 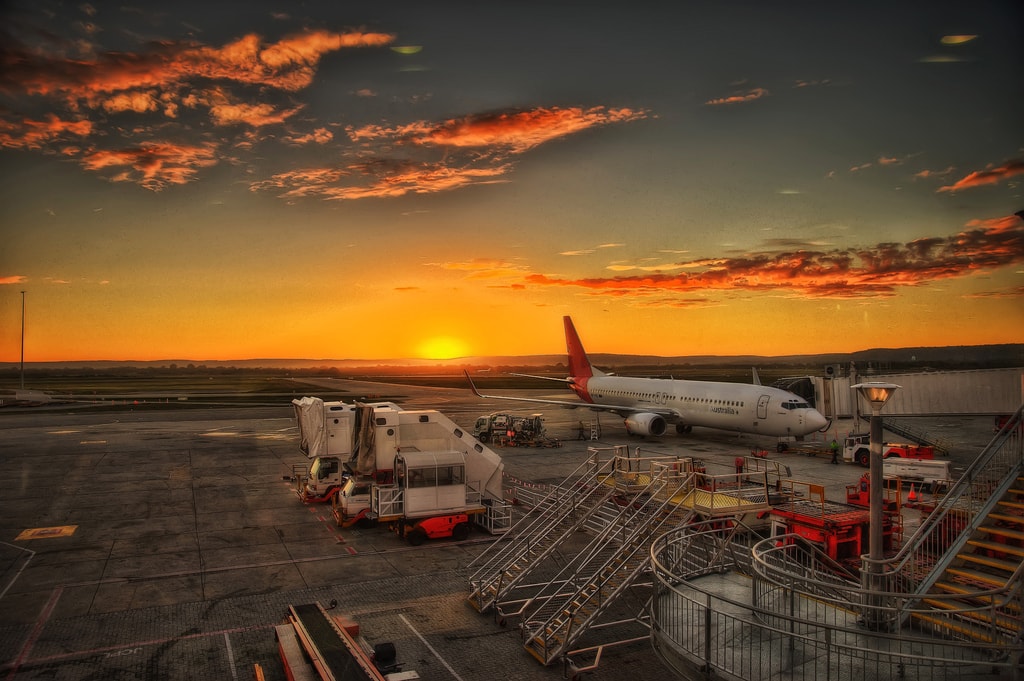 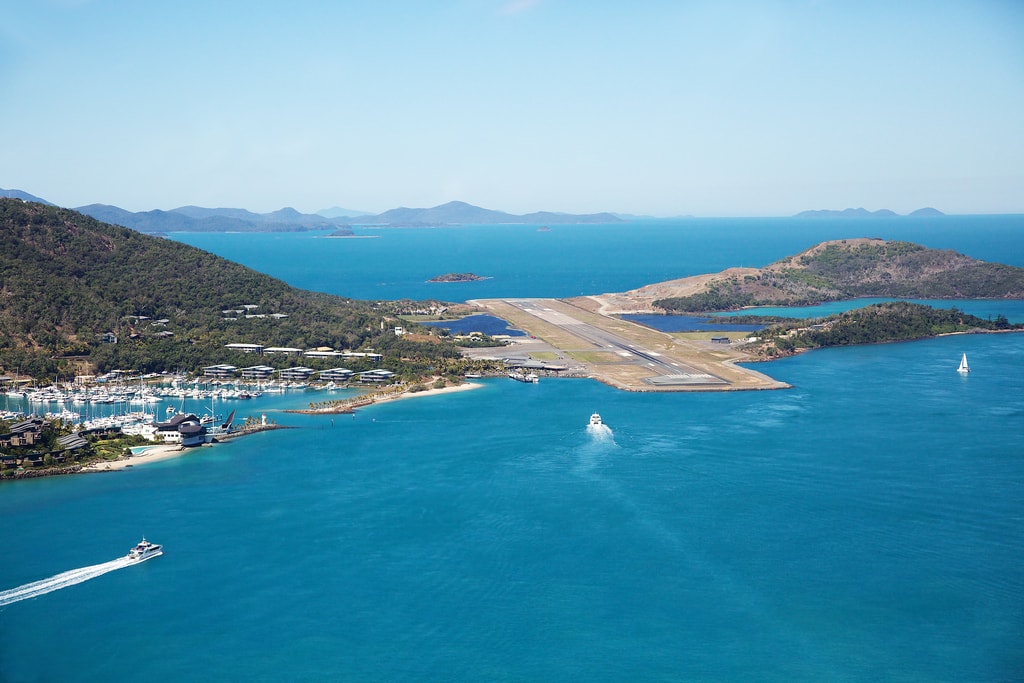