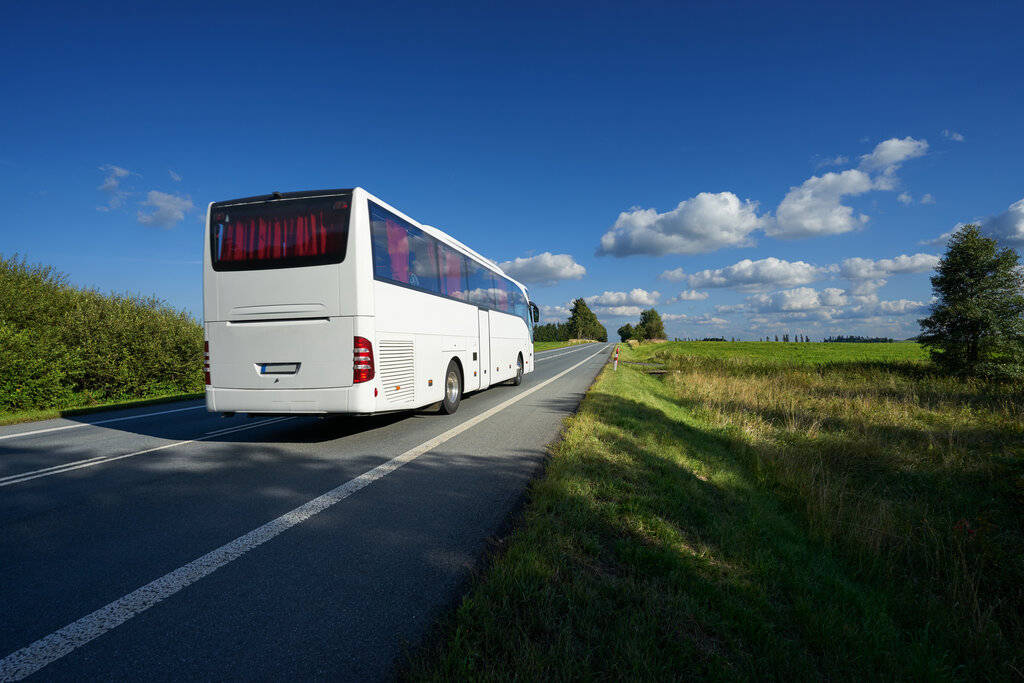 Travelling by bus between cities is less common in Russia, but there is quite a dense intercity bus network in the western part of the country. For long distance routes (which can be very long in Russia), people are either using the rail or more often flying. Public city bus transportation in some form is available in most cities with a population above 20.000 people. The number of total bus passengers is unknown, but it is estimated that the number of passenger km with buses is above 100 billion a year.

The coach fleet is a mixture of new, old and very old buses. The fleet used for popular intercity routes is in most cases new or fairly new as it is competing with the train. City buses in larger cities are constantly being renewed, e.g. Moscow has one of the largest fleets of electric buses worldwide.

On the popular routes, like the ones listed below, bus companies mainly operate with modern long distance buses. On some intercity routes, mainly the shorter ones often midi or mini buses for up to 30 persons are used, in some regions these vehicles can be quite old. From Moscow there are international bus routes to Estonia, Latvia, Lithuania, Belarus, Ukraine, Finland, Poland and even Germany. Also from other larger cities in the western part of Russia there are buses to international destinations. On these routes most of the larger companies operate with very modern long distance buses.

PLEASE NOTE: On many domestic as well as international routes, minivans and buses are also driving. These are usually cheaper than the modern bus, but as prices are anyway low, we highly recommend to travel with companies having real long distance buses.

Tickets and timetable for intercity buses

The timetable for all popular domestic and international routes can be found here on GetByBus, where you can also buy tickets for these routes. Timetables for less popular bus routes can partly be found online, but in many cases only at the bus station, which is where you also would get your ticket.

Prices for travelling with domestic or international buses to and from Russia are low to very low when compared with the price levels in Western Europe.

Moscow is of course also the center of the international buses to and from Russia. It has frequent departures to Ukraine, Belarus, Estonia, Latvia, Poland and also Germany. In the list below we have included the buses from Moscow to capitals of these countries. Of course there are also buses to other destinations within those countries. From St Petersburg, there are also several direct bus lines to capitals in Latvia, Estonia and Finland.

Remember when travelling to and from Russia, you might need to bring certain documents to cross the border. Bringing the correct documents is your responsibility as a passenger, if you contact the russian embassy prior to your trip, you should be able to get accurate information about the documents you have to bring.

There are lots of small bus companies in Russia, serving one local region. You will not find big nation-wide operators like Alsa is in Spain or National Express in the UK. However some of the companies we have listed below operate on several domestic routes. Many of the international routes to and from the western parts of Russia are served by Polish, Latvian, Estonian and Ukraine bus companies. Obviously as Russia uses cyrillic letters, Logo and writing on the buses is in cyrillic, we have changed those to Latin letters for the purpose of this list.

In most cities which have intercity bus connections you will find a bus station. In the larger cities there might be several bus stations. The bus stations for international bus traffic usually have lots of facilities, like toilets, WiFi, kiosks, fast food, luggage storage and other things useful for travellers. If you buy a ticket online, the address or name of the bus station is on your ticket. As some of the bus stations are quite big, be sure to arrive at the station ahead of the departure time, so that you have time to locate your bus. Below we have listed some of the most important travel cities, click on them to see bus stations and bus stops.

Of course there are plenty of companies offering bus charter in Russia, but it can be a bit tricky finding them online. In most cases the best option is to contact a travel agent or the hotel where you are staying. This is of course more expensive than renting direct from a bus company, but it will make it a lot easier. You should without a problem be able to find coaches for hire in Moscow, Saint Petersburg and other larger cities as well as cities with an airport, the general standard of coaches for hire is normally very good.

If you are a bus company operating in Ukraine and wish to be included in this document, please feel free to contact us, which you can do here.