New Zealand has become one of the most attractive countries to visit, especially in recent years.
Incomparable green landscape, accompanied with a well-known hospitality of its residents, makes this island country a not-to-miss destination. If you’re planning a trip to New Zealand, we present you a detailed guide to the domestic and international New Zealand airports.
Make sure to check out the map of New Zealand airports at the end of this post.

Auckland Airport is the busiest of international airports in New Zealand, handling over 20 million passengers each year.
Airport is a major hub for several airlines, including Air New Zealand, Jetstar Airways and Virgin Australia, among others. Located about 20 kilometres south of Auckland, the airport offers several ways of getting to the city, including airport shuttle, public transport and taxis. Auckland Airport is also a good choice to fly into when visiting cities in Northland & Waikato Regions, like Whangarei, Hamilton or Tauranga.

The second of busiest New Zealand airports, located on the South Island and serving the city of Christchurch. Christchurch Airport handles about 7 million passengers annually and it has regular international flights from cities like Melbourne, Sydney and Dubai. Air New Zealand, Emirates and Qantas Airways are among airlines with scheduled flights to the airport. For everyone visiting the Canterbury region and cities of Timaru, Akaroa or the Aoraki/Mount Cook National Park, Christchurch Airport could be the best travel option. Airport is located some 13 km northwest of the city. To get there, you could use Metro Red Bus public transportation, as well as airports shuttle or taxis.

Wellington Airport is the international airport located in Wellington, New Zealand’s capital city. With a little more than 6 million passengers, it is one of the busiest airports in New Zealand. Air New Zealand, Singapore Airlines and Virgin are the airlines with most international flights scheduled. Due to its location, Wellington Airport is a good choice when traveling to destinations in the Marlborough, Nelson and Tasman regions. From Wellington City, you can easily reach National Parks Kahurangi and Nelson Lakes. Airport is located around 6 km southeast of the city. To get there, passengers can use The Airport Flyer bus service, along with taxis and car rentals.

Queenstown Airport is an international airport located in Otago region, in the southern half of South Island. Airport currently offers flights with 4 major airlines – Jetstar and Air New Zealand for domestic flights & Qantas Airways and Virgin Australia for international flights. Airport is located about 8 km northeast of Queenstown center and can be a good option for visiting western part of the country, especially national parks like Fiordland and Mount Aspiring. To get to Queenstown city, passengers can use public bus service called Orbus, as well as taxis and car rentals.

Known by its other name Momona Airport, Dunedin airport is also located in Otago region, serving the city of Dunedin. With just over 1 million passengers, it is New Zealand’s fifth busiest airport. Even though it offers international flights, the airport mostly handles domestic routes to Auckland, Christchurch and Wellington. Airport is fairly close to the Southland cities of Milton, Balclutha and Gore, so it can be a good alternative to Invercargill Airport. Airport’s distance to city is about 22 km, and to get there, passengers can use either shuttle buses or taxis.

Nelson Airport is one of regional New Zealand airports located 8 kilometers southwest of the Nelson city centre.  To reach the city, you can use Super Shuttle airport bus or a taxi. NSN airport’s 1 million yearly passengers are mostly covered by flights to cities of Auckland, Wellington and Christchurch. Besides Jetstar, other airlines operating at the airport are smaller SoundsAir, Air2There and Originair. For everyone planning to visit Nelson or Tasman Region, this airport can be a good choice, as its location is perfect when travelling to the northern parts of South Island. 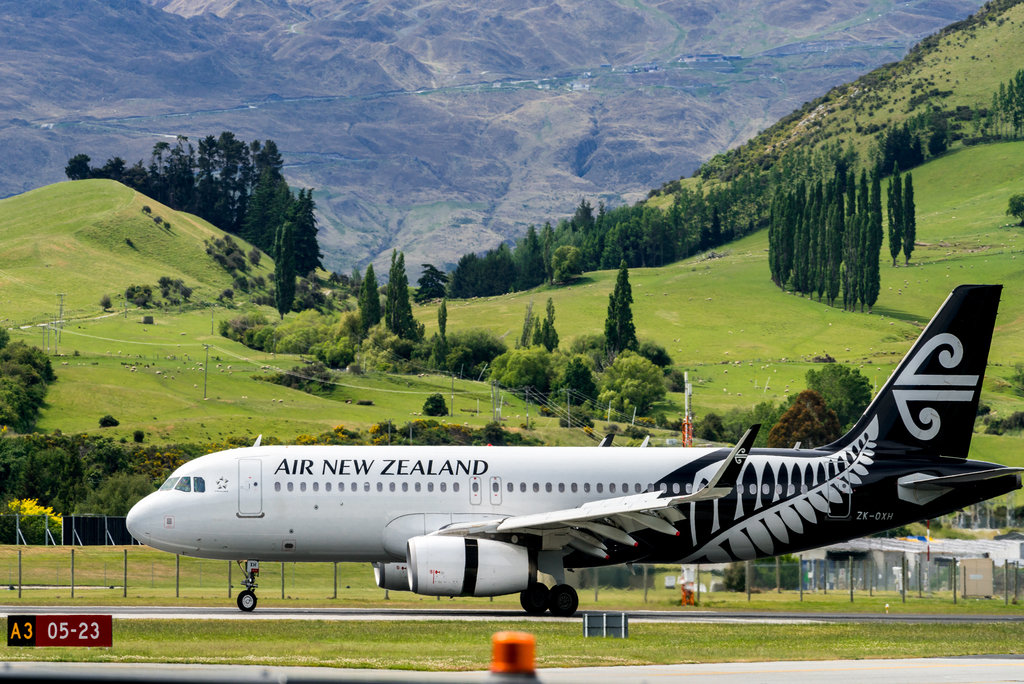 Better known as Napier Airport, NPE is a regional airport in New Zealand’s Hawke’s Bay Region, located just 5 kilometers from the city of Napier. Airport handled 750 thousand passengers last year, mostly from domestic flights to cities like Gisborne and Hamilton. Also, nearby cities of Hastings, Napier and Clive are all within 20 minutes from the airport. Although relatively small, the airport keeps growing in popularity, as seen with the amount of people flying in. To reach the Napier city, there are only taxis and shuttle service available at the moment.

Palmerston North Airport, with almost 700 thousand passengers, is the 8th busiest airport in New Zealand, located about 6 km northeast of the Palmerston North city center. Airport shuttles are available to reach the city, and if you plan on visiting nearby beaches, car rentals and taxis can be arranged directly from the airport.

Tauranga Airport is another regional airport in New Zealand, located 3 kilometers from Tauranga city, Airport shuttles and taxis are available to reach the city. Last year the airport handled about 500 thousand passengers, mainly from domestic flights. Tauranga airport is the closest airport to all the biggest cities in Bay of Plenty region, such as Rotorua and Whakatane, so it can be a good option when traveling to these destinations. Taxis, car rentals and shuttles are available to get to or from the airport.

Located on the west coast of North Island, New Plymouth Airport serves the city of New Plymouth and other cities in the Taranaki region. Airport is located about 12 kilometres north of the city, which can be reached by shuttles, taxis and rental cars. Also, Mt.Taranaki and Whanganui National Park are fairly close to the airport. Last year, the airport handled 455 thousand passengers, up 6 percent from the previous year.

Hamilton Airport is located about 15 kilometers south of the city of Hamilton. Last year, the airport handled 380 thousand passengers mainly from domestic flights by Air New Zealand and smaller Sunari airline. Airport’s location is convenient when visiting several locations on North Island, such as Tauranga, Rotorua and southern Lake Taupo. Aerolink Shuttle, along with several rent-a-car & taxi services offer transportation from the airport.

Invercargill Airport is the New Zealand’s southernmost airport, located just 2 kilometers from the city, and offering daily flights to and from Christchurch. Airport handles around 300 thousand passengers each year, all from Air New Zealand, the country’s national airline. Due to its location, the airport is the primary option for everyone traveling to New Zealand’s Southland region, mostly cities like Gore and Balclutha. There is no public transport to reach the Invercargill city, but there are a few shuttle and taxi options available at the airport.

Also known as Woodbourne Airport and (sometimes) Marlborough Airport, it’s a small airport with currently only 2 airlines operating. However, more than 300 thousand people passed through the airport last year. Airport is located about 10 kilometers west of the Blenheim city and 100 kilometers from the city of Nelson. There are no buses operating at the airport, so taking a taxi or renting a car is the only option.

Rotorua Regional Airport is one of small regional airport in New Zealand, stationed 7 kilometers northeast of Rotorua city.  Getting to the city is simple, as you can choose between public buses, shuttles and taxis. Airport’s location, in the middle of North Island, is convenient for anyone traveling to cities surrounding lakes Rotorua and Rotoiti, so keep that in mind when planning your trip. Air New Zealand is the main carrier for Rotorua Airport, with domestic flights to bigger cities in the country. 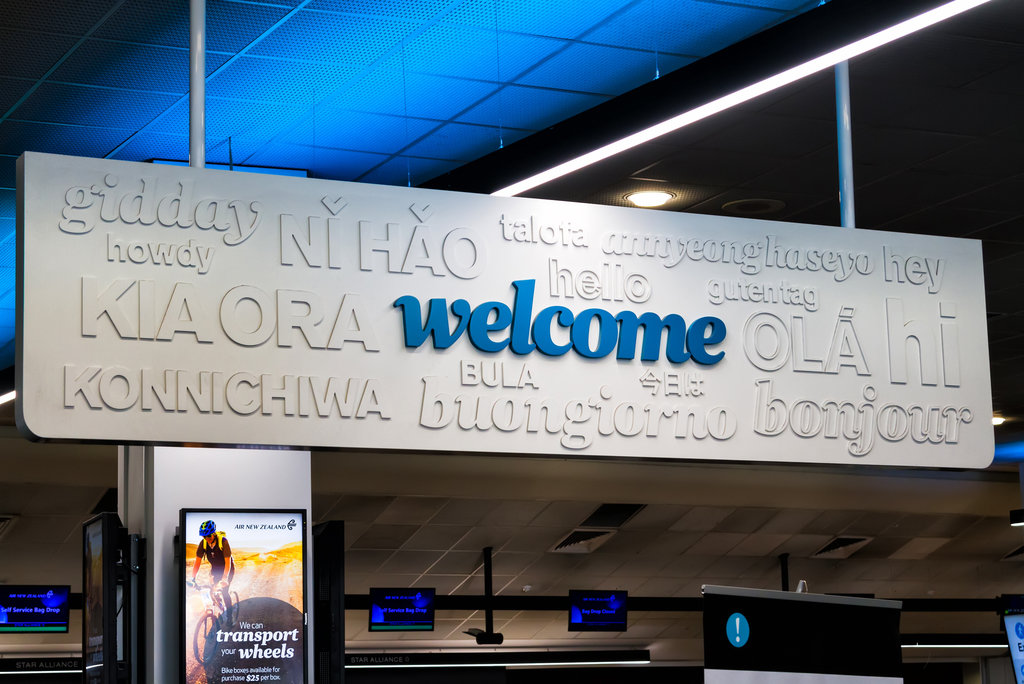