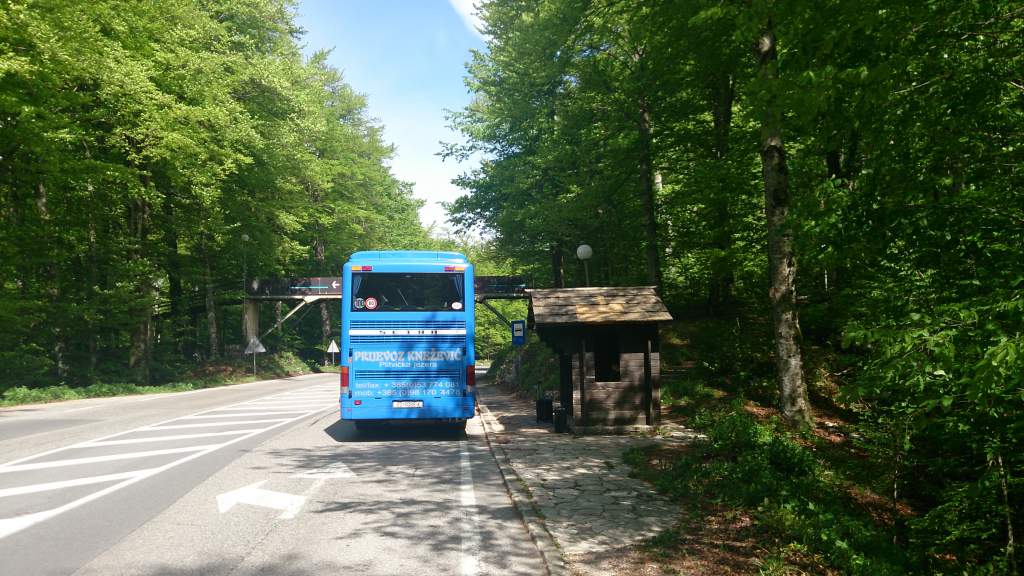 National park Plitvice lakes is one of the most visited sights in Croatia, the park is located in the eastern part of the county of Lika, which is just a few km from the border to Bosnia and Herzegovina. As the Park is a bit of track in relation to the main infrastructure (Highway and railway) in Croatia, it requires a bit of planning to figure out how to get there, where to stay overnight etc.

For those of you who do not have a car at your disposal, taking the bus is more or less the only alternative you have. Meanwhile, we at GetByBus.com have more or less all routes to and from Plitvice lakes available online, which makes planning your trip to Plitvice lakes much easier, than it was just a few years ago.

The 4 main bus connections to Plitvice is from Zagreb, Zadar, Novalja and Split

Getting to the Park

Returning from the Park

To and from Istria you have the option to travel via Karlovac or via Zagreb, from both of those cities, you have buses to Rovinj, Pula, Porec and other cities in Istria.

Why can I not buy a ticket online from Plitvice lakes to Slunj or Korenica and other smaller towns in the surrounding area?

For operational purposes, bus companies have chosen not to sell tickets online for parts of the route which cost less than 40 Kuna (5 Euro). Together with the bus companies, we are working on enabling the sale of these tickets, but for now, you will have to buy a ticket on the bus if available.

Are the buses often delayed?

The buses which have their first departure from e.g. Split, Zadar and Zagreb, of course, depend on the traffic situation to get to Plitvice in time, occasionally it can happen that the traffic towards Plitvice lead to delays, but this does not happen that often. When you search for a bus on Getbybus.com you can see under the Green Info which routes the bus drives.

How do I print my ticket at National park Plitvice lakes?

Unfortunately, we have no information about possible printing place, we, therefore, recommend you print your return ticket before going to Plitvice.