There are 3 national parks in Bulgaria – Central Balkan is situated in the center of the country, while Pirin and Rila are in the southwest. Each of them is unique in their own way but all three of them are famous for their impressive wilderness, biodiversity, peculiar landscapes and preservation of numerous endemic and rare plant and animal species. Here is a short description for each of them if planning a visit to Bulgarian national parks.

Pirin National Park was established in 1962 and it covers an area of 40,000 hectares. It is located in southwestern Bulgaria, in the Pirin Mountains. In 1983, it was added to the UNESCO World Heritage Site because of its exceptional beauty and outstanding natural importance. The park consists of a variety of limestone mountain landscapes with glacial lakes, waterfalls, caves and mostly coniferous forests. What’s more, it is home to the oldest tree in Bulgaria, Baykusheva Mura, a pine that is more than 1,300 years old. Furthermore, Pirin National Park consists of 2 nature reserves – Bayuvi Dupki-Dzhindzhiritsa and Yulen. Bayuvi Dupki–Dzhindzhiritsa is one of the oldest in Bulgaria and is included in the UNESCO Man and Biosphere Programme. The park has a lot of hiking trails and a ski resort called Bansko, a gateway to various ski and snowboard slopes on Todorka Peak.

Getting to Pirin National Park

Bansko is the nearest town to the park and that is where you will find the park’s information center. It is located about 160km from Sofia which is a 3 hours drive. You can easily get a bus or a train from the capital to Bansko. 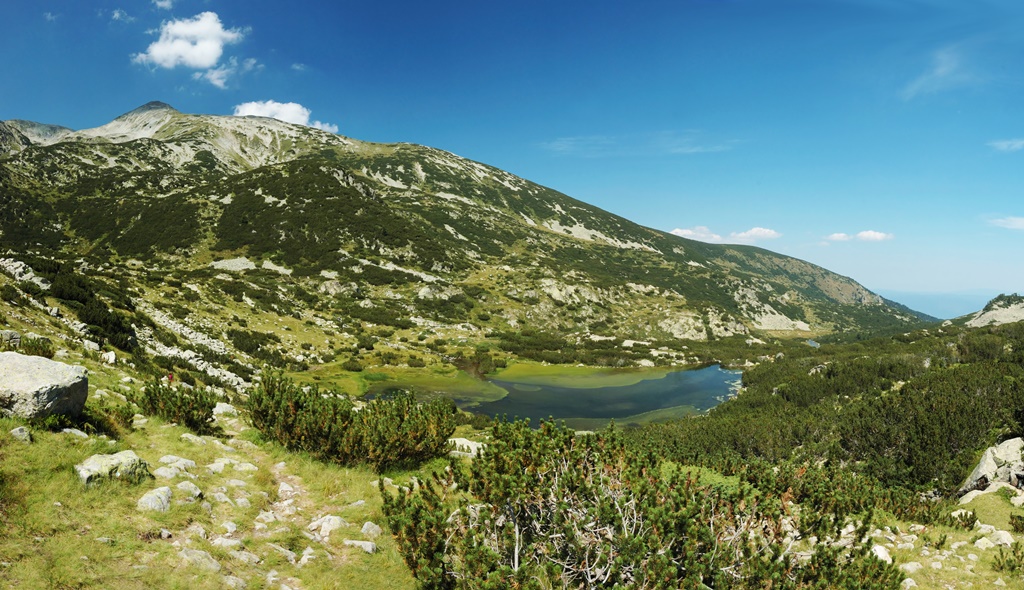 Central Balkan National Park was established in 1991 and it covers an area of 72,000 hectares. It is located in the very heart of Bulgaria, in the central and highest parts of the Balkan Mountains range. The park consists of ancient forests, breathtaking mountain top pastures, rocky peaks and beautiful high waterfalls. Due to its superb aesthetic value during all four seasons and great natural diversity it is considered one of the most treasured areas in Europe. Amazing landscapes combined with altitudes up to 2376 meters result in excellent view points. Therefore, great panoramic views are guaranteed. Because of its natural beauty and very unique and diverse flora and fauna, Central Balkan National Park is a perfect option for tourists as well as naturalists and scientists.

Getting to Central Balkan National Park

Central Balkan National Park is located around 140km from the capital which is a 2.45 hours bus drive. The best and cheapest way to get there is by bus. Taxi will cost you a lot more and the journey will take only 20min less than a bus drive. There is a train as well, but it is more expensive than the bus and the journey lasts almost 4 hours. 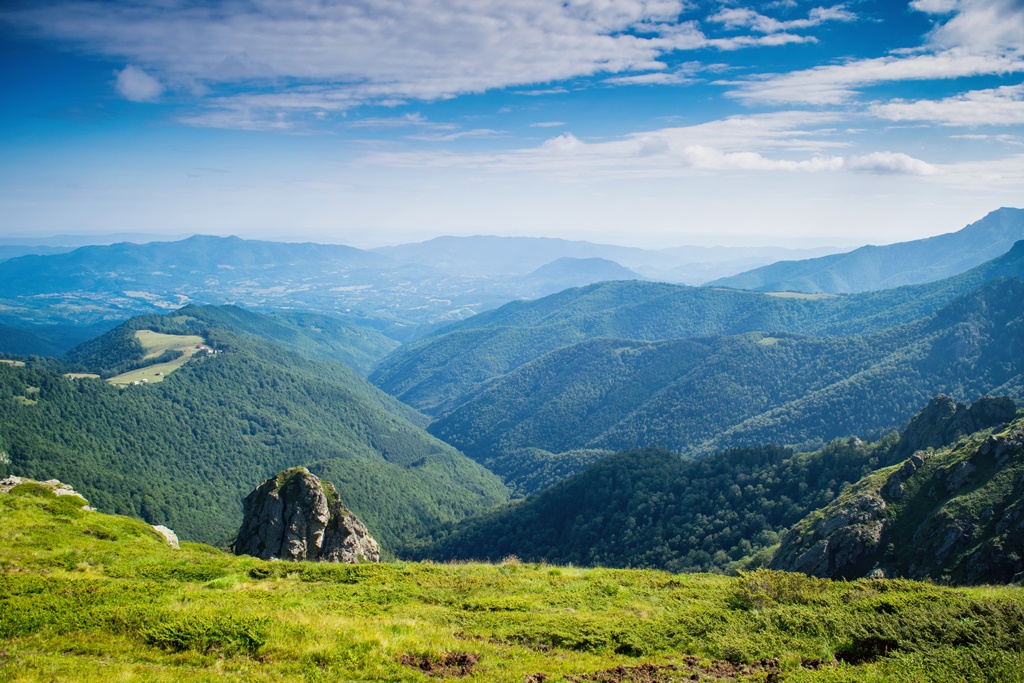 Rila National Park was established in 1992 and it covers an area of 81,000 hectares. It is the biggest national park in the country. Also, it is home to many rare and endangered plant and animal species such as Rila cowslip, Rila rhubarb, Balkan chamois, alpine newt, tiny owl, among others. The park is located about 70 km south of Sofia, in the famous Rila Mountains. In addition, there are over 100 peaks including peak Musala, the highest peak on the Balkan Peninsula with an altitude of over 2,000 meters. At the foot of peak Musala you will find a popular ski resort called Borovets, the oldest one in the country. Furthermore, Rila National Park has around 120 lakes out of which 70 date back from the Ice Age. The park consists of 4 reserves – Parangalitsa, Skakavitza, Central Rila and Ibar Reserve. Besides a huge network of eco-trails it also offers mountain biking routes accessible throughout the entire year.

Getting to Rila National Park

Although the park is located pretty close to the capital, to get from Sofia to Rila you will first need to get a bus or a train to Dupnitsa. From Dupnitsa you can get a taxi which will take you directly to your destination or a local bus to the Sapareva Banya. From there you can get a shuttle bus to the park.

There is no entrance fee for Rila National Park. Parking fee is 5 levs (approx. € 2.6). 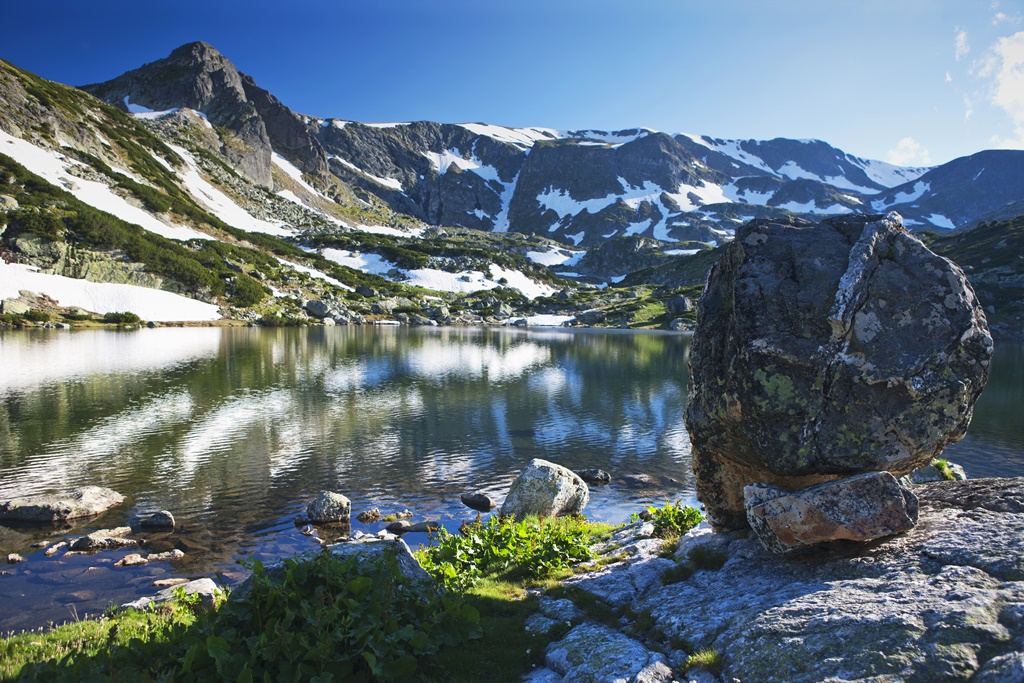 Map of national parks in Bulgaria