France has 11 breathtaking national parks covering 57 000 square kilometres, which is about 8% of the country’s territory. The parks, all of them free to enter and open to the public, attract around 11 million visitors annually. France is quite specific as its territory is divided into two categories: metropolitan France, located in Europe, and overseas departments in South America and Africa. Out of 11 national parks, eight are in metropolitan France, while the remaining three are in the overseas departments.

From enchanting sea views to the mighty mountains, the French national parks are a perfect blend of different natural beauties. Without further ado, here is the list of national parks in France.

Situated in the southern part of the country, in the southeast regions of Massif Central, the Cévennes National Park boasts in its Mediterranean charm and stunning mountain banks. The park is home to a range of flora and fauna, the reason why the park was listed as a UNESCO World Biosphere Reserve. The most famous attraction is the Aven Armand cave. The stunning limestone cave is decorated with numerous stalactites and stalagmites. You can also enjoy different activities available in the park: hiking, walking, cycling, canoeing, canyoning, paragliding, and mountain biking. 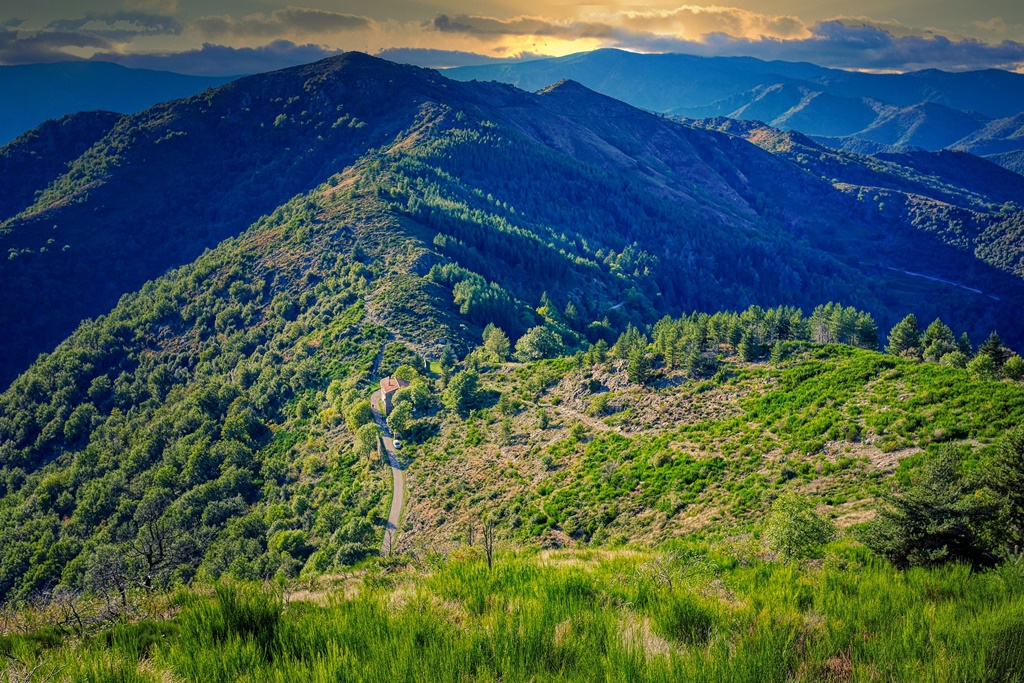 The third-largest national park in metropolitan France, and the second mountain park on our list, occupies nearly 92,000 hectares of land. Equally mesmerizing in both summer and winter, it is a good destination for a trip year-round. It is home to various animal species and one-third of France’s plant species. The Alpine scenery is very different from the Mediterranean mountain scenery of Cévennes National Park. The green mountain banks, glacier valleys, and lakes are jaw-dropping. The park is popular among tourists seeking adventures and physical activities. In summer it is flooded by the lovers of hiking, mountain biking, and rock climbing, and in winter it becomes a beloved winter destination for snowboarders and skiers. 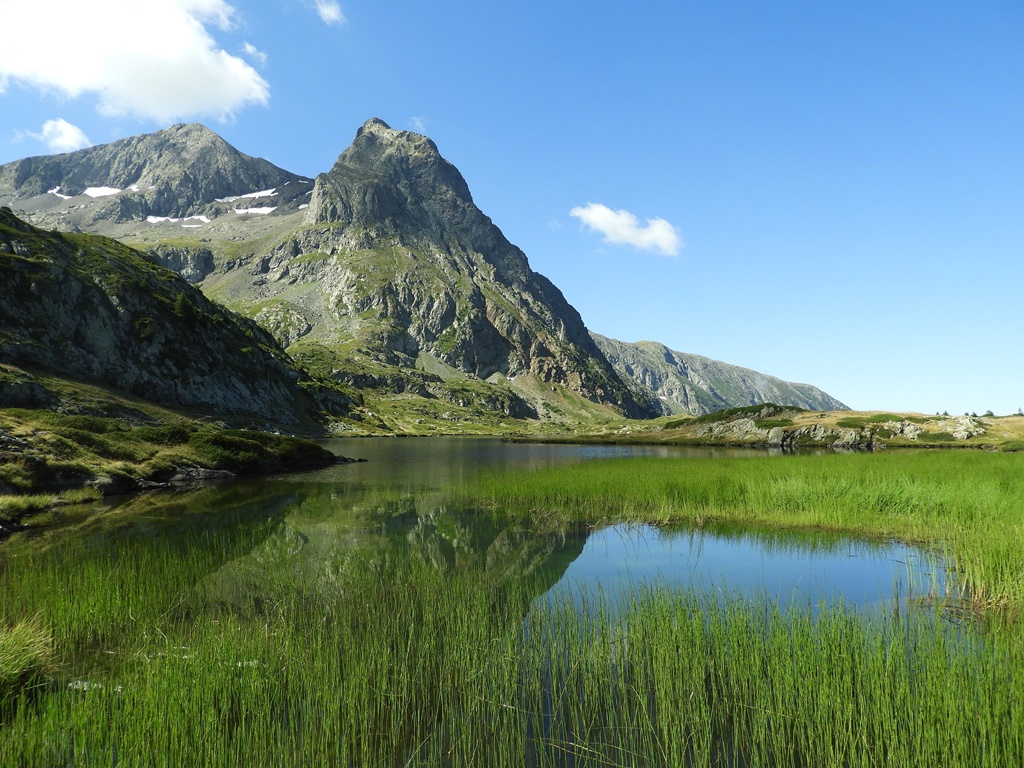 France’s newest national park was established in 2019 and was nicknamed a model for sustainable tourism. It is the largest national park in metropolitan France, and its area is mostly covered by deep forest beaming with life and rare species. There are many thinking and walking trails, and history lovers can enjoy several archaeological sites that date back to 750 B.C. The park is not all forest. Several communities reside within the park and provide accommodation and food for those who decide to visit. Bordering Champagne and Burgundy, and only 3 hours away from Paris, the park is a perfect spot for exploring northern France.

This national park was established in 2012 and is the only national park in Europe that includes sea, land, and urban areas. Crystal clear, turquoise sea splashing against the white limestone cliffs is a breathtaking sight. In summer, it is ideal for various sea activities such as swimming, snorkelling, and scuba diving. Off the summer season, it is perfect for long walks and enjoying the magnificence of nature. The park, however, is not notable only for its beauty. It served as an inspiration for one of the most famous and important works of French literature. The Châteaux d’If, former prison located on an island of the same name, was one of the settings in Alexandre Dumas père’s The Count of Monte Cristo. 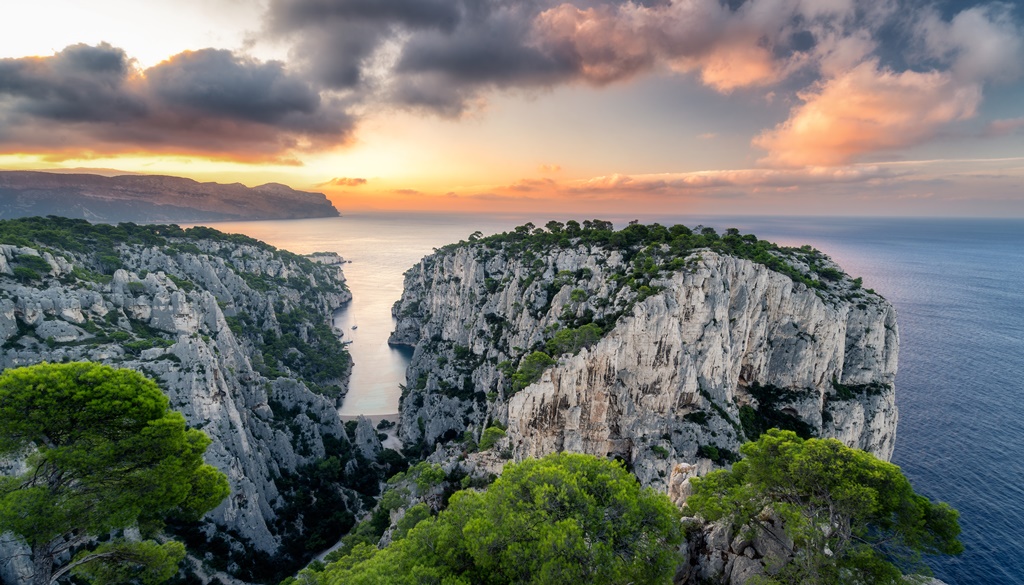 This national park annually welcomes around 800,000 visitors. Situated in the maritime Alps, the park is a magnificent collective of green mountain banks and picturesque villages. There are many lakes in this park as well as valleys, but is the enchanting Valley of Wonders. There are many hiking trails in the park, but hikers are not allowed to go off the beaten track and must be accompanied by a mountain guide if they wish to access the entire area. Other sites worth visiting are the valley Bévéra and a Medieval village called Sospel, the village Belvédère and the beautiful Gordalasque Valley. The park is a great place for kayaking, hiking, and sightseeing. 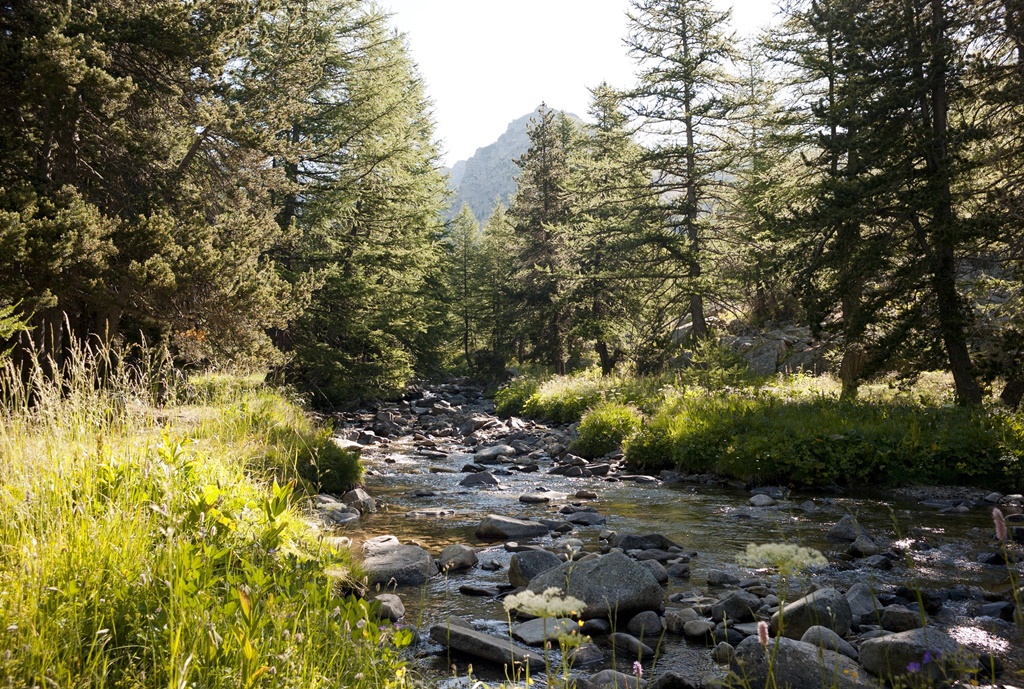 The oldest national park in France is bordering the Gran Paradiso National Park in Italy and encompasses the Vanoise massif. The two parks were twinned in 1972, and together they make the largest protected area in Western Europe. The park is popular in both summer and winter and attracts around 360,000 visitors annually. It is divided into two zones: the protected central zone and the peripheral zone. The protected zone has a strict code of conduct, and the park rangers have the authority to issue fines for those who break the park rules. The fines go up to 150 euros. The peripheral zone offers a variety of Ski resorts that are worth visiting in winter. 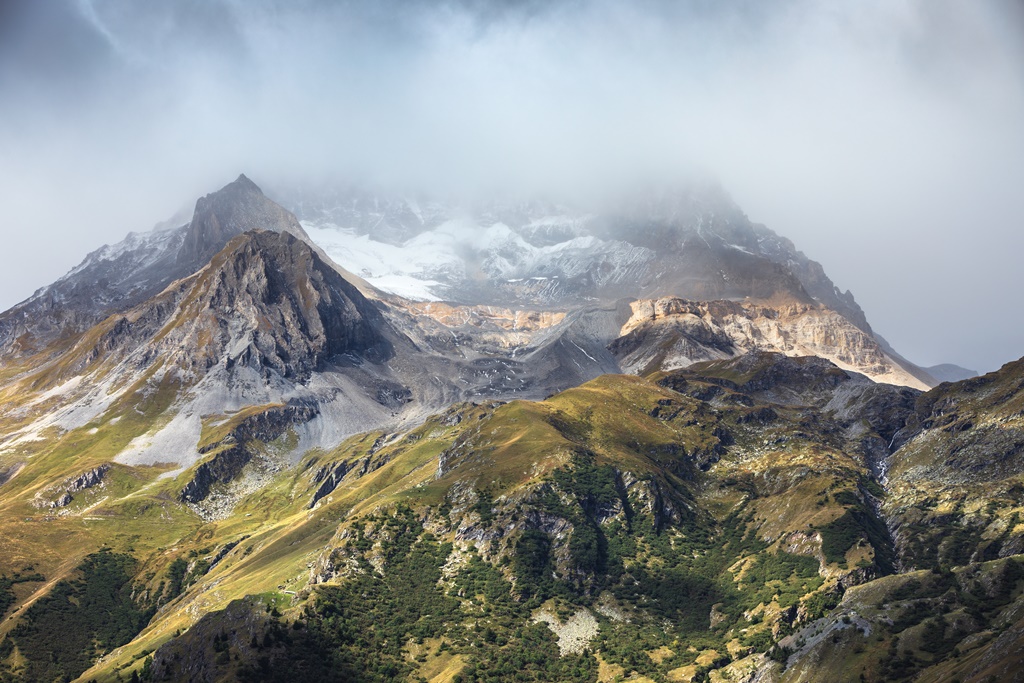 This Mediterranean national park contains several beautiful islands and unites maritime and terrestrial protected zones. Due to conservation reasons, some areas of the park are not open to the public. Such are the islands Bagaud and Gabinière, and Rascas rock as well. But don’t fret! As a visitor, you have other islands at your disposal. Porquerolles and Port-Cros can be reached by boat from several ports on the coast. Port-Cros National Park is ideal for those who wish to experience an adventure and those who just wish to unwind and cherish the day.

Located on the border with Spain, Pyrénées National Park also belongs to parks in France situated in the mountains. Its landscape, however, is due to its geographical nature vastly different from the landscape found in the Alps. The park is abundant with creeks, waterfalls, and streams. The area can be visited in all seasons. In summer the park is also often included in Tour de France, Naturally, this national park is ideal for hiking and walking. In winter the beguiling snow invites to various snow-related activities. For those interested in camping, the park harbours several campsites of varying prices. 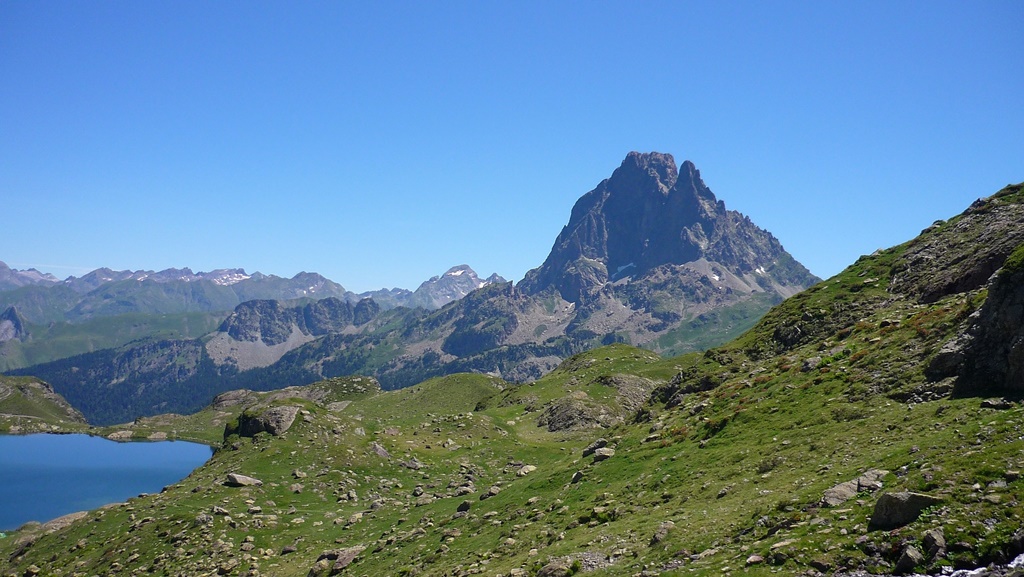 Along with 8 national parks in metropolitan France are three national parks located in the overseas departments: in Guiana, Guadeloupe, and the Indian Ocean. Remnants of the country’s colonial history, these parks offer unique experiences for everyone who decides to visit them.

This national park covers over 40% of the same-named island located in the Indian Ocean, east of Madagascar. A UNESCO World Heritage Site, this park is a magnificent mixture of astonishing biodiversity and breathtaking hiking trails. Its unique features are undoubtedly two volcanos located within the park: an extinct volcanic massif Piton des Neiges and one of the most active volcanoes in the world Piton de la Foumaise. Although eruptions of the active volcano are quite frequent, they are often short-lived and the area is monitored by police officers.

Another national park in an overseas department and the largest national park in France, Guiana Amazonian Park aims to preserve the Amazonian rainforest. The park covers 40% of the region and was built upon land inhabited by several Native American tribes. The vast national park promises to thrill and adventure, but it must not be underestimated. There are several hiking trails in the park starting in different villages which are also popular tourist attractions. History lovers will be amazed by the fact that several pre-Columbian sites are located within the forest, a remnant of human civilizations that are long gone. The national park can only be accessed by a plane or a pirogue (not to be confused with piragua, a Puerto Rican dessert).

The oldest overseas department national park, Guadeloupe National Park was established in 1989. It is located in the east of the Caribbean and is not the same as Guadalupe Mountains National Park in Texas, USA. Guadeloupe National Park is full of unspoiled nature and fascinating wildlife, but also of some of the most breathtaking views you will ever see. If you wish to explore this park, you will find different walking trails with varying levels of difficulty. Many trails in the park are children and family-friendly, and it is a great destination to visit if you find yourself in this part of the world.

Map of national parks in France