The name itself says almost all you need to know about Iceland, but don’t let the cold scare you off – the country may be just below the Arctic Circle, but the temperatures in winter are often higher than in New York, for example. Iceland is much more than just freezing weather and splendid glaciers, so pack your bags and enjoy natural wonders you won’t find anywhere else in the world. Check out why Iceland should be the next destination on your list!

1) Hunt for the northern lights

If you were looking for the best place in the world to witness the northern lights, then Iceland is the place to go. Maybe you will even get lucky enough to catch the mystical green lights on a cold, clear winter night. You can go as a part of an adventurous Superjeep excursion or test your luck waiting for the lights to appear in one of the country’s countless geothermal pools. The best time to see aurora borealis is from September to mid-April, which is why tourists visit Iceland outside of the bright and warmer summer months. 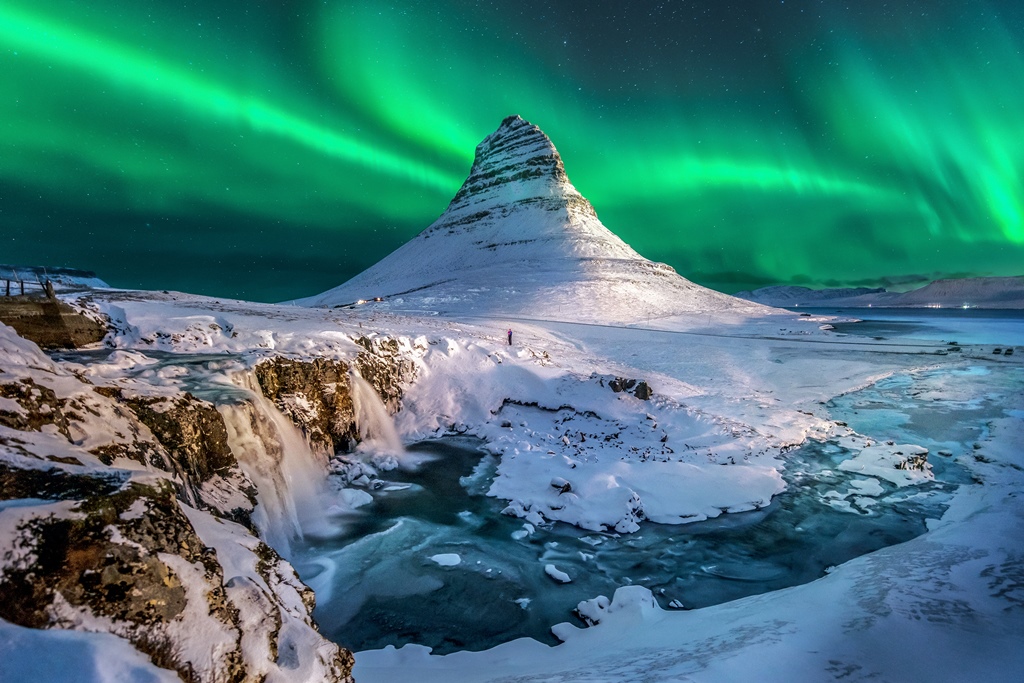 Well, believe it or not, 37% of Icelanders believe in elves, or as they call them, huldufólk (hidden folk). This belief is actually such a big part of their culture that roads and construction sites have all been altered so as not to disturb the hidden folk, and many families go as far as building small wooden elf houses in their gardens. So, to make everything more convincing, there is a place where you can get all your answers, the Elf School in Reykjavik. You can learn about 13 types of elf and different kinds of gnome, fairy and troll from Icelanders who claim to have had personal contact with the huldufólk.

Apart from the stunning natural wonders and dramatic landscapes, Iceland is known for its avant-garde design as well. One of the most exquisite examples of this is Harpa, situated on the Reykjavik Harbor, the fantastic concert hall and a conference center with a glass-block facade that changes color and glitters. The building is home of the Iceland Symphony Orchestra and the Icelandic Opera, but it also hosts the annual music festival that attracts some of the world’s top musicians. 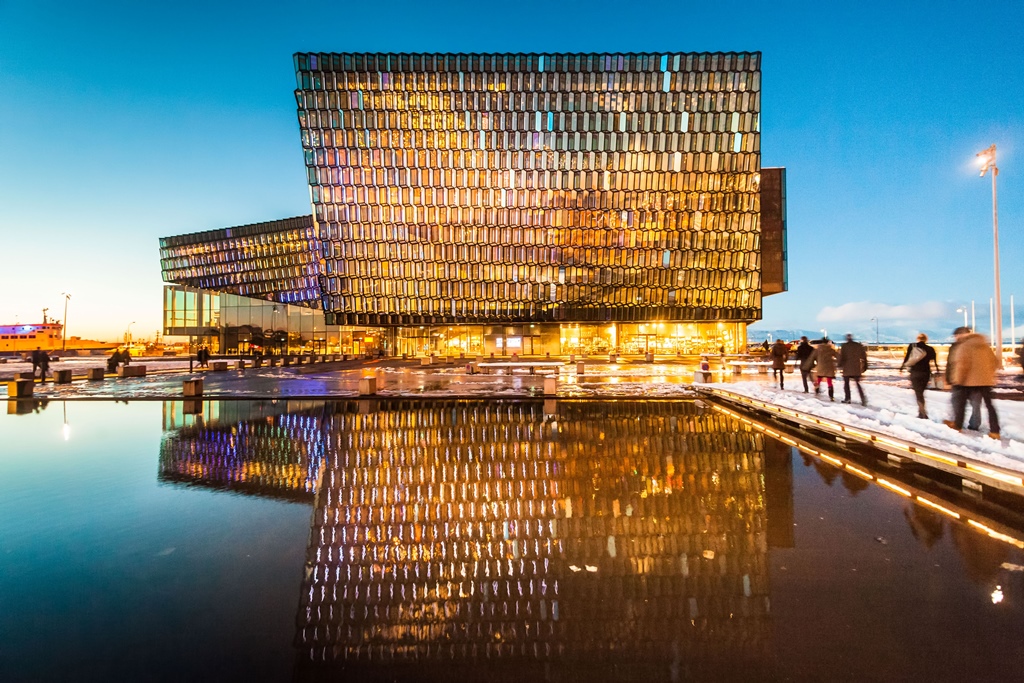 The Icelandic kitchen is a modern reflection of the country’s gastronomic traditions. Advances in greenhouse and farming techniques and technologies, together with natural ingredients, have helped the Icelandic cuisine establish its unique taste and space within the nordic cuisine. However, if you happen to visit during winter, you may try some weird dishes which are eaten during Þorri, a month-long celebration that begins in the 13th week of winter, such as rotten shark and sheep testicles. At other times, Icelanders are quite ‘civilised’ with food, so they are as big fans of burgers, hot dogs and kebabs as the rest of Europe.

Who wouldn’t enjoy a crystal-blue, geothermal water (36-40 °C ) with views of breathtaking, snow-covered lava rocks everywhere you look? The sulfur- and silica-rich water of the Blue Lagoon is known for it natural and healing powers. However, in Iceland it is not such a problem to find a natural hot tub, since geothermal energy heats up homes, baths and pools, both public and private. If you want to escape the crowds and emerge into local culture, head to the geothermal-heated swimming pool Laugardalur Park, right outside Reykjavik city centre. 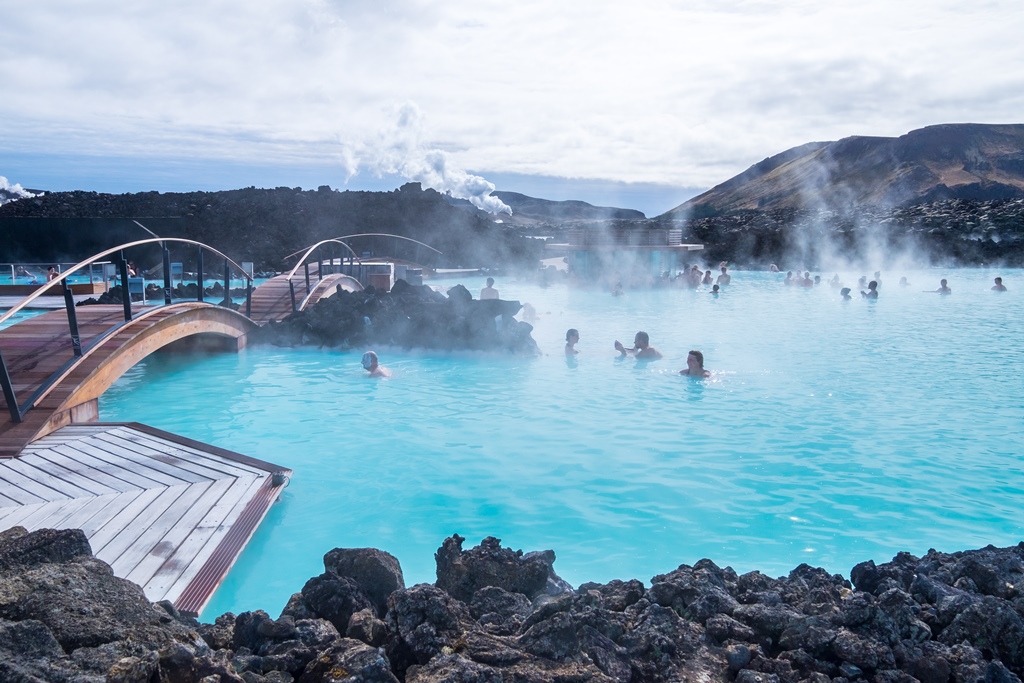 Thanks to the ocean surrounding Iceland, the entire country is an ideal location for watching over twenty species of whales. On a whale watching trip from Iceland’s capital you can be certain of seeing harbour porpoises, whale beaked dolphins or minke whales, but if you want to spot the gigantic humpback whale, take a Húsavík traditional whale watching trip in north Iceland. To encounter the Icelandic whales in their natural habitat is an unforgettable experience, but many tours also include a visit to the seaside cliffs, where Iceland’s delightful puffin nests his home.

The ‘Land of Ice and Fire’ has more than 4 500 square miles of glacier, so there’s no way of visiting it without walking on ice at some point. Take a walking or ice-climbing tour on the Solheimajokull glacier or even better, a self-guided driving tour of Ring Road, the main national route that circles the country. You’ll see Eyjafjallajokull volcano, the Jökulsárlón glacier lagoon, the East Fjords and the Dettifoss waterfall. Also, keep an eye out for the Icelandic horses, an adorable, pony-size breed moving in rough terrain. 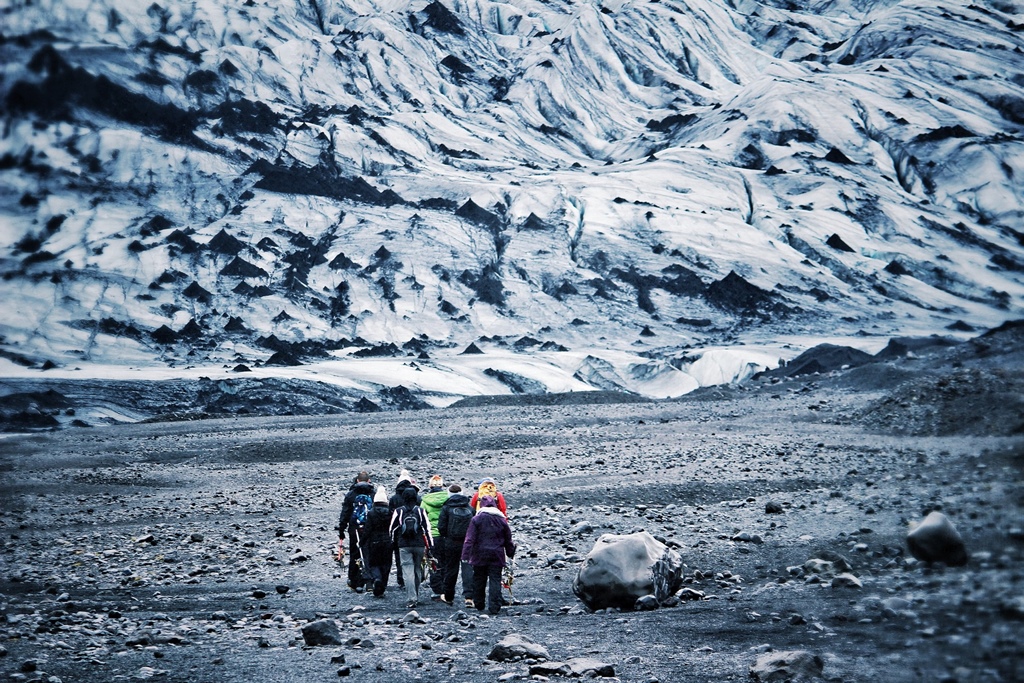 8) Take part in a volcano tour

Iceland exists because of volcanic eruptions, and there are still numerous active volcanoes surrounding the country. Hoping you won’t witness a volcanic eruption during a short stay in Iceland, you can take part in one of countless volcano tours which explore the volcanic power and force that has been shaping the island ever since the beginning of time. Probably the most fascinating natural phenomenon of its kind, the Þríhnúkagígur magma chamber encapsulates Iceland’s volcanic essence and the same named volcano tour is a journey to the cold heart of the dormant volcano with ardent shades of red of abnormal power.

Only 45 minutes away from the capital Reykjavik, the Þingvellir National Park in southwest Iceland is an absolute must to see for its historical and geological significance. In 930 the Icelandic parliament Alþingi was founded there and held its first sessions. The site has been declared a UNESCO world heritage site because of the extraordinary natural features, including Iceland’s largest natural lake of Þingvallavatn and the Silfra fissure where you can dive or snorkel between the European and American tectonic plates. 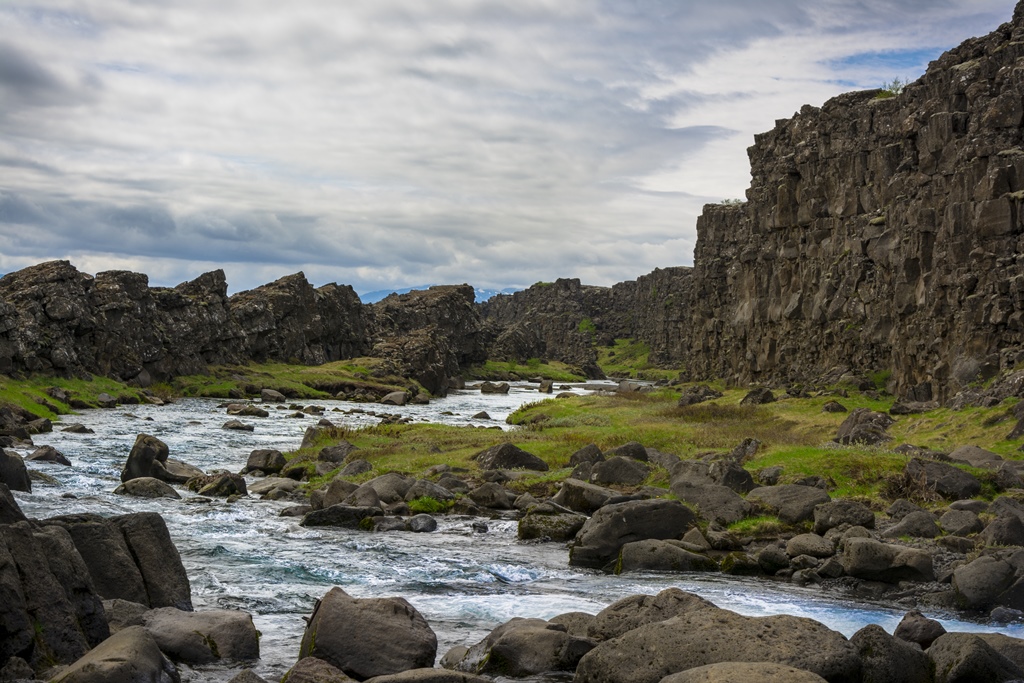 Northeast Iceland is home to the eutrophic lake Mývatn and its breathtaking surroundings which are one of the reasons why Iceland stands out among other travel destinations.

Only a few kilometres north of the lake, the volcano Krafla is looming and provides the entire greater Mývatn area with amazing variety of natural springs ideal for bathing, breathtaking colours and splendid rock formations like the Dimmuborgir (Black Forts), an area of chaotic lava. Guided Mývatn tours include visits to the Nature Baths, a man-made thermal bath with a stunning view over the lake. 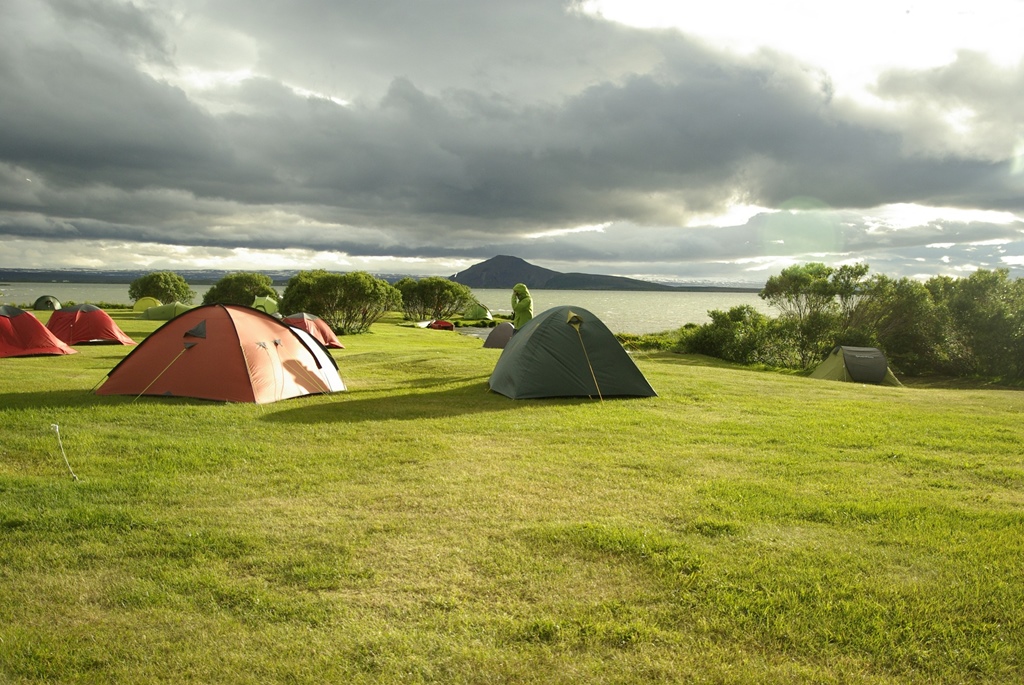