Start your first day in Munich with the sightseeing of the Old Town. First stop on your tour is Frauenkirche (en. Cathedral of Our Dear Lady), the main cathedral in Munich. The cathedral was built in the second half of 15th century in late Gothic style. Frauenkirche is special because it has two towers and you can climb the south one to get the perfect 360° view of the city. Not far from the cathedral is located the central square in the city, Marienplatz. Marienplatz is the favourite gathering place for both locals and tourists. The main buildings you will see on the square are the New and Old City Hall (Neues und Altes Rathaus). If you happen to be there around noon, make sure you stick around to see the Glockenspiel – the famous cuckoo clock on New City Hall which shows the dance of figurines exactly at 12:00 (similar to as the Astronomical clock in Prague). Probably the best example of Baroque architecture in Germany is Asam Church. The details in this church will leave you breathless, and what is best, the entrance is free! Church of St. Peter is the oldest church in the city and it has the highest bell tower – exactly 299 steps to the top. You can even see some parts of the Alps from the tower. St. Peter’s Church dominates the Rindermarkt – old market square. Interestingly, Rindermarkt used to be a cow market (Rinder means beef in German), however, today it only becomes that much lively during December when it transforms into Christmas fair. 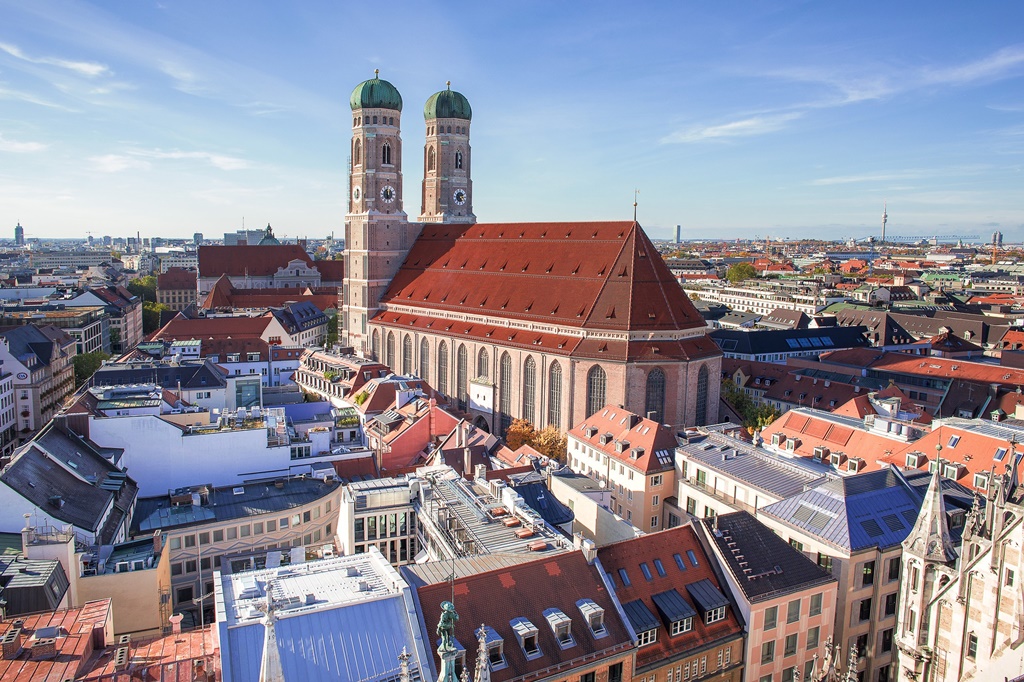 Cathedral of Our Lady

Next stop is the famous Königsplatz (en. King’s Square) which is home to the largest “museum and gallery quarter” in Munich. There are in total three museums: State Collections of Antiquities Museum, The Lenbachhaus and The Glyptothek. The Glyptothek houses King Ludwig’s rich collection of Greek and Roman sculptures so don’t miss to check them out.

The largest green area in Munich is the so-called English Garden. The park stretches from the centre of Munich to the very northeast of the city, covering the area of total 3.7 square kilometres. The park got its name after landscape style which dominated England through 18th and 19th century. Visit Japanese Teahouse and Garden which were built in 1972 in honor to Summer Olympics held in Munich that year. You even have the opportunity to witness typical Japanese tea ceremony! Get a dash of China and Greece with 25-metre-high Chinese Tower and Monopteros – a small temple on the hill inspired by Old Greek architecture.

On your second day in Munich start the rest of the city tour at the Sendlinger Tor, the southern city gate in the Old Town. The gate was once part of the defensive system of the city, along with the Isator and the Karlstor. Visit the Five Continents Museum, the first ethnological museum in Germany. The museum was founded in 1862 and it has a collection of cultural life and traditional objects from all continents. Get introduced with different civilisations and see the differences and similarities between the nations. The main goal of this museum is to promote mutual respect and to defeat discrimination. The entrance fee for the museum is 5€, except on Sundays when it is only 1€. Only 10-minute walk from the museum is located the Maximilianeum. The story behind this building is quite interesting since it was built exclusively for gifted students and you can learn more about it in guided tours.

Not far from Maximilianeum is located Wiener Markt – the best daily food market in the city. The locals come here to stock up on fresh groceries every day, but for the visitors it is an opportunity to try local delicacies and at the same time save some money. The market got its name after Vienna because the road beside the market used to be the main road in Munich which led to the Austrian capital. 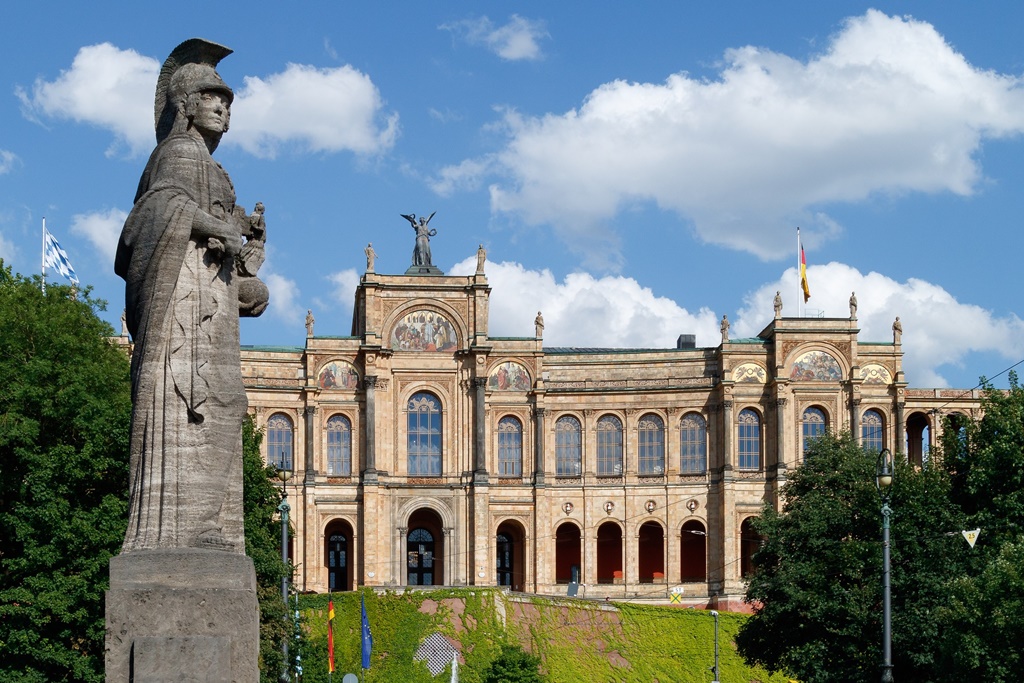 It’s time for your last day in Munich. Start you tour with Nymphenburg Palace. The palace is situated north-west of the Munich centre and it used to be the summer residence of the former ruler of Bavaria. Today, along with the park surrounding the palace, it makes one of the most visited sights in Munich. The central pavilion, known as The Steinerner Saal has more than 300 000 visitors annually. The entrance fee for the palace is 6€ while the children under 18 are free charge. As the part of the Nymphenburg Palace, in 1990 was opened The Museum of Man and Nature. The museum’s exhibition mainly focuses on the development of our planet and evolution of human life from the first forms until today. The entrance fee for the museum is 3,50€.

Next stop is the famous Olympiapark München which was built in 1972 for Summer Olympics. It is located in the Oberwiesenfeld district and today serves as a venue for various shows and concerts. The area consists of 4 parts: Olympic Area which includes Stadium, Hall and Tower, Olympic Village, Olympic Shopping Centre and Olympic Park along with Olympic Mountain and Lake. You can climb the Olympic Tower up to the the viewing platform positioned at the height of 190m.

Munich is known to be a famous manufacturer of cars, more precisely of BMW (stands for Bayerische Motoren Werke) cars. The headquarters of this German company is in Munich and since 1916 it has been one of the most successful automobile companies in the world. Don’t miss to visit BMW Museum near the Olympiapark which shows company’s development throughout the history and some of the classic models from the past century.

After the extensive three-day sightseeing we recommend visiting Beer and Oktoberfest Museum. It would be a real shame to miss the museum dedicated to the biggest beer festival in Europe. The museum was opened in 2005 and it extends over 4 floors. Get yourself introduced with the history of brewing and beer culture. There is even a bar inside the museum where you can order a pint of beer and end your three-day stay properly! 🙂

NOTE: If you are planning to visit Munich, check out our article about the public transportation in Munich which will definitely come in handy.