The city of Munich is more than just the world-famous October fest; throughout the year the Bavarian capital is a very popular tourist destination, actually it is the second most visited German city after the capital Berlin. If you plan to visit and have no car at your disposal, you will have no trouble getting around as the public infrastructure within the city, as well to and from the city, is excellent. Here we have collected some of the basic information in relation to travelling by bus in Munich.

The city bus network is operated Münchner Verkehrsgesellschaft (MVG) which is also the operator of the subway and tram system in the city. The whole network is integrated which makes it easy for travellers to get around in the city. The main role of the 400 buses operated by MV, is to bring people to the subway and tram station and cover the areas in the city and especially in the outskirts of the town which has no subway or tram access. In total, the MVG bus network covers more than 450 km and includes more than 900 bus stops in Munich area.

All buses operated by MVG are low floor bus, equipped with ramps for easy wheelchair and buggy access. All buses also have an air-conditioning and an information system.

Tickets for the MVG network: You obviously can buy a single ticket for any route you wish to travel on but if you are visiting Munich for one or more days, you might consider a day or 3 day tickets which entitle you to an unlimited usage of Subway, tram and buses. The network of MVH is divided into rings: “Inner ring”, “larger ring” and “xxl ring” so remember to check the website of MVH which ticket you will need. You can visit the website of MVH here.

Tickets can be purchased at the website of MVG, by using their app or at ticket machines which can be found on all subways stations as well as on larger tram stations. In addition, you can also buy tickets in numerous kiosks and shops which you will recognize by the sign or sticker saying “MVG Zertifizierter ticket partner”. 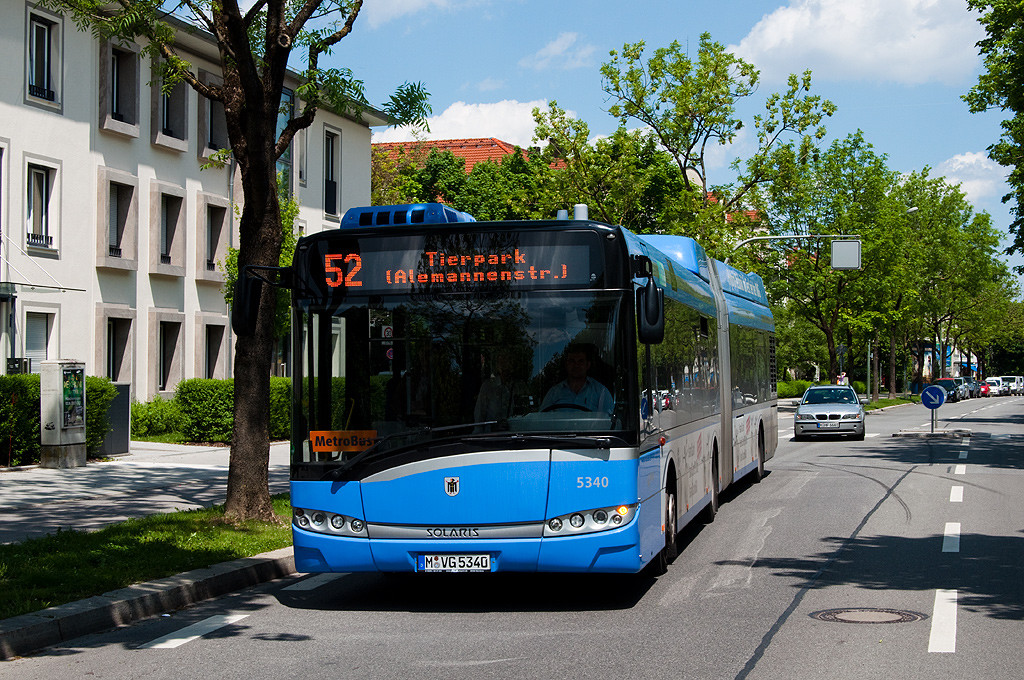 If the main purpose of your visit to Munich is to see the main sights like the historical town centre, old main station, Opera, Marienplatz, Schloss Nymphenburg, Olympiapark and English garden you might consider joining one of the sightseeing buses offering guided tours to all the important sights, alternatively, you can also consider buying a ticket to “hop on hop off” buses which also drive to all the most famous sights. You can see more about bus sightseeing and other tours from Munich here.

National buses to and from Munich

Since the boom of the long-distance bus market in 2013, the number of domestic bus lines and passengers travelling to and from Munich has been steadily increasing. From Munich you have buses to all major cities in Germany; the buses are modern, prices are low and departures are frequent.  The most popular travel routes are Munich to Berlin, Munich to Hamburg, Munich to Frankfurt and Munich to Dortmund, but basically you have departure to all larger cities in Germany

International buses to and from Munich

Munich is the main German hub for buses to Czech Republic , Slovakia , Austria , Croatia, Bosnia, Serbia and Montenegro, but you can more or less travel to any European country from Munich. Meanwhile this market is also getting more and more competitive as more and more carriers open international routes.

On Getbybus.com you can find the following bus routes from Munich to Croatia and BIH (and obviously also in the opposite direction).

If your destination in Croatia or Bosnia is not listed above you can always travel to Zagreb and then continue your travel by bus from there on.

Between Munich and Austria, there are several daily departure to Vienna, Innsbruck and Salzburg as fell as a few other cities. 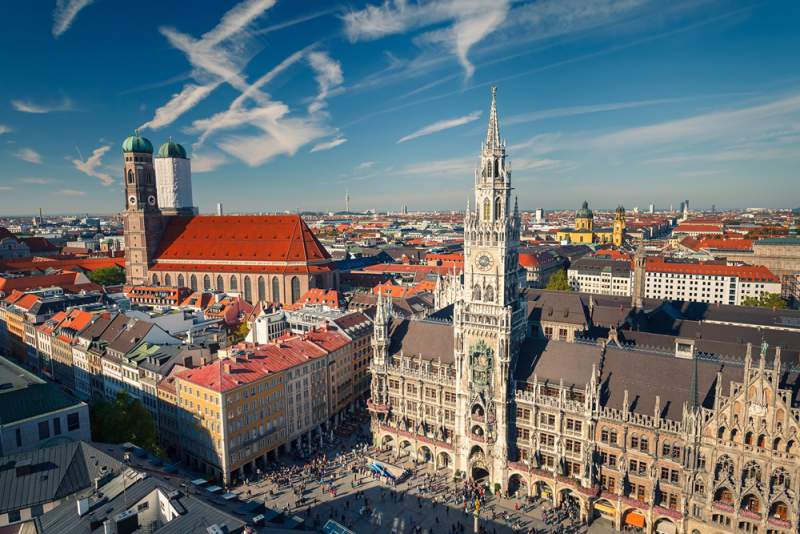 The main bus terminal in Munich (ZOB) is located at the following address:

which is just next to the main train station. You can see the map and GPS co-ordinates here. Most national and international buses from Munich depart from here. As mentioned, the bus terminal (ZOB) is located next to the main trains station, so you can easily reach the terminal from any location in Munich, either by bus, tram or subway.