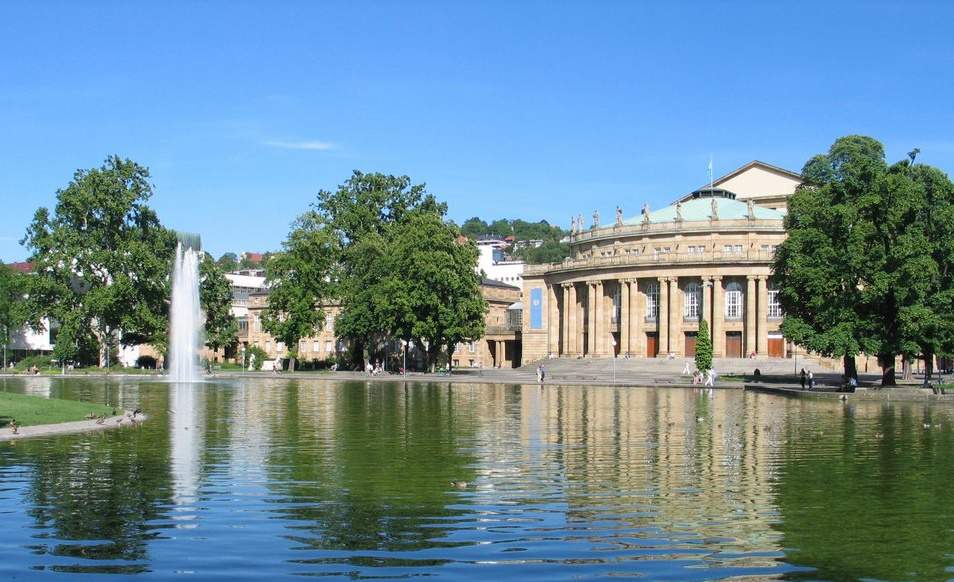 Stuttgart the capital of Baden Wurdenberg is with a population of about 600.000 on of the 10 largest cities in Germany, the larger region of Stuttgart has a total population of more then 2.5 Mio. Although Stuttgart is maybe not as well know as Berlin, Hamburg and Munich, in relation to being a tourist destination, the city has close to 4 Mio. yearly visitors, which makes it one of the most visited cities in Germany. Visiting Stuttgart with out car, (in spite of being the city of Mercedes and Porsche) is absolutely not a problem, the city has a well functioning public transport network.

Stuttgart has a very well organized public transport system, based on Metro, tram and local buses, the organisation and co-ordination of all transport in the town and the closer region is done by “Verkehrs- und Tarifverbund Stuttgart” (VVS). Each year more then 350 Mio. people uses the public transport network in Stuttgart.

In Stuttgart city region there are more then 100 city bus routes, more or less all of them are connected to one or more of the subway and tram station, making it possible for travellers to travel between any two parts of the city. Most of the buses is low floor access buses suitable for disabled person. The buses are equipped with air-condition and information system. 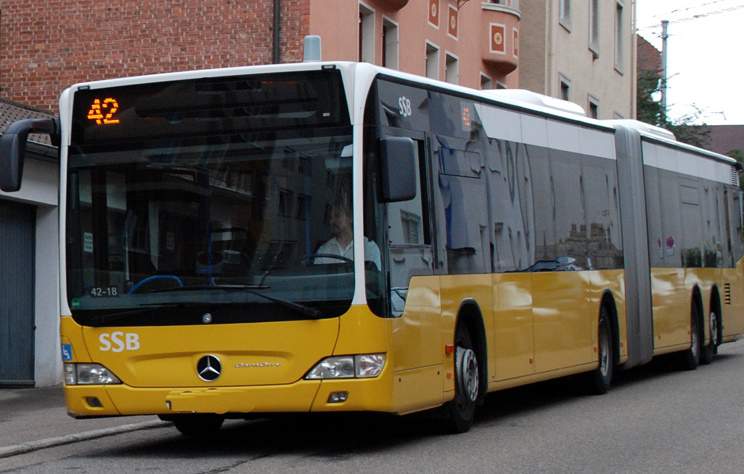 Tickets for the Public transport network in Stuttgart

For people living in the Stuttgart area, there is obviously a large Varity of tickets targeted for the local market like e.g. various types of monthly tickets. For Stuttgart visitors, there is also quite a few tickets to choose between, the most popular is the day ticket for the special 3 day ticket for hotel visitors. you can see all available tickets here , the tickets are sold for zones, which is like rings starting from the Stuttgart centre outwards, you will have to check for how many zones you need a ticket before purchasing it. The ticket can be used for buses, subway and trams in the zones they are bought for. Ticket you can buy at the homepage of VVS or by using their APP, other options is ticket machines on all subway and several tram stations. In the suburb area there is more then 300 kiosk and smaller shops selling tickets.

If wish to focus on seeing all the most important sights in Stuttgart, the Hop on – Hop off buses is the form of transport to choose, the open air bus (If weather permits it) has among others stops close to the following sights, palace square, pig museum, Mercedes Benz Museum, just to mention a few. The sightseeing bus run trough out the year, except on public holiday, during summer season there is more departures.

You can buy ticket for the city tour bus online or when boarding the bus, the buses has audio guidance on 10 different languages.

Domestic buses to an from Stuttgart

Travelling with long distance bus is very popular to and from Stuttgart, the city is connected with daily long distance buses to all major cities in German. Top destination from Stuttgart is Frankfurt, Berlin and Munich, to those cities there is 20 daily departures or more. Please note that do to reconstruction of the main train and bus terminal in the centre of the town, 3 alternative bus station in the city as well as the Stuttgart Airport are now used for the long distance buses (see below). Meanwhile the airport has become the most used stop for buses to important destination like Berlin, Munich and Hamburg.

International buses to and from Stuttgart:

From Stuttgart there is international buses to most countries in Europe, buses to neighbouring countries like, Austria, Switzerland, Belgium, France and Netherlands, operate daily or at least several times a week. Bus to countries further away operate once or twice per week.

On Getbybus.com you among others find the international departures from Stuttgart to the following locations:

As the original main train and bus terminal is currently undergoing some major reconstruction works, buses now departure from several interim bus stations in the city. It is therefore advisable to check exactly where your buses departure.

The second most used bus station is the ZOB-Zuffenhausen, which is situated about 7 km from the town centre at the following address Burgunderstr. 39, 70435 Stuttgart, next to the bus station there is a larger tram station, where line S4, S5, S6 drive to.

The third bus station for domestic and international buses, is the bus station next to the Tram station in Vaihingen approximately 8 km west of the city centre. The address of the bus station is, Vollmoellerstraße, 70563 Stuttgart

Reaching the Stuttgart Airport with bus or train

Getting from Stuttgart to Stuttgart airport or the opposite direction is easiest with tram or train, which run very frequent, additionally there are several buses from various parts of Stuttgart.