Vienna is a vibrant and multicultural city in the heart of Europe. Reflecting almost 400 years long history as the center of Habsburg Monarchy and Austro-Hungarian Empire, Vienna has a lot to offer: imperial palaces, museums and galleries, concert halls and opera houses, but also a great number of iconic places where some of the greatest minds of 18th and 19th century assembled and worked. Nevertheless, Vienna also means fun: a lot of concerts, partying and outdoor gatherings by the Danube, picnics and rollercoaster rides… Vienna has it all.

To make the best of your trip, take a look at this 4-day plan that will guide you through the must-see places in Vienna.

Start your first day at Maria-Theresien-Platz, with the two most famous museums in Austria:  Vienna Museum of Natural History and Kunsthistorisches Museum (“Museum of Art History”). Both museums were built in the 19th century, have almost the same exterior, and are placed to face each other. At the Museum of Natural History, you should look for the famous exhibit of Venus of Willendorf (25,000 years old limestone statuette), and at the Museum of Art History take a look at the paintings of Velázquez, Brueghel, Rubens, etc., as well as the Egyptian collection. 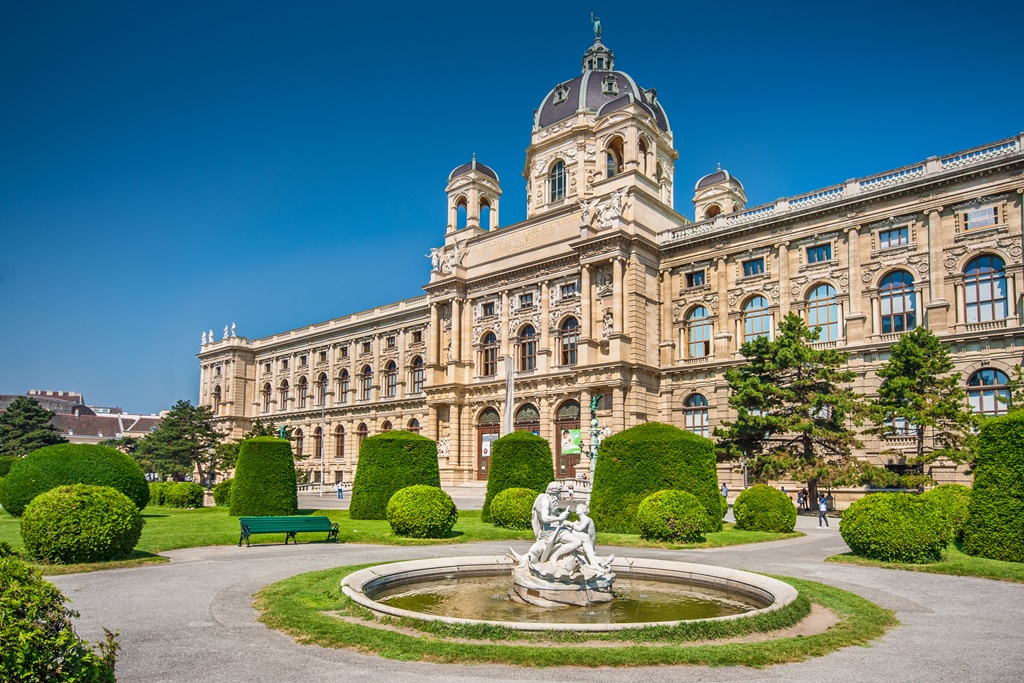 If you are interested in psychology, you may want to visit the Sigmund Freud Museum that comprises the waiting room and his study, with original furniture, as well as some exhibits regarding the Freud family and Sigmund Freud’s biography.

It’s now time to grab a late lunch. Try some traditional Austrian food like Wiener Schnitzel or Tafelspitz at a local restaurant nearby, e.g. Centimeter restaurant. Regarding drinks, beer is their national pride. Ottakringer is a good local option.

Take a walk around the area and check out the nearby city hall with the surrounding park. This is the focal point during Christmas because the largest part of their Christmas market is placed in front of the Vienna City Hall. Across the street from the city hall, you can find the Burgtheater (Imperial Court Theatre), and next to it the famous Café Landtmann (established in 1873, it was Sigmund Freud’s favourite café). 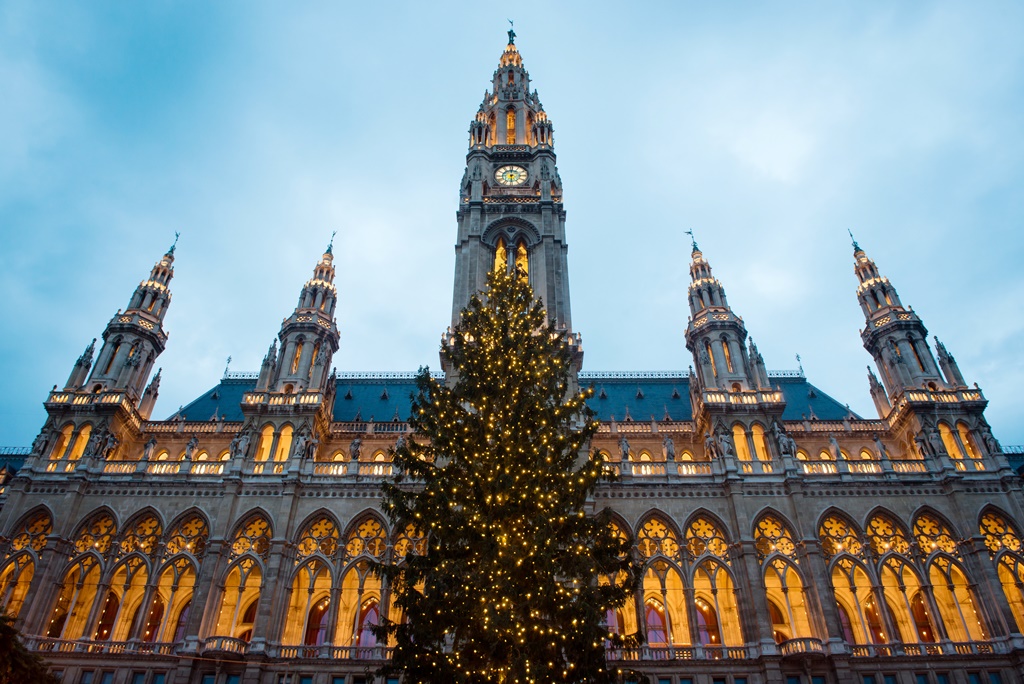 Round up your first day at the nearby Café Central. Dating back to 1876, it is the most attractive coffeehouse in Vienna. Here, all the great minds of the 19th century, like Freud, Trotsky, Altenberg, etc. gathered over coffee and cigars. Sit back and relax, try some delicious cakes and the traditional Kaiser Spritzer (with elderberry flavour) while listening to the piano, in an elegant setting that will take you back in time.

When visiting Vienna, you have to try the famous Sacher cake, the most famous chocolate cake in the world. You can do that at Demel Konditorei that was established in 1786 and has the official label of Imperial and Royal Court Confectionary Bakery. If you want to have some coffee with the cake, you should try the typical Viennese coffee called Wiener Melange (similar to cappuccino). 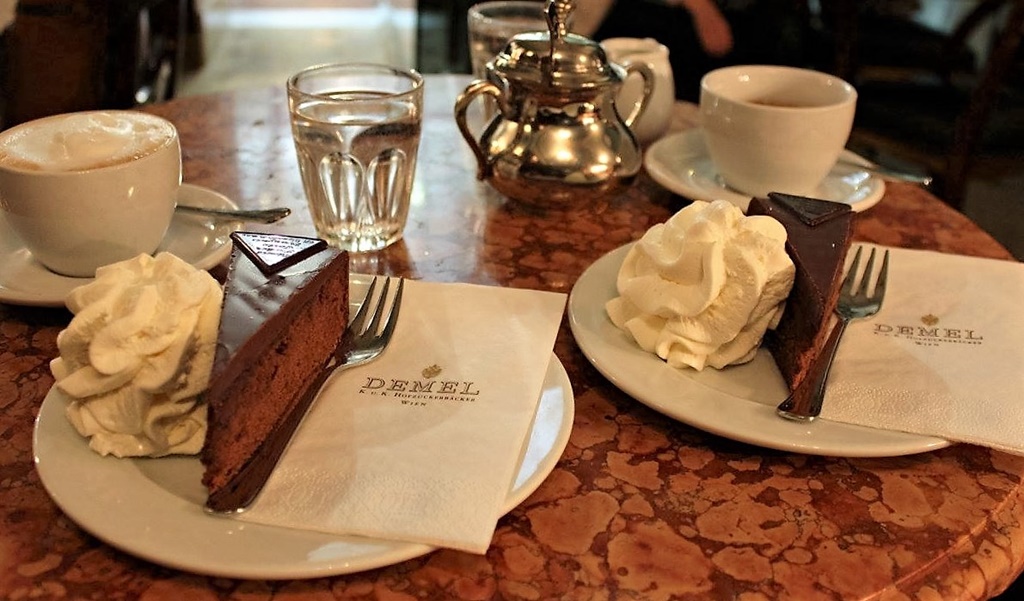 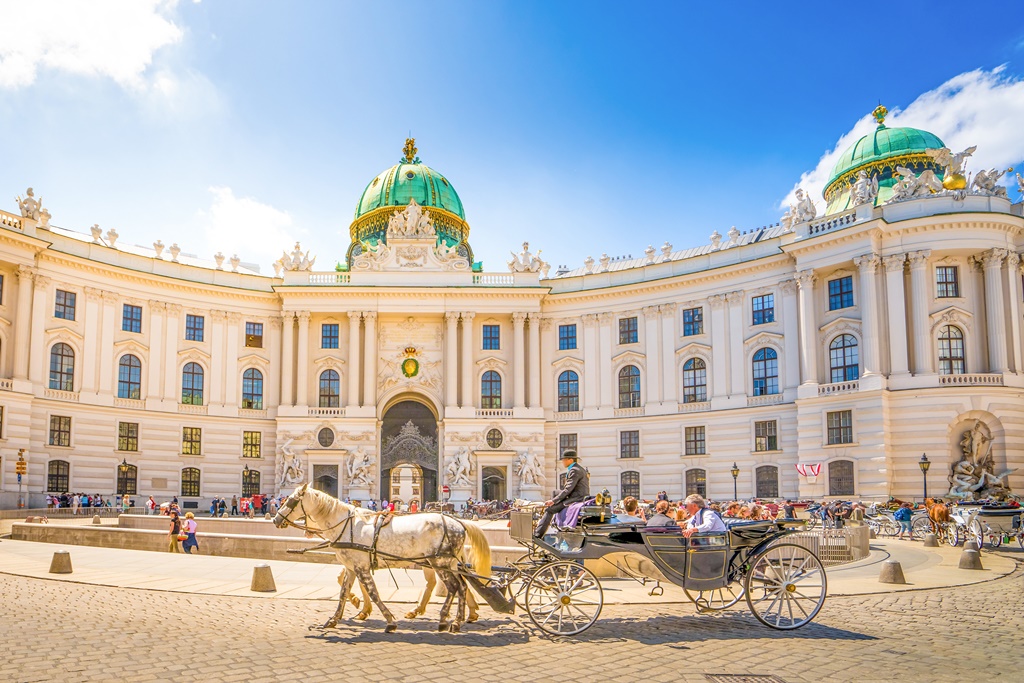 Near the complex you can find a lot of restaurants to grab some lunch, e.g. Va Piano (famous food chain offering homemade pasta dishes prepared in front of you).

In the afternoon, you could visit Belvedere Museum Gallery, consisting of Upper and Lower Belvedere with Orangery, surrounded by a beautiful garden with fountains. In the Upper Belvedere you can find the permanent collection, including Gustav Klimt’s masterpieces, like the famous Kiss or Judith, as well as his other 22 works, which makes Upper Belvedere a gallery with the largest collection of Klimt’s works. After the tour, take a stroll around the park and relax with a cup of coffee from the museum bar. 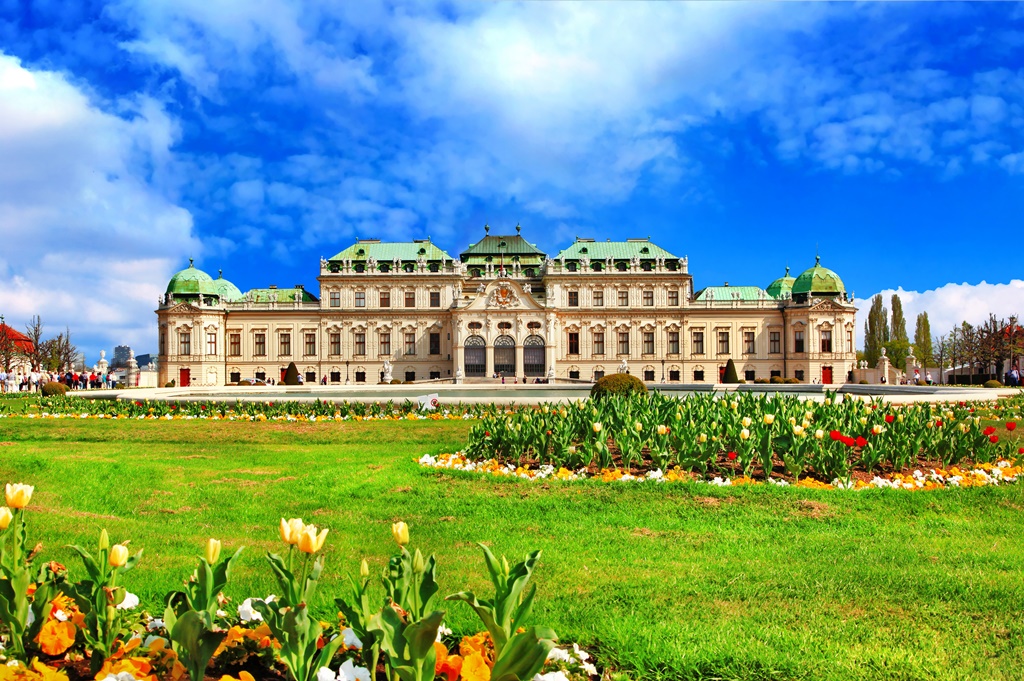 Around the Hofburg Palace, you will probably notice the staff of Wiener Mozart Konzerte or Vienna Mozart Orchestra trying to sell tickets for a classical music concert comprising of mostly Mozart’s works. Although made for tourists, it is a good experience, especially if held at the Musikverein Golden Hall (known for hosting New Year’s concert on the 1st January every year). For those interested in classical music, this can be a perfect end of their second day in Vienna. 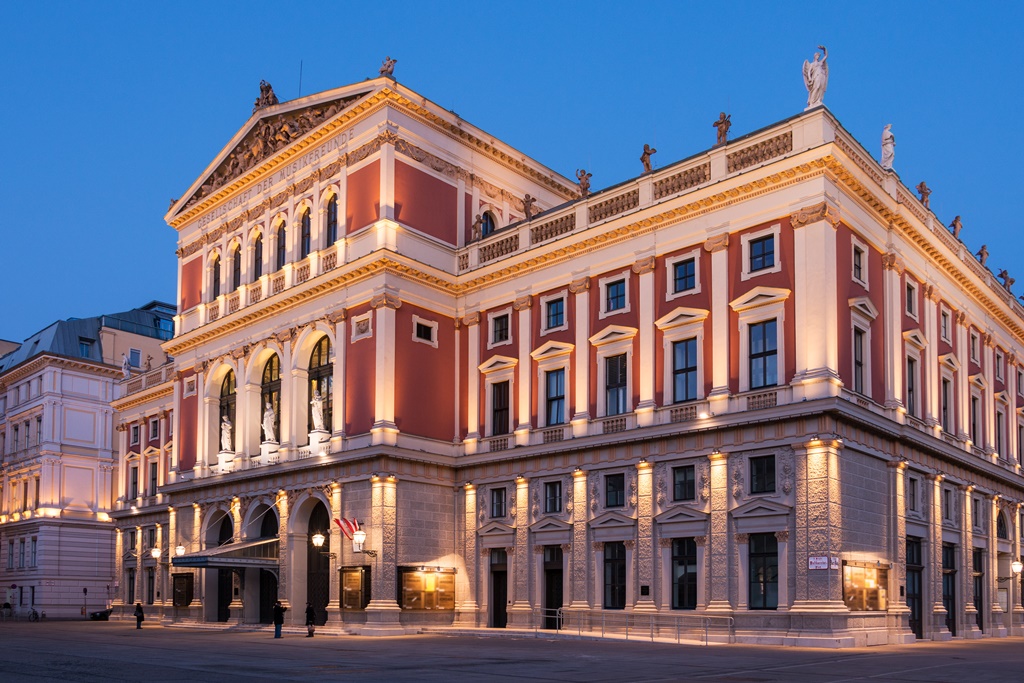 It’s time to visit the palace and gardens of Schönbrunn, former imperial summer residence of the Habsburg dynasty. This large estate consists of the Baroque palace, Orangery, Gloriette, Palm house and pavilions, all surrounded by magnificent gardens. You may expect to spend at least 5 hours at Schönbrunn (including waiting time at the entrance), depending of course on the type of pass you choose. “Classic Pass” is a good option, giving the best value for money. Take a stroll around the gardens, sit back, relax and admire the view from the Gloriette. 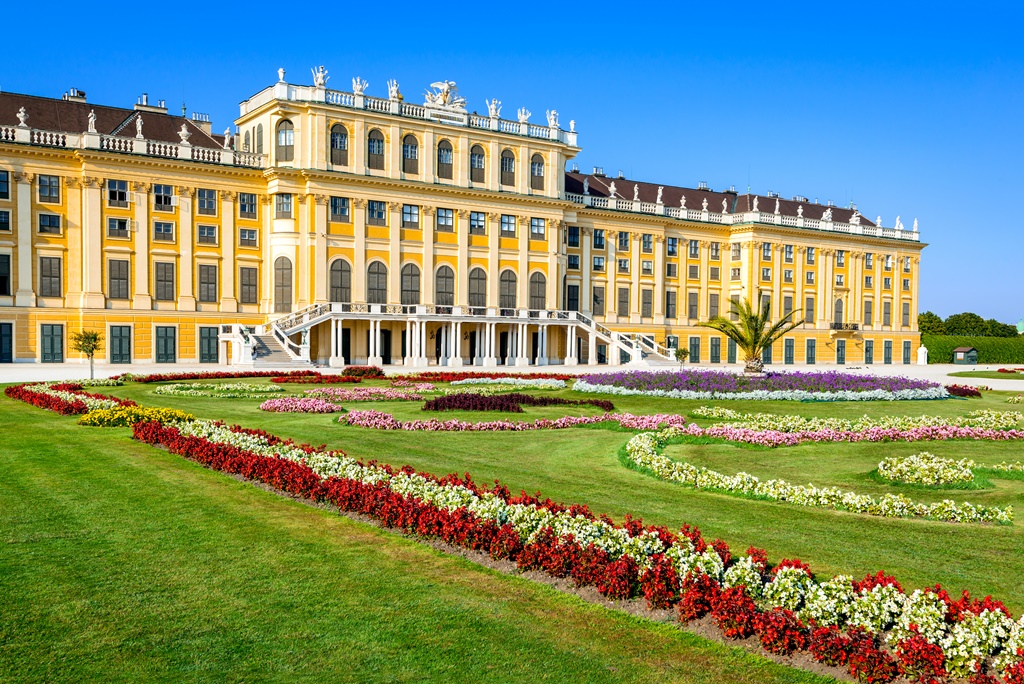 In the afternoon, you can go to Prater – a large amusement park with numerous rides and attractions, roller coasters, ghost trains, and the famous Ferris wheel, Wiener Riesenrad. Here you can have a late lunch in one of the bistros or at the stands, to try the traditional Wiener wurst (Vienna sausage). Take a walk through the park, try some candied apples or chocolate strawberries, and enjoy your rides! 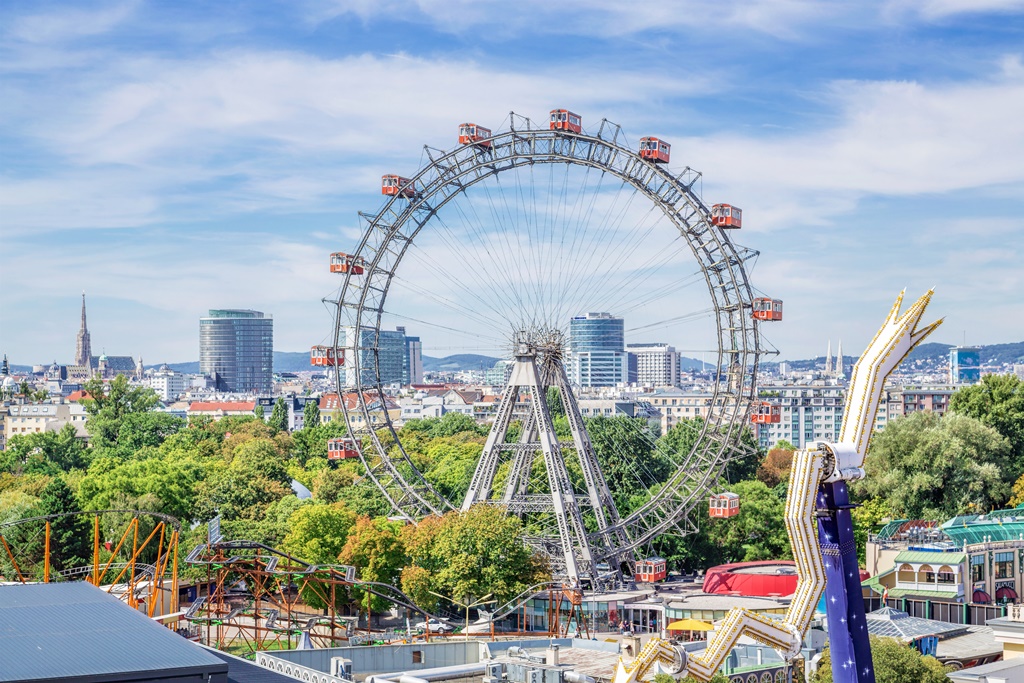 For the night out, you may want to go and check some clubs. During the summer, the most famous party zone is the Donauinsel (Danube Island) with bars, nightclubs and beaches, which hosts an open air festival every year in June, internationally known as the Donauinselfest. However, during the winter, you can check some of the bars and nightclubs in the city center, e.g. Travel Shack Vienna.

On your last day in Vienna, you should visit the city center, starting with the cathedral. Take the metro line U1 or U3 to reach Stephansplatz and you will come to the main pedestrian area in Vienna. This is also the best shopping area with stores like Zara, Mango, H&M, Peek & Cloppenburg, Swarovski, Douglas Perfumery, etc. as well as Nespresso Boutique and Julius Meinl store at Graben. Take some time for shopping! 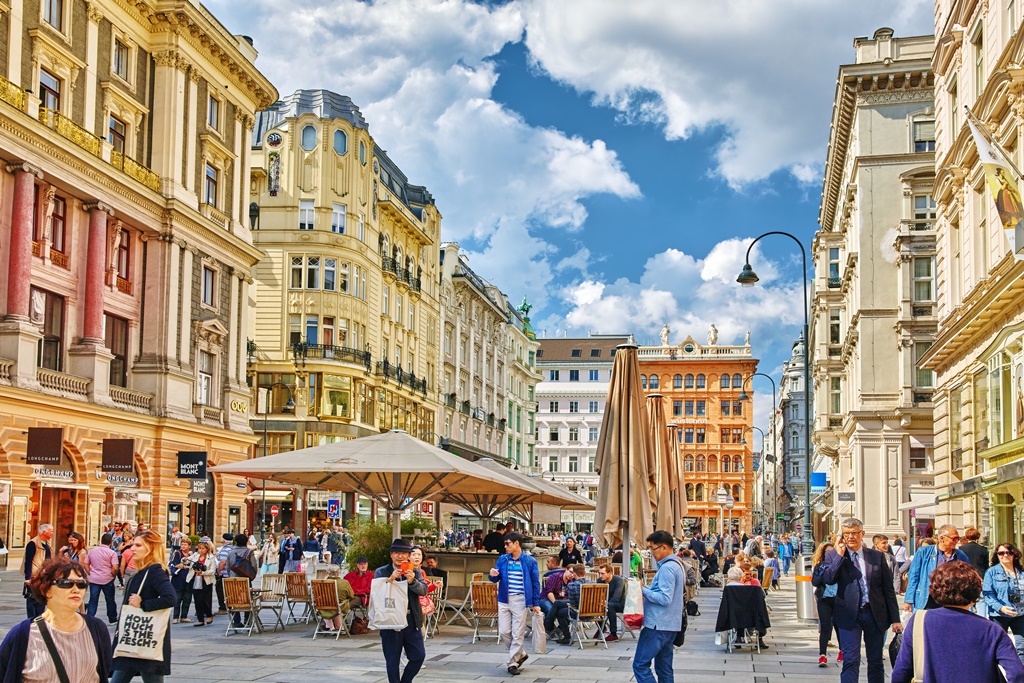 Just around the corner from St. Stephen’s cathedral you can find the Mozarthaus, a four-storey house turned into a museum related to the time when Mozart and his family lived there, in an apartment at the first floor. You can see some pieces of the original furniture, as well as parts of his works composed during his life in Vienna, like The Marriage of Figaro. 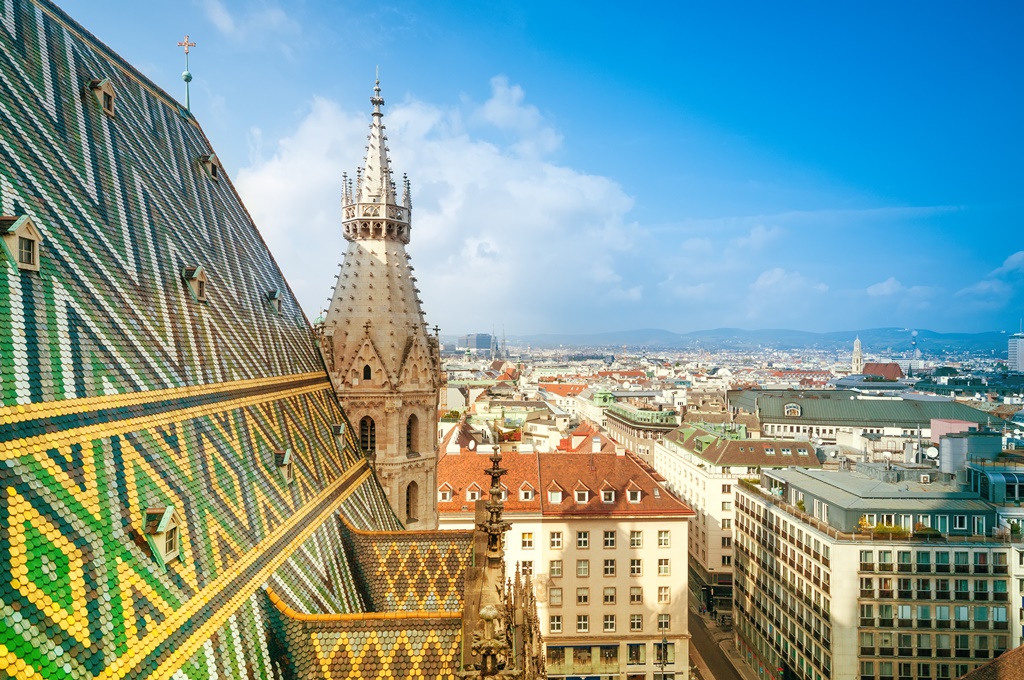 Near Mozart’s house, walking down the Schulerstrasse and Zedlitzgasse, you will reach the city park, with monuments to Franz Schubert and Johann Strauss, as well as the Kursalon Vienna (exclusive venue for classical concerts and events all year round). Take a walk around the park and relax before a late lunch in one of the restaurants in the area to round up your final day in Vienna. 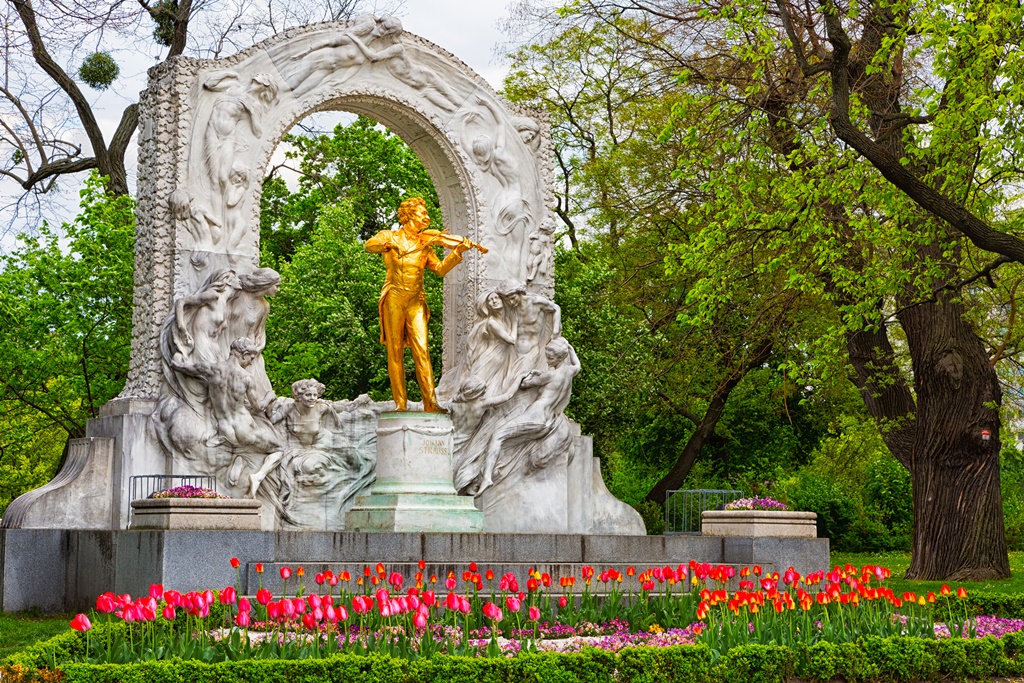 If you would like to visit Vienna, take a look at getbybus.com to find the best route from your city. Check out the most popular routes: Prague to Vienna, Budapest to Vienna, Bratislava to Vienna, Munich to Vienna. If you will be arriving by plane, check our post about reaching Vienna city center from the airport.

Older
What to see in Tuscany
Newer
24 Hours in Zagreb