Blidinje nature park in southern Bosnia and Herzegovina is one of its most beautiful places to visit. The nature park extends 358 square kilometres of the Blidinje plateau, at the foot of the Čvrsnica, Vran and Čabulja mountains. Due to its intact nature and diverse fauna, in 1995 it was declared a nature park. Blidinje nature park which invested a lot in its tourist offering is an ideal place for a weekend getaway, especially for nature lovers.

How to get to Blidinje Nature Park

Blidinje Nature Park spreads over the areas of several municipalities: Posušje, Tomislavgrad, Prozor-Rama and Jablanica. Also, it doesn’t have an official access point, so it does not charge any entrance fees. While some sights can only be traversed on foot, there is a road that crosses the park.

Regarding the bigger cities, the capital Sarajevo is at a 2-hour distance and is accessible via Doljani by A1 and E73/M17. Bear in mind that here a part of the A1 motorway applies tolls.

There aren’t buses going to the lake or other sights in the nature park. However, there are bus lines to Jablanica from bigger cities like Sarajevo and Zenica, as well as the surrounding Mostar and Konjic, but also Split in Croatia. Therefore, to visit the sights, you can go by car or choose organised tours.

In case you’re flying to Bosnia and Herzegovina, the closest airport to Blidinje Nature Park is Mostar Airport. Since there aren’t organised buses, you can opt for a taxi or a private transfer to Mostar city centre. The most convenient way would be to rent a car since there aren’t buses that go to Blidinje.

Also, a way to reach Blidinje is by flying to the capital Sarajevo Airport. The airport is well-connected to the city centre which is only 30 minutes away. It can be reached by airport or local bus and by taxi. Furthermore, the main bus station is 30 minutes bus drive away from the airport, including a 10-minute walk, so it can be a way to reach other towns in the country, e.g. Mostar or Jablanica.

Also, Blidinje nature park is at a 2-hour distance from the Adriatic Sea, so Split Airport in Croatia can be your choice, too. 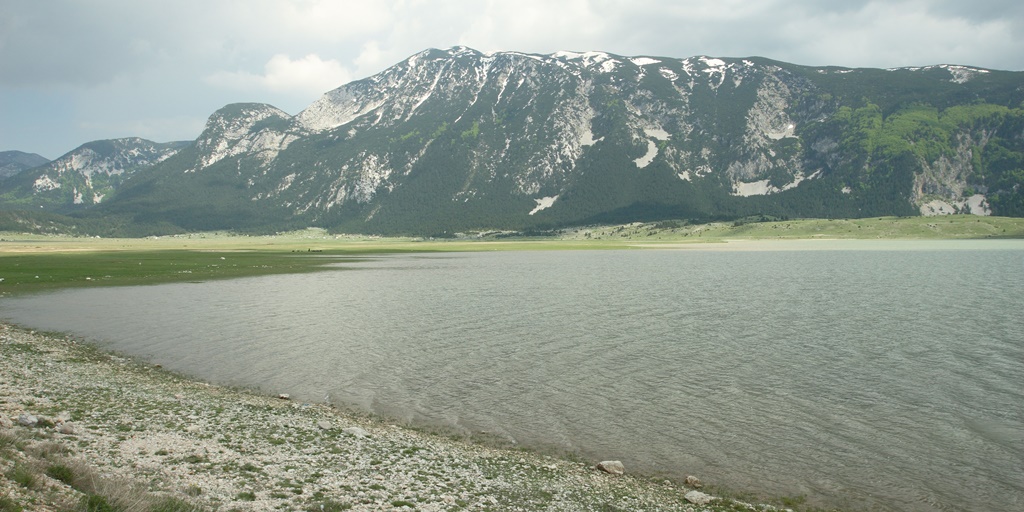 What to see and do in Blidinje nature park

Blidinje nature park is remarkable not just because of its beautiful landscape and fun activities, but also because it conserves cultural heritage that dates centuries back.

Some of the most important sights in the park include the following.

One of the most beautiful viewpoints and a great end to a hike certainly describes Hajdučka Vrata. It is a circular stone that has been considered a natural monument since 1985. According to the legend, it helped the Outlaws become bulletproof while fighting the Ottomans. Besides it being a natural wonder, its position overlooking the valleys from the eastern side of the Cvrsnica Mountain is what lures visitors here.

Nestled between Čvrsnica and Vran mountains, in Polja valley, lies Blidinje lake, after which the park got its name. It is a natural lake, of glacial origin according to some, that varies from 2.5 to 6 km² in size. Its position in between the mountains gives an amazing panorama of the surrounding mountains.

Stećci or mediaeval stone sleepers that date back to the period between the 12th and 14th centuries are situated in Blidinje. Especially in Dugo Polje, which is a large necropolis that consists of 150 of these Christian tombstones situated on the road to Kedžara. They vary in sizes and shapes – from slabs to crates. Also, they are often decorated with crosses, and rosettes or tell a story through symbols. Therefore, due to its cultural importance, in 2016, Dugo Polje was included on UNESCO’s list of World Heritage.

Čvrsnica mountain is an ideal place for hiking and snowshoeing because it is home to the highest peak in Herzegovina – Pločno and also three lakes: Blidinje, Crepulja and Crvenjak. Another activity Blidinje is famous for is skiing, especially in the surrounding areas in Croatia.

There are organised tours to enjoy the peace and quiet of nature, which is especially appealing in the winter. Some of the organised hiking tours that cost around 100 euros are the following.

This hiking trail, although classified as a difficult one, is unmissable if you want a great view from the top. The end of the trail is Hajdučka Vrata (Outlaws Gate) so the view of the surrounding valley is spectacular.

An easier trail starts at Hajdučke Vrleti restaurant, through the woods and ends at the mountain top Veliki Vran. This mountain peak is situated at 2074m sea level and offers a view of the surrounding lakes – Buško, Ramsko and Blidinje.

Another trail starts at the Franciscan monastery in Masna Luka and goes all the way up to Pločno, the highest peak of Čvrsica mountain. The trail is considered difficult and gets steeper, especially at the end, but the surrounding pinewood is worth the hike.

One of the best things Blidinje has to offer is skiing in the Risovac ski centre. This ski spot is a favourite skiing destination for visitors from the surrounding cities, and the surrounding countries. Situated at the foot of Čvrsnica mountain, this ski resort has several slopes and a ski lift on an area of 30,000 m2. Ski equipment can be rented from the stores in the immediate vicinity of the resort.

There are plenty of other organised activities available in the park that are followed by skillful instructors.

Where to eat in Blidinje nature park

An unmissable stop in the Blidinje nature park is a small hotel and a restaurant Hajdučke Vrleti. Here, you need to try the gastronomic traditions of the region. Their local dishes include cooked lamb, polenta with lučinica (a mixture of sour cream and garlic), fritters with lučinica, beef ham, various cheeses and the usual international dishes. While both local and international cuisine is what you will also find at the ski centre’s restaurant Staza. 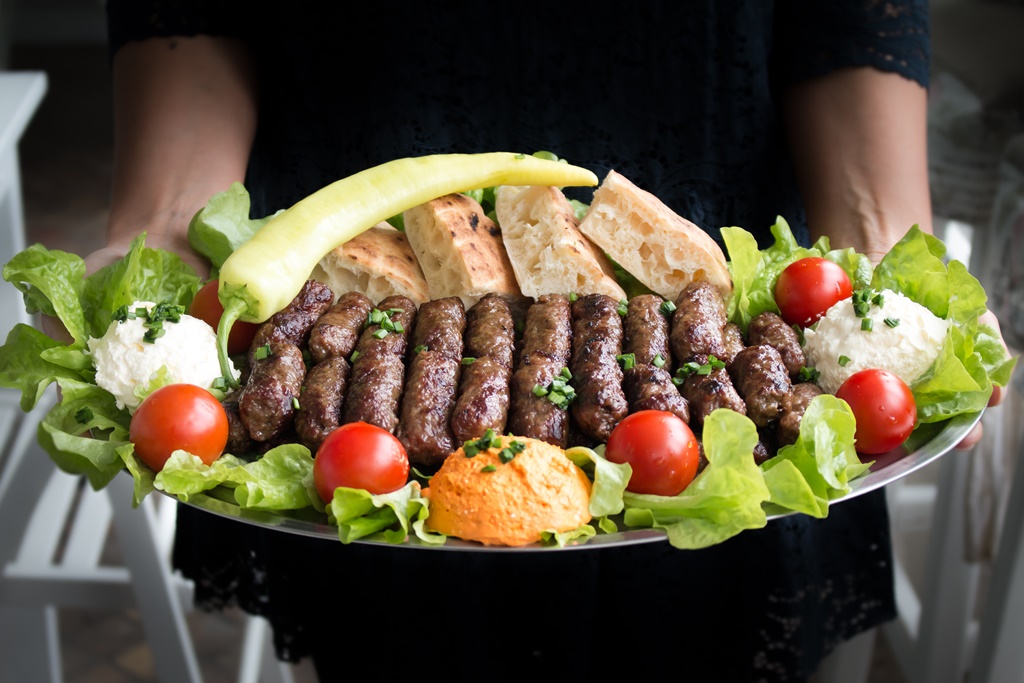 Have in mind there are very few accommodation options around Blidinje, so staying overnight needs to be planned in advance.