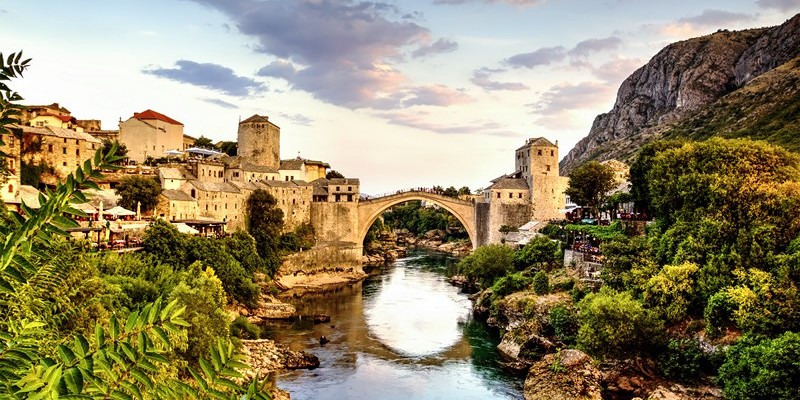 Mostar Airport is located in Ortijes which is 7.5 km southeast from Mostar; it takes approximately 12 minutes to get there by car. Mostar Airport is mostly used by pilgrimage travellers; also low-cost seasonal airline companies from Italy have flights to Mostar Airport.

These are the transport means from/to Mostar Airport:

Airport bus: Mostar Airport does not have organized bus transport to Mostar

Public transport: public buses do not go directly to Mostar Airport. However, lines nr. 28 and 29 pass through Ortijes. It is also possible to ask the drivers of the line between Capljina to Mostar / Mostar to Capljina to stop at the bus stop near the airport.

If you want to reach the centre of Mostar from the airport by bus, you will have to walk on the road and find the bus station which is not recommended.

Here you can book your transfer in advance.

Taxi: there is a taxi stand in front of the airport building; it is recommended to arrange the price with the driver before the ride.

Rent a car: you can rent a car at Mostar Airport but it is recommended to do it in advance, from home. Here you can check the vehicles and the rental prices and book your vehicle.

Is there a direct bus line from Mostar Airport to Medjugorje?

There is no direct bus line from Mostar Airport to Medjugorje. The easiest and the fastest way to get to Medjugorje is to book a transfer in advance.
Another option is to reach the bus station in Mostar and take a bus to Medjugorje which is 29 km from Mostar. The schedule is available here.

How to reach Sarajevo from Mostar Airport?

The easiest way to reach Sarajevo is by private transfer booked in advance. Another option is to reach the bus station in Mostar and take there a bus to Sarajevo. The bus schedule is available here.

Do taxi drivers use taximeter?

By law they have to but it happens that some do not obey the law.

If I travel with a baby, can I be sure that taxis have a child seat?

Some taxis do but to be safe it is best to book a private transfer in advance.

Is it possible to pay for the transfer from the airport in euros, dollars or sterling?

The only currency allowed by law is the Convertible Mark but there are exceptions. Airport bus drivers, as well as private transfer drivers and taxi drivers, will accept euros (dollars and sterling not always). If you do not give the correct amount of money, the rest will be given to you in Convertible Marks.

If you are not sure where to find main bus stations in the mentioned cities, you can use the Station locator on Getbybus.com where you will find all the info on the desired bus station.