Top places to visit in Estonia

Estonia truly is one of the underrated places when it comes to traveling in Europe. Its capital Tallinn may be its best asset, but there are other cities in this small Baltic country. It is not as crowded as some other European cities and its well-preserved architecture is definitely worth seeing. Nonetheless, Estonia’s less populated countryside surely attracts nature lovers, especially the national parks that are all about the sustainability of untouched nature.

All in all, here is the list of top 10 places to visit when coming to Estonia,  a gem in northern Europe!

The famous Tallinn Christmas market was picked as the best Christmas market in Europe in 2019 and remains one of the most visited ones. It takes place from the end of November to early January in Raekoja Plats (Town Hall Square). Here, various lit stalls and attractions circle the star of the show – the Christmas tree. Furthermore, the Christmas period is an ideal time to try out the Christmas dishes at restaurants in the center. One such is a medieval-themed Olde Hansa restaurant just around the corner.

The Estonian capital is one of the best-preserved European medieval cities. Therefore, its Old Town is an unmissable spot easily accessible on foot. It contains 15th-century architecture and cobblestone streets protected by UNESCO. Moreover, it can be viewed from the Upper Town called Toompea. In addition, situated here are also the Toompea Castle – the seat of the Estonian Parliament Rigiikou and two churches – Alexander Nevsky and St. Mary’s Cathedral. 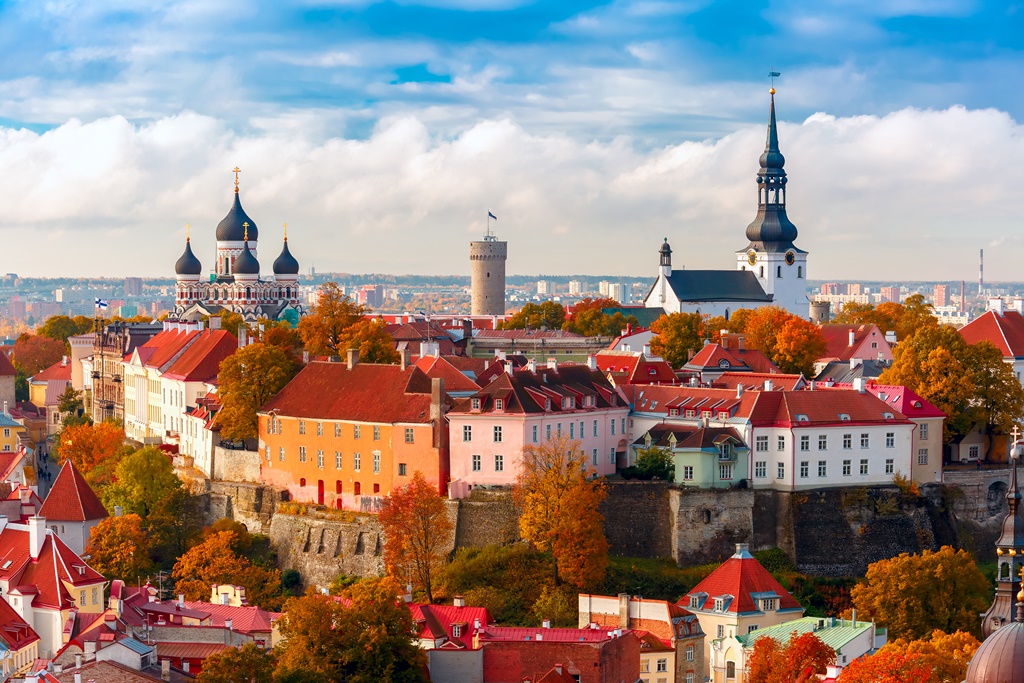 Estonia’s best summer destination is Parnu, set only 2 hours away from the capital.

Its main attraction is Parnu Beach which is a spacious beach with a long promenade and shallow water. Also, since Parnu is a summer spot, it is best to take your time strolling the streets, especially the main Rüütli Street with its shops and restaurants. In addition, the city is also a popular health and wellness destination. That’s so, particularly because of mud baths, offered by the city’s hotels such as Hedon. 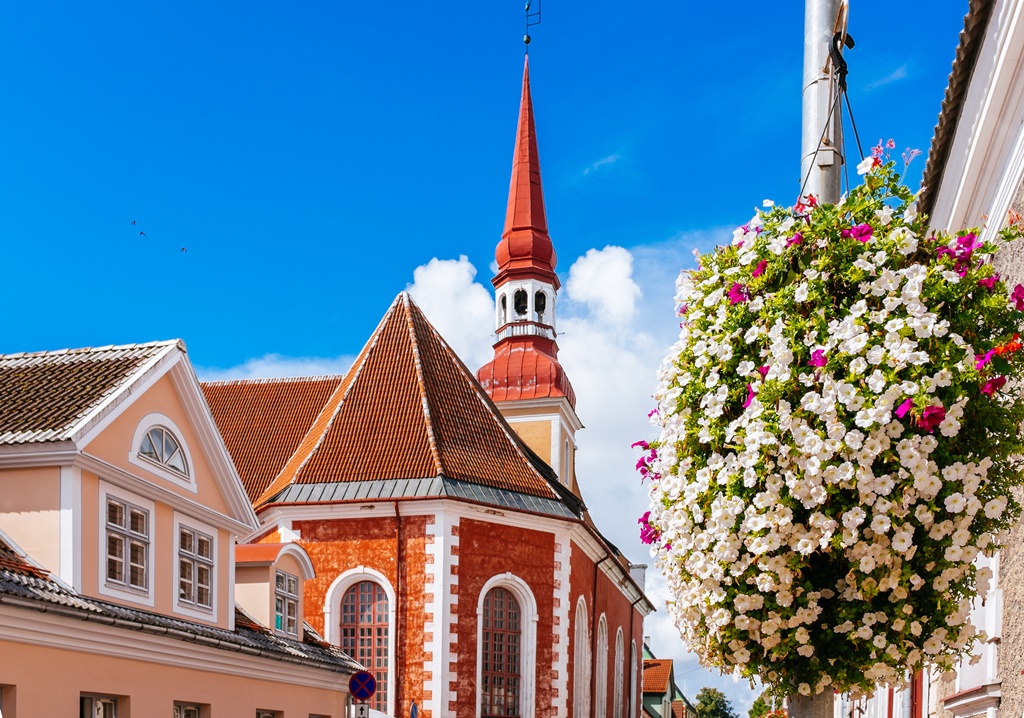 Viljandi is a small but charming village in the south of Estonia. Here, you can visit the lake, and the ruins of a castle, and check out the town from the Water Tower. But, the city is best known for the Viljandi Folk Music Festival, held each year at the end of July. The festival cherishes the heritage and traditions of the past, focusing on European folk music. So, the weekend the festival is held, Viljandi transforms from a quiet city to a city flooded with tens of thousands of people that enjoy the festivities.

What’s so particular about the easternmost city in Estonia is its position – only a stone’s throw away from Ivangorod in Russia. Namely, the longest river in Estonia – the Narva River divides the two countries connected by a bridge. Furthermore, the promenade along the river offers a view of Hermann Castle which faces another castle on the opposite side. In addition, Narva’s city architecture and the nearby Narva-Jõesuu resort are additional reasons to visit this city.

Lahemaa is the oldest and the largest national park in Estonia. What’s more, it is situated only 70 kilometers east of Tallinn. It is a diverse place that is home to pine woods, sandy shores and magical Estonian bogs ideal for hiking. Also, here you can visit Jägala Fall, the biggest natural waterfall in Estonia! Besides the natural values, there are architectural sights to visit as well, like many old manor houses. 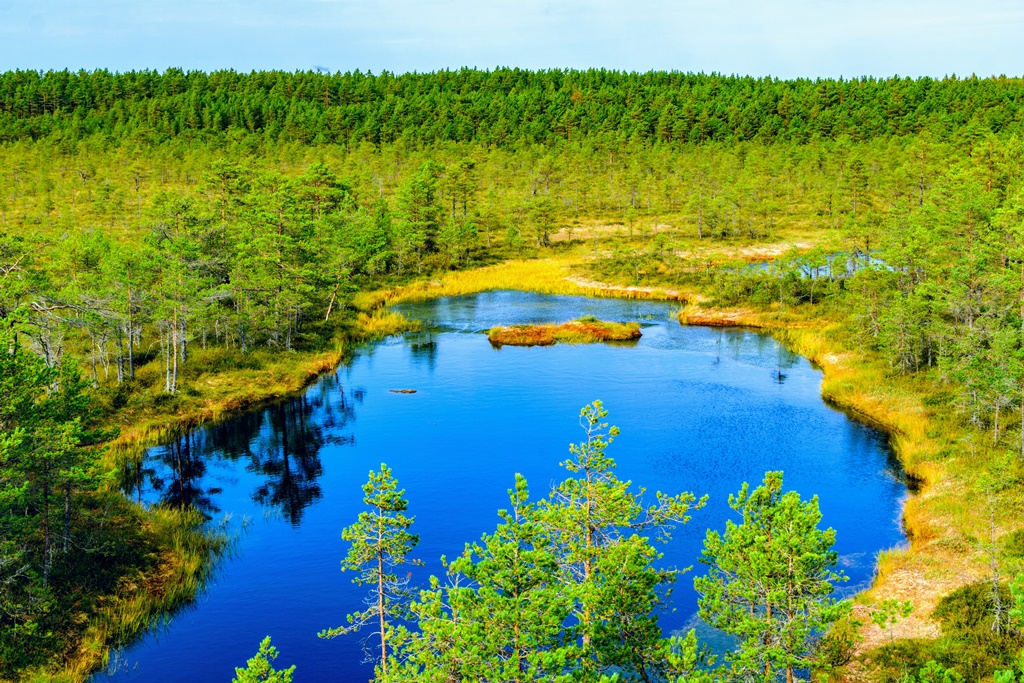 Matsalu was established in 1957 to protect the nesting and migrating birds. It encompasses Matsalu Bay, the lower course of the River Kasari, coastal and wooded meadows, and about 50 islands. With more than 270 species, it is known as one of the best places for birdwatching! There are 7 bird-watching towers in the park, including Haeska, Keemu and Kloostri, as well as many nature trails. One of the trails starts at the visitor center in Penijõe manor, near Lihula. 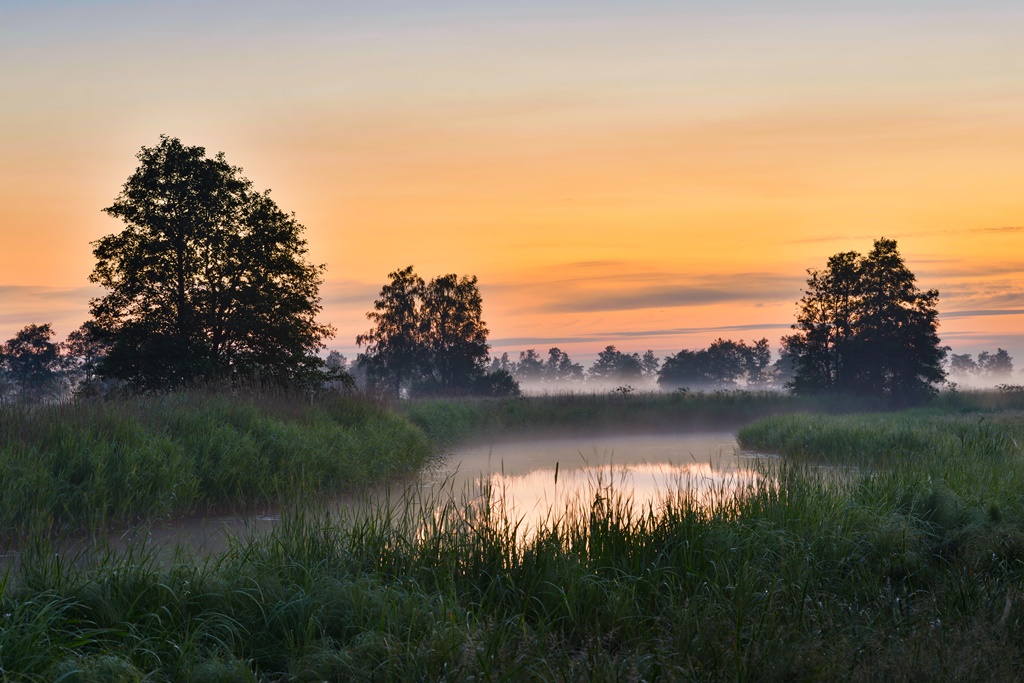 Estonia boasts a large number of museums, and the Seaplane Harbor in Tallinn houses one of the biggest maritime museums in Europe. This museum was often rewarded, too. Moreover, the museum comprises around 200 artifacts – from ships to mines and cannons. However, the biggest attractions are the 1930s submarine, 100-year-old steam-powered icebreaker, and the remains of the oldest ship in Estonia. The museum is interactive, so you can try out a naval uniform.

There is another must-see place in Tallinn – a top-notch district Kadriorg. It is an area lined with mansions and villas. However, the white-orange baroque palace and park ensemble, built 300 years ago by Russian emperor Peter the Great, is the most visited one. Now, it is home to Kadriorg art Museum. Its surroundings are also worth the visit – there are seven museums dedicated to art, literature and children. Interestingly, the two museums dedicated to Estonian writers preserve the decor of the 19th century. 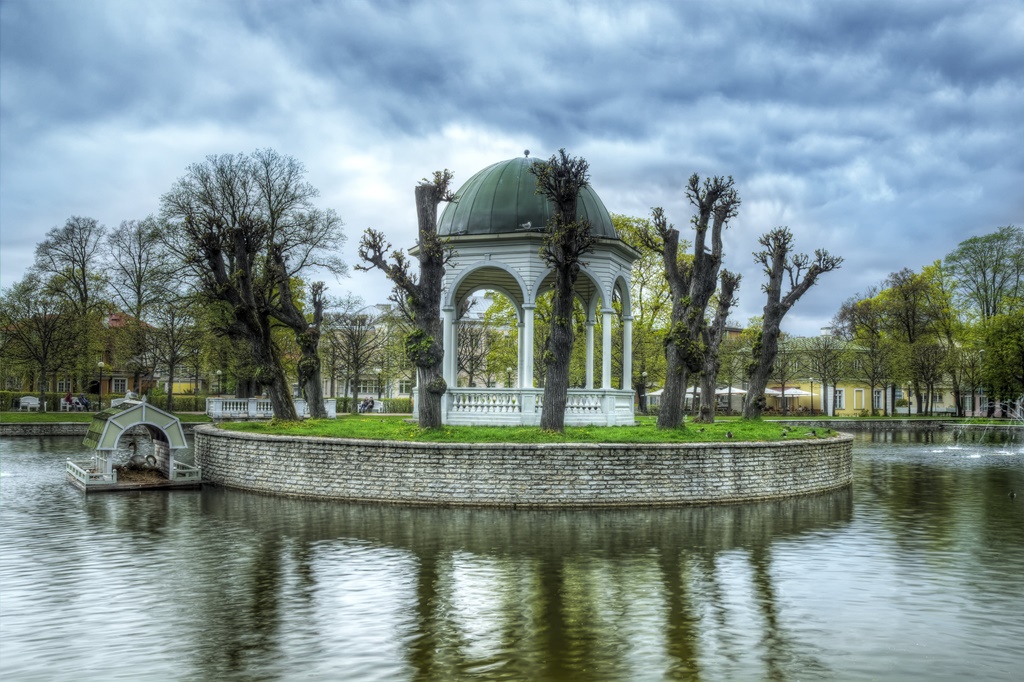 Kuressaare Castle (Arensburg) is located on the biggest island in Estonia – Saaremaa. It dates back to the 14th century and is one of the best-preserved fortification castles in Europe. Furthermore, it was built as an episcopal residence, becoming later a fortification structure with the change of hands. Today, it houses the Saaremaa Museum. What strikes more is its position on an artificial island where it’s protected by earth bastions and surrounded by lots of greenery.