Considered to be the oldest inhabited site in Europe (ever since 1100 BC), Cadiz is an impressive city located in the southern Spain, more precisely in Andalusia. Being part of the Costa de la Luz (or Coast of Light in English), the city’s coast features many golden sandy beaches, while the White Villages Route marks Cadiz’ interior. Apart from the beautiful architecture, the city has a fantastic gastronomic offer and exceptional natural environment. If you’re still not convinced, hear us out why Cadiz should be your next destination!

1) Be a part of the amazing Carnival of Cadiz

The Cadiz Carnival is well-known across the globe as a huge street party. The event which attracts thousands of people every year is a perfect way to see how Cadiz handles streets full of people singing, dancing and enjoying themselves. However, if you’re planning to experience this celebration, plan it well ahead as it is one of the most long-awaited events on the calendar. The Grand Finale is one of the highlights of the fiesta, it is held on the first Friday of Carnival and lasts until the next morning, after which the groups take the stage to perform the Carrusel de Coros on Sunday and Monday. Fancy dress code is obligatory and, whether you’re alone of with someone, it is a must to wear a costume, at least during the parades, the Gran Cabalgata (on the first Sunday) and Cabalgata del Humor (Comedy Parade) on the last weekend. We must mention the ‘charangas ilegales’ as well, which appear in the Plaza de las Flores. Those are families, friends and workmates which compete for humor with the ‘official’ performers. Parties, fireworks, amazing costumes and many other activities promise a long-lasting fun. 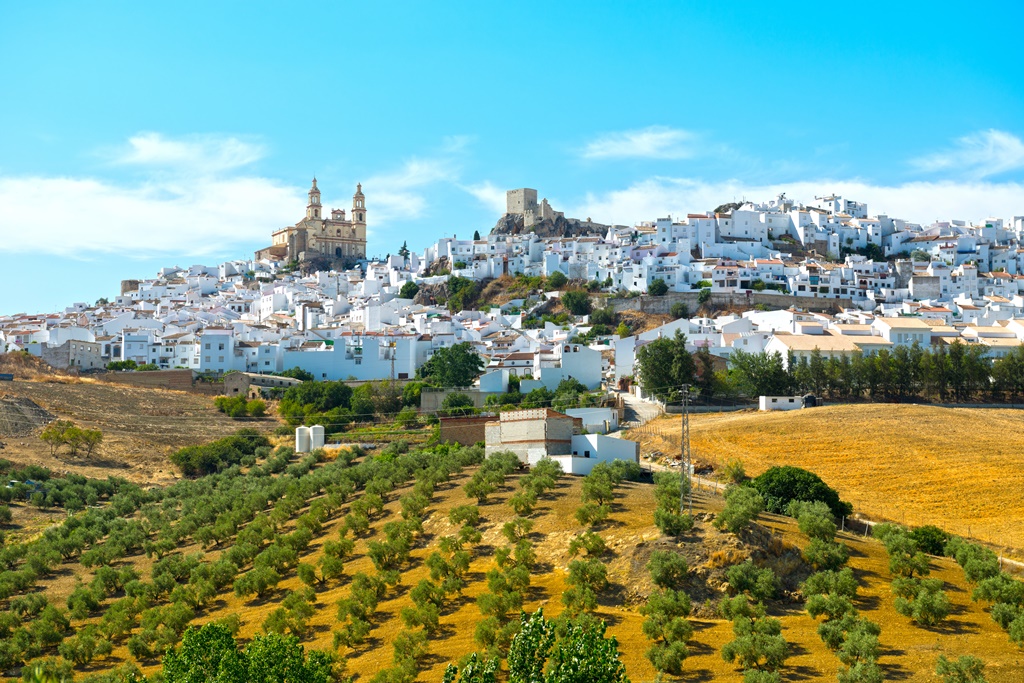 2) Relax at one of the many sandy beaches

Cadiz is well-known for its long, sandy beaches. The bay on the west side of the city called La Caleta is more than just a beach: it is a place where Cadiz’ trading history began as Phoenicians, Carthaginians and Romans all used the place as their natural harbour. The beach where every single large rock has its own name (after an animal or everyday object) at the far end of the Cadiz peninsula is one of the most photographed in the region and a proud winner of a blue flag award due to its cleanliness and excellent facilities. Another pearl of the city is almost 3 kilometre-long Playa de la Victoria, often claimed to be Europe’s best urban beach. Apart from many bars, parasols and paddle boats, there are also sport camps and an outdoor cinema, as well as a tourist information office. We must mention other less popular, yet as beautiful beaches too, like Santa Maria del Mar, visited mostly by families and people who enjoy body-boarding, Cortadura, El Chato and Torregorda. 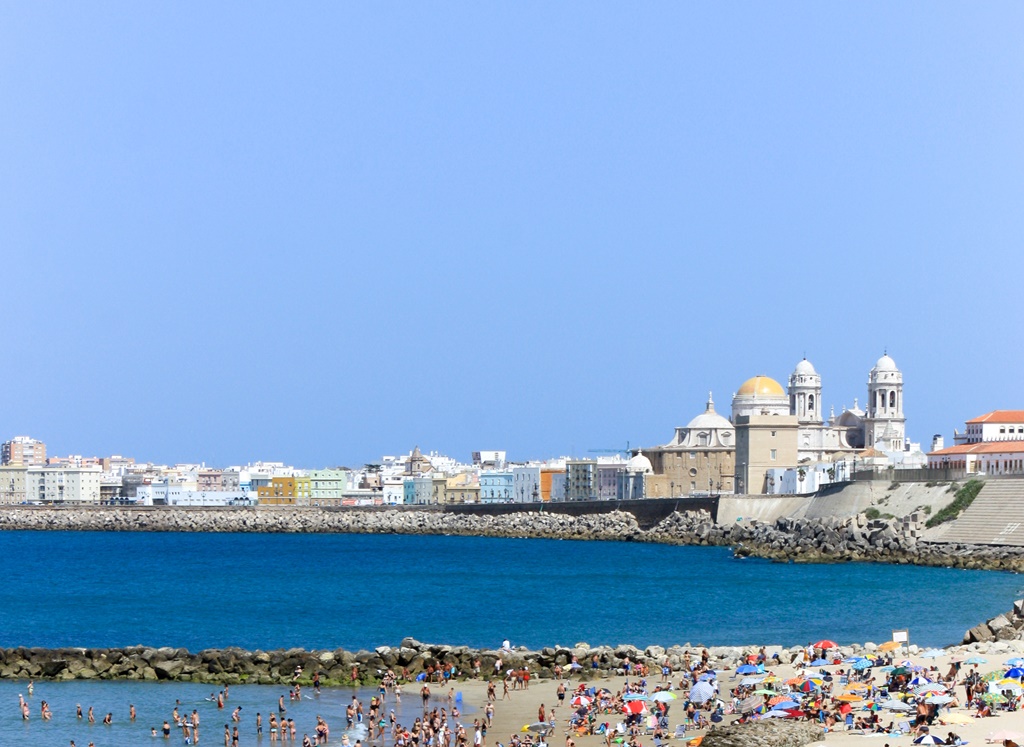 The oldest place in Europe should be a home to the oldest quarter in Europe, right? El Populo is located at the gate to the old town, between the City Hall and Catedral Nueva, and features 3 thirteen-century archways, Arco del Populo, Arco de la Rosa and Arco de los Blancos. The district shares the surface with the medieval town, the castle and the walls, so don’t waste time and get lost in the narrow stone streets while exploring the charming Cadiz. El Populo is part of the city with the biggest number of monuments, so we should highlight some of them, such as Casa del Almirante, a lovely baroque palace built by the Indian De Barrio family, Iglesia de Santa Cruz, the first cathedral ever in the city, and Oratorio de San Felipe Neri, the place where the Spanish Constitution of 1812 was signed. One of barrio’s most beautiful spaces is Plaza de la Catedral, surrounded by a maze of vibrant shopping streets where charming boutiques mix with tapas bars, among which the most popular one is Bar Estrella, so make sure to stop by for a drink there.

4) Check out the unique-as-it-sounds Sherry Triangle

Jerez de la Frontera, Sanlucar de Barrameda and El Puerto de Santa Maria mark the three  corners of the famous ‘Sherry Triangle’. North of Cadiz, Jerez de la Frontera, is known for its sherry, a long equestrian tradition and for being home of flamenco. Sanlucar de Barrameda on the other hand is renowned for bodegas where you can try the well-known manzanilla, a dry sherry. The last part of the triangle, El Puerto de Santa Maria, has magnificent mansions as evidence of the region’s wealth in the 18th century, as well as some seafood restaurants and bars. Whether you’re a fan of wine tasting or not, you don’t want to miss your opportunity to learn something about the history, beaches, cuisine, and traditional flamenco dance and visit the marvelous Parque Nacional de Doñana, considered one of the most important natural protected areas in Europe. 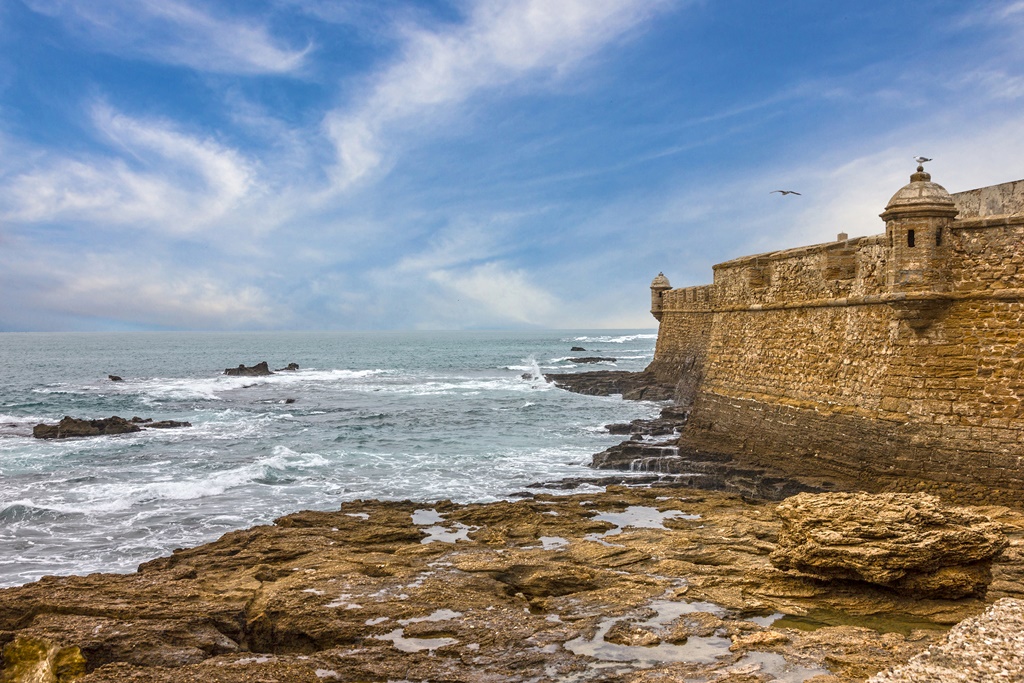 5) Admire the view from the Castle of San Sebastian

San Sebastian Castle is situated on the small island, named after a chapel from 1457 and built by the crews of a Venetian boat, who had the permission to recover there from the plague which destroyed their vessel. To build the castle, the Venetians used the remains of an old lighthouse, of Muslim origins, which was replaced in 1613 by a watchtower used to help guiding seafarers defending the coast. During its lifespan, the Castle was also used as a prison or for quarantines. However, the lighthouse was rebuilt in the 19th century and was replaced by the present structure in 1908. San Sebastian Castle is now used as an exhibition area in the inner bunkers and as a concert venue and other outdoor leisure events. It is open Mon – Fri from 10:00 a.m. do 08:00 p.m. There is no admission fee, so you can enjoy both the exhibits and fantastic view from the castle free of charge.