Because why not? What’s not to like? It is so beautiful that we are going to need new adjectives to describe these astonishing and scenic landscapes, rich history and unique culture. And there is so much more to it – ancient cities and trails, mummy sites scattered all over the country,  the world’s highest lake and deepest canyon, and let’s not forget the possible alien landing strips. Wow!

Without further ado, check out the reasons why you should visit Peru.

Machu Picchu, often referred to as the “Lost City of the Incas”, is what brings most tourists to Peru. It is absolutely breathtaking and definitely worth visiting. However, Machu Picchu is more than just an ancient city. It is also an astrological observatory containing the only remaining intact Intihuatana stone. The word “Intihuatana” derives from the Quechua language meaning “place to tie up the sun”. Interestingly, Intihuatana has been chiselled from a gigantic rock and is considered a mysterious instrument used for astronomy and rituals.

What’s more, it is believed that the entire city was constructed without the usage of the wheel. Unsurprisingly, Machu Picchu was voted one of the New Seven Wonders of the World and in 1983 it was enlisted as a UNESCO World Heritage Site. Although it is incredibly famous, and the most visited sight in South America, Machu Picchu is one of many ancient cities’ remains in Peru.

Among other ancient cities, there is Kuelap – the “northern Machu Picchu”, Chavín de Huantar – the pre-Incan site containing narrow tunnels and impressive engravings, and Chan Chan – the adobe city. 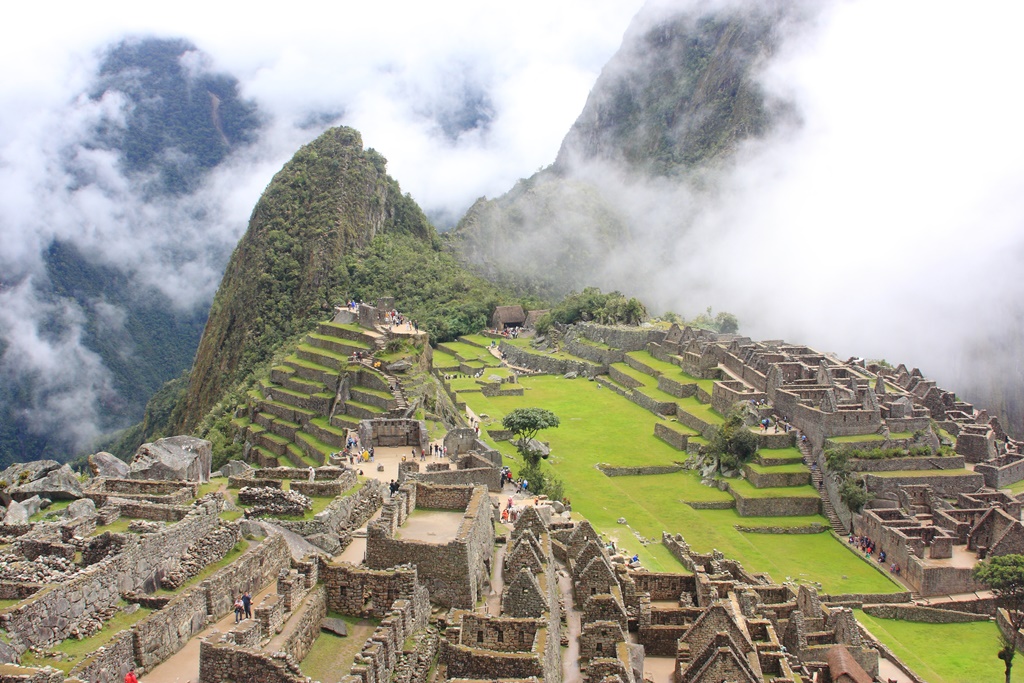 Peru is well known for its natural beauty and historical treasure. This is where you will find Lake Titicaca, the world’s highest lake, also known as the birthplace of the Sun.

What’s more, the world’s highest sand dunes – the Cerro Blanco, rising over the Sechura Desert at around 1176 metres, are situated here.

Furthermore, Peru encompasses the world’s deepest canyon, the Cotahuasi Canyon, which is twice the depth of the Grand Canyon.

Still not convinced? Cuzco, the oldest continuously inhabited city in the Americas, is situated in Peru as well.

In addition, this is where the Sacred Valley is located, once the centre of the Incan world.

Besides that, there are numerous national parks, all equally mesmerizing.

Finally, as the cherry on top, there is the amazing Rainbow Mountains, also known as Vinicunca. And yes, they do look as colorful in real life. 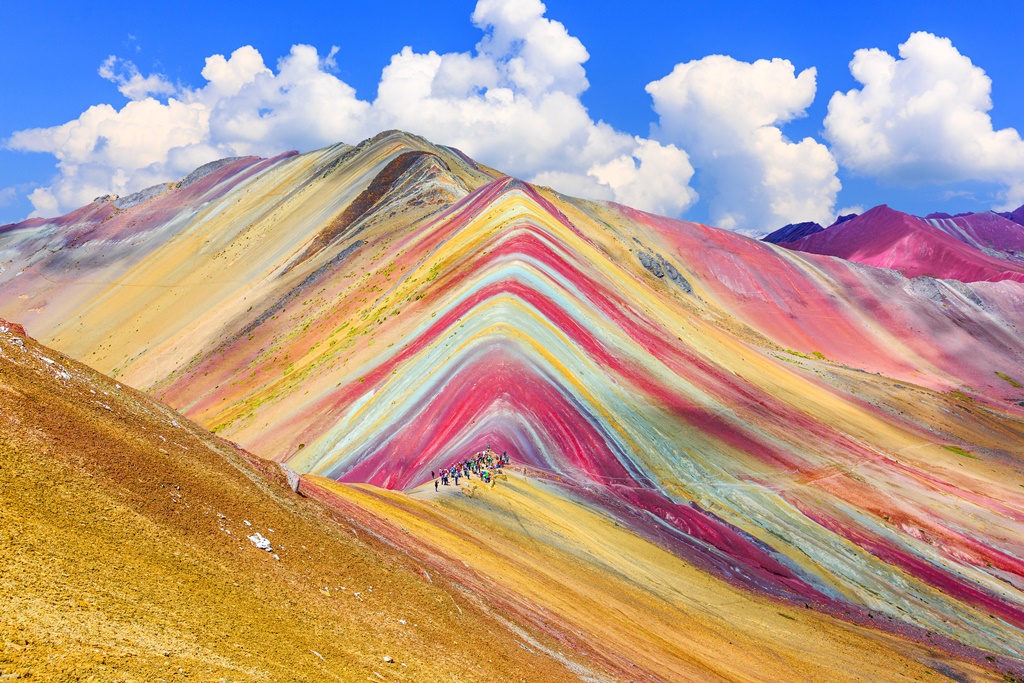 All the sightseeing can be a bit tiring, and there sure is a lot to see in Peru. That’s why they have the perfect medication for relaxation – more than 2500 km of coastline. Due to its length, it is obvious that the coastline is very diverse which ensures there is something for everyone’s taste. From sandy beaches to the ones with cliffs and mountains, whether you are looking for a more laid-back vibe or something urban and exciting, you will find it here.

One of the most famous beaches is Playa Roja (Red Beach) which gets its name from the unusual color of the sand. The views are amazing as it is surrounded by the stunning natural beauty of Paracas National Reserve. Moreover, the view gets more and more beautiful as the sun sinks below the horizon.

Another popular beach is Punta Sal. Its perfect sand and warm waters are what makes it a tropical paradise. What’s more, it is sunny here almost every day of the year.

Furthermore, Miraflores, or the “urban beach”, is the most popular beach in Lima. It is located below the rocky cliffs of Lima’s downtown and it includes bars, restaurants, shopping centers, and nightclubs.

Besides stunning views, most beaches offer numerous activities for visitors. The most popular ones are surfing and paragliding.

So what are you waiting for? Pack your sunscreen and the ultimate relaxation may begin!

For 7 years in a row (2012-2019) Peru was titled the World’s Leading Culinary Destination by the World Travel Awards. Yes, in addition to all the above (and latter), Peru is also one of the top foodie destinations in the world!

However, their most famous dish is ceviche. It is a traditional seafood dish. The fresh raw fish is cured in fresh citrus juices, seasoned with ají, chilli peppers or other spices, and chopped onions.

Furthermore, this is where you can try the camu camu fruit, a superfood with the highest vitamin C concentration.

On top of that, you can try more than 3000 different types of potatoes. Just imagine all the chip variety!

On the other hand, besides mouthwatering food, Peru’s signature drink is the famous Pisco Sour. Surprisingly, the drink was invented not by a Peruvian, but by an American bartender. It is made from Peruvian brandy, lemons, sugar, water, egg whites, bitters and ice. Delicious! 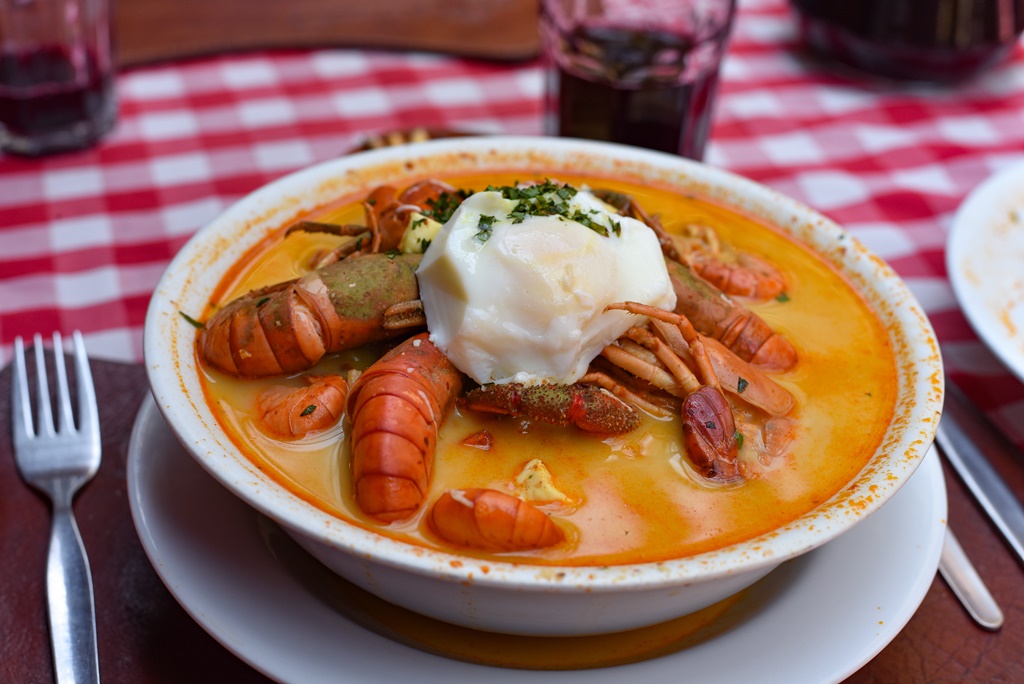 Last but not least, Peru is home to one of the world’s most exquisite archaeological mysteries – the Nazca Lines. They were discovered in 1927, in the desert plateau between Nazca and Palpa. However, it is estimated that they were carved into the ground between 500 BC and AD 500. Furthermore, this immense and impressive work of art depicts more than 70 giant human and animal geoglyphs that can be seen properly only from the air. In addition, it is believed that they were made by rearranging objects within the site. Due to its size, some believe that the geoglyphs were made by aliens, while others say it is a sophisticated astronomical calendar.

In any case, this site is not to be missed when visiting Peru.