How does one even begin describing Lithuania? In a country where one of the oldest languages in the world is spoken, neighbourhoods can declare themselves as independent republics and basketball is a religion. As if that’s not enough, rivers are dyed green, food is shaped like zeppelins, and on top of that, it is the only country in the world with its own official scent. Undoubtedly, it is a very unique and interesting place.

Travel back in time

Lithuania is a country with an incredibly rich history and culture. It has numerous castles, fortresses, basilicas, churches and palaces. The most famous site is, obviously, Vilnius. It is the capital of the country and one of the biggest remaining medieval old towns in Northern Europe. Moreover, in 1994, Vilnius Old Town was listed as a UNESCO World Heritage Site. In addition, the oldest part of the city contains numerous historical buildings and includes the greatest European architectural styles – gothic, renaissance, baroque and neoclassical.

Furthermore, another place not to be missed is Kaunas. It is the European Capital of Culture 2022. What’s more, it is home to Kaunas Castle, the oldest stone castle in the country. Besides that, this is where the world’s only Devil’s Museum is.

Speaking of castles, the most famous one in Lithuania is probably the Trakai Medieval Castle. It was built on an island in the middle of a lake. It dates back to the 14th century and it is located in the Trakai Historical National Park, approximately 25 km west of Vilnius.

Another medieval castle site fairly close to Vilnius is the Kernavė Castle Hills. In 2004, it was listed as a UNESCO World Heritage Site. Besides its archaeological importance, it is also the venue for a popular medieval festival called “Medieval Days”. However, unlike other festivals of such kind, this one emphasizes the pagan tradition of the time. 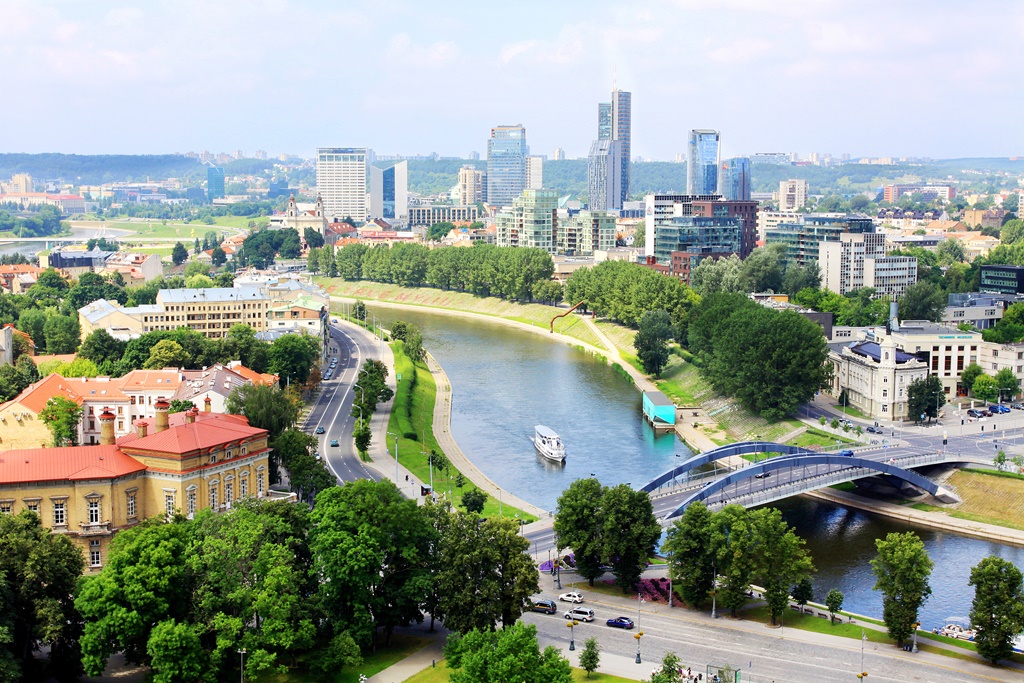 If there is one thing that this charming, yet unusual and culturally rich country doesn’t lack, it’s variety. Whether you are looking for a place to meditate and increase your energy levels, or are you more into some spooky stuff, Lithuania’s got you covered.

The Hil of Crosses is pilgrims’ favourite destination and the only one of its kind. It is one of the most awe-inspiring sites in the country containing thousands of different types of crosses. What’s more, it was recognized by UNESCO as a Masterpiece of the Oral and Intangible Heritage of Humanity.

Another spiritual site is the Pyramid of Merkine, located in the Dzūkija National Park woods. It is the perfect place to do some meditation and re-energize. In fact, it is considered the most powerful and magical place in all of Lithuania.

On the spooky side, besides the previously mentioned Devil’s Museum, there is the Curonian Spit, also known as Lithuanian Sahara. It is a national park recognized by UNESCO, brimming with small fishing villages and beautiful beaches. However, this is also where the Hill of the Witches is located as well as the Dead Forest. Furthermore, one of Lithuania’s most popular resorts, Neringa, is situated in the Spit. It is believed that the waters of the Baltic Sea that flow here are incredibly rich in healing minerals that cure numerous illnesses. 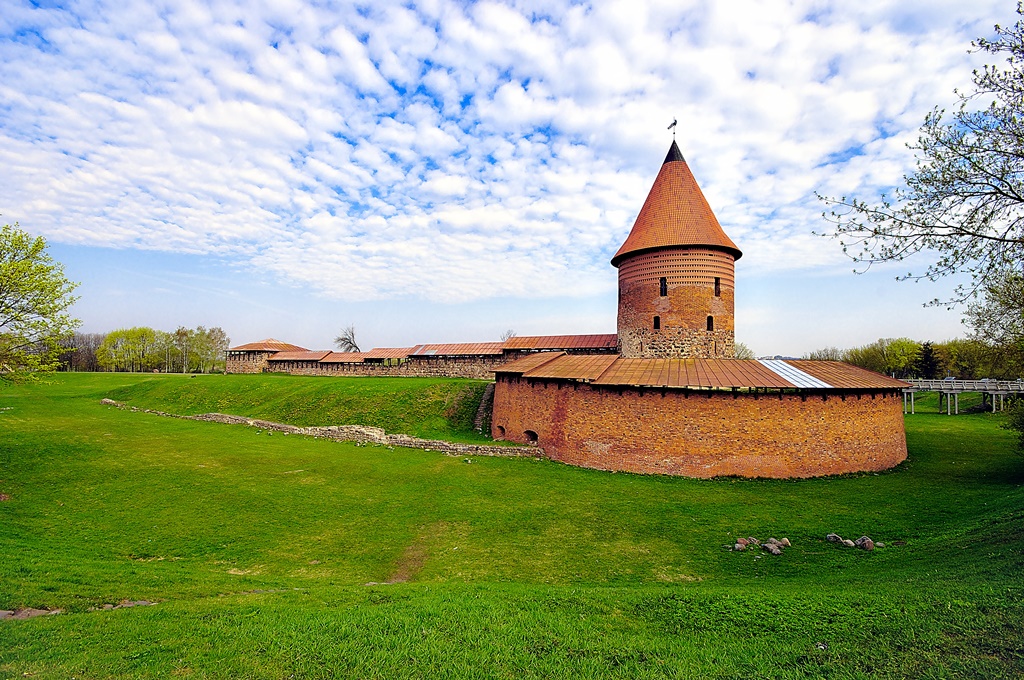 Besides Neringa, Lithuania has other popular spa and healing sites.

One of the most famous ones is Druskininkai, a spa town and a resort, considered the capital of health promotion. What’s more, due to its mineral waters and mud treatments with amazing healing powers, visitors experience immunity levels strengthening and rejuvenation. As a result, the feeling of relaxation and a mood boost are guaranteed. In addition, one of Europe’s best Aquaparks is located in Druskininkai, featuring numerous slides, bathhouses and saunas.

Another popular resort town and relaxation venue is Palanga. It is the busiest summer resort in the country. Furthermore, Palanga is best known for its stunning coastline that stretches for 10 km along the Baltic Sea. However, Palanga is more than just a beautiful resort town. It includes numerous sights such as museums, monuments, galleries, as well as a palace. 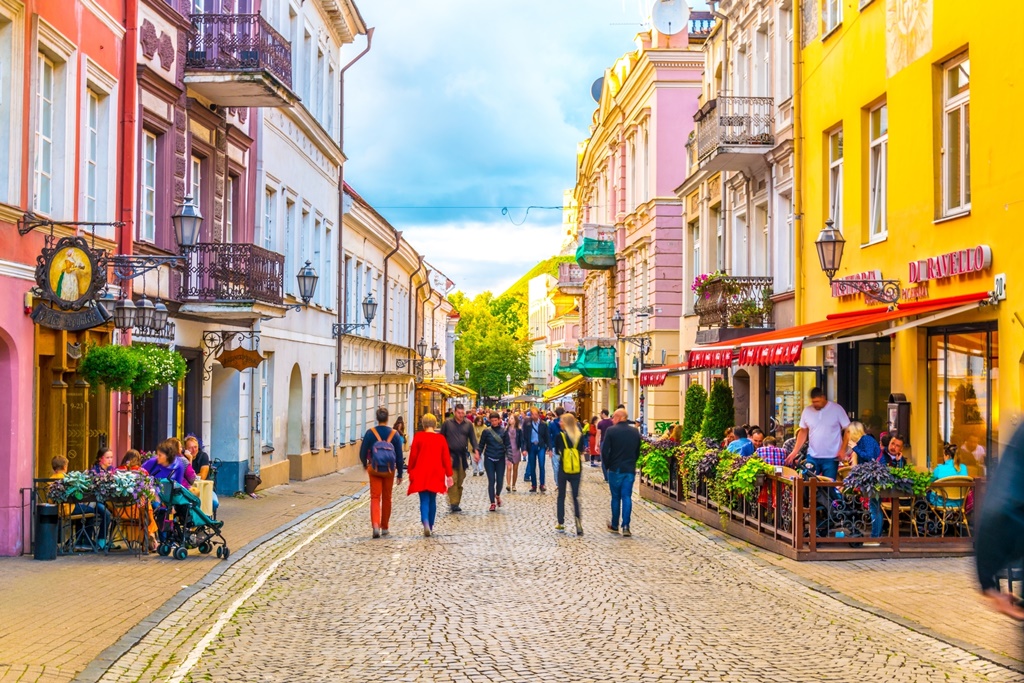 The famous Tiškevičiai Palace in Palanga is also a magnificent Amber Museum, surrounded by an amazing botanical garden that contains more than 500 different flora species. Moreover, the museum includes the sixth-largest collection of Baltic gold in the world with approximately 20000 pieces.

Furthermore, Lithuania also has a Beekeeping Museum, located in the Aukštaitija National Park. It comprises a total of six buildings with more than several hundred exhibits.

One of the most visited museums is the KGB Museum, also known as the Museum of Occupations and Freedom Fights. It tells a story of the Lithuanian suffrage under Stalin and contains models of torture chambers and execution grounds.

Moreover, Lithuania’s National Museum is divided into several significant structures and includes an impressive collection of exhibits. One of its most popular collections is housed at the Gediminas’ Tower. In addition, from the top of the tower, visitors can enjoy stunning views of the scenery.

Among other popular museums, there is the Money Museum, Toy Museum, Palace of the Grand Dukes and Open Air Museum of the Center of Europe. 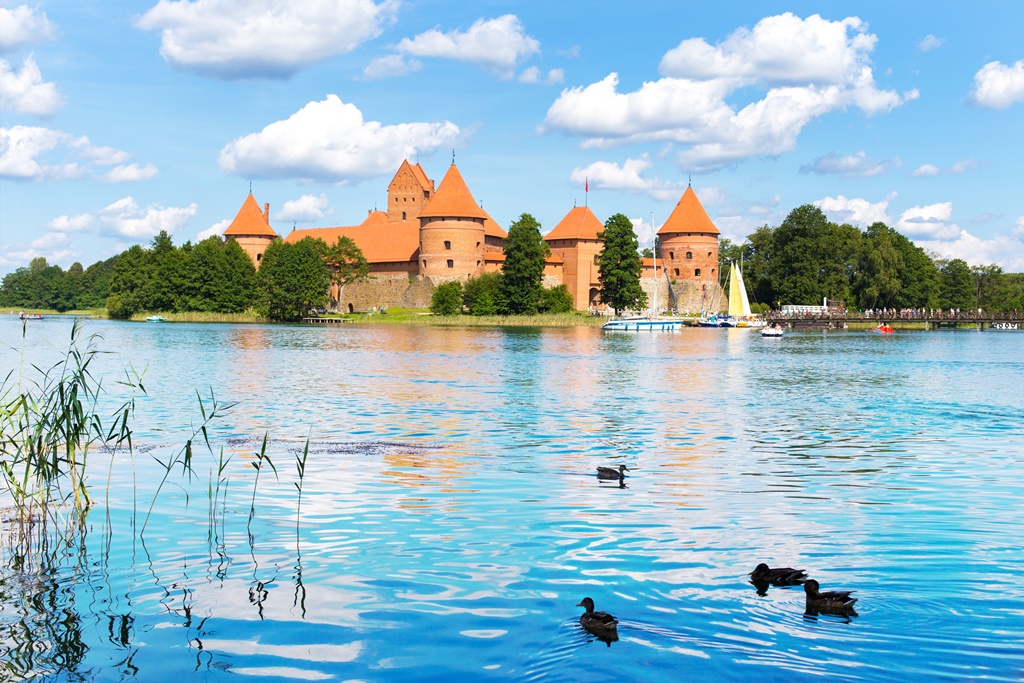 In case you are still not convinced you should visit this unique country, here are a few extra gems not everyone knows about.

One of the most extraordinary hidden gems are the Kulgrinda. Scattered around the country, these underwater roads were usually known only to locals. What’s more, they cannot be seen from the surface and were used for defence against various invaders.

Furthermore, the charming town of Zagare is where the unique pan house is located. This one-of-a-kind house was created by the owner which used pots and pans for its renovation.

Moreover, one of the most bizarre theme parks is situated in Lithuania. It is called the Soviet Bunker and the tour takes 3 hours. Undoubtedly, the experience is unforgettable as visitors’ belongings are confiscated, they have to wear gas masks, go through interrogation and learn the Soviet anthem. In the end, they are rewarded with a vodka shot.

Finally, one of the most unusual sites in Lithuania is the Republic of Užupis. It is a neighbourhood in Vilnius and, since April 1st of 1998, an independent republic. From its constitution, it is clear why they chose to declare independence on April fools.