Lviv is a city situated in western Ukraine, 70 km from the border with Poland. It’s a city you definitely shouldn’t miss if you are fond of exploring city architecture. Namely, Lviv is known to be one of the main cultural centres in the country. What’s more, it is protected by UNESCO as one of the rare cities in Ukraine that preserved centuries-old architecture. When you combine its historical sites with fun events that the city offers, you get enough reasons to visit Lviv.

A city protected by UNESCO

In 1998, UNESCO protected the whole historical city centre of Lviv as a World Heritage Site. The reason is a fusion of the Italian, German and Eastern European architectural styles. As with most European cities, you should first pay a visit to the main square – Rynok Square. This beautiful and colourful square is surrounded by Renaissance and Modern style architecture.

Besides strolling the square, pay attention to the sculptures from Greek mythology, Amphitrite, Adonis, Diana and Neptune. Besides that, you can visit the Town Hall for a great view of the town. Speaking of viewpoints, don’t miss the High Castle and its ruins situated on top of Castle Hill. They are located close to the historical city centre. 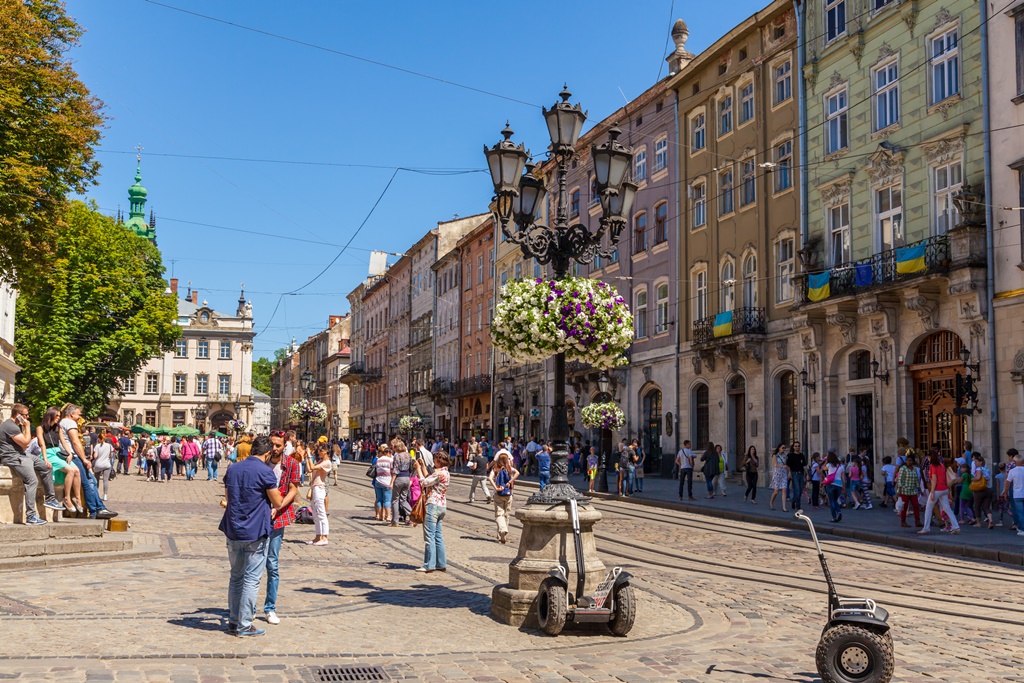 Lviv has many churches, and very often, weddings taking place there. The most famous one is the 14th century Roman Catholic Latin Cathedral that has a baroque interior. Right next to the Latin Cathedral, there is a 17th century Chapel of the Boim Family, a wooden chapel with detailed sandstone ornaments that represent biblical motifs.

By continuing to walk in the city streets, you can end up in Kopernyka street where Pototski Palace is situated. It is a grandiose baroque palace that was built as a place for political gatherings. Another important monument is the 19th century Opera House. The theatre is built in classical style and shows the Austro-Hungarian architectural influence. That is the reason for the frequent comparison to the famous Viennese Opera House.

Another thing you will probably learn about is the dark past of the city that used to be the melting pot of many nationalities up until the world wars. What was formerly the oldest synagogue in Lviv, called the Golden synagogue. Today, it is a memorial to Jewish victims and their culture. 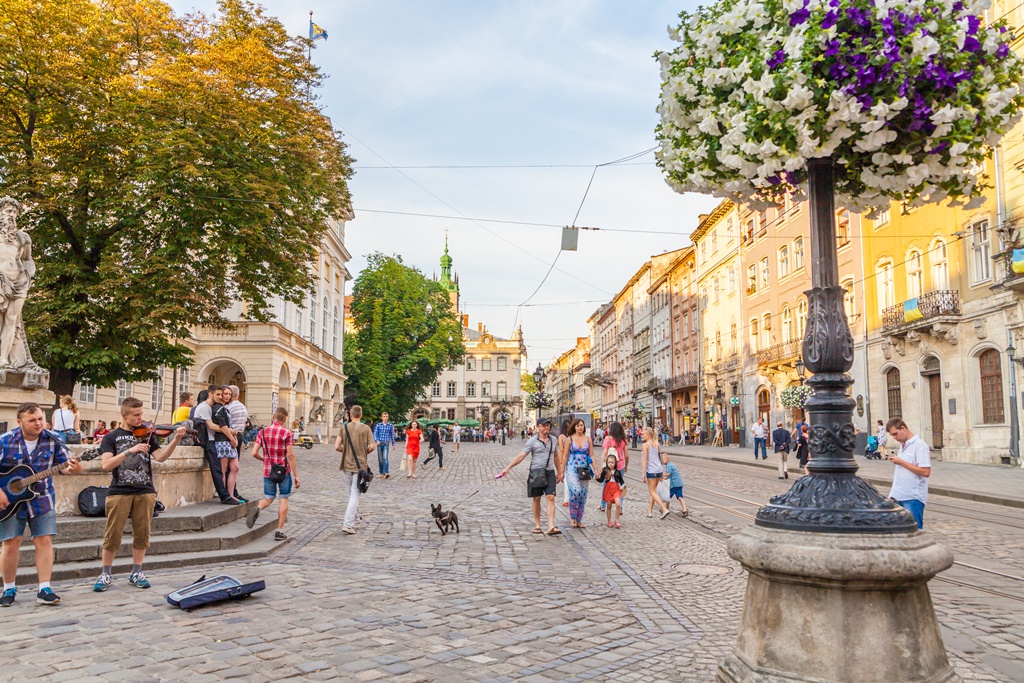 Lviv is known as a festival city. One of the best European jazz festivals, Leopolis Jazz Fest lures over 100 thousand visitors each year. The festival, taking place the last weekend of June, is the reason jazz lovers discover this city. Besides them, indie scene lovers can have fun at the Yoga Music Fest and meet the local indie bands.

The last on the list is Golden Lion, an international festival that is the biggest theatrical event in the whole of Ukraine. It is both opened and closed by solemn and cheerful carnival processions, while circus performers, actors and mimes perform in theatres and on open-air stages. This ten-day festival is held every year somewhere around the end of September and the beginning of October. 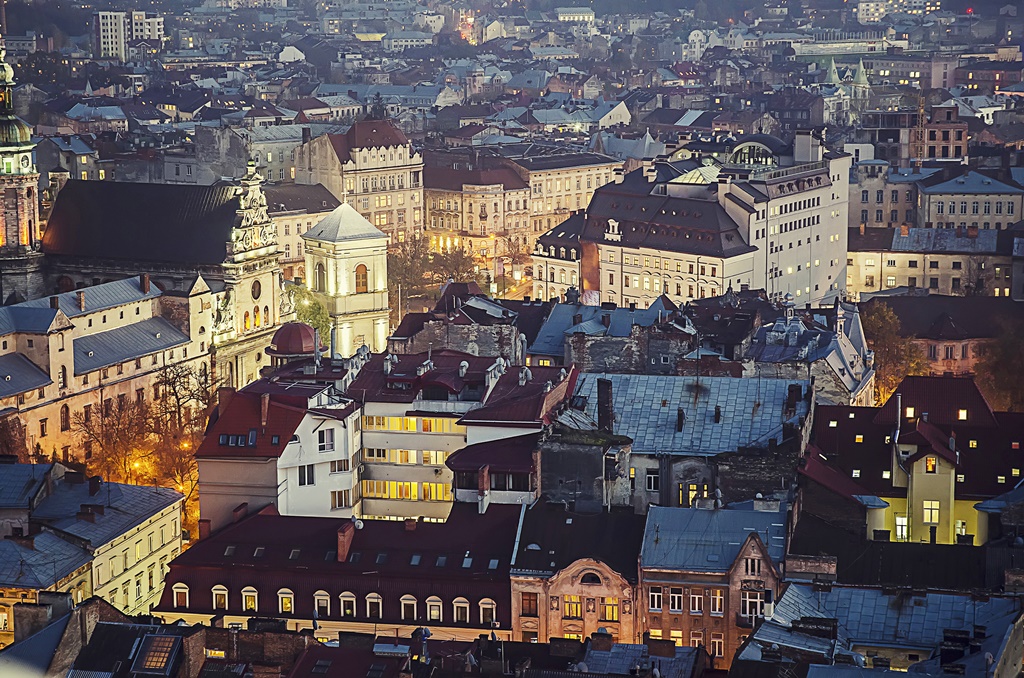 Day trips to castles in the vicinity

If you like ghost stories, you should visit the castles near Lviv.  Each of them is about three hours away from the city. You can check the prices of the tickets and the opening hours on the castles’ official websites.

Pidhirtsi Castle – the 17th-century castle is fortified with bastion walls. Because of the legend of the ghost of a young woman, Ghostbusters came and filmed a scene here. The rooms it consisted of were named according to the colour of the interior, crimson, golden, yellow, etc.

Svirzh Castle – most likely dates to the 15th century. The castle that holds some interesting carved stairs, portals and sculptures has a beautiful panorama, overlooking a lake. What’s more, the castle was a filming location of the film D’Artagnan and the Three musketeers.

Zolochiv Castle – built in the Renaissance style in the 17th century as a defensive fortress. The castle, whose basement used to be an execution place, today is a department of the Lviv Art Gallery. Besides the castle, there is a Chinese palace in the front. The story says the nobleman Jakub Sobieski had built it for his wife. 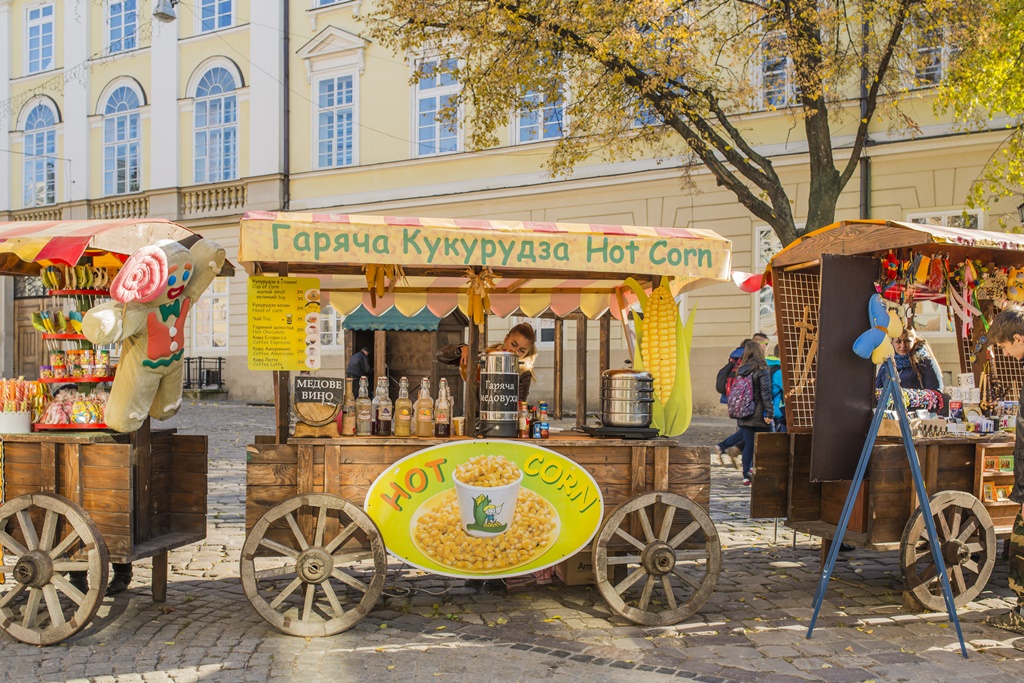 In Lviv, having coffee is a beloved, slow-paced ritual. Here, you can have coffee pretty much on every corner, but visitors usually visit Coffee Mining Manufacture. It is a café that not only serves and sells coffee but can also offer you a visit to the underground coffee brewery.

Another thing Lviv is very much known for is its themed restaurants. If you like such places, check out the medieval-themed restaurant 5th Dungeon or a “medieval science lab” restaurant Gasova lampa, with kerosene lamps as decoration. While at Masoch cafe, named after the man who invented masochism, you can expect a quirky experience. If you are a hardcore beer fan, be sure to stop at Pravda Beer Theatre, a brewery, a bar and a restaurant which alongside craft beer with interesting names offers you live music.

Some other restaurants, where you should try the local cuisine, are places like Kryvika. But don’t forget the password Heroyam Slava! Also, Seven piggies, with nice interior decor and Kentavr, situated right on the Rynok Square. There, you should try out the local cuisine, such as very popular Ukrainian beet soup called borscht. Another thing they serve are sour dumplings called varenyky.