However, some of the national parks require special permits to enter. Sometimes you can only visit through organized tours. If you decide to visit a national park on your own, it is recommended to book a guide.

Without further ado, here is the list of 15 National Parks in Peru and a map of all national parks in Peru at the end of the text.

Undoubtedly the best-known Peruvian national park, Manu is a sight to behold. This rainforest national park is a UNESCO World Heritage Site, and one of the most biodiverse places on the planet. A special permit is required for entering the park, and only with an organized tour. Although visitors are only allowed in the cultural zone and the trip is long, it is well worth the effort.

Visitors usually sleep over in lodges, in settlements managed by the indigenous population. During the visit, you can expect to see a jaguar and other magnificent creatures in the rainforest. Activities usually include boat rides, animal watching and cultural activities.

The park is populated by several voluntarily isolated indigenous tribes, do not attempt any contact with them as the encounter could be fatal both for you and the people of the tribe. 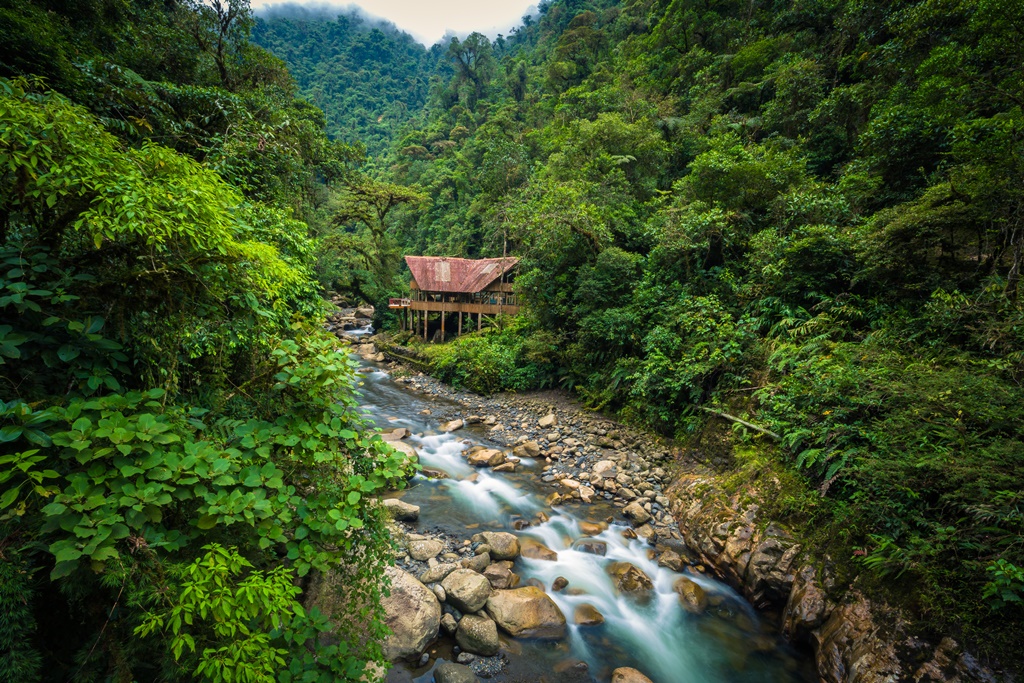 Alto Purús National Park is another Amazon rainforest national park. It is the largest protected area in Peru and home to several indigenous tribes. Some of the tribes live in voluntary isolation, a decision that should be respected because they are not immune to many illnesses.

The scenery is chillingly mesmerising. Miles and miles of untouched land, thick treetops, hills, riverbanks and their beaches look as if they were trapped in time.

The most common activity is animal watching. Some indigenous tribes offer cultural activities such as dances.

As rainforests can be dangerous if unfamiliar with the land, it is highly recommended that you book a guide. Doing so will keep you safe, and the location you’re visiting as well.

Another national park in Peru that is also a UNESCO World Heritage Site is  Huascarán National Park. It is situated in the Cordillera Blanca, a region in the Andes. This park is a breathtaking combination of turquoise glacial lakes, lagoons and torrents at the foot of white mountains.

The park is also home to the highest peak in Peru – Huascarán Sur at an altitude of 6,768 metres.

Many visitors decide to take a trekking tour in the park to Laguna 69. The trail to this magnificent glacial lake is a tad challenging, mostly due to altitude changes. But if you feel adventurous, it is not a sight to be missed. Taking a guided tour is recommended for safety reasons, but venturing on your own is also an option.

The park has camping sites, but to stay there, you must acquire a camping permit.

This national park is situated in the Amazon region, but it is not a rainforest. Bahuaja-Sonene National Park is one of the rare landscapes in the world: the humid pampas. The rainforest climate and the savannah landscape are a habitat of many fascinating species. Among other animals, the park is a home of the Aras, beautiful, colourful parrots.

The Heath river, one of the three in the park, springs in Lake Titicaca and is a natural border between Peru and Bolivia. The Bolivian land is a part of Madidi National Park, and the two parks encompass a large, bi-national protected land.

Apart from the lodges in which you can spend the night, facilities in the park are scarce. The most common activity is animal watching, and having a guide during your visit to the park is recommended.

Cordillera Azul National Park is a mountain range covered by a thick, green forest. It is a part of the Amazon rainforest and one of the largest national parks in Peru. The area is filled with fantastic lagoons, swamps, mountains and rivers. To enter the park, you must obtain authorized permission issued upon request. The best time to visit this park is during the winter, the dry season which lasts from May to October. Camping is a possibility, but to do that you must have authorized permission.

Many companies offer guided tours through the park. The area offers a chance to meet the indigenous communities, their culture, traditions and food. Facilities within the park are scarce, and tourist activities are limited to preserve the natural wildlife.

Situated in central Peru, Tingo Maria National Park is a gem just ten minutes away from the city of Tingo Maria. The park is made up mostly of mesmerizing montane forest. Its area also includes the La Bella Durmiente (Sleeping Beauty). However, the main attraction in the park is the cave called Cueva de las Lechuzas, the Cave of Owls.

The cave is home to an endemic species called guácharo. The birds use echolocation to find food, and their sounds within a dark cave make a chilling atmosphere. The deep green treetops, the mountain resembling a sleeping woman and the sounds in the cave give the park an eerie, fantastical feel. 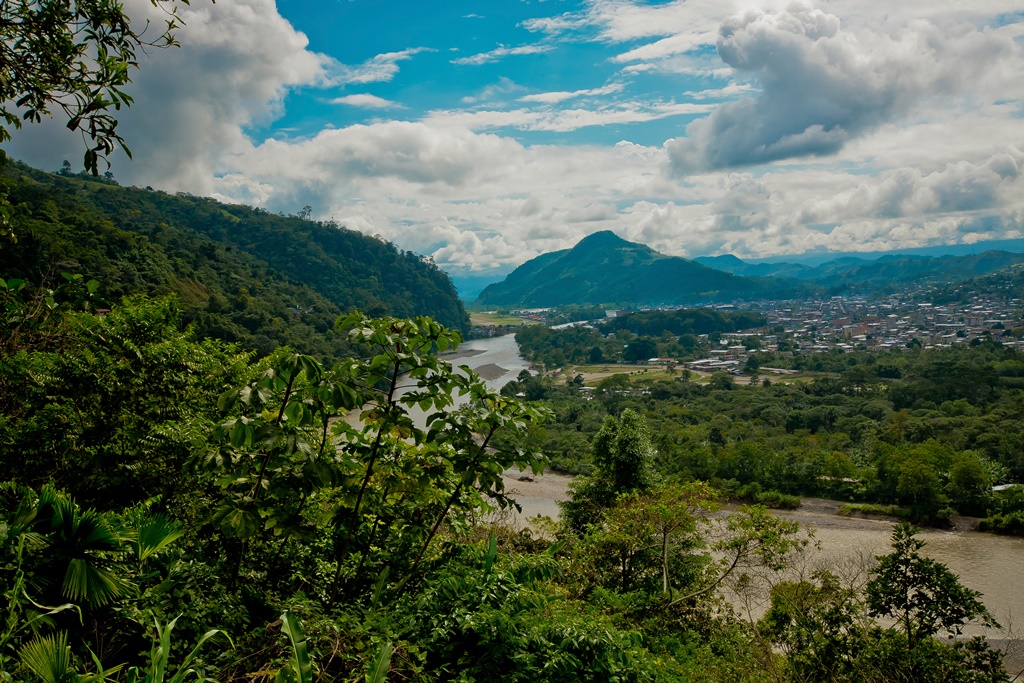 The youngest Peruvian national park was established in 2018 in an attempt to conserve the Amazon rainforest. The area has distinctive wildlife and is sacred land to the indigenous communities. It was upon the communities who first insisted on the preservation of the jungle. The area is still largely untouched and unexplored.

Getting to the park may be rather difficult. As the park was recently established, and its primary goal is to preserve the existing wildlife, the roads that lead to the park are few to non-existent. With the controversies surrounding the plans to build a road system, the park may remain difficult to access. Airline connection is also scarce. Venturing there on your own, without a guide, could be very dangerous if unfamiliar with the area.

This national park stretches between the Cusco and Junin regions. The park aims to protect and preserve the landscape, the water, and the overall geographical characteristics of the Vilcabamba mountain range. A few indigenous tribes reside within the park and are in voluntary isolation. Several contacted groups of indigenous peoples also reside in the area. The park prides itself on its large biodiversity. The animal wildlife includes various bird species, mammals and amphibians among others.

Established in 2015, Sierra del Divisor is another part of the Amazon rainforest declared a national park. The park is on the Peruvian border with Brazil and protects over a million hectares of unexplored jungle. It is also home to several indigenous communities. Several uncontacted communities inhabit the jungle. Contacting them could be fatal as they are not immune to many illnesses we are immune to.

The jungle is unexplored and could be fatal for those who are not well prepared upon their visit. However, the scenery is remarkable. It is a jigsaw puzzle made of a volcanic mountain range, rivers and waterfalls.

Another national park that protects the rainforest is the Yanachaga-Chemillén National Park. It was established in 1986. The park covers the rainforest and cloud forest area in the Oxapampa Valley. Its territory stretches from the eastern Andes until the Amazon Basin. Due to its location in the mountains, the park is around 2000 meters above sea level and thus considered a high jungle. As with any other rainforest on this list, Yanachaga-Chemillén National Park has a rich biodiversity. Some of the animals you might encounter are jaguar and puma. Furthermore, the park aims to preserve the rivers that flow into the Amazon. However, the park is not only of natural importance. Yanachaga-Chemillén National Park is also home to several indigenous tribes who have lived on that land for generations.

The park established in 1983 is one of the inaccessible parks on this list. The territory covers the eastern Andes, and the scenery includes both the cloud forests and the Andean grasslands. It also protects the archaeological sites that date back to 6000 B.C. The natural diversity and the archaeological heritage in this park are quite fragile, and the fragility is the reason why the park rarely welcomes visitors. The nature and the archaeological sites are so valuable that the park was declared as a Mixed UNESCO World Heritage Site. You can try to obtain a visitor permit from the government, but few tourists get them. However, the infrastructure that connects the park with the rest of the country is scarce to non-existent. The surrounding area of the park is notable for its cacao plantations whose produce is widely used in the European production of chocolate.

The oldest national park in Peru is nestled in the northern Andes. The park aims to protect the rich biodiversity of the area, the montane forests and rivers. Several hundred floral and animal species live within the park. Some of the most famous sites of the park include the Cordillera de Tarros mountain range, archaeological sites and several caves. The earliest traces of human presence date back to the pre-Columbian era. The most famous archaeological site is El Perolito. However, the biggest tourist attraction is undoubtedly the cave called Gruta de Los Guácharos. Other caves – Gruta Blanca and Gruta del Murciélago – are less visited, but still beautiful. The stalagmites and stalactites make beautiful cave decorations. Other than sightseeing, you can also enjoy hiking through the park.

Another national park on this list is situated in the Amazon region. The park is a part of the Cordillera del Condor mountain range. It is close to the Peruvian border with neighbouring Ecuador.

The park protects cloud forests, river terraces, hills and steep slopes. It is also rich in wildlife. The endemic oilbird can be found within the park. Other animals, mammals and birds alike, can be also be found, including jaguar, the Amazon dwarf squirrel and yellow-and-blue macaw.

Cerros de Amotape National Park was established in 1975. This national park in northern Peru aims to protect the Cordillera de los Amotapes mountain range and the river Tumbes. The park is situated between provinces Piura and Tumbes, and its mountains contrast the geography of the provinces.

The river Tumbes is a navigable river within the park. Activities you can take are hiking, canoeing and nature watching. If you are planning an extended trip and wish to reduce the need for walking, renting mules is also possible. It is recommended to take a private guide or book an organized tour through the park. It is the best way to stay safe and experience the park to the fullest.

Güeppi-Sekime National Park was declared as a national park in 2012. Before that, the area had been a Reserved Zone since 1997. The park encompassing rainforests, hills and lowlands had been under protection for quite some time. The establishment of the national park was welcomed by the communities of indigenous peoples.

Map of National Parks in Peru