Varazdin is one of the most charming cities in the north of Croatia, proving that the country is not all about the coastline and islands. Located only about an hour from Zagreb, it is often combined as a day trip from the capital city. Its remarkable architecture and history present a rich cultural heritage while its romantic streets take you back in time. Check out our guide through wonderful Varazdin.

How to get to Varazdin

As a city located close to the capital city, but also close to the borders with Slovenia and Hungary, Varazdin is very well connected to multiple cities in Europe. There are more ways of getting to Varazdin and here are the options explained.

The most common way of getting to Varazdin is from Zagreb as it is only an hour away. Road E65/E71 includes a toll fee but it is the fastest way to Varazdin. If arriving from the direction of Slovenia, the fastest way is to reach Maribor first and then continue for another hour via A4/E59 road. If arriving from the direction of Hungary, the fastest route is via M7 from Budapest for a bit less than 3 hours.

Thanks to its position, Varazdin has a great bus connection to many European cities. You can check out the most popular routes below, as well as purchase your tickets online.

Getting to Varazdin is also possible by train. There are daily train connections from Osijek and Zagreb which are further connected to other European cities. Travelling by train is a slower option but it gives you an incredible chance to enjoy charming places and nature along the way.

What to see and do

Varazdin is the Baroque gem of northern Croatia that boasts some highly important historical buildings and places. The city is often combined with Zagreb and other nearby places such as Samobor, Trakoscan or Cakovec as a tour through Croatian Zagorje. Here are the most important sights and activities in Varazdin.

The most recognizable sight and a symbol of Varazdin is its Old Castle, also called the Old Town. This is the most important historical building, built between the 14th and 19th century. The medieval castle changed through the years but since the 20th century, it hosts the Varazdin City Museum. The surroundings are neatly maintained and the view is mesmerising. 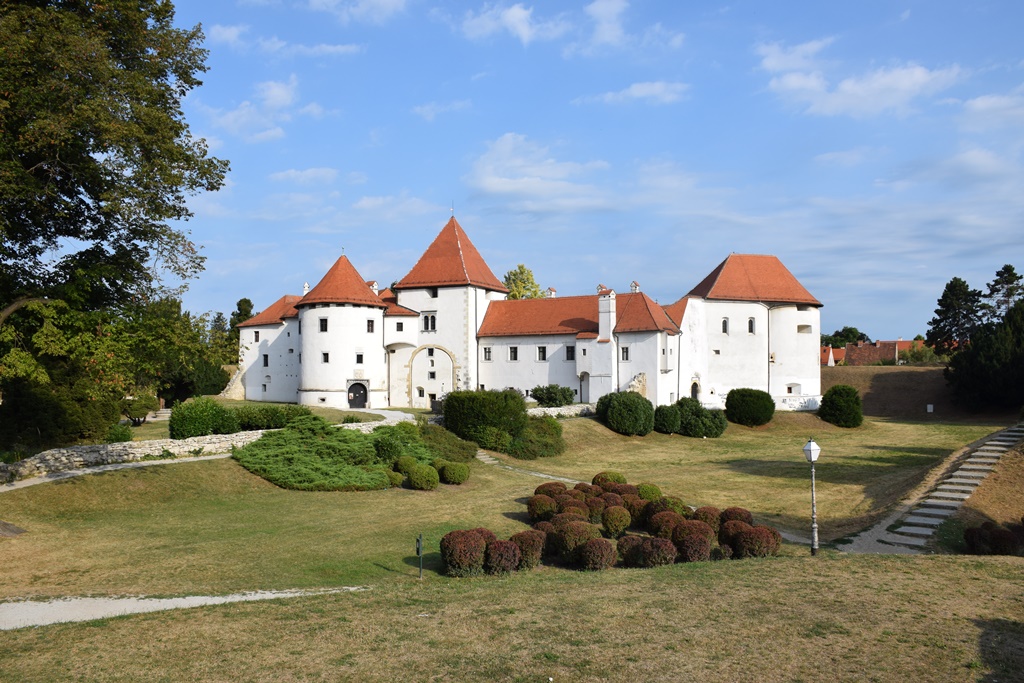 The main city square is a place where many important Baroque buildings are located such as Town Hall and Varazdin’s Cathedral. Locals call the square Korzo and use it as their favourite gathering point where they can enjoy coffee and cakes.

One of the largest and most monumental sights in Varazdin is the statue of Grgur Ninski. There are two more almost the same statues in Nin and Split, all made by the world-famous Ivan Meštrović. Grgur Ninski was an important figure in Croatian history who introduced the Croatian language in the religious services in the 10th century, for the first time in history. The popular belief regarding the Grgur Ninski statues is that touching the big toe of the statue is going to fulfil all your wishes

The City Cemetery is referred to as one of the most beautiful cemeteries in Croatia and Europe. If time is on your side, take a stroll through this neatly maintained green area with thousands of trees of cypress, maple, ash, red beech, boxes, magnolia and birch. One of the most impressive monuments is the “Angel of Death” by the sculptor Robert Frangeš Mihanović.

If staying in Varazdin or just visiting for a day, try to include the magical Trakoscan Castle in your schedule, only about 45 minutes from Varazdin. The castle dates back to the 13th century and today is a museum that takes you back in time when Drašković family ruled the estate. The area around the castle is a sight to behold! The castle is surrounded by the hornbeam forest and oakwood. In front of the castle lies a lake with 5 km of trails. 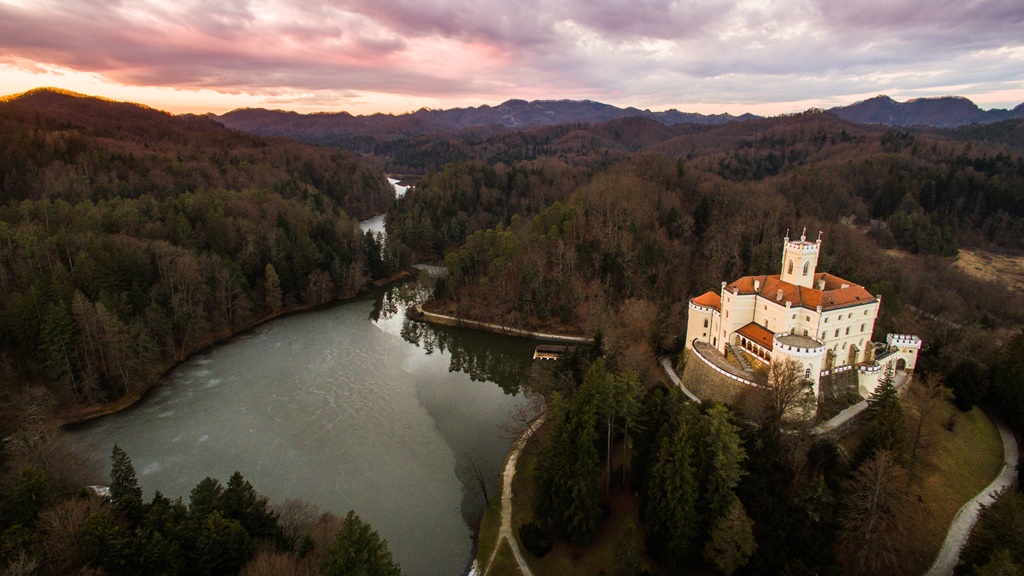 The food traditions of Varazdin date back centuries in time. As the Baroque age is often associated with hedonism, nothing less is expected when it comes to gastronomy. The cuisine of Varazdin is highly influenced by Austria and Hungary, so the specialities include a lot of meat, wheat and corn flour. Here are some of the most famous Varazdin dishes:

If looking where is the best place to try these specialities, here are our suggestions. For the best grill dishes, Verglec is the place to go. They are located in the centre and offer great value for money. Affordable and amazing traditional food can be also found in Kneginecka Hiza and Palatin restaurant. Great local food but also Mediterranean dishes are served in Angelus restaurant. The best place to try the traditional Varazdin cake with coffee is Grofica Marica, located on the main square. 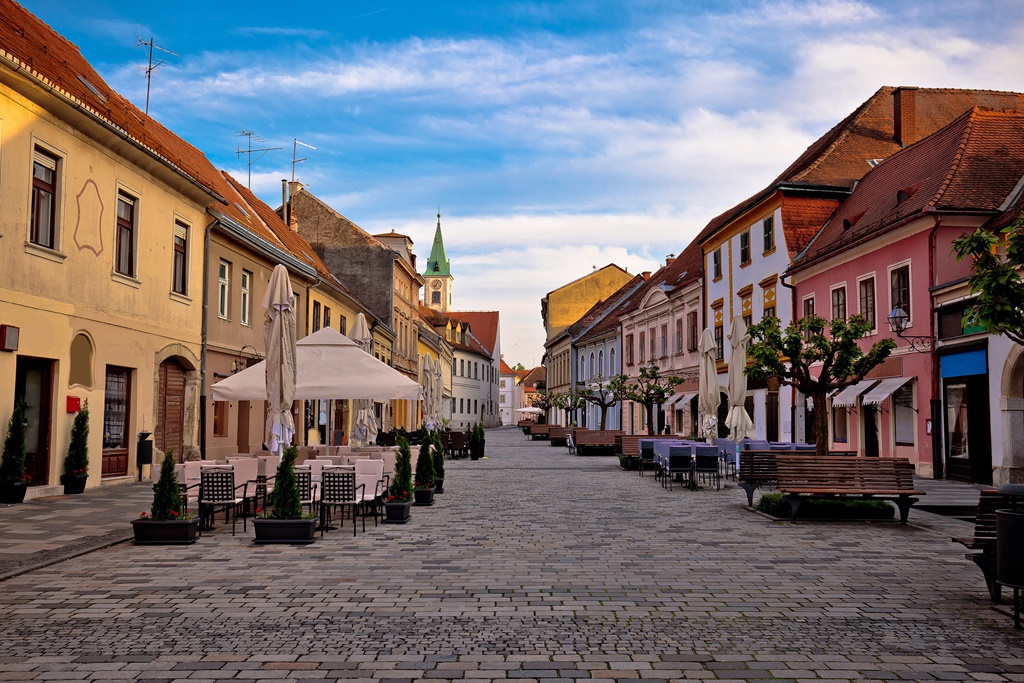 Varazdin and the surrounding area have plenty of options for an overnight stay. Here you can check the options.