Paris, Nice, Marseille, Lyon, … we’ve all heard of these French gems, visited every year by millions of tourists. But what about smaller and less known parts of France? If you wish to explore and enjoy one of the world’s most beautiful and interesting countries and cultures, and yet to avoid big cities’ hustle and bustle, check out our list of places not to miss while travelling around the country!

Ars-en-Ré is a village on the Ile-de-Ré, an island off the western French coast, in the region classified as one of the most beautiful in France. The place is well known for its hollyhock lined streets and the surrounding salt pans that have been in use for the last 800 years. The numerous whitewashed houses, an attractive central square around which the entire village is based and a charming church with its spire are a real pleasure to explore. During the summer the clocktower is open to the public, so you can see the carpentry work inside the spire and enjoy lovely views across the town and out to sea. You can also see the salt flats and oyster beds, or even visit an open-to-the-public oyster farm, the Huitrière de Ré. Three traditional windmills, the Moulins de la Boire, also very near Ars-en-Ré as well.

Nestled in southeastern France, the city of Annecy is on the tip of the picturesque Lake Annecy and looks over snow-capped mountains. Named the second-best French city to live in, Annecy is a must-see for many reasons. First, each year on the first Saturday of August, this small town hosts one of Europe’s most spectacular fireworks, which dates back to a Venetian celebration in 1860 in honor of Napoleon III. While you’re there, make sure to have one of the world’s best pastry, the Mr Smith (the green apple tart) and to spend at least one day getting lost among the breathtaking canals of Annecy (now you know why it is called the ‘Venice of the Alps’), after which you will fall in love with this town’s pastel houses and lovely flower boxes. 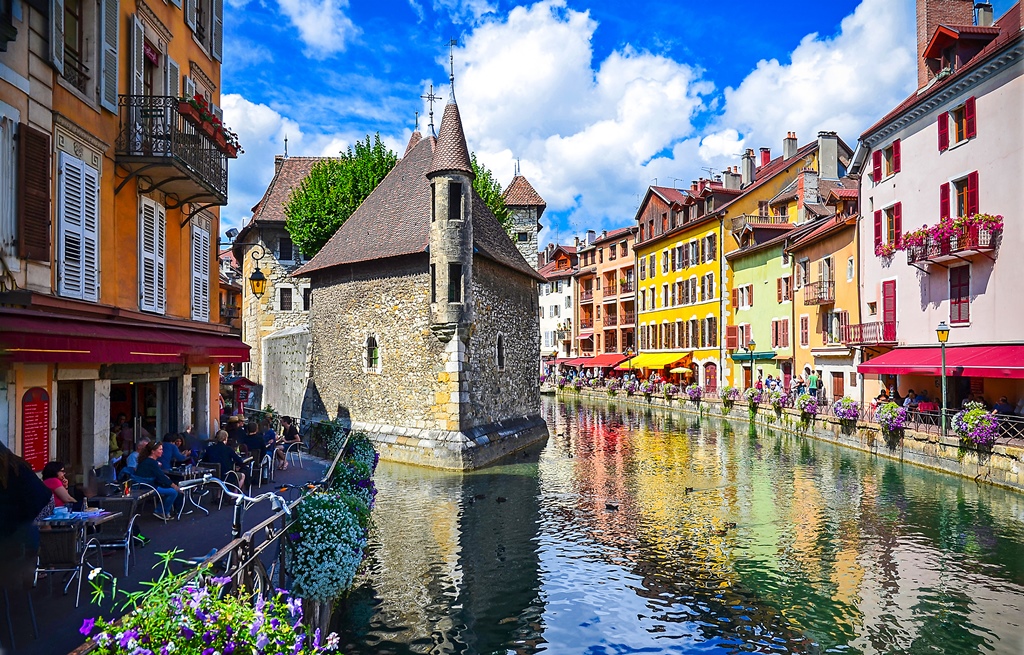 Only 36 km north-east of Lyon, at the top of a hill which overlooks the Rhône plain, you’ll find the former weaver’s settlement, the small Perouges. It has kept evidence of its medieval past within its walls, through old houses dating back to the 15th and 16th century, narrow cobbled streets and a fortress church. Perouges is a perfectly charming gothic treasure, and not just one of the most beautiful, but also one of the best preserved villages in France. Thanks to its uniqueness, it has been a set for several films, like ‘The Three Musketeers’ and ‘Monsieur Vincent’. The lovely picturesque Place du Tilleul square at the heart of the village is really something to look at, especially with its 13th-century inn, Old St. George House, Tree of Liberty planted in 1792, and Museum of Old Perouges.

This charming little town has settled in Finistère, only 5 km from the sea, and has earned the Small Town of Character and Most Beautiful Village of France titles. That’s more than enough reasons to stop by there and admire the city’s architectural legacy, from the 15th-century church of St. Ronan (its founder), beautiful Renaissance homes made of blue granite to the Chapel of Our Lady of Good News and the St. Eutropius fountain. The city became a weaver’s town back in the 15th century thanks to the development of sail cloth manufacturing. The city’s Art and History Museum is a very popular among Locronan’s visitors, who can see a big collection of Breton paintings from the 20th century there. The nearby Névet woods is popular for outdoor activities with family and friends. 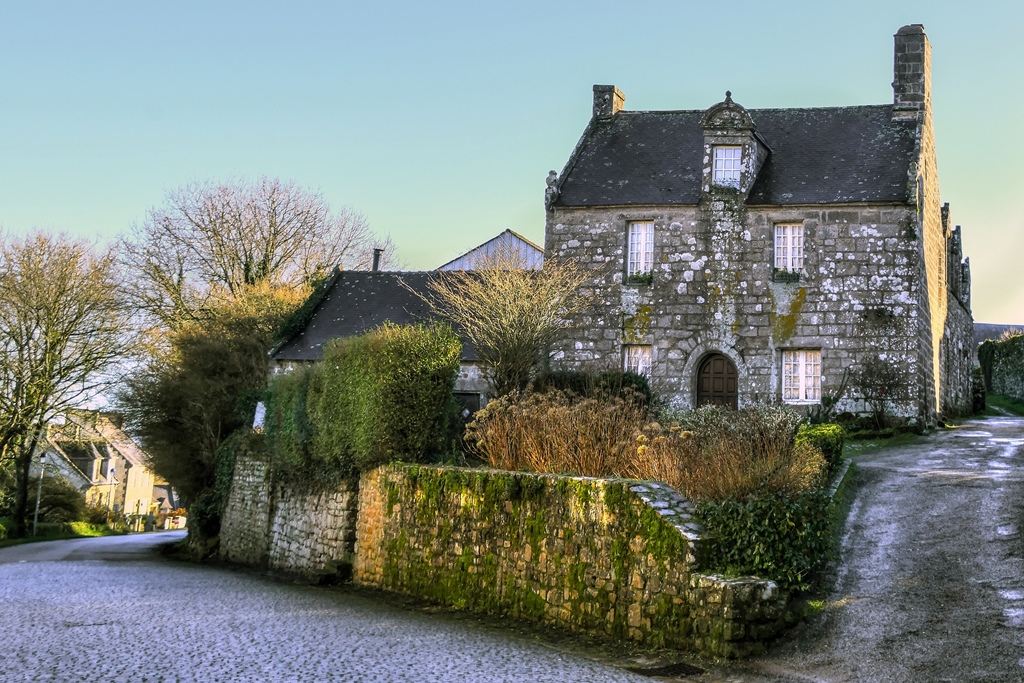 Yes, this is ‘the’ Roquefort, the home of the globally beloved cheese. The village is in the UNESCO-protected Causses and Cévennes region, and thanks to the town’s AOC status, it is the only place where real Roquefort cheese can be made, and the way the do it is pretty unique: the cheese is made from sheep’s milk and then matured in the depths of the Combalou caves, where the temperatures remain a steady 8° to 10°C both in summer and winter. This small city of 700 inhabitants is also an industrial town where almost everyone is dedication to the refining the famous cheese. Local archaeological evidence of cheese-making date back to 2000 B.C.E. According to one Roman scholar, the city itself was already world-famous around 76 C.E, while the caves have been used since 900 C.E.

Etretat is a very popular day-trip destination for its white cliffs and three natural rock arches that tower high over the Atlantic Ocean. Some of the best sights in Upper Normandy are freely accessible, as is the white pebble beach, which were often the motifs of Claude Monet and other Impressionists’ paintings in the 19th century. However, there is more to Etretat than just the cliff formations and the thich pebble beach. The tiny resort behind is full of charm, especially for extravagant hotels and an outstanding wooden covered market, as well as Le Clos Lupin, a typical old villa in town, which conceals mysteries for Etretat’s visitors. So, while you’re there, make sure to stroll along the cliff tops for extraordinary views, and later, stop by for a breathtaking golf course. 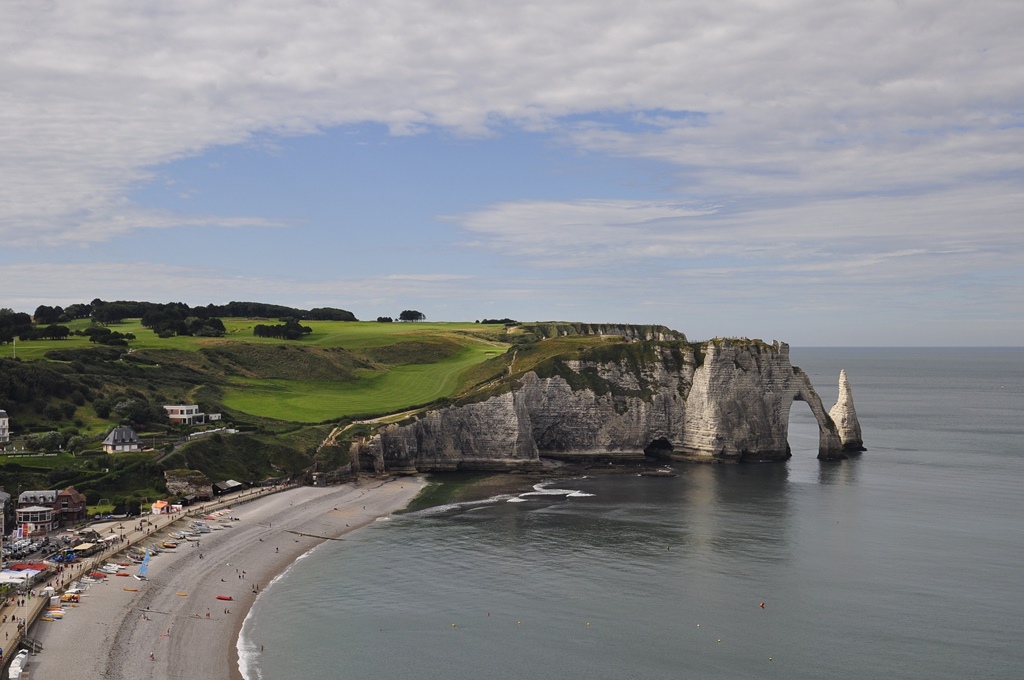 Another breathtaking French destination, Lourmarin nestles in the middle of vineyards, almond trees and olive groves. Numerous cafes, restaurants and boutiques make the city’s typical Mediterranean architecture come alive. You can see a 15th-century castle with peculiar stairs and magnificent apartments, so make sure to visit the Renaissance part of the castle, which is the only one open to the public. Lourmarin’s inhabitants will remind you for sure that Albert Camus, the Nobel winner, lived and wrote there. However, the village itself is really attractive, with lots of winding Provençal streets, two interesting churches in the center (one catholic and one protestant), and we must mention it, the house of Philippe de Girard in the same-named avenue, an 18th-century house with a status and flowers in its courtyard.

Ancient military port and Roman city, Frejus rises above the plains that separate the Esteral mountains from the Maures mountains. The city is a place of art and culture with a rich historical and architectural patrimony. Ever since Julius Caesar founded Frejus in 49 B.C., the city has been filled with monuments, which include one of the largest amphitheaters from Gallic times (1st century), a Roman theater, the Porte Dorée, the Porte des Gaules, and the Cocteau Chapel completed in the 20th century. Frejus is also a seaside resort where the sea is actually in the center of the city, thanks to the construction of the Port Frejus. The little port of St. Aygulf provides easy access to the beach paths where visitors can discover the pleasant sand beaches of the city. 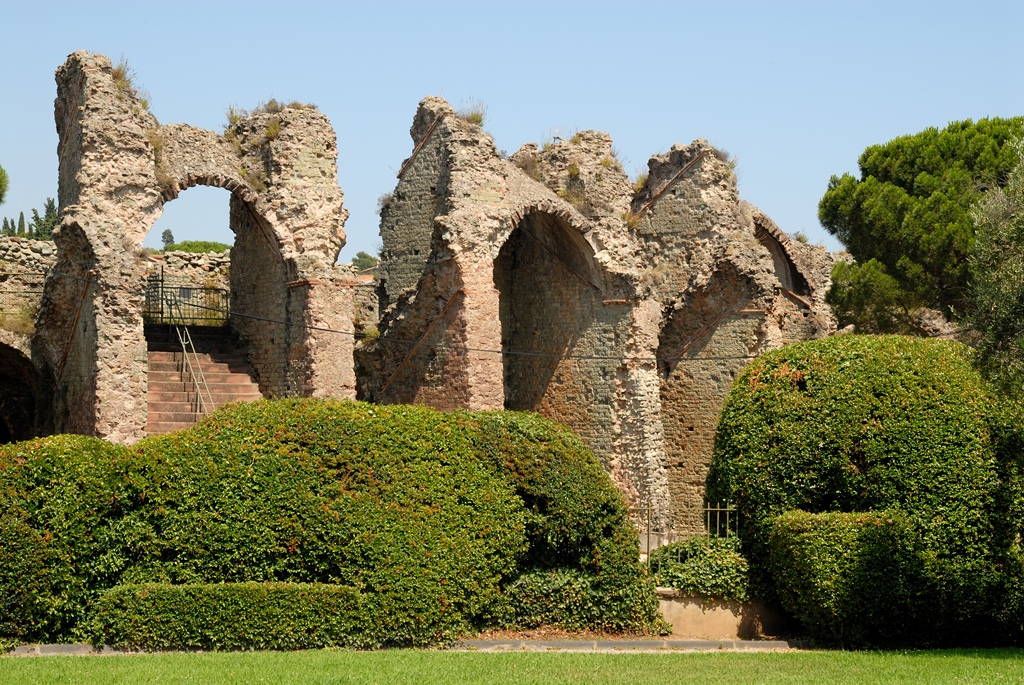 Vézelay, one of the most beautiful villages in France, nestled in Burgundy. With far-reaching views over the ‘Monts de Morvan’, on the edge of the Morvan Regional Park, this attractive place was founded in the 12th century around the basilica. Enter the village through the imposing Porte Neuve with its two towers, built between the 12th and 15th century. Many of the houses along the main street are now cafes, gift shops and galleries which welcome tourist coming to this UNESCO-listed site. The highlight of the village is the Basilica of St Mary Magdalene, a splendid building with fantastic decorations. The basilica contains the relics of Saint Mary and once upon a time it was the departure point for pilgrims to Santiago de Compostela.

Ever since Brigitte Bardot visited St Tropez in the ‘50s, this peaceful fishing village became a jet-set favourite. Stroll along the cobbled lanes in the old fishing quarter of La Ponche, sip coffee at a place des Lices, watch old men plaz pétanque beneath plane trees or simply walk from beach to beach along the coast. Saint Tropez is definitely the most famous resort in Europe, attracting hundreds of thousands of visitors each year, especially in summer. Its surrounding helps as well, since the wooded, rocky St Tropez peninsula is spectacular, the views across the sea to the Maures mountains are exceptional. The ramparts of the citadel, the view of the church bell tower, the roofs of the village and the Bay of Saint Tropez itself… the list just goes on and on. 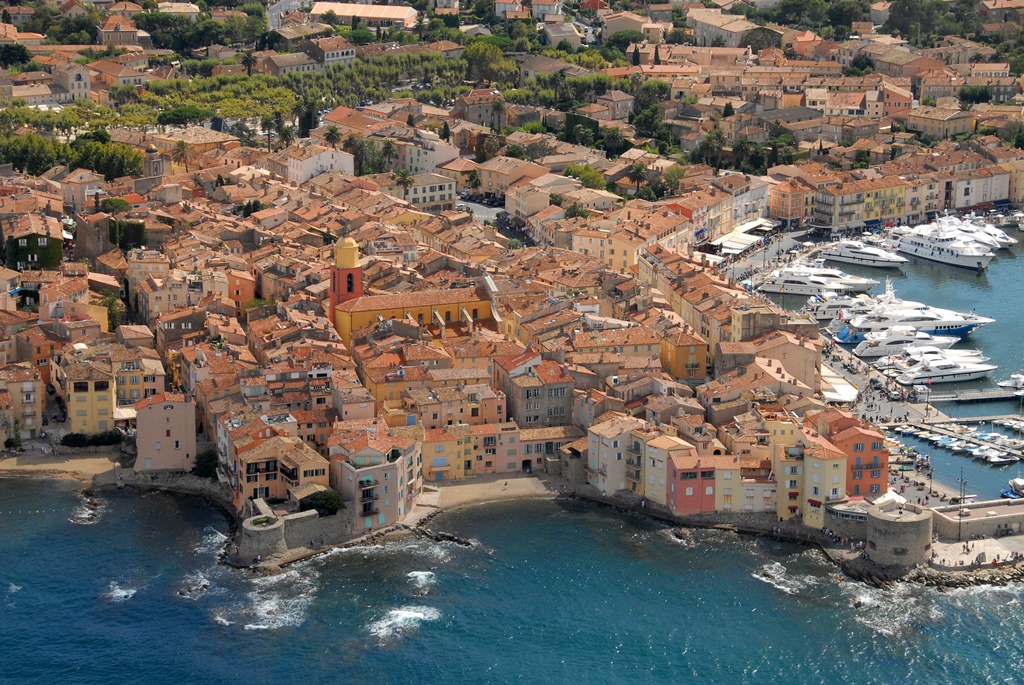