London is one of the world’s most visited cities and there’s a reason (actually, not just one) for that, from culture and history to cuisine and entertainment scene. The city’s buildings tell its unique and beguiling story, and many of them, like the Tower of London, Westminster Abbey and Big Ben, have become one of world’s most recognizable landmarks. London is a real melting pot, with 270 nationalities whose diversity infuses the city’s daily life, food, music and fashion. One day is far from enough to see this spectacular capital, but if you don’t have more than 24 hours, check out what’s not to miss!

08:00 – Is there a better and more authentic way to start your day than sipping a morning coffee in an old red telephone box? While London’s iconic symbols are slowly disappearing, Kape Barako has set up a shop inside where you can take your coffee to go and sit on a nearby bench to enjoy the morning atmosphere of London. 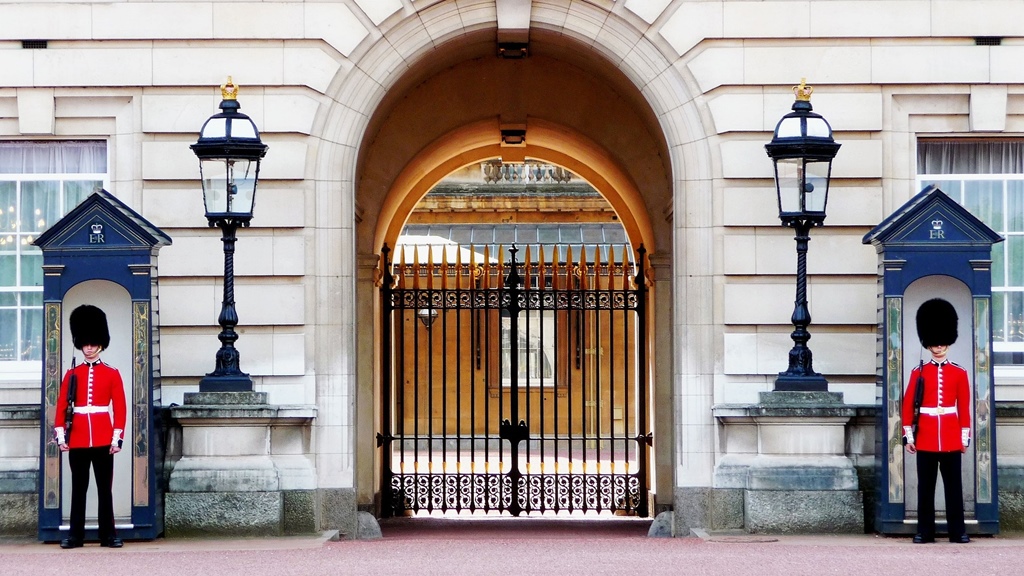 08:30 – Breakfast wouldn’t be complete without a good snack for the day. This may require a bit of walking from your previous location, but it is definitely worth it. Among so many cool places in London, check one of these: The Regency Café, opened in 1947 and even used as a film location, with one of the top British breakfasts in the city, Dishoom where you will have the best bacon of your life while enjoying the Iranian setting, E. Pellicci with amazing fry-ups, Ottolenghi in which you can taste mouth-watering African dishes, Hawksmoor (only if if you’re not on a budget) where you can eat fantastic meat delicacies, or Kipferl, an authentic Austrian coffee house with excellent traditional dishes.

09:00 – Start your tour with London’s royal residence, the Buckingham Palace. Since you don’t have much time to go inside and admire the State Rooms, the Throne Rooms or enjoy an audio tour with Prince Charles, simply stroll around the palace and take a few good photos (if you happen to be there at 11:30, stay and watch the Changing of the Guard).

09:30 – Now it’s time to head to Westminster, where the city’s main landmarks are situated. See the beautiful Westminster Abbey, one of the most important religious buildings in England, standing just west of the Houses of Parliament (also known as the Palace of Westminster) located on left side of the River Thames and which includes both House of Lords and House of Commons. Continue your tour towards Big Ben at the north part of the Palace of Westminster, and take a few photos in front of this massive bell weighing more than 13 tons. 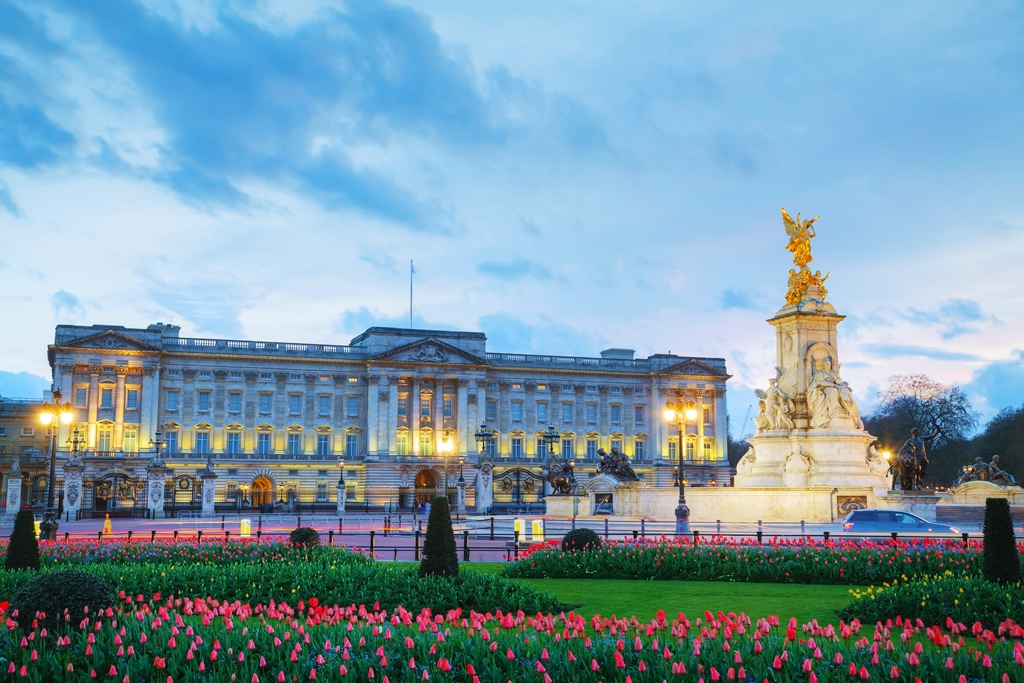 10:30 – Time to visit the famous London Eye! Stroll along the Westminster Bridge and make your way to Southbank for a ride in one of the world’s best-known Ferris wheels and UK’s number one paid per visitor attraction. Enjoy the panoramic 360-degree view from the heart of London and see how this spectacular city looks like as far as 20 miles on a clear day. Check the opening times and book your ticket online.

11:30 – It’s still not the time to leave Southbank. The area offer a wide range of tourist attractions, so let’s start with Tate Modern, London’s free national museum of modern and contemporary art, among which are the masterpieces by Picasso, Dali and Matisse, situated in the former Bankside Power Station on the banks of the Thames. The museum is open daily from 10:00 to 18:00.

13:00 – Lunch break! Unlike cities like Barcelona, London doesn’t have a market celebrating the country’s traditional food, but it has a Borough Market, where you can try everything, from Spanish and Italian delicacies to Asian snacks (free samples are often given for free, so you might stave off your hunger without spending a dime), Dosa n Chutny where you can try standard oven and curry dishes and other Indian specialties, Draft House which serves interesting plates like ox tongue fritters, Lola Rojo with amazing tapas, and Sebastian Vince’s Breadstall which offers baguettes, pizza slices and delicious cakes, or Mien Tay where you can enjoy typical Asian dishes, especially noodles. 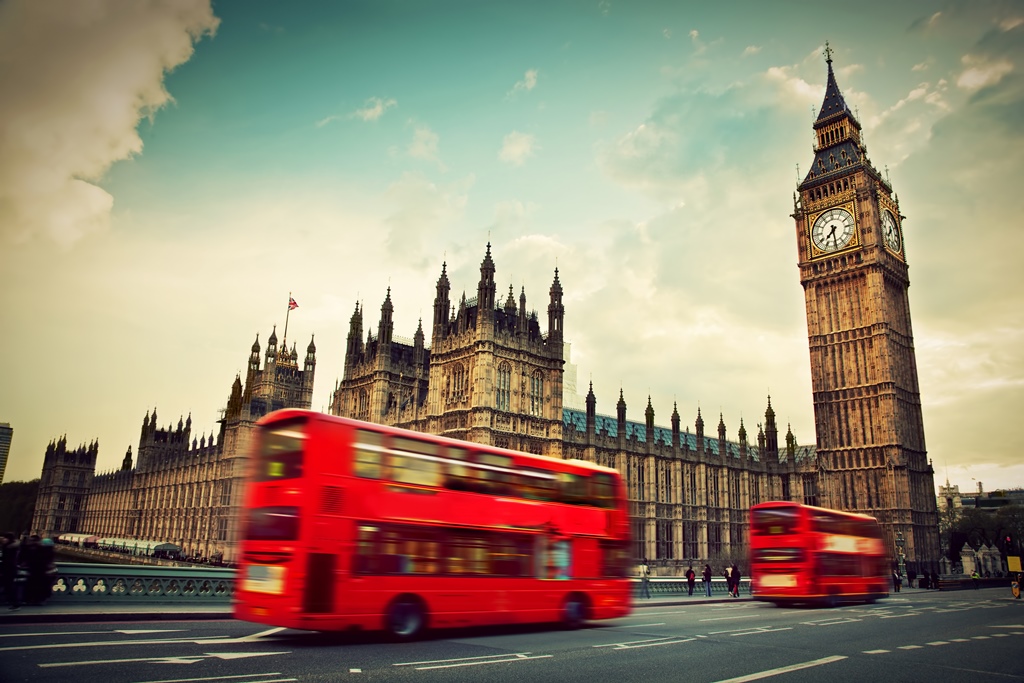 London, the UK. Red bus in motion and Big Ben, the Palace of Westminster. The icons of England in vintage, retro style

13:30 – Relax after lunch by strolling through the Sea Life London, an incredible place opened in 1997 where a spectacular Ocean Tunnel is home to a dazzling array of species, from rays to green sea turtles. With more than 500 species, 14 themed areas and more than 2 million litres of water, the London aquarium is home to one of Europe’s largest collections of global marine life. The fun is guaranteed, so make sure not to skip this step on your route.

15:30 – Hurry up to the other part of the city to make it in time to see the glorious National Gallery, which houses one of the greatest art collections in the world, from the period between 1260 and 1920. Visit the gallery and admire the works of Botticelli, Rembrandt, Van Gogh, Leonardo da Vinci and many others. The best part is you can do it for free, since the gallery offers a free entrance 361 day a year and is open from 10:00 to 18:00.

17:30 – Is there a better place for a short break than the Trafalgar Square? The square originally called Charing is considered to be the heart of the city. Ever since the Middle Ages, London’s biggest square has been a central meeting point. Enjoy your coffee, ice cream or simply just relax in the shadow of a tall column in admiral Nelson’s honour. If you’re lucky enough, there may be even some street performances and shows.

18:00 – Since you’re there, you cannot miss the intersection of several busy streets, Piccadilly, Regent, Haymarket and Shaftesbury Avenue and see yourself why people say ‘it’s like a Piccadilly Circus there’. Here you can sit by the famous status of Eros or have your picture taken in front of the iconic advertising hoarding. 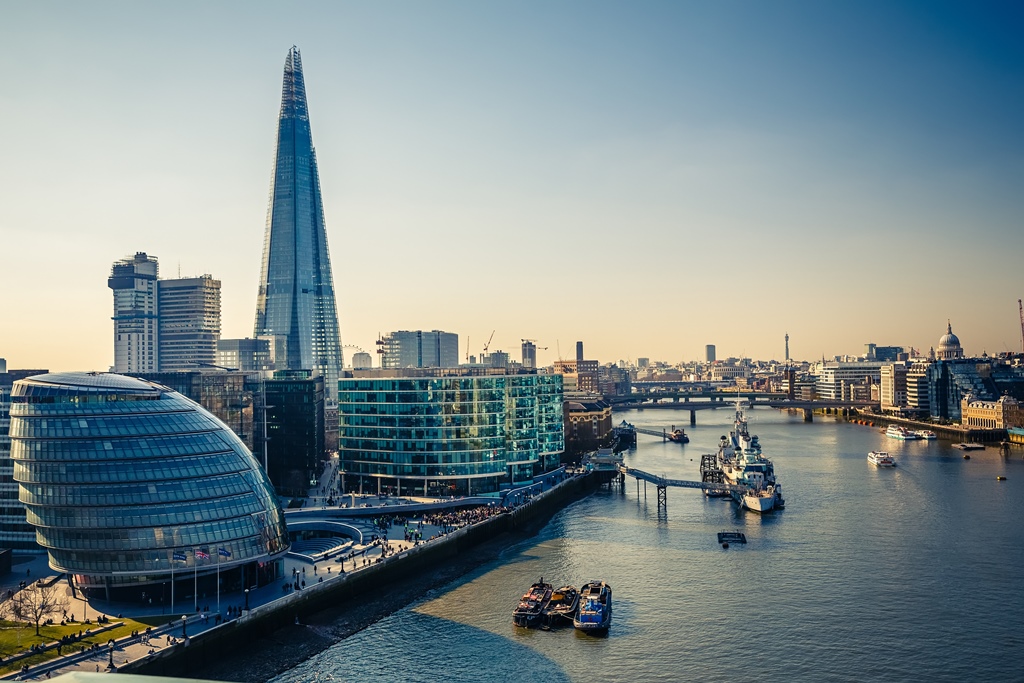 18:30 – A perfect way to start your evening is with a picnic in one of London’s many parks, the Hyde Park. One of the greatest city parks in the world too, is a home to more than 4 000 trees, a large lake, a meadow and ornamental flower gardens. The park has something for everyone, and if you come earlier, you can enjoy swimming, boating, skating, cycling and many other activities. Hyde park is also home to many buildings and monuments, like the Serpentine Bridge, the Archiles status and the Joy of Life fountain. In winter, you can also ice skate in the park.

19:30 – Let’s get some dinner! Choose for yourself: Baozi Inn if you’re a fan of Chinese food, Berber & Q Shawarma Bar for all grilled meat lovers, Chick’n if you’re up for fast casual fried chicken dishes, Daddy Donkey where you’ll have the best tortillas and burritos in London, Herman ze German for juicy sausages in crusty bread, Indian YMCA in case you’re up for something spicy… as you see, list goes on and on. Now you see why London has the title of the best food city in the world. 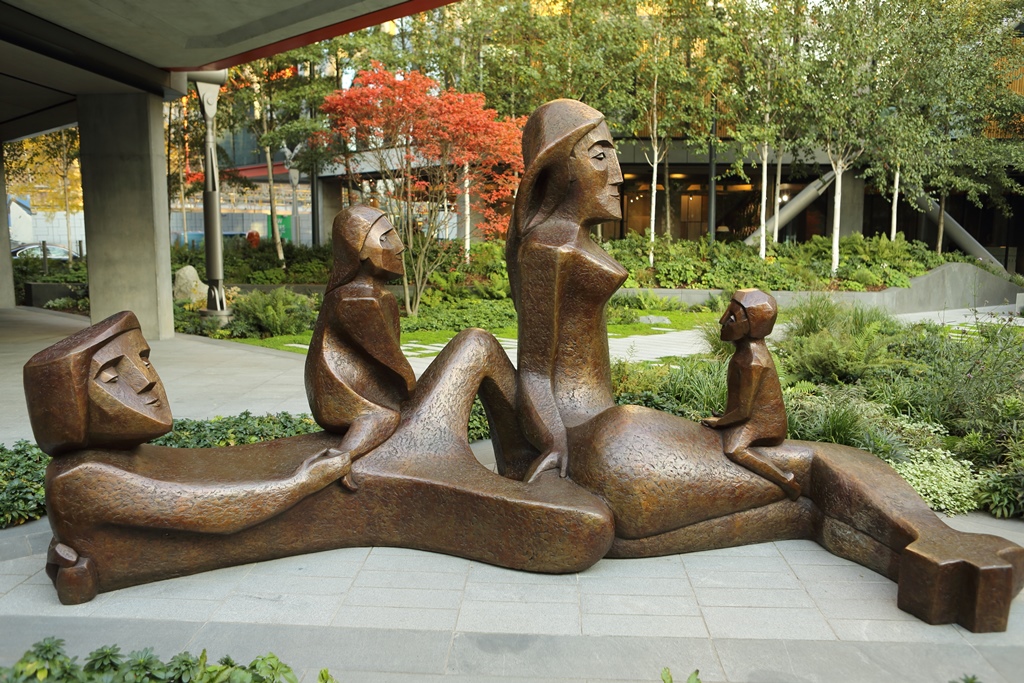 20:30 – Start your night out with few casual drinks accompanied by live music. Some of the best live music bars in London are The Camden Assembly, JUJU Chelsea, Cat & Mutton, The Hawley Arms, Studio 88…

23:00 – Night isn’t over yet! Dance until the morning hours in spectacular clubs like Electric Ballroom, The Scala London, Beach Blanket Babylon, Alchemy, KOKO, Heaven, Floripa… or simply ask someone on the street, be sure they will recommend you the best place to go!