When it comes to Croatia, finding someone who hasn’t heard of Plitvice Lakes, the city of Dubrovnik or Split and Hvar island could be impossible but there is so much more to see in Croatia than just major tourist destinations. Of course the well-known attractions are stunning and popular for a reason, but in tiny villages and towns you can experience the authentic croatian lifestyle.

Check out our guide, get off the beaten track and discover best small towns and villages in Croatia!

Motovun – Situated in the heart of Istrian peninsula, this town known for a rich history is one of the nicest places in Croatia. Located on a hill in the valley of the river Mirna, this medieval town was fortified like many others and has one main entrance. Apart from the beautiful architecture of the charming old town, the area of Motovun is popular for its gastronomic offer; nearby forests are full of hidden treasure, black and white truffles. What is more, the largest truffle in the world was found here back in 1999. Every October and November, Motovun and neighbouring villages host Truffles days with tastings and cooking shows. Good food is always accompanied by some quality wine and Motovun is no exception; here you can find a wide range of wines to try. There is a legend that says the city lies on an ancient source of energy that keeps residents always happy; taking all this into consideration, the legend might be true. 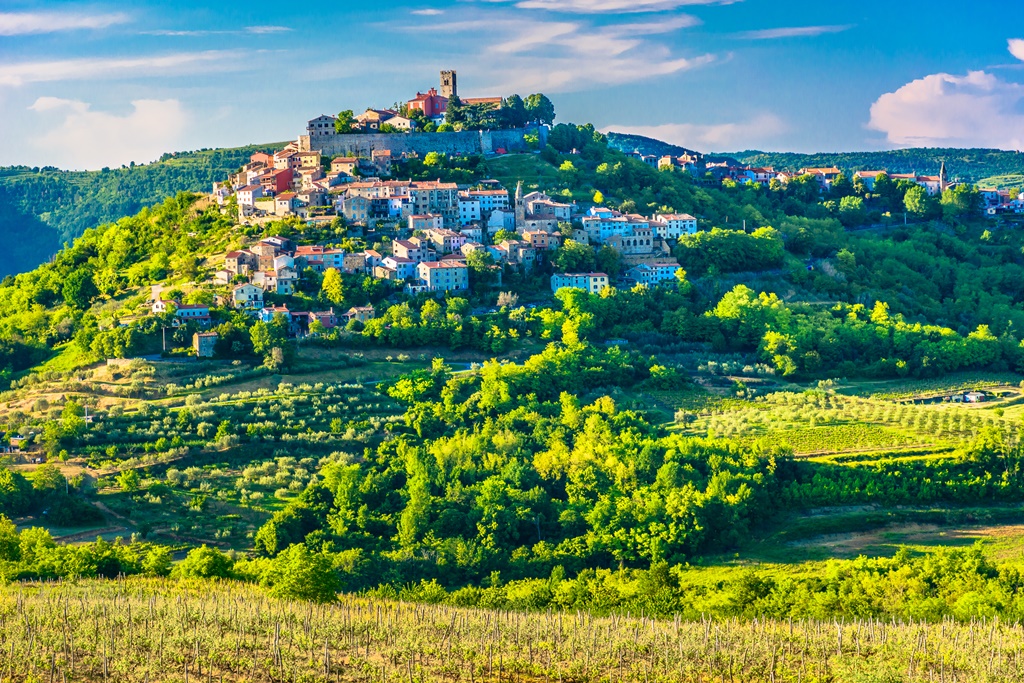 Labin – The city of Labin, founded as a Roman settlement in the 3rd century as Labona or “town on a hill” is situated 325 meters atop a hill, three kilometers from the Adriatic Sea overlooking the coast and town of Rabac. This incredibly charming town is characterized by pastel-colored buildings, cobbled alleyways, small narrow streets and art galleries and museums. You can visit mining museum celebrating Labin’s mining history since the city was the largest coal-mining center in Croatia and see a model of a mine, enter tunnels and imagine all the work of miners. Don’t forget to have a refreshment on a terrace of some local coffee bar,meet the friendly locals and have a chat.

Nin – One of the smallest towns is the oldest royal city in Croatia; it was political and religious center during the Middle Ages. The city today is full of unique buildings and the Church of the Holy Cross is the most important one. The church known as the smallest cathedral in the world is one of the best preserved monuments of early religious architecture, it has remained untouched ever since its construction. Besides exciting history, Nin has a lovely present. Located on a small island in the middle of a shallow lagoon, it is connected to the mainland by two bridges. Nin is known for beautiful sand beaches spreading up to 8 kilometers and the most popular one is Queen’s beach, a beach close the medicinal mud site which reliably cures many illnesses. 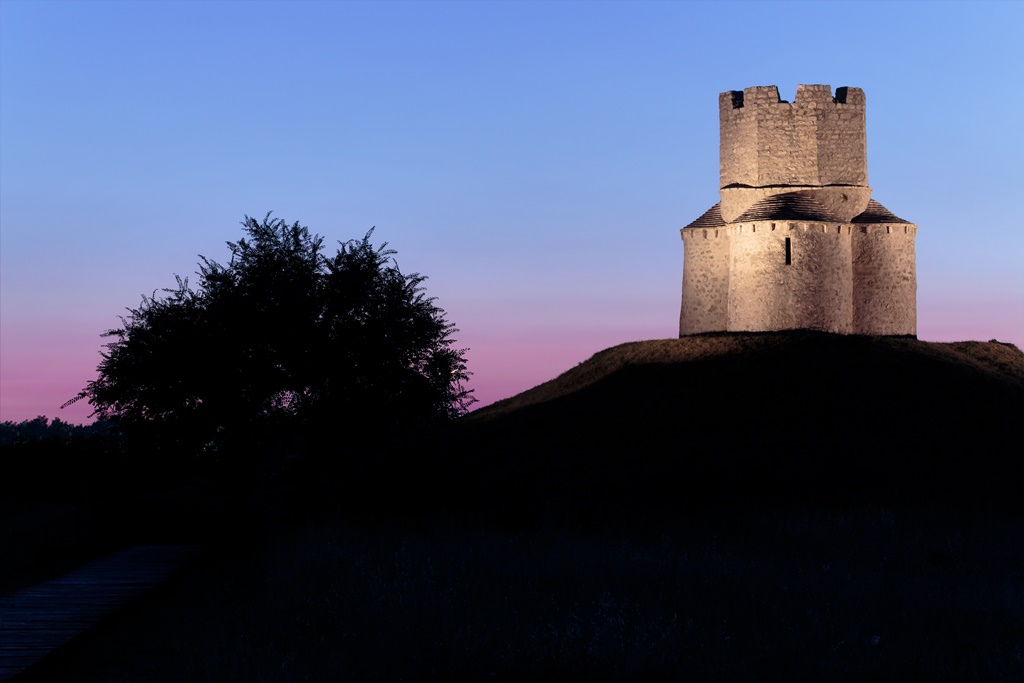 Primošten – Typical Central Dalmatian town with red roofs, white beaches and blue sea is a quiet little town consisting of two peninsulas. In the past, it was an island, but locals built an embankment to be connected to the mainland. Monumental building in the city is the Church of St. George, located at the highest point of the place. Kilometers of pebble beaches with crystal clear sea, but also tiny hidden coves guarantee you will always be able to find your place under the sun. Primošten is also known for amazing nightlife, only a few kilometers south of the city, you can find Aurora, one of the most popular nightclubs in the country.

Pučišća – Brač Island is one of the most popular islands in Croatia, mostly known for the city of Bol and the Golden Horn beach, but the island offers much more than that. Pučišća, one of the prettiest small places in Europe is familiar for stone houses with white roofs and the culture and tradition of stone masonry. This tradition continues in Stone Mason School and the exhibits are very popular among tourists. Every visitor of this beautiful place will be amazed by the peace and harmony of it. Visit the nearby beaches and hidden coves or go scuba diving or water-skiing. Also, make sure you try traditional food, including lamb specialties.

Korčula –  Island Korčula is one of the many beautiful islands in Croatia and the city of Korčula is the most visited destination on the island. The scenery of Korčula town includes terracotta roofed houses above medieval fortified walls and round towers, all facing the narrow Pelješac Channel. This place is often referred to as little Dubrovnik, but less crowded. During your stay, make sure you visit St Mark’s Cathedral and its belltower, City Museum and also Marco Polo House; yes, the famed traveller was born here. The island is well-known for its wines, so don’t miss out on wine-tasting; Grk wine is grown and produced in Lumbarda and Pošip wine comes from Smokvice vineyards. 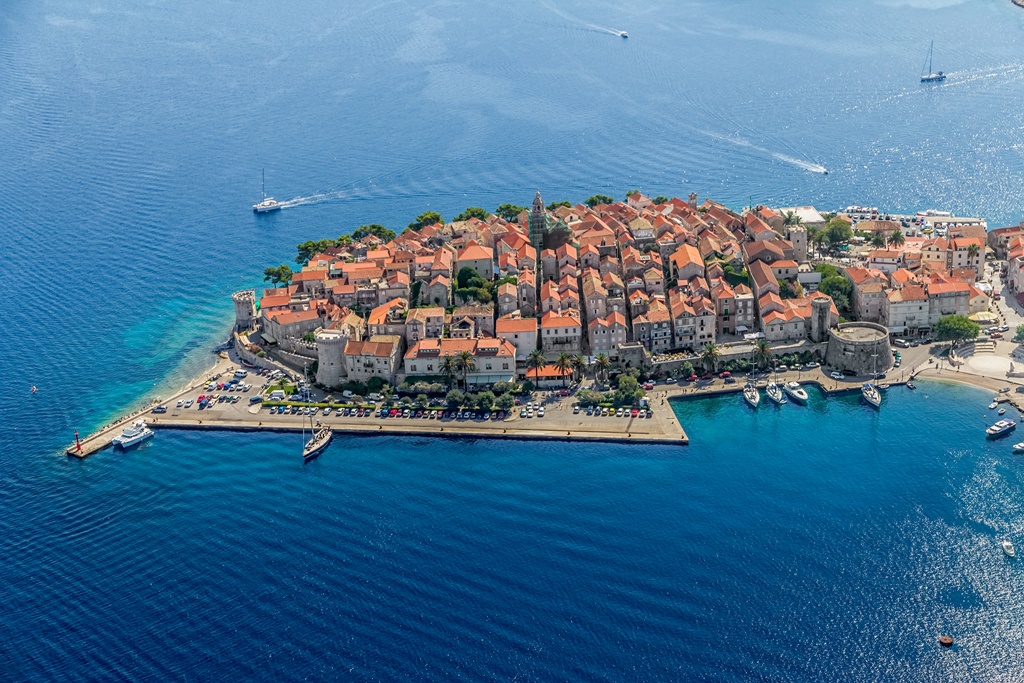 Vis – The city of Vis is another island and historical destination; the city was colonized by the Ancient Greeks and there are many archaeological remains testifying the development of Vis. Another interesting fact about Vis is that the city was a strategic point in many wars, including World War II. Its military importance partly caused isolation of the island which helped the place to preserve that authentic island vibe. Here you will definitely experience what life is like on the island. This place gives you the feeling of the Mediterranean like it used to be.

Cavtat – Cavtat is a coastal town in the region of Konavle, situated about 20 kilometers from famous Dubrovnik. This peaceful city is ideal for quiet holiday; enjoy long walks along the shore with pine trees shade and views of Adriatic, swimming in isolated bays with crystal clear sea in different shades of blue and eating some of the finest Mediterranean dishes. This place is great if you want to avoid the hustle and bustle, but also to have many options for various day trips. Cavtat is really one of the best kept secrets in the Adriatic. 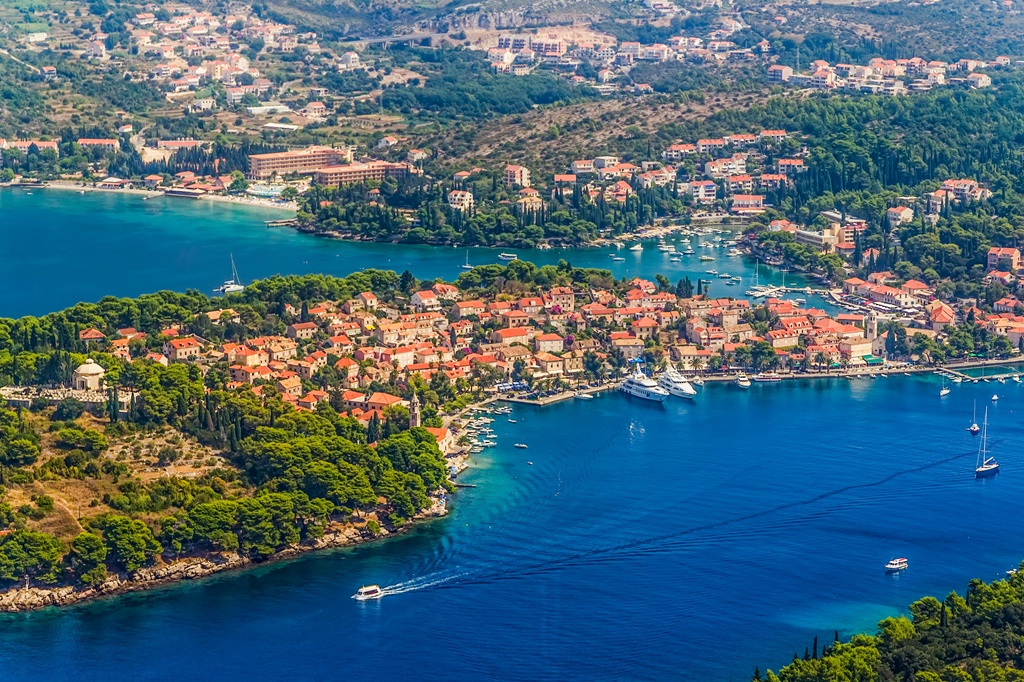 Rastoke – If you think it is time to change the scenery and move from the coast, Rastoke could be the place to do so. In this picturesque village, rivers Slunjčica and Korana meet, which results in amazing cascades and waterfalls. The village was a district of millers back in the 17th century and here you can witness a symbiosis between nature creations and technological achievements of the time when people have just started to use nature for their life purposes. The village has several attractions such as canyons, caves and magnificent nature views. Rastoke is often mention as “Little Plitvice” and it is located about 33 kilometers north of Plitvice Lakes. 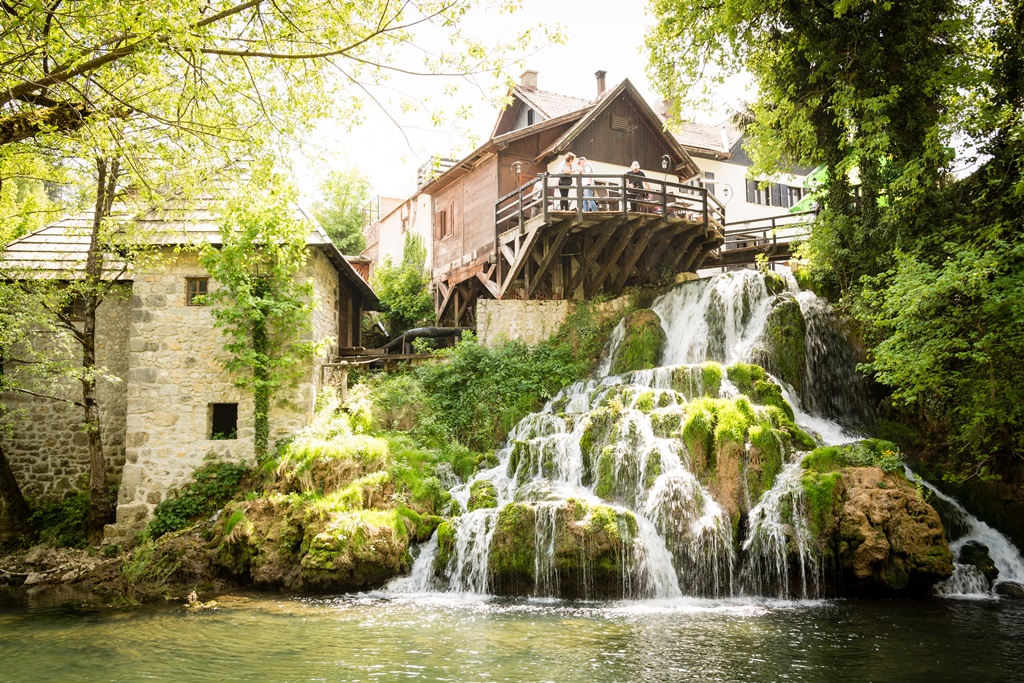 Kumrovec – Located in the northwestern corner of Croatia, Zagorje, very close to the border with Slovenia, this tiny place has less than 300 inhabitants but in the late 19th century, it was the birthplace of Josip Broz Tito, the founder of Yugoslavia. It is often said that Kumrovec is the most-known village in the world. Tito’s home was renovated and converted into a museum. Besides that, Kumrovec is the place where you can see what typical 20-century village in Croatia looked like.