France is a well-known tourist destination in Europe. Many people go there to see the Eiffel Tower, swim on the Côte d’Azur or enjoy French delicacies. However, you’re really missing a lot. France is fourth in the world after Italy, China, and Spain when it comes to having the most UNESCO sites. The country has not less than 41 UNESCO World Heritage Sites and yet a large number of them flies under the tourist radar. Of course, we cannot enumerate them all, but we’ll tell you what is the 10 must-see during your stay in the land of croissants!

The beautiful medieval city of Carcassonne, one of the biggest and best preserved fortified cities in Europe, settled itself in the valley of the Aude River between the Pyrenees and the Massif Central. Surrounded by vineyards and mountains, sweet flowers and spicy herbs, the place has the scent of southern France. The place offers not one, but two UNESCO World Heritage sites. The fortified settlement has been existing since the pre-Roman period and displays a perfect example of a massive defense system made of the castle with its surrounding buildings, streets and a Gothic cathedral.  Other than the medieval city, there is Canal du Midi, a heritage site constructed by the behest of Louis XIV which today is known for river cruises and houseboats.

Bordeaux is a historic city of outstanding urban and architectural structures dating from the age of Enlightenment, becoming this way the second city in France (after Paris) by the number of protected buildings. For more than 2 000 years the city has been having a big historic role as a place of cultural value exchange, especially with the Low Lands and the UK. It’s a place where the 18th-century class meets the modern French chic. Once in the shadow of bigger cities, today this port town boasts a pedestrian-friendly center, amazing riverfront park and a sleek tramway. The antique facades witness cruise ships and riverboats on the Garonne River, so make sure to enjoy the breathtaking the Port of the Moon, the crescent-shaped line formed there. 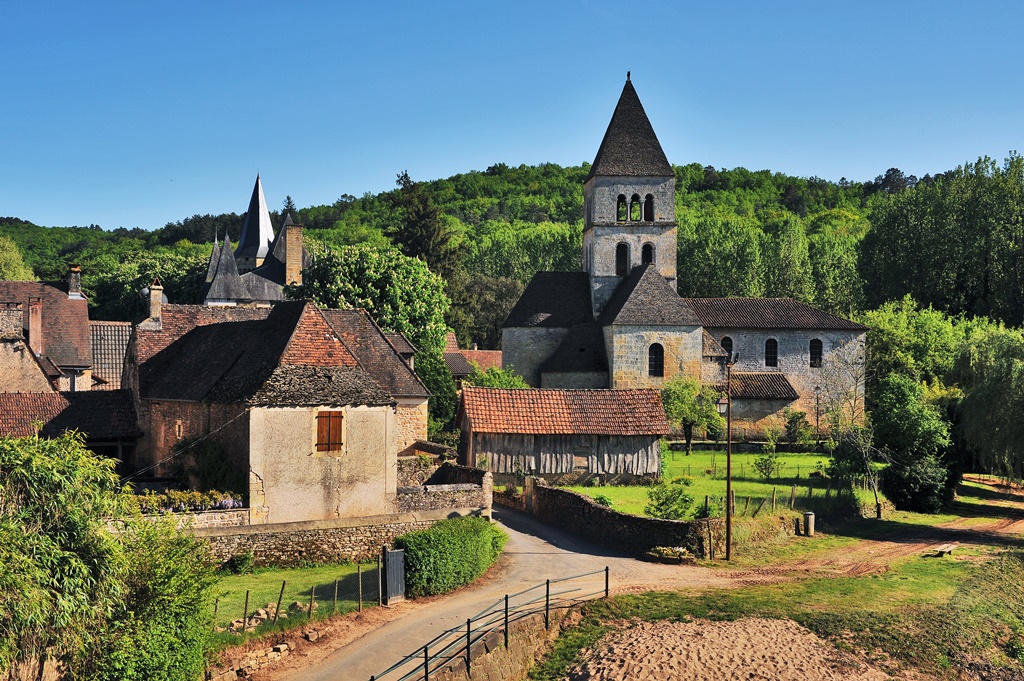 The romantic and remote village of Vézelay will take your breath away with its cobblestone lanes, stone-clad houses and window boxes full of flowers which make it one of ‘Les Plus Beaux Villages de France’. The place lies 250 km southeast of Paris in northern Burgundy and you can easily access it by car or train. In the center of the village, on a lone hill rising from the forested Yonne plain, you’ll see a Benedictine monastery. The legend says that the relics of Mary Magdalene, today housed in a magnificent Romanesque basilica – a UNESCO site since 1979, were deposited there by a medieval monk and declared by Pope Stephen IX in 1058. Afterwards, Vézelay became an important place of Catholic pilgrimage.

Also known as the ‘Wonder of the West’, a Gothic-style Benedictine abbey built in honor of the archangel St Michael together with the village within whose walls it grew up in, stand on a rocky islet in the middle of sandbanks between Normandy and Brittany. It is built sometime in the period between the 11th and 16th centuries and at that point, it was used as an unconquerable fortress. Aside with its walls, fortifications and defense systems, it had to adapt to its unique location, due to its settlement in the shallow bay where you can see some of the highest tides in Europe. The only road to the mainland was often covered with water at high tide and any attacker would get stuck in mud or drowned within hours. 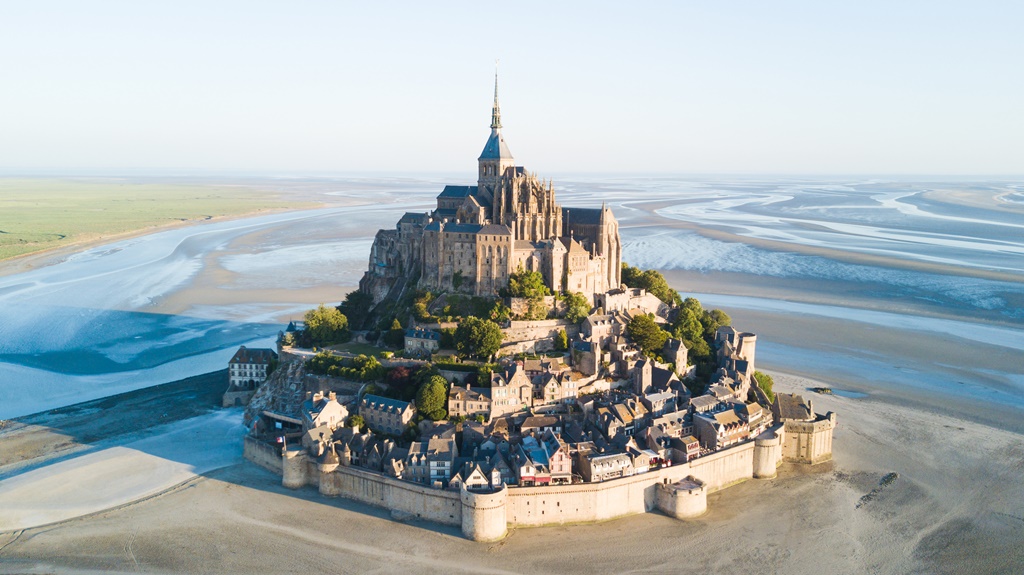 Counting more than 1.3 million visitors per year, Chartres Cathedral represents ‘the high point of French Gothic art’. On a clear day, you can see the church’s two iconic spires from more than 15 km away. Only an hour away from Paris, it is a popular one-day trip destination from the capital. For the veil in the church, said to have been worn by the Virgin Mary while giving birth to Jesus, the cathedral has become a known site of pilgrimage as well. The highlight of the cathedral is the light show or ‘Chartres en Lumières’ held each year from mid-April to early October when more than 20 historical sites are illuminated by over 300 time-synced lights.

French capital treats you with two UNESCO sites, banks of the Seine river and Versailles. The evolution and history of Paris can be all seen from the Seine, from the Notre-Dame Cathedral and the Sainte Chapelle to the Louvre Museum and Place de la Concorde. Banks of the Seine is a collection of all major sites of cultural importance to France and its neighboring areas. We’re talking about 365 hectares in land area. The Palace of Versailles, on the other hand, was the residence of the French kings from Louis XIV to Louis XVI. Shaped and decorated by several generations of architects, decorators and sculptors, it provided Europe with a model of ideal royal residence for more than 100 years. 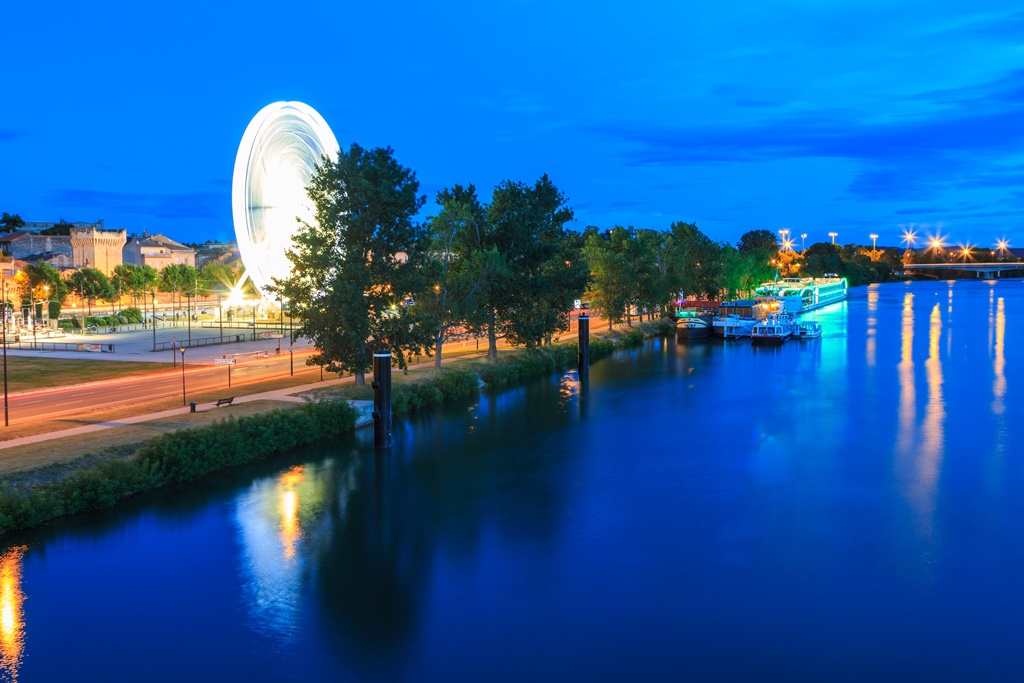 The Ancient Roman Theatre of Orange is an extraordinary testament to the glory of the Roman Empire and the best preserved Roman theatre in entire Europe. Built in the 1st century AD, it was the first of its kind in France, and its imposing facades continue to impress visitors up to this day. The theatre’s area could host up to 9 000 people, seated according to their social status. King Louis XIV called it ‘the most beautiful wall in my entire kingdom’ for its 103 meters long, 1,80 meters thick and 37 meters high structure. The stage is by far the most extraordinary part of the theatre, stretching over 60 m one meter above the ground.

Gulf of Porto is one of the natural wonders which found their way to the UNESCO list. It’s a stunning expanse of land and sea in Corsica where the great leader Napoleon was born. Settled right between Italy, more specifically Tuscan shores, and France, the island is a true ‘mountain in the Mediterranean’. On Corsica’s west coast you’ll find the Gulf of Porto, a vast, V-shaped bay comprising the Calache of Piana in the south, the harbor of Porto itself, the Gulf of Girolata and the Scandola Nature Reserve on the northern end. It’s a place to feel the ecological and geological power which continues to influence this unique place on Earth. 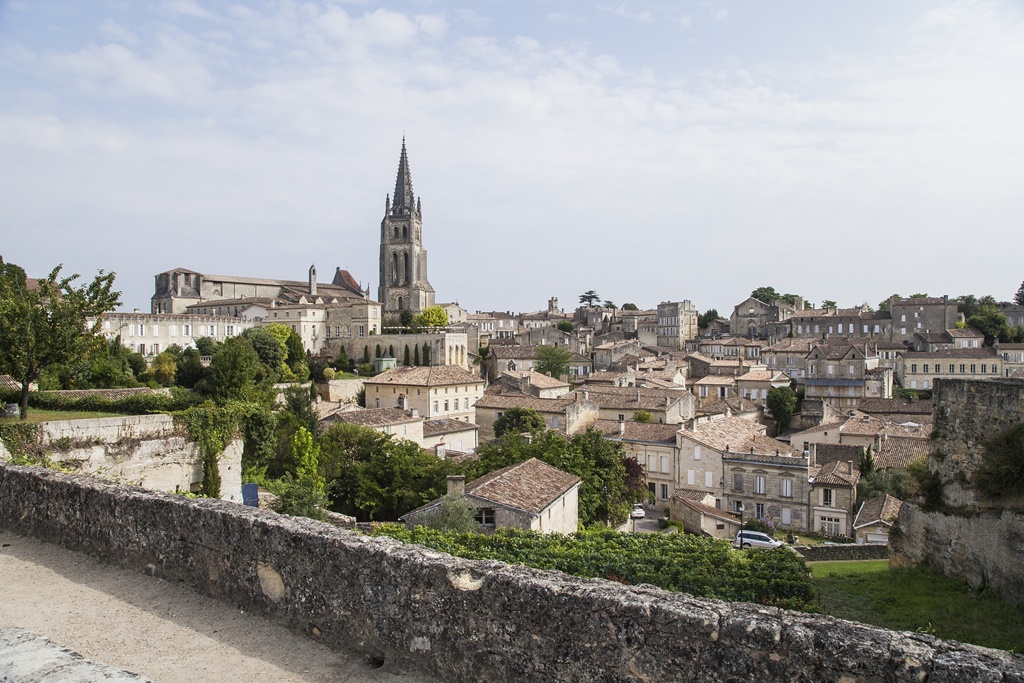 Cave of Pont d’Arc is the youngest site on our list since it earned its place there only three years ago. Located in a limestone plateau of the Ardèche River in southern France, it contains the earliest-known and best-preserved figurative drawings in the world dating all the way back to the Aurignacian period. The walls show anthropomorphic and animal motifs displaying different techniques like shading, paint, engraving, movement and three-dimensionality. The cave was discovered in 1994 and it is the oldest currently known decorated cave in the world (36 000 years).

Saint Emilion is another charming medieval village on our list, located in the heart of the well-known Bordeaux wine area. If you’re looking for a place to find world-famous wineries, fine wine, great monuments and beautiful architecture all at once, then this is where you should go. The place owes its name to a monk from Brittany named Emilion who later in life accomplished a few miracles and made the place a great religious center. From the 9th to the 19th-century men had to mine the soil to standardize the whole architectural looking of not only Saint-Emilion but also of a few places in the region. There are still 200km of underground galleries under the village and its vineyard standing as a proof of that. 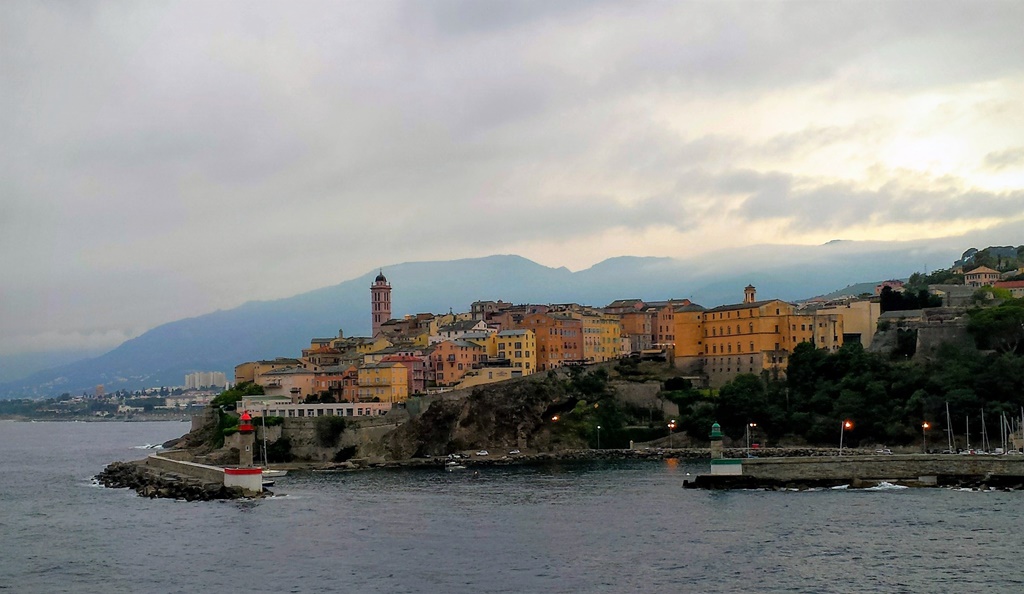