Mexico is a destination of ancient ruins, magnificent beaches, cosmopolitan cities, mariachis and tortillas! This lively country has a culture everyone is familiar with and there is something for everyone to enjoy. Visiting Mexico guarantees warm weather and lots of incredible landscapes. Check out the best reasons why visit Mexico as soon as possible!

Mexico is a country of diverse cities, some offer the magnificent coastline, some are historically and culturally rich. Of course, Mexico City as the capital of the country is one of the most attractive cities. Situated on the ancient Aztec’s city Tenochtitlan, this city has an important historical background, no wonder there are more than 1200 museums and galleries scattered around.

However, among the most visited cities in Mexico is Cancun. This thriving cosmopolitan city is built primarily for tourists as a resort destination along with Playa del Carmen, Cozumel island and the rest of Mayan Riviera.

Long sandy beaches and tropical settings can be also found in cities such as Puerto Vallarta and Cabo San Lucas. These cities are popular among tourists who come to enjoy diving, snorkelling, fishing and a lively vibe.

Ixtapa and Zihuatanejo are other famous resorts, while cities such as Guadalajara, Guanajuato and San Miguel de Allende burst with culture, art and architectural beauties. 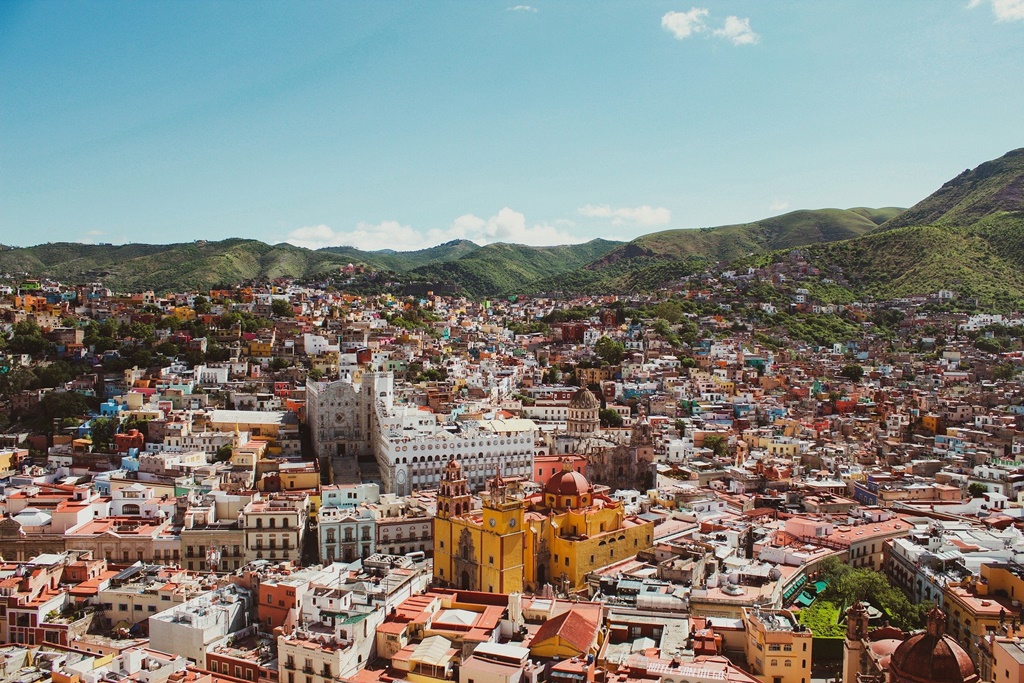 Although a large country, Mexico has good travelling connections within and outside the country. Flying to Mexico is easy considering there are over a hundred airports in Mexico. Ground transportation is developed as well, check out the most popular routes below:

Mexico is a country of various landscapes and climates depending on where you go. Unique and magnificent formations await on every corner, as well as the rich wildlife. Firstly, Mexico is a great escape from the cold winter temperatures, certain parts of the country are deserts while others enjoy the eternal spring.

Sonoran desert with its saguaro cactus is the typical scenery many of us associate with Mexico. There are also majestic volcanoes that leave you in awe such as Popocatépetl Volcano in Puebla. Then, Lake Chapala, the largest freshwater lake and a sacred place of Huichol Indians from the southwestern parts of Mexico. 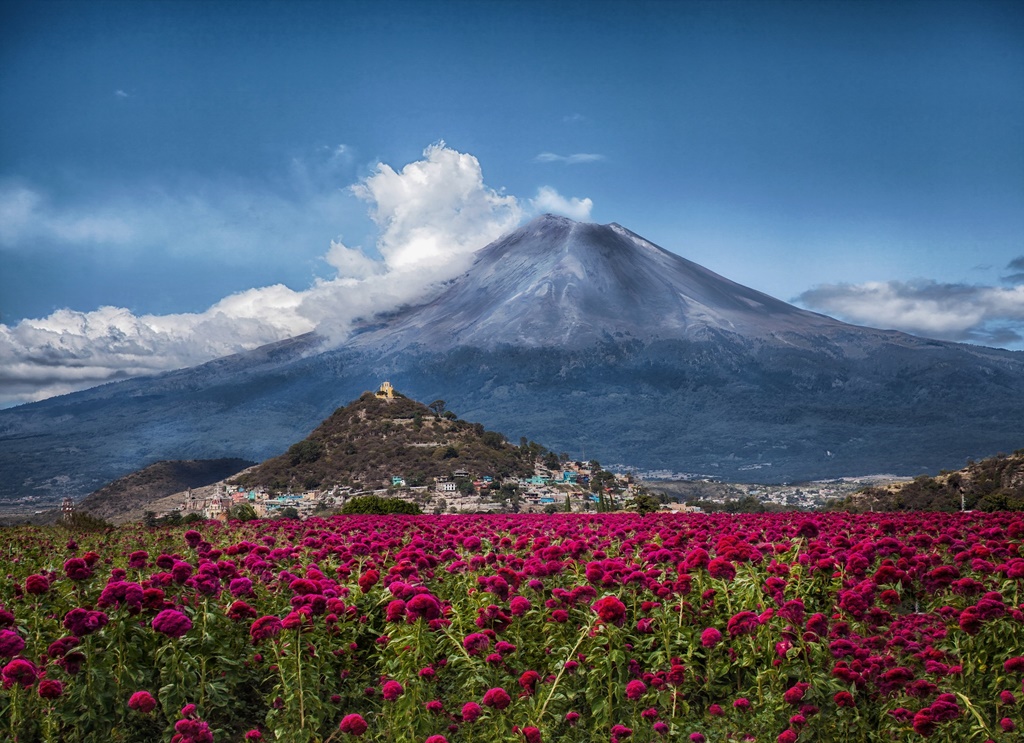 Hiking, biking or driving through the Copper Canyon of Sierra Madre Occidental is the perfect way to explore the rugged inland area.

Mexico is also full of ancient natural wonders that still amaze its visitors such as Tepozteco Hill with a pyramid dedicated to the god of pulque, but also a place known for extraterrestrial stories.

For something truly magical, head to Quintana Roo to see the cenotes, actually sinkholes created by the collapse of limestone rock. If you want to explore the underground, National Park Grutas de Cacahuamilpa hides one of the largest underground cave systems in the world.

The list of natural wonders goes on, Mexico is simply a delight for outdoor enthusiasts wherever you go!

Mexico is a country that rests on the foundations of magnificent ancient civilizations of Maya and Aztecs. Therefore, visitors can visit one of the numerous ancient ruins that stand as a reminder of the important cultural and historical background.

One of the most visited archaeological sites is Chichen Itza, of course. It is located on the Yucatan Peninsula, close to Cancun. The most popular sight is El Castillo, a 30-meter pyramid. Teotihuacan is the greatest ruin of Aztecs, best known for its two pyramids – Pyramid of the Sun and Pyramid of the Moon. 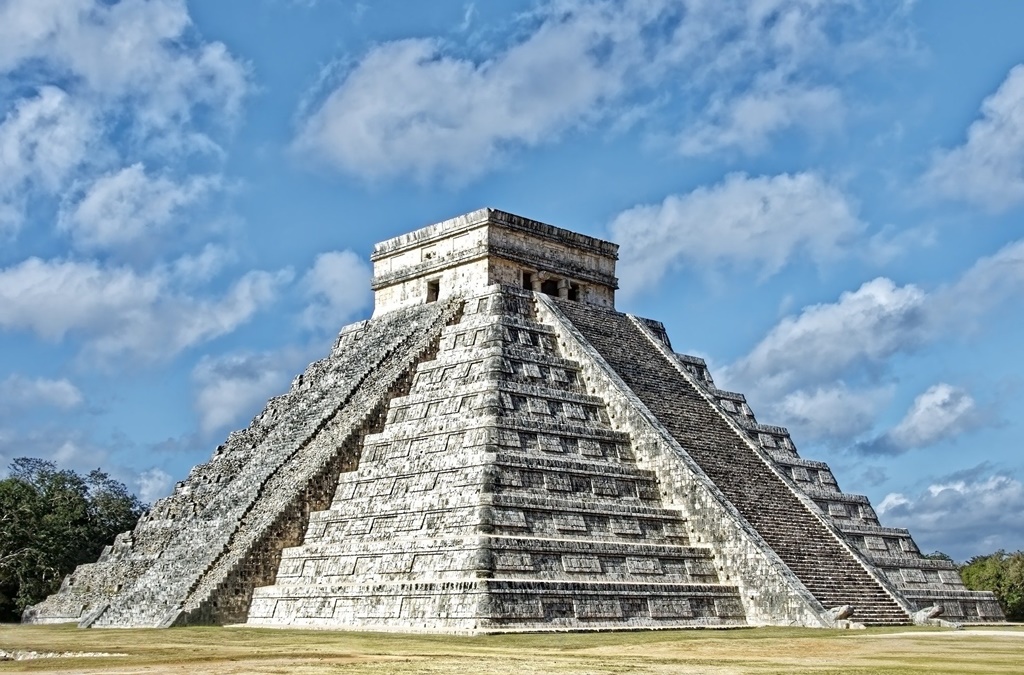 Among other important Mayan ruins are the coastal ruins of Tulum with a temple overlooking the sea. Uxmal ruins near Merida used for astronomical purposes but also for religious ceremonies. El Rey complex in the heart of Cancun may not have impressive steep pyramids, therefore expect fewer crowds while observing the important historical site. Visit the nearby Maya Museum for more information. Palenque, protected by UNESCO, features temples hidden in the jungle and Monte Alban is the hilltop capital of the Zapotecs.

The list of ancient ruins doesn’t end here, depending on which parts of Mexico you visit, you will surely find plenty of archaeological sites in the area.

Mexico is also a country that boasts an incredible amount of UNESCO protected sites. There are in total 35 properties inscribed on the UNESCO Heritage Site or Biosphere Reserve list. Moreover, there are as many as 9 cities that are fully or partly protected – Mexico City, Oaxaca, Puebla, Guanajuato, Morelia, Zacatecas, Queretaro, Tlacotalpan and Campeche.

Of course, many of the previously mentioned ancient ruins also belong to the list. There are 6 natural sites including the Sonoran Desert, the Monarch Butterfly reserve, Prehistoric caves of Yagul and the endangered islands and protected areas of the Gulf of California.

However, not only the cities and nature found their place on a list of protected areas. The known-to-all drink tequila with its industrial facilities and the agave plant got its place as well! 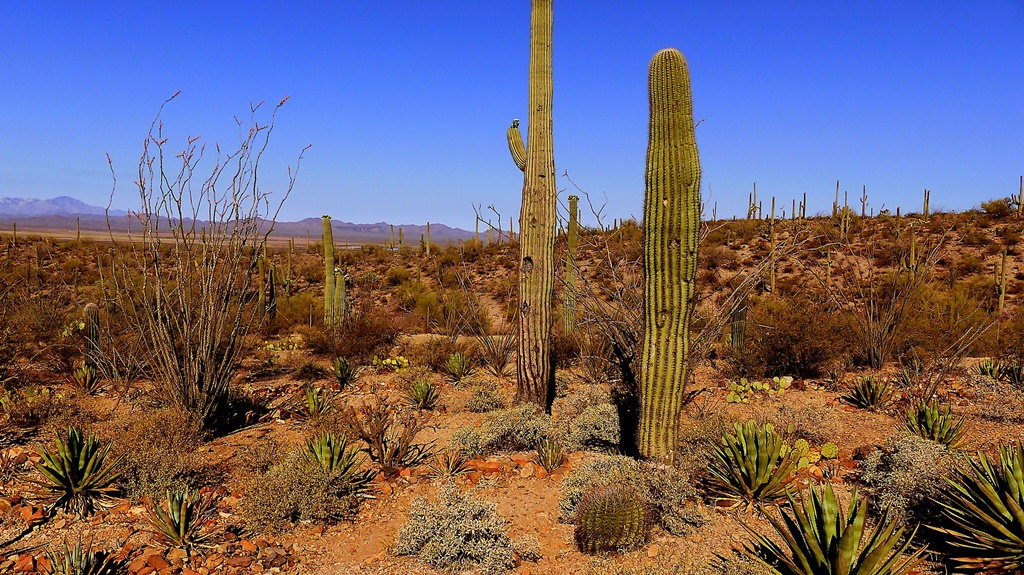 As a country of high temperatures and nearly 10 000 km of coastline, it is no surprise Mexico is a place of amazing beaches. The offer is diverse, so expect secluded coves, long sandy beaches, spots in the jungle surrounded by ancient ruins and the most unusual natural formations. It is hard to pick the best ones when there are over 500 beaches in Mexico, but depending on where you visit, don’t miss out on these: 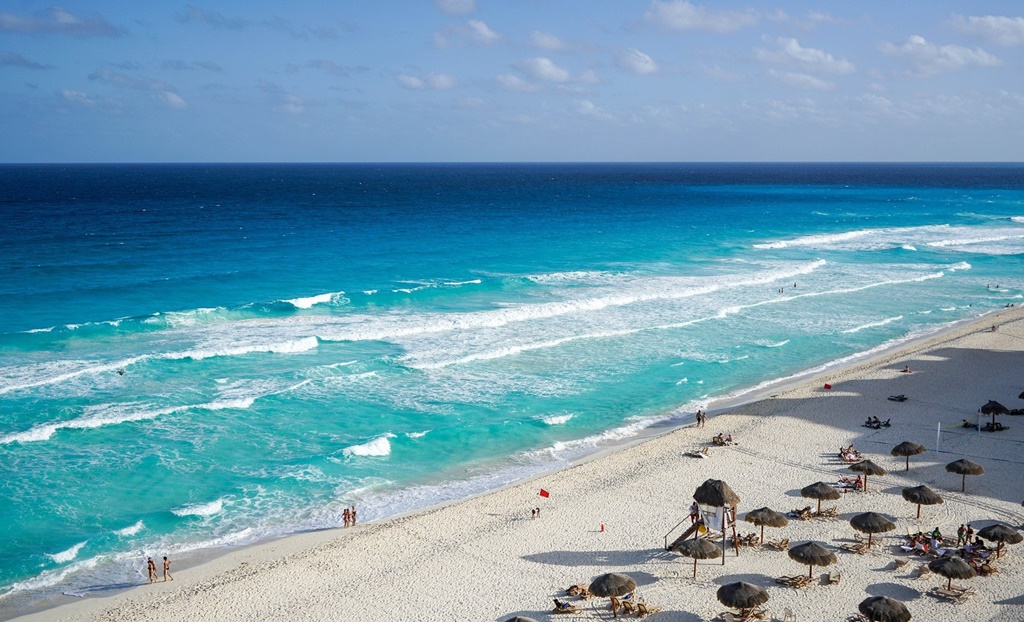 Speaking of the beaches, scuba enthusiasts could have already realized that underwater life in Mexico is incredibly rich and diverse. So, encountering a whale shark at Mexico beaches is a common thing. They can be up to 12 meters long, but don’t worry! These sharks are not the actual “sharks” and they won’t hurt you.

Other common whales include Bryde’s Whale and Sperm Whales of which the latter appears to have the largest brain of any creature known to have lived on the planet.

Another common sight is a turtle! Sea turtles simply love the Gulf of Mexico, so five out of seven species are living in the area. Kemp’s Ridley is the smallest and the most endangered type while leatherback sea turtles are the largest ones.

Other incredible creatures include the vampire squid, orca, goliath grouper and many more. Diving and snorkelling is certainly a delight in this area! 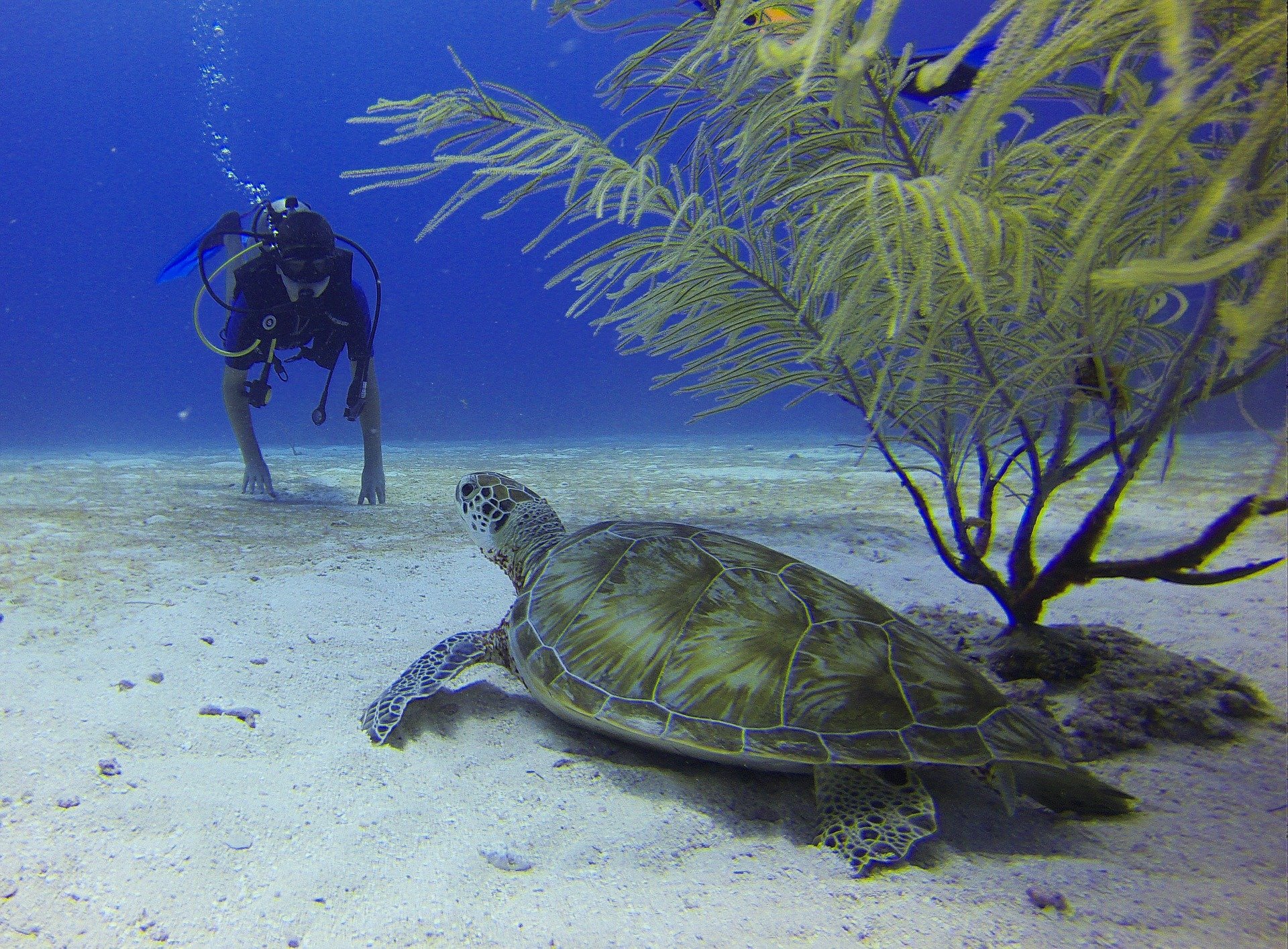 Most of us associate Mexico with a lively, colourful and vibrant culture that consists of celebrations with mariachi bands and pinatas, iconic Mexican cuisine, sombreros and lots of sunshine. And that is correct!

Music and dance are important art forms for Mexico. Traditional music can be heard on every corner and folk dancing is common as well. The best way to experience it is to attend a Mexican festival or fiesta. Mexicans cherish all of their festivities but the wider audience is probably most familiar with Dia De Los Muertos or the Day of the Dead when the recognizable masquerade takes over the country.

Mexican culture rests on the combination of the native Mesoamerican and Spanish culture. Therefore, you can see different influences, depending on where you go!

One thing that distinctly defines Mexican culture is their food traditions and cuisine. Mexican cuisine is a world-wide popular cuisine that can be found in every corner of the world. Mexican cuisine developed from the traditional cuisine of Mayas, but it is also influenced by Spanish food introduced after the Conquest of Mexico. Today’s cuisine of Mexico varies depending on the region. However, Mexican cuisine is not all about the wraps, here are the most popular dishes: 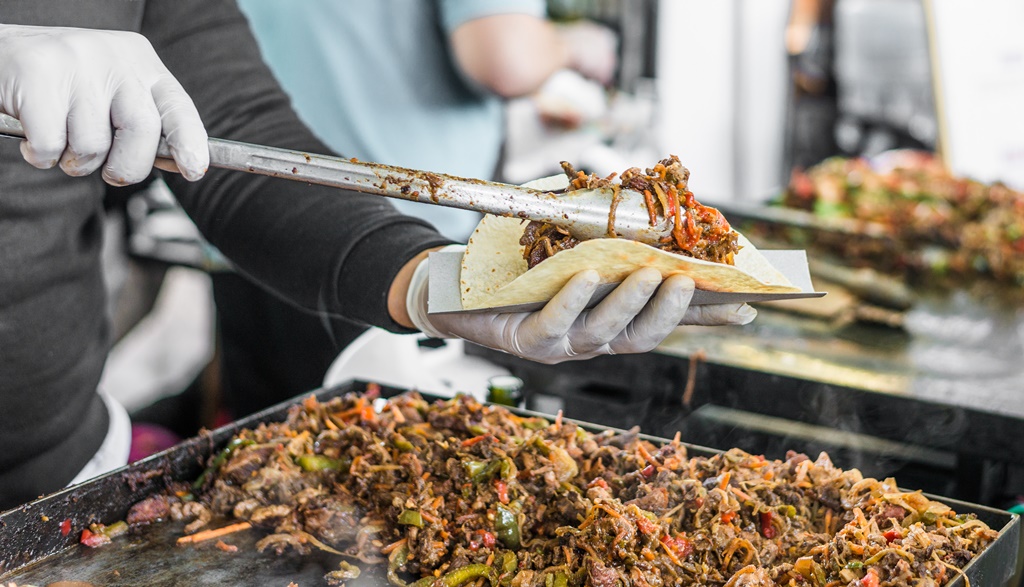 If you still think Mexican food is all about tortillas and spices, don’t worry, most of the dishes can be served without a tortilla and the taste can vary from sour to hot.

Finally, tequila – a symbol of Mexico and many blurry night outs worldwide. This remarkable drink is a liquor made of the blue agave plant with origins in the city of Tequila in Jalisco. When looking for tequila, make sure it is a 100% blue agave product. There are three main types of Tequila, categorized based on age and distillation: Blanco, Reposado and Anejo.

And while we all know what happens after a few tequila shots, this drink has some health benefits as well and studies prove it contributes to weight loss. However, regardless of how many times you have drunk tequila, having a shot with Mexicans during a fiesta is the real deal! 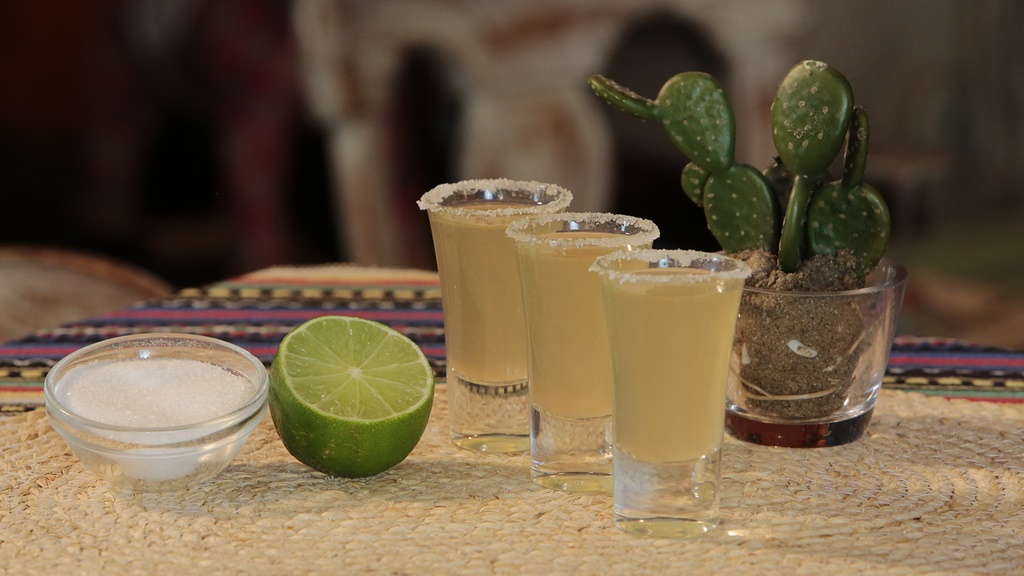