Ecuador may not be as big as its neighbours Peru and Colombia, but it is full of history, culture, cuisine and landscapes. The first traces of human presence are thousands of years old. History shaped Ecuador into what it is today – a country in which Indigenous, African and European cultures have influenced its lifestyle, architecture and cuisine. However, Ecuador is not just its history but also its rich wildlife and beautiful landscapes. If you have second thoughts about visiting or just wish to learn more about this stunning country, the following text will give you all the reasons why you should visit Ecuador.

Ecuador as it is today was greatly influenced and shaped by its past. It was a part of two vast empires: the Incan Empire and later on the Spanish Empire. However, it also has a rich history as a land of its own.

The official language of contemporary Ecuador is Spanish, but several Indigenous languages are spoken as well. The Indigenous people are still present in Ecuador, and their cultures are alive and preserved by the community. The Afro-Ecuadorians are famous for their marimba music and dances. The Europeans also had a significant influence due to their position of power, mostly in matters of religion and language. With all that in mind, it is safe to say that Ecuadorian culture is a mosaic of diverse cultures that shape its identity.

People and their cultures are not tourist attractions. However, simply being in such diverse surroundings gives the amazing opportunity to learn about other people, their stories and traditions. 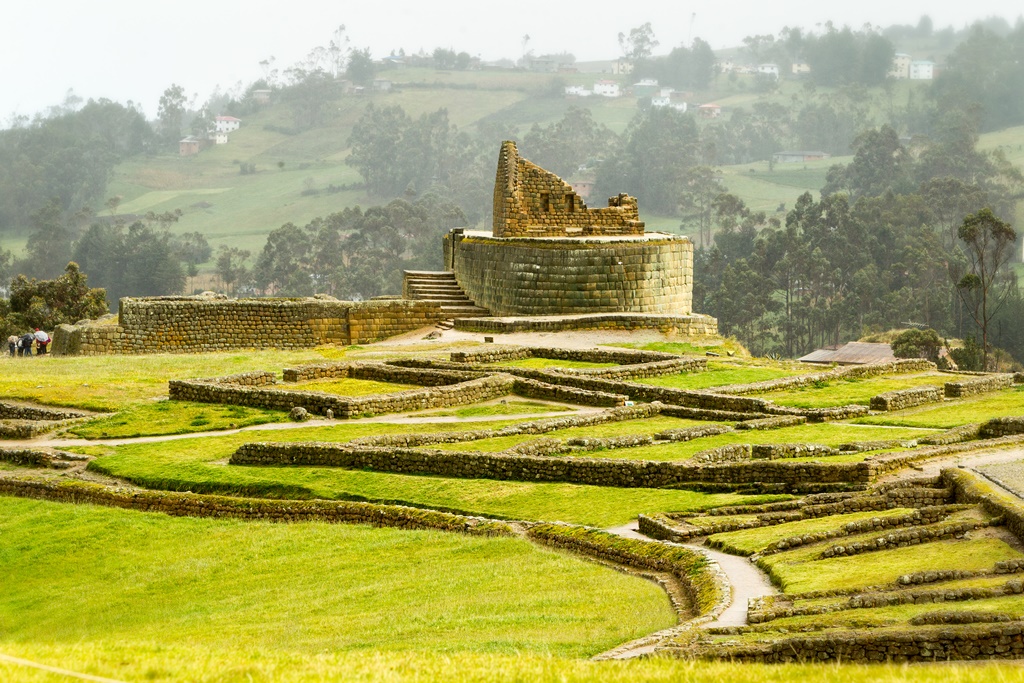 Ecuador has five UNESCO World Heritage Sites, three of which are cultural and two are natural.

Quito, the capital of Ecuador was the first World Heritage site. It was built in the 16th century by the Spanish on the ruins of the previous Incan city. According to UNESCO, it has the best-preserved historic centre in Latin America. Volcanoes and mountains surround it, and the look of the city presents beautiful harmony between man and nature.

Cuenca is another city that has a historical centre under the protection of  UNESCO. The city is in the heart of the Andes, in the valley of four rivers. The historical centre was built in the 16th century by the Spanish. The parks, atriums, squares and churches in the old town are breathtaking. Within the city is an Incan archaeological site Pumapungo and Pumapungo museum that houses various exhibitions. 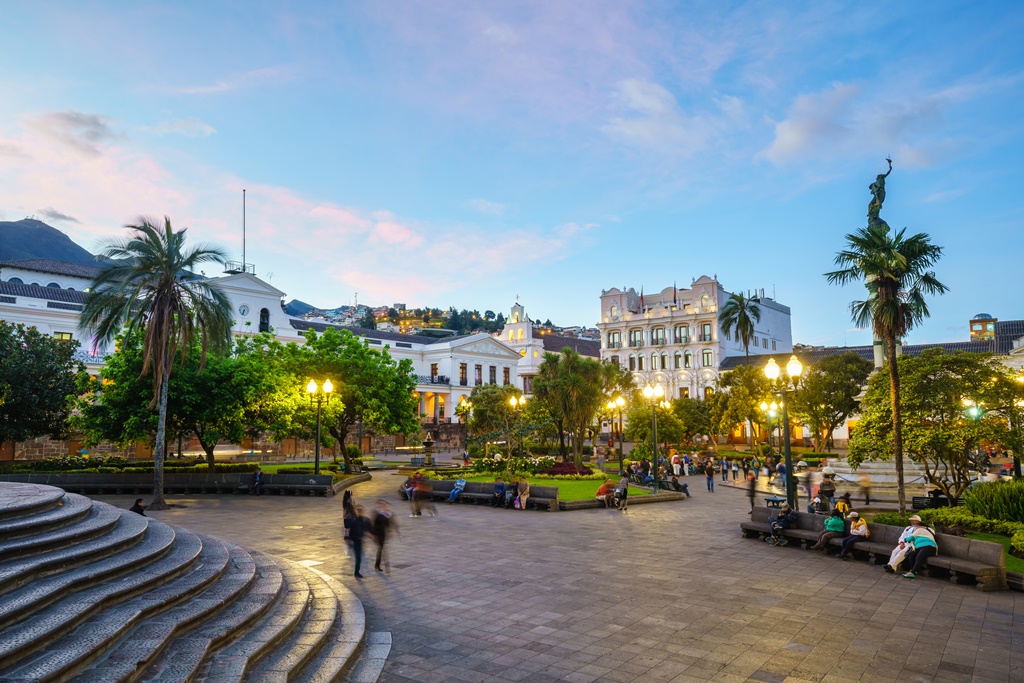 Another cultural World Heritage site is Qhapaq Ñan, the Andean road system that stretches along 30,000 kilometres. It was built by the Incans the pre-Incan communities over several centuries. It connects snow-capped mountains, rainforests, deserts, valleys and the coast. 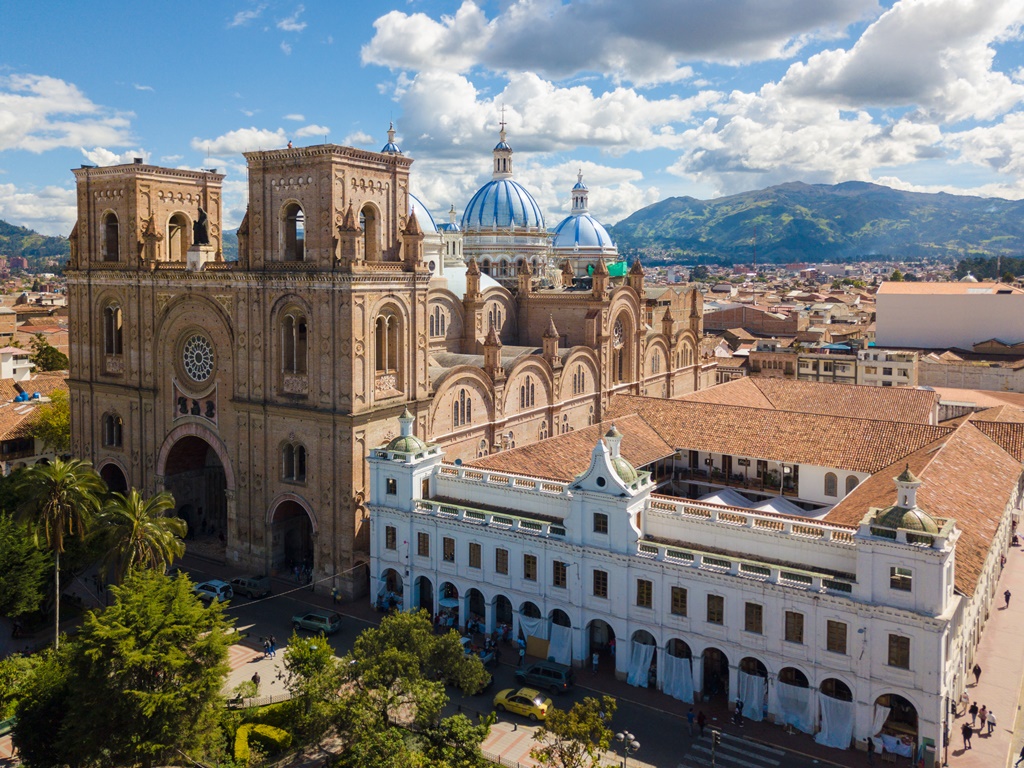 Cathedral of the Immaculate Conception, Cuenca

The land of chocolate

Ecuadorian dark fine chocolate is often on the pricier side. However, the best known chocolate product is To’ak chocolate. It is a luxury dark chocolate, and prices range from $35 to $450. The luxury chocolate is made of heirloom Nacional cacao beans, the finest and rarest cacao beans in the world.

Whether you decide to try the famous To’ak luxury chocolate, or decide to try one of the more accessible options, tasting domestically produced chocolate is a must when visiting Ecuador.

Ecuador is diverse in its regions, its culture, and its food. The variety of food is a result of a variety of regions that had different access to produce and meat in the past. The coast offers a variety of seafood dishes, but also chicken. Furthermore, traditional food in the mountains is more beef and pork-based, and several dishes include cuy (guinea pig).

It is obvious that meat is quite significant in Ecuadorian cuisine, but that does not mean dishes are made exclusively from it. Vegan and vegetarian options and alternatives also exist. The cuisine is one of the reasons why visit Ecuador, especially if you appreciate a tasty meal. Some of the traditional dishes to try are: 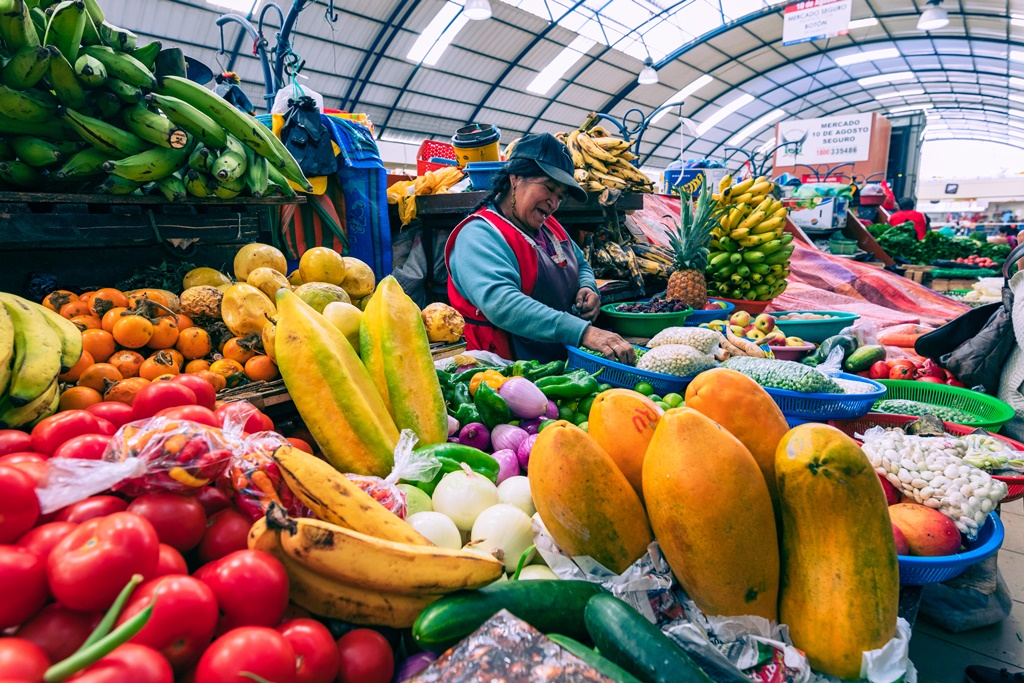 Whether you decide to venture to the Galapagos Islands, the Andes or perhaps the Amazon rainforest, you will surely be blown away by their beauties.

The Galapagos Islands were isolated from the rest of the world for a long time. There are barely any traces of previous human presence. In the past, the unique wildlife inspired Charles Darwin’s work on his theory of evolution, and nowadays many people visit the accessible islands. 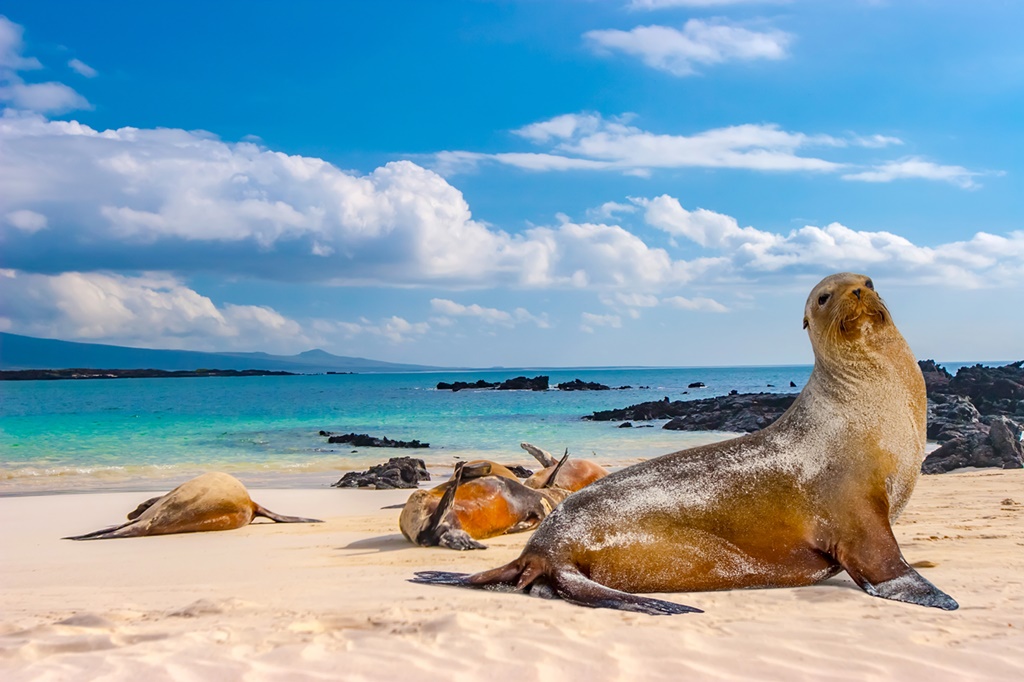 The Andes are a region of snow-capped mountain tops, deep-green mountain banks, volcanoes, rivers and streams. The nature of the area offers various landscapes and sights, as well as a taste of adventure. Furthermore, Quito and Cuenca are some of the cities in the region, which gives it a unique urban feel. Here you will also find many Incan remains.

Last, but certainly not least, is the Amazon rainforest. The region is quite special for its cuisine and the way of life. Yasuni National Park is the part of the Amazon that most often steals the spotlight. And rightfully so – it is one of the most biodiverse places on Earth, and it’s where you can see some of the most beautiful sunsets.