Almeria is a city in the Andalusia region of southern Spain. It is a gorgeous place full of interesting attractions and history, along with natural beauty and wonderful weather. An important city often overshadowed by its more well-known siblings, Malaga and Granada. Here are seven reasons why you should pick Almeria as your next destination.

The Costa de Almeria is 217 kilometers long. Almost all of that consists of beaches! Natural stretches of unspoiled sand as far as the eye can see, sometimes with outcroppings of rock and sometimes with the desert behind them, always giving way to clear beautiful water. Playa Aguadulce and Playa Agua Amarga are popular beaches for example, but some of the most beautiful beaches are located in the Cabo de Gata National Park. Playa de los Genoveses and Playa de los Muertos are two famous examples. There are also water parks and a myriad of coves up and down the coast! 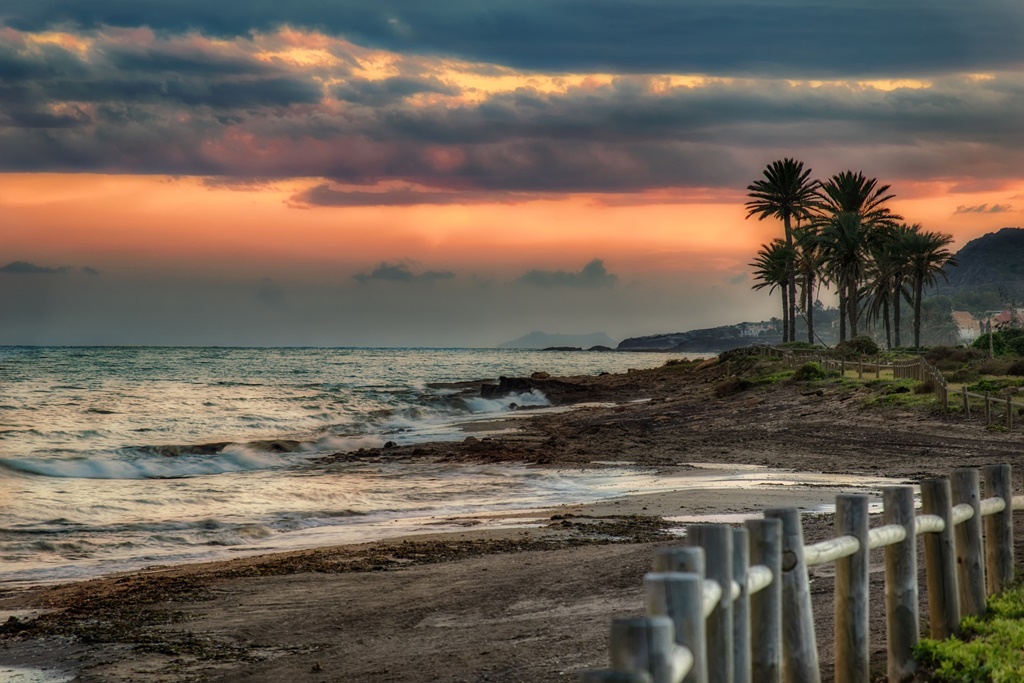 Almeria was named the “Gastronomic Capital of Spain” for 2019. This laurel was earned because of the land and seafood mix that Almeria is famous for, such as: Gurullos – pasta with rabbit or chick peas, Ajo colorao – fish stew with mashed potatoes, dried red peppers and cumin, and Migas – made from semolina, served with green peppers, chorizo and other ingredients. There also exists a tradition that all people new to Almeria will love: free tapas with drinks. When you order a beer, wine or soft drink, you receive a plate of tapas for free. 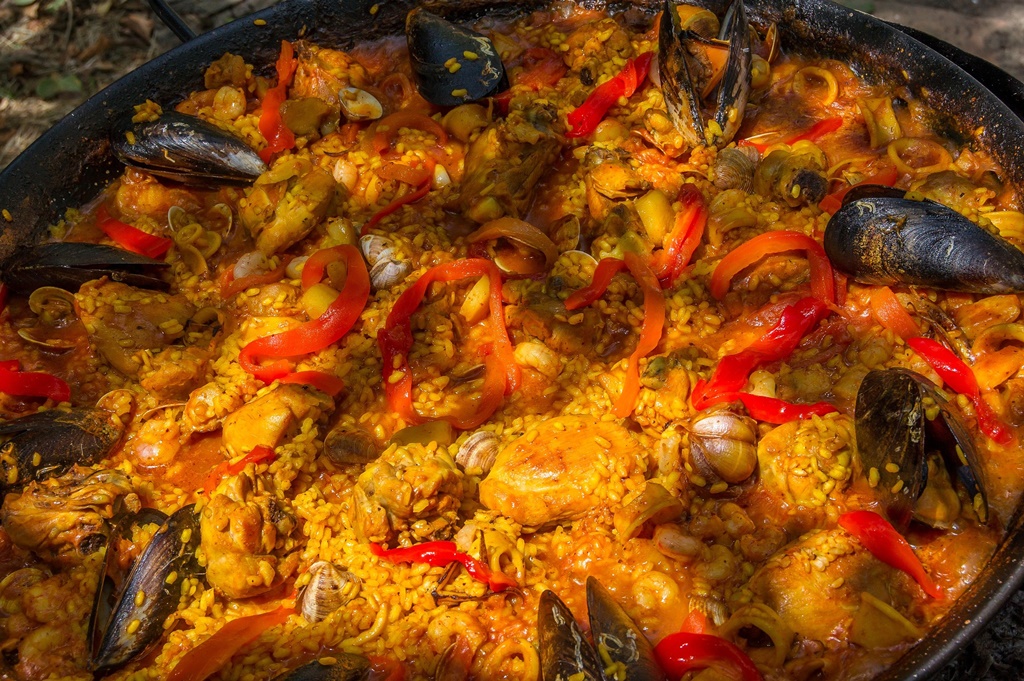 Lively tapas bars are everywhere in Almeria. Bar-hopping is a viable option for a fun night out. The busy bar zone is around Calle Trajano and Plaza Masnou between the Cathedral and Paseo de Almería. Bars where music and dancing are available open late in the evening and close around 4am. Blues Potter and El Quinto Toro are two wildly different but nonetheless fun places to visit.

4) The desert, the film scene and the weather

The Tabernas, a desert in Europe, you read that right! Many famous movies and TV shows mostly of the Western movie genre have been filmed here because of the perfect conditions. Movies like: A Few Dollars More, The Good, The Bad and The Ugly, Cleopatra and Lawrence of Arabia. Stars such as Clint Eastwood, Bridgitte Bardot and Sean Connery have all been to beautiful Almeria. 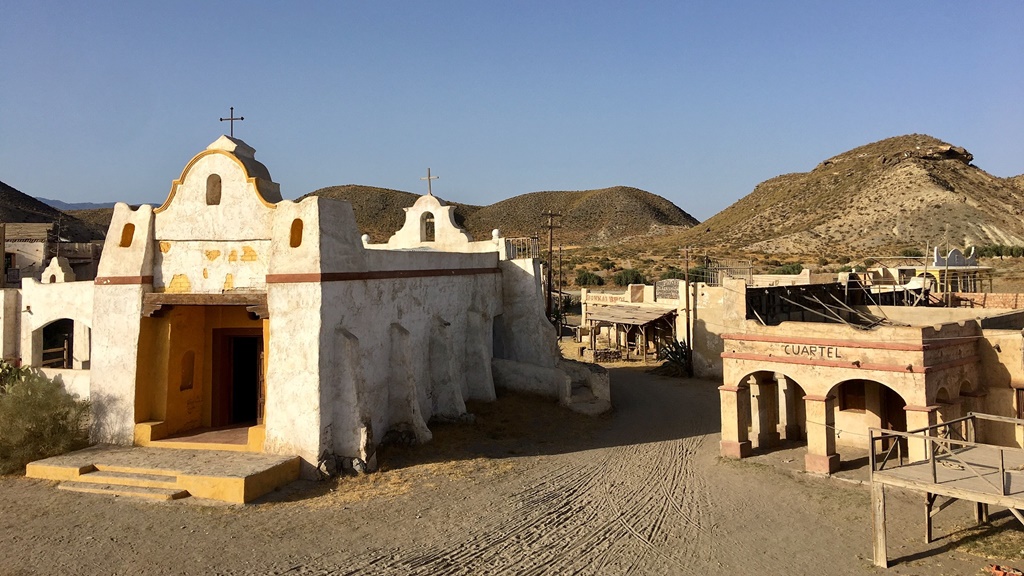 Almeria is chock full of historical architectural and artefacts. Roman, Moorish, Christian, and Spanish cultures intertwined. The Alcazaba fortress, a Moorish citadel built in the 11th century which stands almost unchanged to this day, is one of the most famous attractions of the city. Then there is the Cathedral of Almeria, built on the bones of a mosque which was destroyed in an earthquake in 1522. The Museum of Almeria, the region’s most important museum, is also located in the city, housing artefacts from all the periods of Almeria’s history. That it is an architectural beauty doesn’t hurt either. These are, of course, only the most well-known sites, there is much more to see! 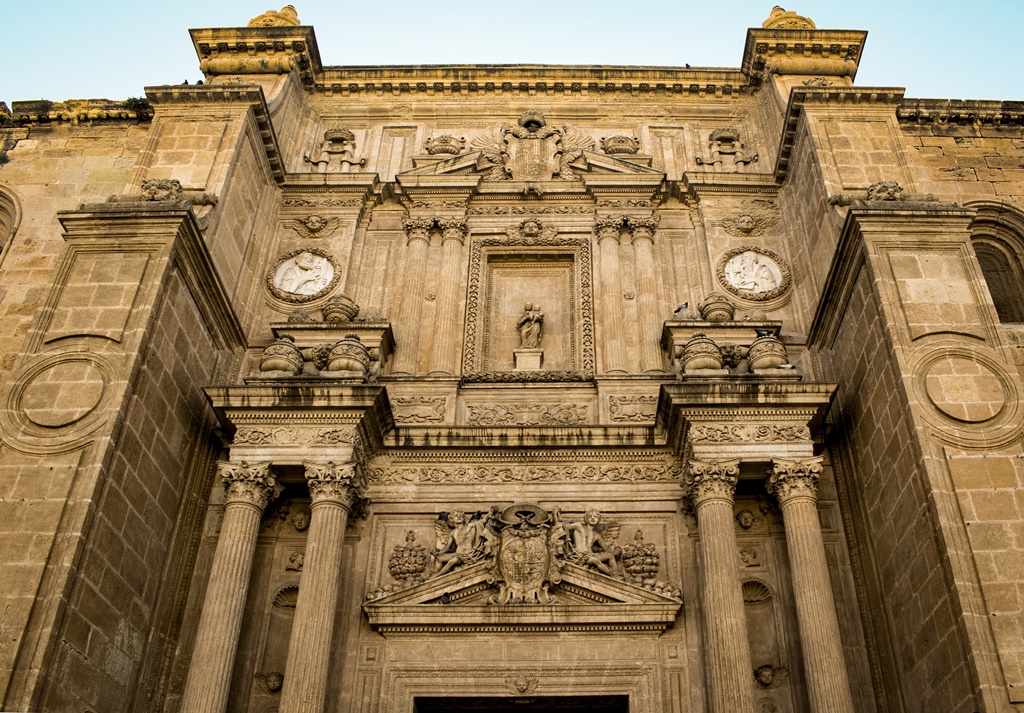 Nature lovers will enjoy this unique destination as it is one of the few places remaining on the Mediterranean coast free of rampant urbanism and mass tourism. This natural park still hides magical sights and forgotten spaces waiting to be explored by intrepid lovers of adventure. Besides endemic flora, fauna and wildlife in the continental part of the Natural Park, there are coves and many different famous beaches on its coast. 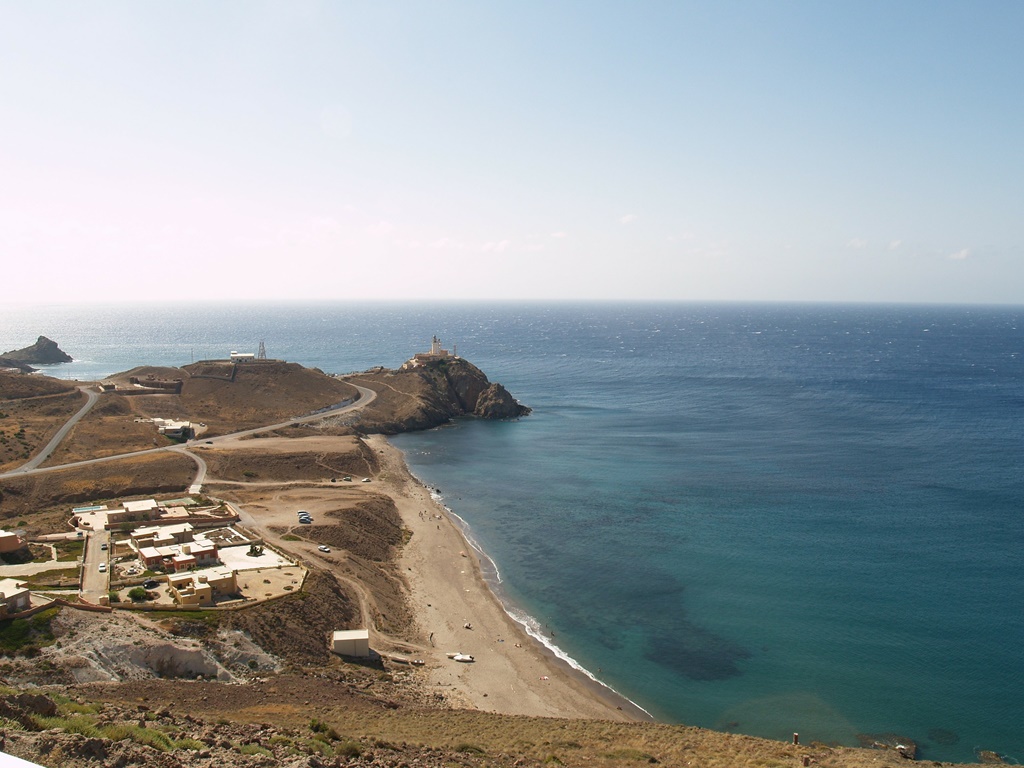 The wider province has as many as seven mountain ranges with stunning nature. The Almanzora Valley is full of olive and fruit groves, charming towns, and lush, untamed nature. This destination is for those who are looking for something other than beaches, as beautiful and fun as they can be. There is plenty to see in the rural parts of the country as well! 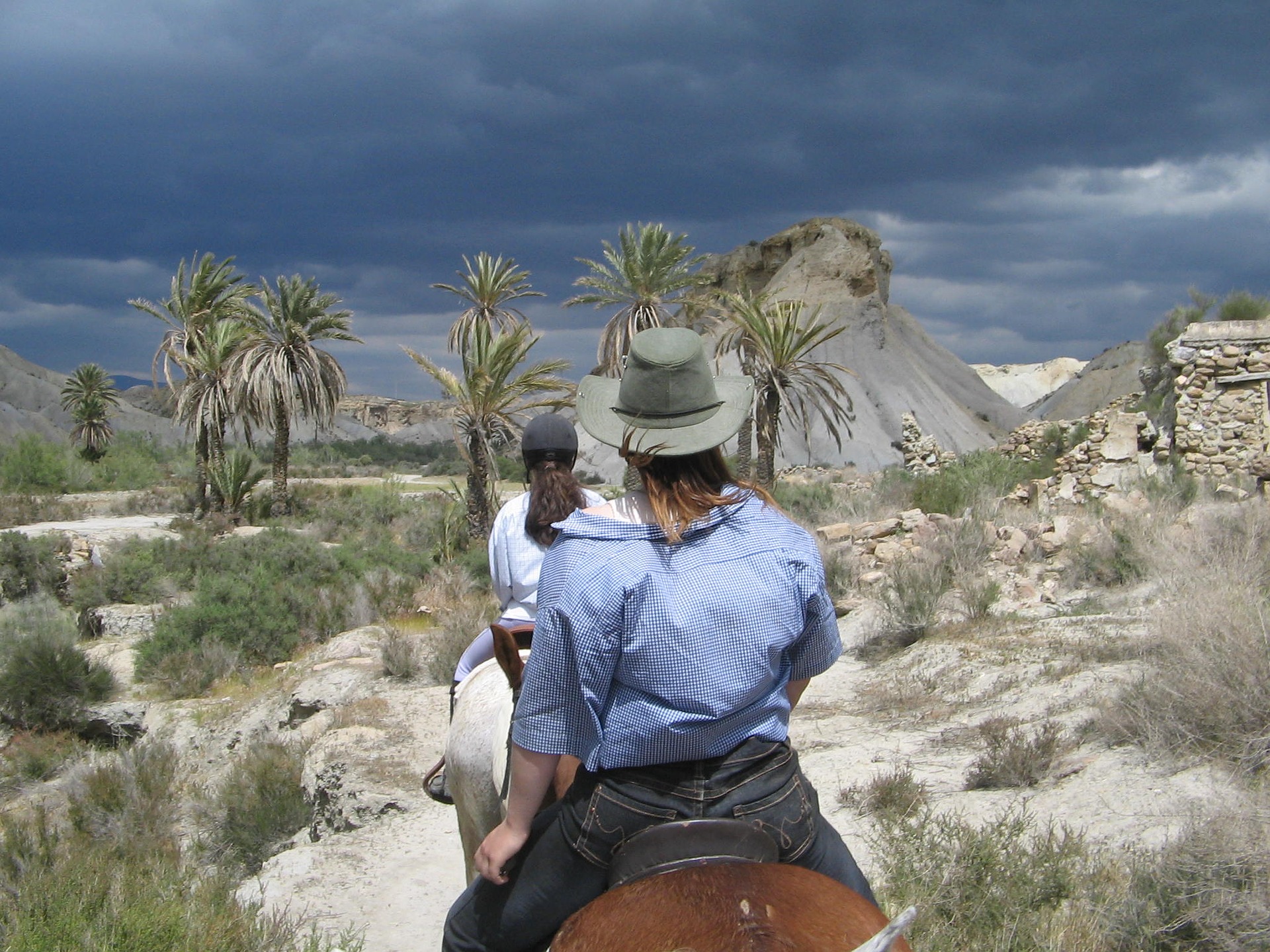