Magic Zakynthos, or as Italians know it, Zante, has become a major tourist destination over the past few years. Not only the breathtaking shoreline is what attracts people to this Greek gem. Once you leave the long, sandy beaches and set off to explore the rest of the island, you’ll discover the perfect nature and traditional rural villages. If you’re looking for a summer destination, check out why Zakynthos is the place to go!

Find these magnificent attraction at the north part of the island, underneath Cape Skinari. The Blue Caves are one of the most popular and advertised sites of Zakynthos and you can visit them by boat or with one of the many organized tours. Their name is due to the particular reflections of the water, as different shades of blue mix on the white walls of the coves. If you’re up for adventure, between Agios Nikolaos and Skinari Cape there is an accessible mill from which you can come down a hundred steps to reach the part of coast where the caves are. At the bottom of the steps are some polish rocks, which are a good base to start visiting the caves by swimming and to dive. The boat tours to visit the Blue Caves start from Makris Gialos beach, Agios Nikolaos port and Cape Skinari.

This is probably the first thing that comes to your mind when someone says Zakynthos. The spectacular Navagio beach is the symbol of this island. The incredible white pebble beach and out-of-this-world-turquoise water made Navagio beach one of the most beautiful and most photographed beaches in the world. Known also as the Shipwreck beach, it is only accessible by boat, but it is definitely worth all the trouble. Not many people know the story behind this name: the wreck, a boat named Panagiotis, got stranded in the shallow waters of Naviago. The captain of the ship recently refuted these claims and blames bad weather and mechanical failure for the shipwreck. Either way, the contrast of the rusted, stranded ship against the stunning natural beauty of Navagio has made it a tourist magnet. 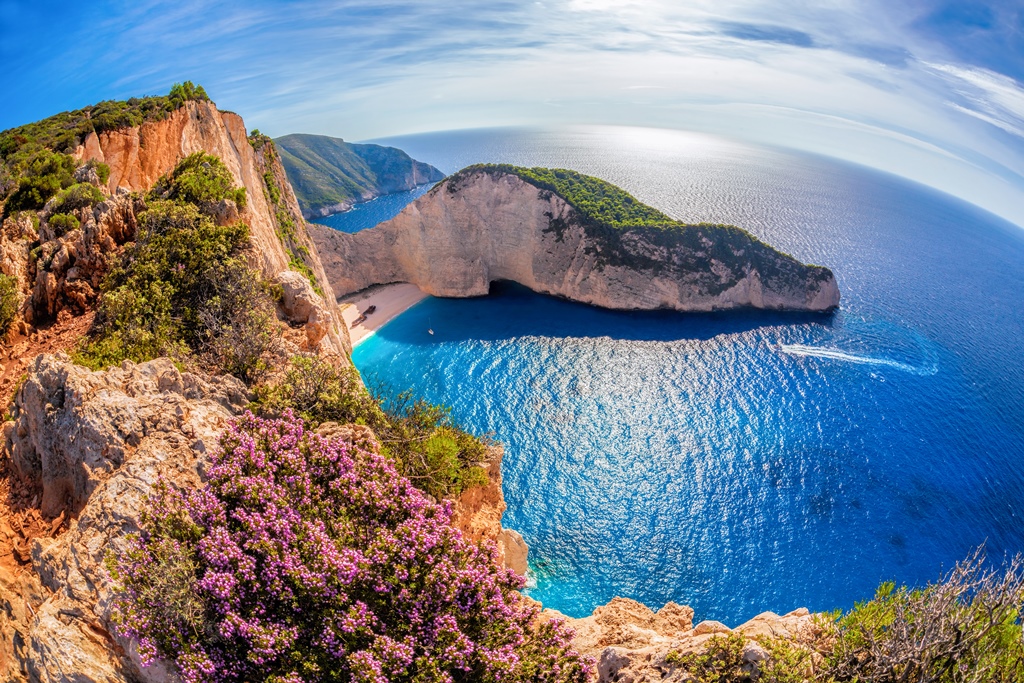 Laganas is the busiest resort in Zakynthos and it’s popular both among youngsters and families. It is located in the southern part of the island and is known as the place where you can see the endangered Caretta-Caretta turtles and enjoy the 9-km-long beach. Laganas is also part of the National Maritime Park of Zakynthos and the island’s hottest clubbing spot. Tsilivi is another gorgeous place on the island with a superb beach, variety of water sports, excellent nightlife and breathtaking scenery. Sunny, lively and splendid – these both places represent all that Zakynthos stands for.

While in Zakynthos, tasting the typical traditional Greek specialties is a must. The local products like honey, olive oil, cheese and yoghurt are basis of every dish. You won’t have any problems finding a tavern with delicacies like stuffed rabbit or the ‘spetsofai’ which are definitely worth tasting and considered by many the tastiest meals on the island. However, if you’re up for something more ‘usual’, try tzatziki, melitzanosalata and other Greek salads. Some of the best places to dine at on the island are: Patari, Akrotiri, Paporo, Casa Grecque, Mama’s Place, Mandarin, Porto Limnionas and Andreas.

Zante Town is the center of the island. The houses and other buildings were rebuilt in the traditional Venetian style after the catastrophic earthquake of 1953. The town offers a variety of activities, from the Byzantine Museum and Solomos Museum with the tombs of Dionysios Solomos and Andreas Kalvos to the magnificent Church of St. Dionysios, the patron saint of Zante, the famous Stranis Hill where Dionysios was inspired to write the national anthem and Bohali, the place with breathtaking views and sunsets across Zakynthos. Also, you can hire bicycles and motorcycles on the Solomon Square, which is the most popular gathering site for locals. 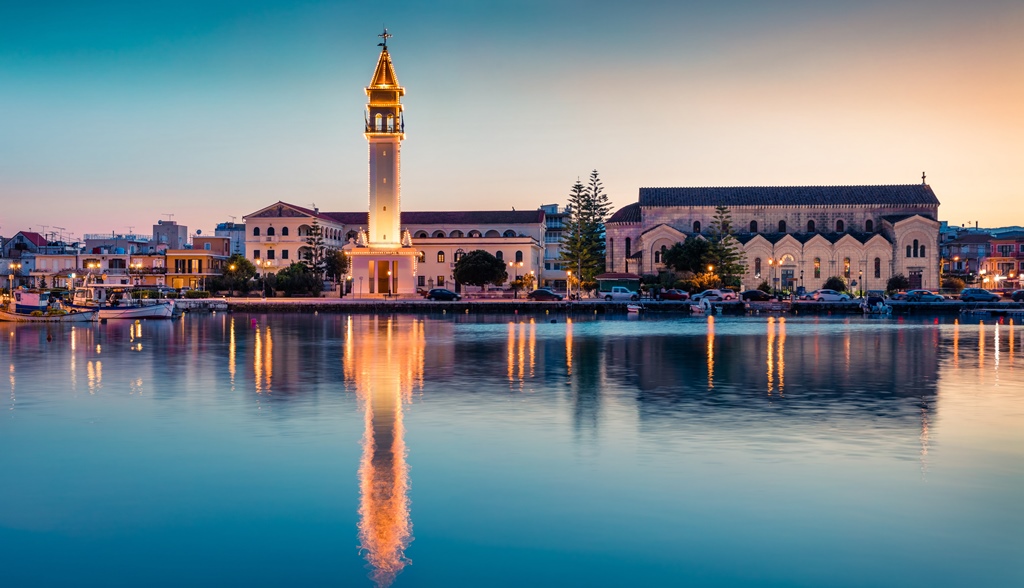