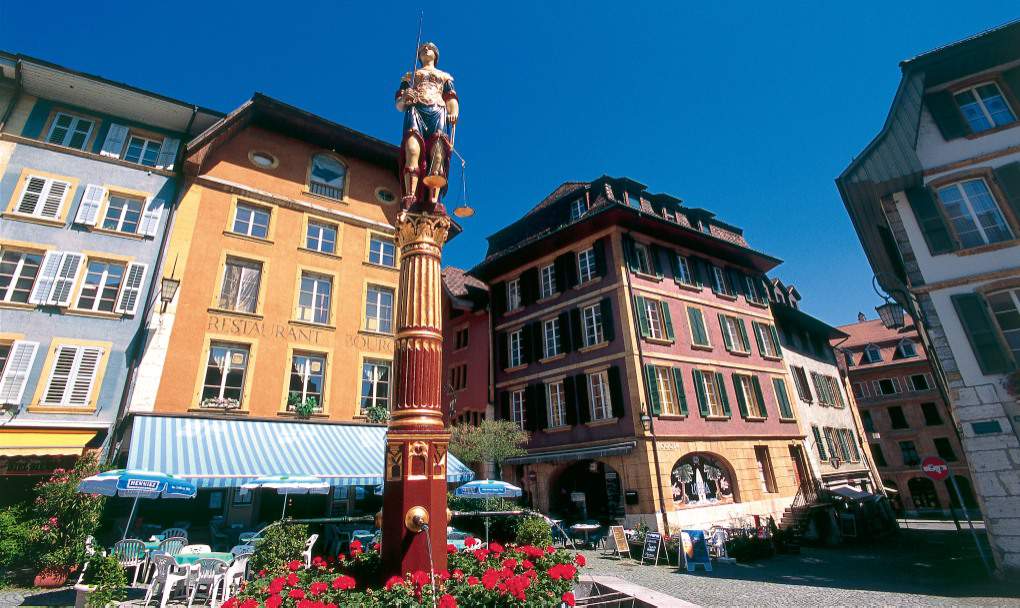 The beautiful city of Bern is the capital city of Switzerland and the fourth most populous city in the country. It is known for its beautiful old town, which became a UNESCO World Heritage Site. Another reason to visit this city is for sure the fact, that it has been ranked among the world’s top ten cities for the best quality of life. So, if you are wondering what makes the quality of life this good in Bern and you wish to visit among others the beautiful medieval old town, but you don’t want to travel by car – that is no problem, as you can do that without any problem by bus.

The local buses in Bern are very well organized. They are run officially by the company “Städtische Verkehrsbetriebe Bern” (SVB), but they are working since 2000 under the designation “Bernmobil”. The Bernmobil offers 5 tram lines, 3 lines for trolley buses and 16 bus lines, which cover the whole city. On their website you can find much useful information, like the so called door- to door service. Just type in from where to where you would like to travel, and the site will offer you the best bus connection your trip. More about that you can find here.

On the website there is also a list of all the local bus stops in Bern, so when you click on the one you need to travel from it shows you the map position of the bus stop and also a schedule for the buses travelling from this particular stop. Here you can see how that looks like.

Tickets for the local buses and trams in Bern:

The tickets for the public transport (tram and buses) of Bernmobil can be bought at the so called Liberoshop or at the ticket machines. If you don’t feel comfortable, or you are a bit unsure how to use the ticket machines, you don’t have to worry at all, as the touch screen system is very easy to use. If you are still not sure, you can contact the Bernmobil Info centre (Address: am Bärenplatz 8) and the friendly employees will show you how to handle the machines. 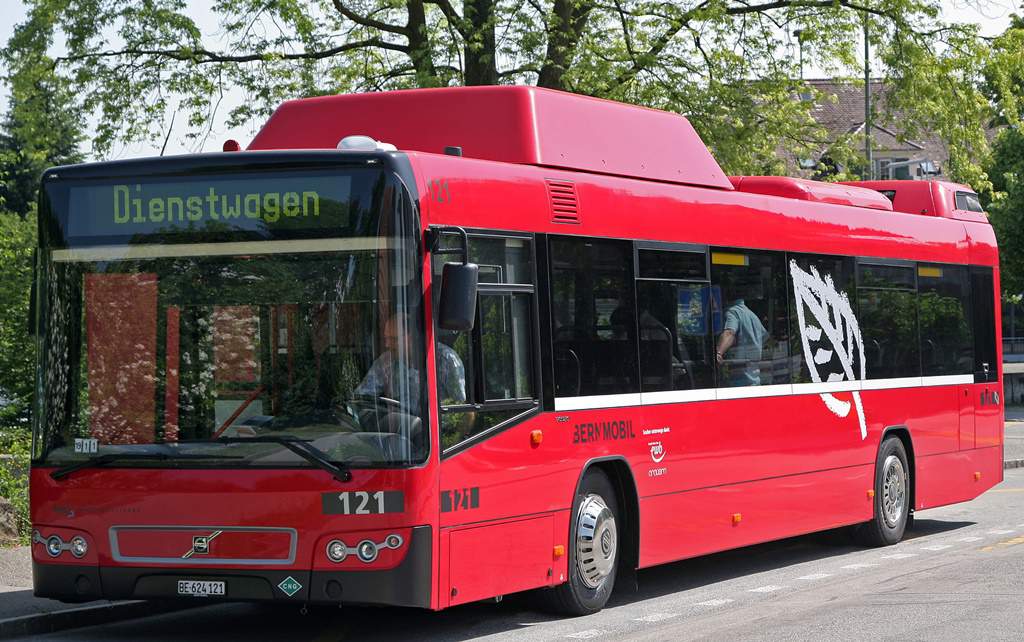 Price of ticket for public transport in Bern

The pricing system for the ticket are divided in to a zone system, prices for any ticket depends on the number of zones it covers. The Liberoshop offers all kind of tickets. You can buy simple one way ticket or, if you intend to travel more on that day, a multi ride ticket, which includes 6 “one way” tickets for the day its purchased. If you don’t know how many times you are going to use the bus or tram on a particular day you should pick the whole day ticket: Additional information e.g. about group ticket can be found here.

The city of Bern is a city with a pretty small center and a sightseeing tour can be done by foot. If you are not up for walking, you can also choose a guided sightseeing tour by bus. The 1-2 hours long bus route can be joined from several bus stops and you can also leave the bus whenever you wish and later jump on the next one (hop on hop off). This is a great way to make sure that you will see all of the most important sights in Bern. As an alternative to the sightseeing bus you also have an option of picking a tour in a carriage. This way you also get to see the sights of Bern and you can enjoy the ride in an old fashioned way. More information about all the sightseeing possibilities in the Swiss capital city can be found here.

National long distance buses from and to Bern:

As it is pretty usual in Switzerland to use the train for an intercity travel and because of the very high quality of the train system in Switzerland, the intercity bus system isn’t very developed or popular. If you still prefer to take the bus, there are always connections between Bern and other Swiss cities, but those are usually foreign bus lines, going to other countries, but they stop in different cities in Switzerland. For more information and the schedules it would be the best to contact the bus station in Bern.

International long distance buses from and to Bern:

When it comes to international long distance buses, the situation is much better. In this case you can find plenty of connections to different European countries. The most popular countries are Germany, Croatia and Bosnia.

If you wish to travel from Bern to Croatia or in the opposite direction, there are plenty of bus lines on this route. The most popular bus connections between Bern and Croatian cities are:

Travelling by bus to cities in Bosnia and Herzegovina is also no problem, as you can find many connections between Bern and Bosnia and visa versa. The most popular routes are listed here:

Some of the mentioned routes are not frequent all the year around. Some of them drive just a certain period of the year (mostly in the summer high season – June, July, August.) Others are running the whole year around but not everyday. So before you plan your trip you might want to check out the international bus schedule from Bern, which you can do here. When you click on the route you would like to travel on, it shows you exactly how many departures you can find, which one is the earliest and the latest departure. You can also find other interesting information, like the direct travel distance and the fastest travel time.

If you wish to travel to a Croatian city which is not listed above, this doesn’t mean that a bus journey is not possible on that route, it might just require a bus change. In such a situation, the best thing is to take a bus from Bern to Zagreb and then continue to your destination. Zagreb is very well connected with almost all Croatian cities.

If you are arriving by plane to Bern and you wish to get to the town centre, you may take a taxi, but since the airport bus is very well organized you might consider using that one. The Airport bus is connecting the airport and the bus and train station in Bern from 5.10 – 21.10. The bus line 334 is driving every 30 min. From the city the first bus is driving to catch the flights at 6.00 in the morning. If you wish to see the map position and the exact terminal of the bus, check here.

As mention above all local bus stops and minor bus station can be found on the website of SVB, the main hub for trams and city buses is located by the main trains station. The main bus station for national and international buses is located at the Carpark Neufeld which is 3 km north of the city centre. you can see bus departures from the terminal in Neufeld here.