It’s time for one of Europe’s favourite capitals, especially among younger generations who go there for a cheap, yet amazing journey. Unlike other many European cities, Warsaw is not centred on an old square, but spread across a wide area with the variety of styles and architectures, like Gothic, steel and modern glass. Excellent museum offer narrates its tragic past in which the city suffered the worst history could throw at it, but it survived. Today the city has a rich gastronomic and entertainment scene, in which you can enjoy at low cost, and that is why the city is becoming more and more popular among tourists each year. If you happen to go there anytime soon, check out our 24-hour guide to know where to go and why!

Getting there: Warsaw is served by two big airports, Modlin and Chopin, both of which have excellent connections to the city so you won’t have much trouble of reaching the city centre.

09:00 – Start your day with a super caloric Polish breakfast. In Poland, breakfast is known as śniadanie , and you can have a taste of an open-face sandwich, or zapiekanka or kanapka made of cold cuts, meat spreads, kiełbasa, cheese, tomatoes and sliced pickles, as well as eggs, sausages, oatmeals,… Have your breakfast in one of city’s most popular places, like Bułkę przez Bibułkę, Café Bristol, 6/12, Kura Domowa, Między Nami or ask a local to recommend you a place to go.

10:00 – Walk your breakfast away strolling through the streets of Warsaw’s Old Town and its beautiful market square. It is the finest and most colorful part of the city, built in the 12th century. It has been playing a very important role in Poland’s history since its foundation. Go there and see the most beautiful houses and palaces in Warsaw and feel local while having a drink at the market square. 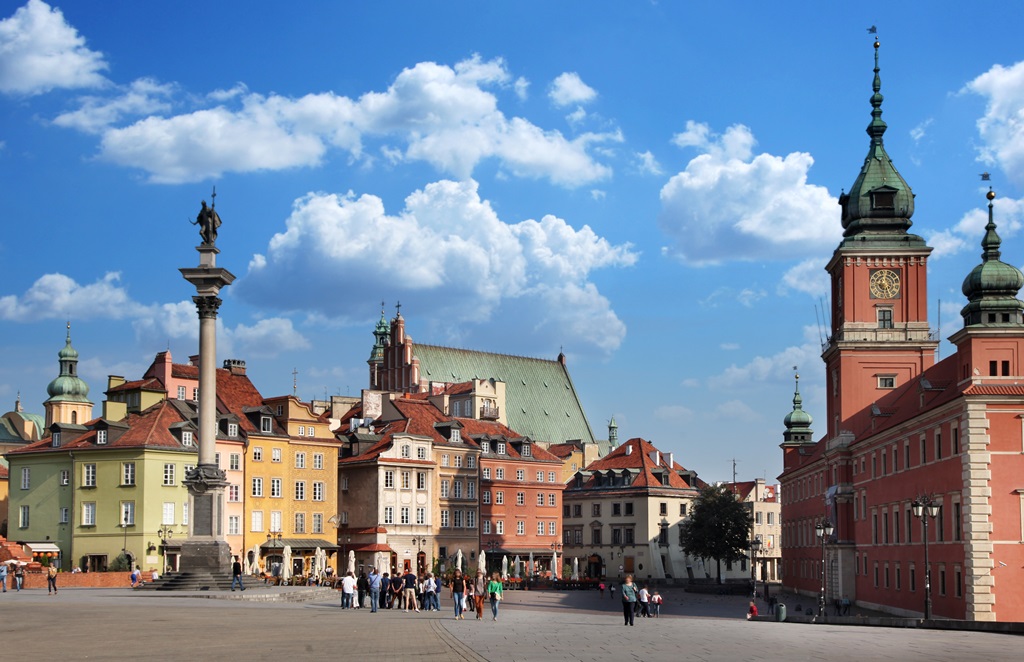 11:00 – The Old Town is the place where you will find some of the city’s best museums, like the Historical Museum Of Warsaw, housing the culture, art, and history of Warsaw, collected for centuries by various cultural organizations and the University of Warsaw, or, a special treat for literature fans among you, the Adam Mickiewicz Museum Of Literature, named after Poland’s greatest writer and poet, Adam Mickiewicz, considered the pioneer and most important artist of the Polish Romanticism.

13:00 – Visit Warsaw’s Royal Castle reconstructed in the 1980s after the World War II bombing, which dominates the Castle Square that marks the entry into the old town. In the period between the 16th and the 18th century it was a royal residence, but since the last century it has been a gallery with the portraits of the Polish kings.

14:00 – To fully dive into Polish spirit and hospitality, we recommend you to have lunch in the Old Town before continuing with your city tour. Polka is a nice restaurant situated in an old Polish home, where you will be served best plates of traditional pork chop coated in breadcrumbs and served with onion and mashed potatoes, and a crispy duck in honey served with pan-fried beetroot or red cabbage. Another recommendation is Bazyliszek with old-fashioned wooden ceiling and the menu comprising traditional Polish cuisine as well as foreign dishes. Kmicic, located on the longest street of Warsaw’s Old Town, the ulica Piwna, offers a variety of meat dishes.

15:00 – After gaining some energy, you are ready for shopping in one of Poland’s most vibrant shopping zones, ulica Nowy Swiat (New World Street). It is one of the main historic thoroughfares of Warsaw, comprising part of the Royal Route that runs from Warsaw’s Royal Castle and Old Town, towards south to King John III Sobieski’s 17th-century royal residence at Wilanów. 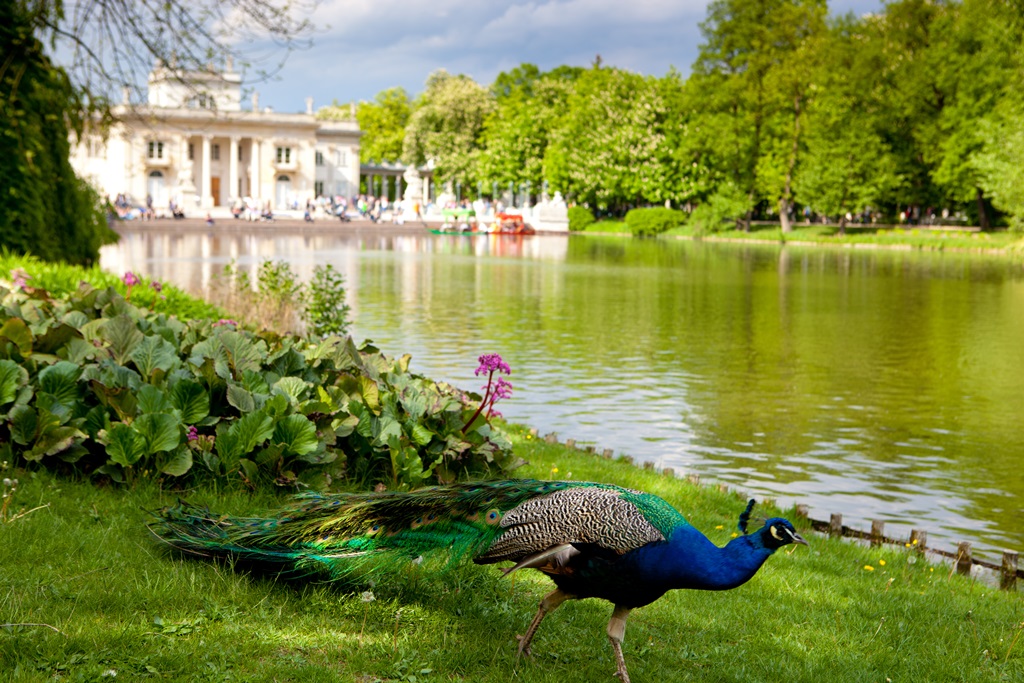 16:30 – Take some time off shopping to meet the city’s turbulent past. The best place to do so is the Warsaw’s Rising Museum, opened in 2004 on the 60th anniversary or the Warsaw Rising against their Nazi oprressors. It presents an excellent set of exhibits regarding the dramatic history of the two-month-long revolt. Admission to the museum is free on Sundays, but in general it costs 5€ (20 PLN).

18:00 – Don’t forget to include Warsaw’s famous landmark of Palace of Culture and Science in your tour. The 231 metre structure that was originally commissioned by Stalin as a gift from the Soviets took inspiration from the capitalist world. Today it is the centre for various companies, public institutions and cultural activities such as concerts, cinemas, theaters, libraries,… The entrance fee is 3.5€ (15 PLN).

20:00 – It is time to take a break from all that history, and to do it with style. A very popular thing in Poland are themed restaurants, so you can encounter blond Polish waiters dressed up in Japanese robes, Scottish kilts and much more, depending on the theme. Dine at the London Steak House, Atelier Amaro, Czerwony Wieprz, Folk Gospoda or wander through the streets and choose one yourself. 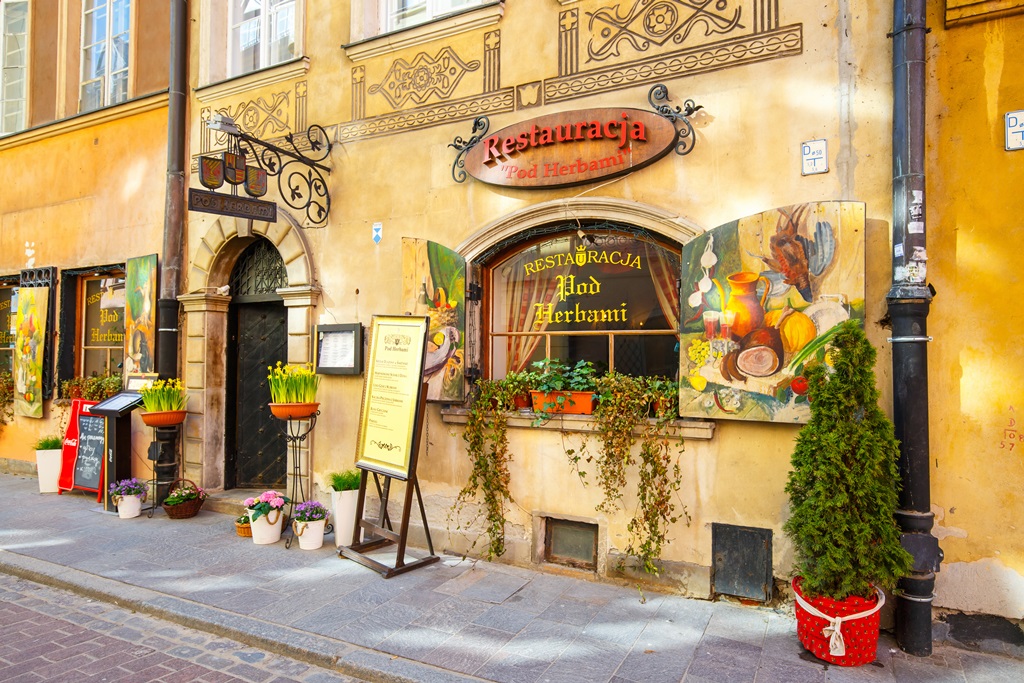 21:30 – When it comes to nightlife, you have plenty of choice. You can start in some of the city’s best bar like Max & Dom Whisky, Podwale, Klar Cocktail Bar and Ritual and continue your night out in one of Europe’s top party destinations. Level 27 is the favourite one among tourists, the music is great and the staff is very friendly, as well as in Club Mirage, Hybrydy and Club Capitol. For those of you who like more quiet atmosphere, check out cinemas and theatres in the city, it is always a good time to watch some show.