Top things to do in Budapest

Budapest, or as many like to call it – ‘Paris of the East’ is undoubtedly getting more and more popular tourist destination no matter what time of year. And not only because it is relatively budget-friendly, but because of its rich history as well. It is really hard not to fall in love with this city, and you’ll see why in our top 7 list of things to do in Budapest.

Danube Promenade is one of the most iconic symbols of Budapest, and it is located between the Chain Bridge and the Elizabeth Bridge. It’s not like any other promenade, it has a touching memorial to Jewish victims from WWII – iron shoes. Moreover, you will find many luxury hotels and cafés where you can sip your coffee while enjoying the most spectacular view. Many would agree that Danube Promenade gives the best panorama of Buda (the other side of the city), including most important bridges. The Promenade is also very much known for its wonderful sculptures, such as Shakespeare’s carvings, Little Princess statue and many famous Hungarians like the poet Attila József.

How to get to Danube Promenade: 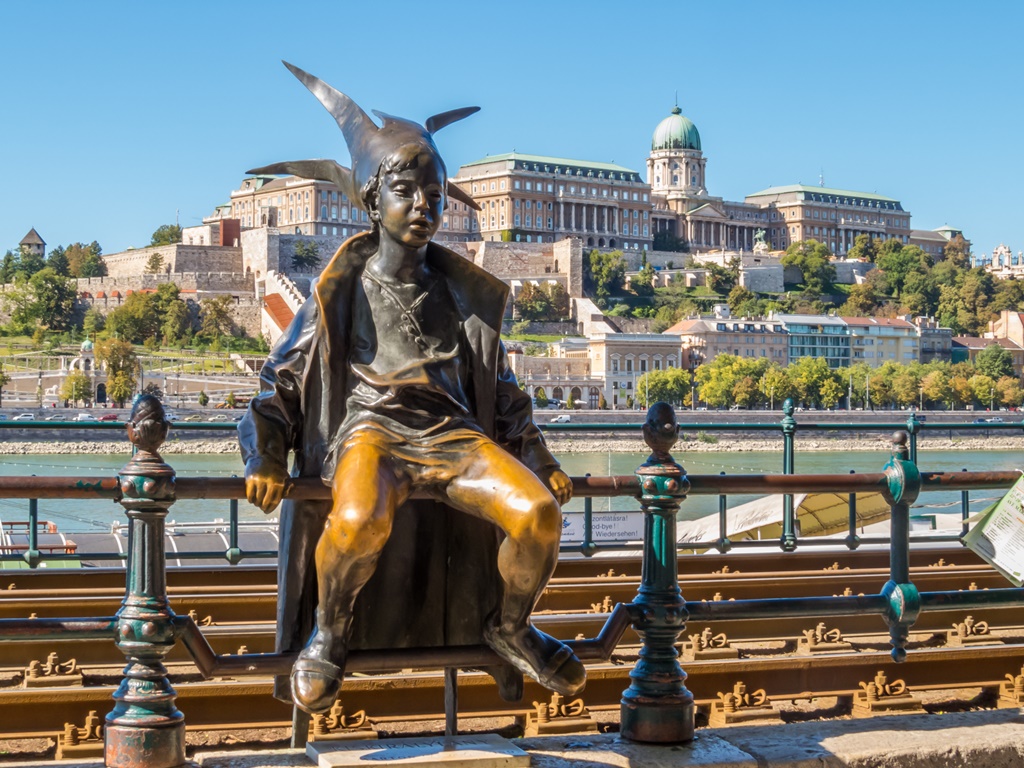 One of the most extravagant and majestic buildings in Budapest is definitely the famous Parliament Building, or as Hungarians call it, Országház. It was designed by Imre Steindl and finished in 1904. The building has almost 700 rooms but visitors have access to the North Wing of the building. The external part of the building is a mixture of several architectural styles – neogothic, neoromanesque and neobaroque – and that’s what makes it so special. Visitors are offered tours in 8 different languages in less than an hour. Tickets are of a reasonable price, 8€ so don’t hesitate to visit this architectural masterpiece. However, bear in mind that during season (like in all other major cities) queues can be dreadful so be clever and book your ticket online.

How to get to the Parliament Building: 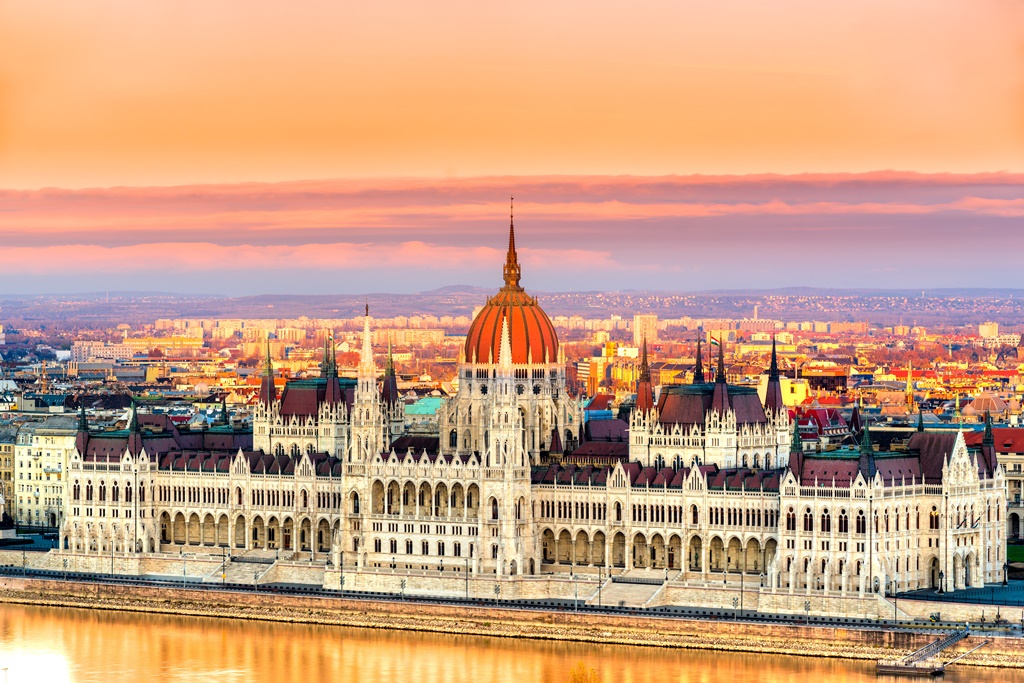 Let’s stick with the Pest-side of the city for awhile and visit the House of Terror. Though it sounds scary, it is actually a museum dedicated to the victims of the fascist and communist regimes of the last century. In some ways it is a bit scary because some victims were killed in that building. Today it is very popular among curious tourists who want to know more about the background of WWII and over 1000 people every day visit this unusual museum. Some parts of the museum are particularly dedicated to Jewish victims who were banished – the numbers say there were more than 700 000 of them.

How to get to the House of Terror:

Now this is a treat for all foodie travellers and for those who generally like to try traditional specialties of the country they’re visiting. Nagyvásárcsarnok is the biggest and the oldest open food market in Budapest. The market has three floors so you could imagine the amount of fresh vegetables, fruits and all kinds of other food offered there. On the ground level you will find mostly butchers selling all sorts of sausages, but the most popular ones are hurka and kolbász. If you’re looking for a souvenir or a gift for your family or friends, certainly don’t skip on buying a bottle of famous dessert wine Tokaji and delicious chocolate bar Túró Rudi for yourself.

How to get to Nagyvásárcsarnok: 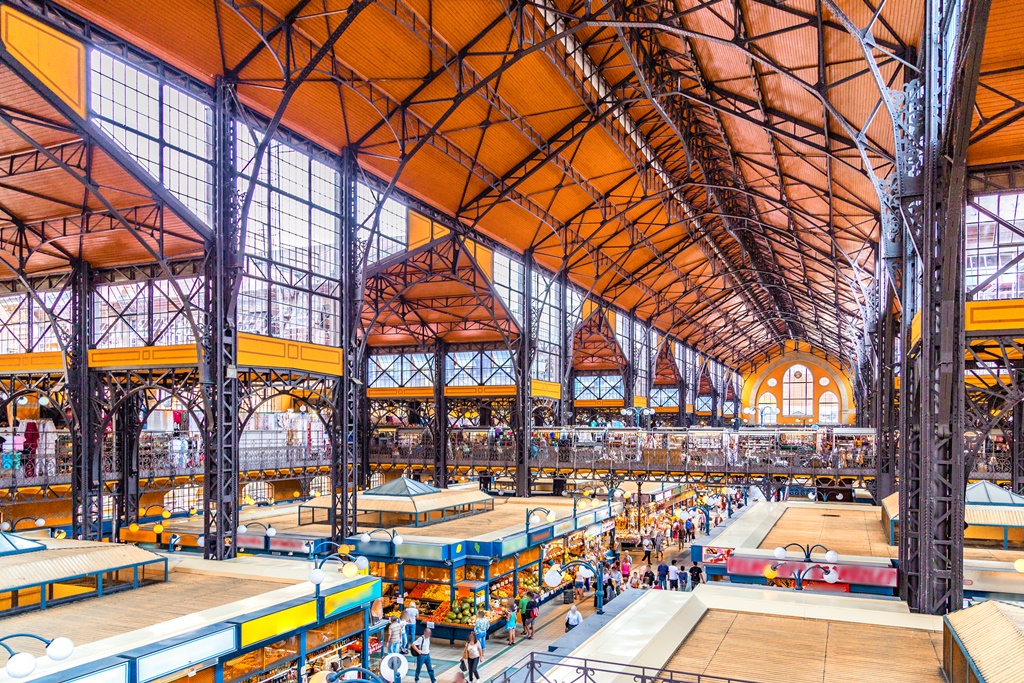 In the very heart of Pest-side is located one of the symbols of Budapest – the Heroes’ square which lies at the end of Andrássy Avenue right before the City Park. It is known as the most important spot for gathering not only among tourist, but locals as well. The Square is surrounded by Museum of Fine Arts on the left and Hall of Art on the right. What was once favourite hunting ground of noblemen, today is the greatest park in the city, ideal for picnics on sunny days not just for families with children, but for people of all ages. If you have extra time, visit Vajdahunyad Castle by the lake in the park. You can even climb the tower for a spectacular view of the whole park and Gellért Hill. And you’ll only have to pay 4.50€ (2.50€ for children and students) for it, which is pretty cheap for such a beautiful landmark.

How to get to Heroes’ Square and City Park:

Though it may seem to you as some kind of place for kid’s entertainment, it is actually quite the opposite. Located at the beginning of Andrassy Avenue, the Miniversum Museum is a popular museum featuring miniatures of sights and landmarks of Budapest and Hungary in general. Most miniatures have interactive screens which give you the possibility to learn a bit about the background of each landmark. The miniatures are so detailed and precise that you can even see tiny people in different scenes (like driving cars or selling fruits on the market). The youngest visitors also have free playhouse at their disposal while those older can take a break at a coffee shop.

How to get to Miniversum: 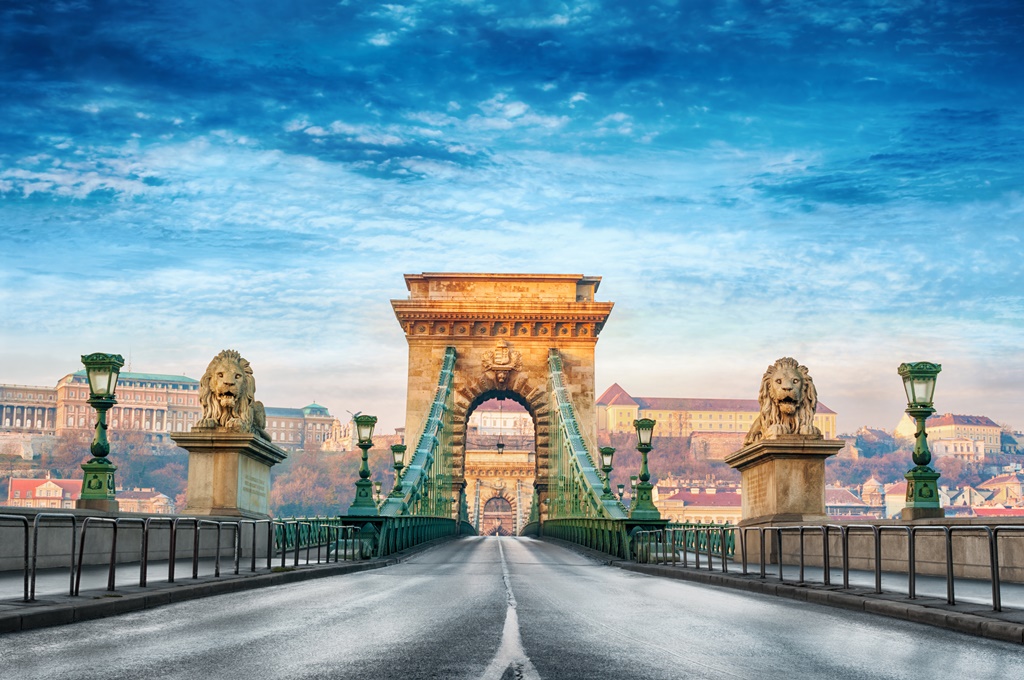 We’re sure there are some among you who never even thought about the possibility that there is actually an island in Budapest. Well there are two, in fact, but we chose Margaret Island as the one you should definitely visit. Located between the two bridges, Margaret Island is yet another green park with no buildings apart from a few hotels. There is something for everyone – swimming pool, the Palatinus water park, running track, zoo, the music fountain and much more. But Japanese Garden is certainly something breathtaking, almost like from a fairytale, so make sure you don’t miss it out.

How to get to Margaret Island:

If you are flying to Budapest, but you don’t know how to reach the city centre – don’t worry. Here you can see all possible means of transportation from and to the Budapest Airport.