The second biggest international airport of Rome, Ciampino, is also known under the name of ‘G. B. Pastine’. It is located 12 km southeast of the Italian capital. In 2017 it recorded traffic of almost 6 000 000 passengers.

How to get from Rome Ciampino Airport to Rome

Although it is a smaller airport, it has good connections with Rome city center, more specifically with the Rome Termini station, right next to the worldwide famous Colloseum. Among public transportation, you can choose between train, regular bus or a shuttle bus.

Shuttle bus company SIT bus provides a regular daily connection between Rome Ciampino Airport and Rome Termini train station. The journey usually takes between 35 and 55 minutes, depending on traffic. Tickets can be bought on board or online:

In addition to shuttle buses, passengers can also use a public city bus operated by the city’s ATAC company. Two lines connect Ciampino Airport to Rome: lines 520 and 720.

There is a train station at Ciampino, it is just not directly at the airport. To get there you ought to take one of the Cotral/Schiaffini buses from the airport which depart every 30 minutes and a single ticket costs 1,00 € per direction. The drive takes only 5 minutes and, once on the train station, take the train to the Termini station for a ticket of 1,50 €. You will be there in 15 minutes.

Official Rome taxis connect the airport to Rome for the fixed fare of 30,00 €. To avoid bad surprises, immediately recommend the driver you are aware of the fixed price, which is valid for up to 4 people and luggage.

Another way to travel to Rome is with a private, door-to-door transfer from Ciampino Airport to your accommodation in the city.

You can also pre-book a transfer to almost any city in Italy from Airport Ciampino that you would like to visit for a hassle-free experience.

You will find a list of the most popular transfer routes from Ciampino Airport below where you can pre-book your private transfer and pay on arrival.

If you prefer reaching and exploring the city by yourself, you should rent a car online or do it on the spot: most of the car-rental companies are situated in the south area of the airport.

How to get from Ciampino airport to Fiumicino Airport

In case you need a transfer between these two airports, take a taxi which will cost you around 80.00 € for a 50-minute trip (up to 4 people).

If you prefer public transport, first go from Ciampino Airport to Termini Station in Rome, and from there by bus to Fiumicino Airport. 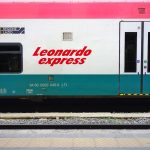 How to get from the airport to Civitavecchia Cruise Port

Civitavecchia is a medium-size town about 80 km northwest of Rome and a major ferry port as well as cruise ship port.

Since there are no direct lines between the port and the airport, using public transportation you can reach the port in two steps: first take the shuttle, local bus, or train from CIA to Termini station and then take the direct train to Civitavecchia.

It will take you approximately 2-3 hours for the entire journey and it should not cost more than 10,00 € for the whole trip.

You can buy your ticket directly on Getbybus:

Airlines at the airport

Currently, the airport is served by two airlines – Ryanair and Wizzair.
Some of the most popular routes are to and from Bucarest, Dublin, Sofia and other Central European or Eastern European destinations.

The airport provides for its passengers a range of services and amenities which are listed below.

Are you looking for a place to stay in the vicinity? Have no fear, check out this map of available accommodation units and hotels.

No, there are many bus and train lines running until midnight, but in case you miss all of them, you can take a cab for a reasonable price of 30,00 € (it is a fixed fare, don’t let yourself get robbed).

I would like to spend one day in Rome in between flights. Is that possible?

Yes, of course. The best way to do so is to take the bus or train which take you directly from the airport to the city centre and is the most convenient way of transportation. Also, if you don’t feel like dragging your luggage around, unfortunately you cannot leave it at the airport since there is no luggage storage, but there is one at the Termini station which can serve you.

I am continuing my journey outside Rome. Are there any direct lines from the airport to other cities?

Yes, you can check the most popular routes from Ciampino Airport in the text above.