It is not a secret that Croatia gained extreme popularity over the past decade – and lot of that popularity owes it to the Game of Thrones series. For the first five seasons the major part of King’s Landing, Qarth, Meereen and Bravoos scenes were shot in Croatia. Relive some of your favourite scenes and follow our plan for the Game of Thrones filming locations in Croatia Tour!

As you might have assumed, we decided to start our Game of Thrones tour in King’s Landing. Dubrovnik is probably the most important on our list since it served as filming location for the capital of Seven Kingdoms for 5 seasons. The Old Town of Dubrovnik was truly a great base for the series, especially the outer walls of the city and many narrow streets in the very core of the town. Where to start? Well, you for sure don’t want to miss to visit Fort Lovrijenac which doubled as Red Keep, the residence of the King of the Andals and the First Men. Many famous scenes were filmed there –  in the first episode of the season 2, the king Joffrey’s name day was celebrated in Red Keep and when Cersei talks with Littlefinger about Arya’s escape from King’s Landing. Some of the other known locations in Dubrovnik are Pile Gate, City Walls and Minceta Tower which doubled as the House of Undying in the season 2.

How to reach Dubrovnik: 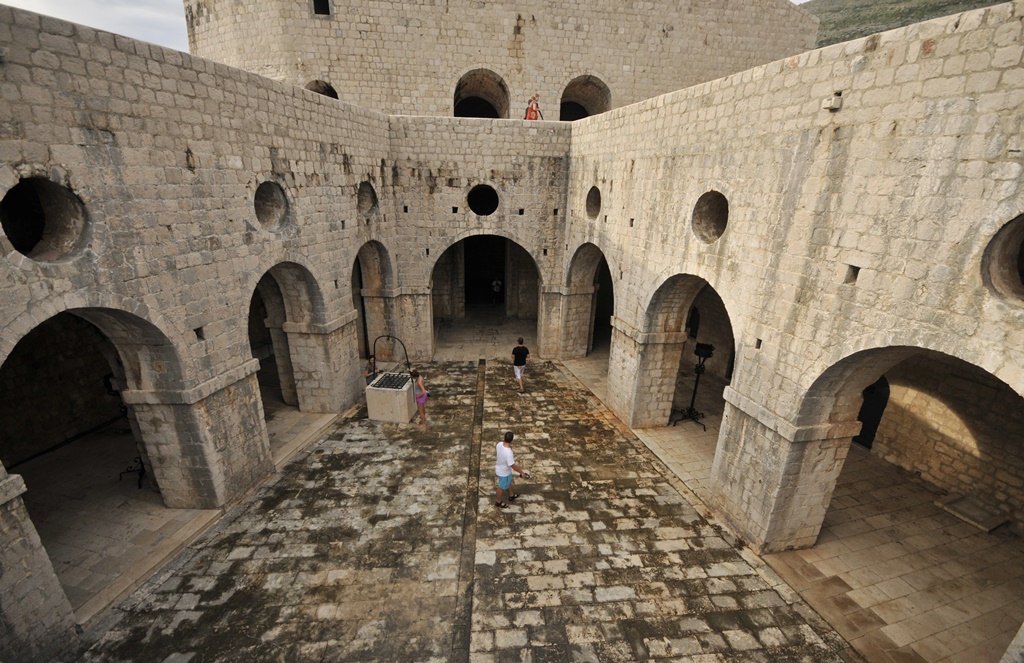 Although small in size, Lokrum is a wonderful island not far from Dubrovnik. Lokrum doubled as the trading city of Qarth which we can see in the scene where Daenerys meets warlock in the Qarth’s gardens which happen to be gardens of old benedictine monastery from 12th century. A special treat for the fans is Centre for visitors inside the monastery which has an exhibition dedicated to the Game of Thrones, with original replica of the Iron Throne.

How to reach Lokrum: 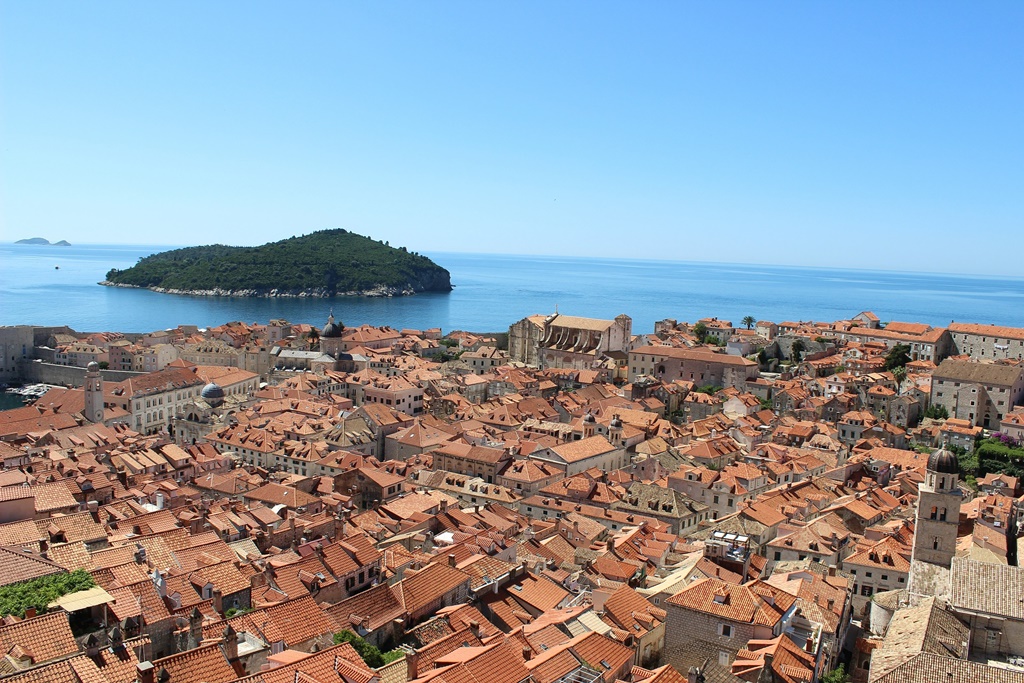 You thought King’s Landing scenes were shot only in Dubrovnik? If you remember deep talks between Sansa, Margaery and Lady Olenna, then you should immediately picture the beautiful Trsteno Arboretum. This botanical garden is situated only 20 min car drive north-west of Dubrovnik and it has doubled as the tree garden of King’s Landing. The entrance fee is around 50 kn and it takes maybe an hour, hour and half to explore the entire garden. Fun fact: Trsteno is one of the oldest arboreta* in this part of Europe. It was built in the 15th century and its aqueduct is still in use.

How to reach Trsteno:

After visiting King’s Landing and Qarth we’re heading north to the beautiful city of Split. All the scenes filmed here were filmed inside the Diocletian’s Palace, a UNESCO World Heritage site. Probably the most remembered scene is Daenarys in her throne room where she trained dragons. You can see the throne room in The Diocletian Palace Substructures, popularly known as ‘the basements’. For a souvenir visit special Game of Thrones shop in Nepotova street where you can buy shirts, dragon’s eggs, figurines and even take a photo on a huge dragon!

Only 10 kilometres from Split is located Klis which doubled as the largest of three Slaver Cities, Meereen. This is truly a spectacular location because it gives a spectacular panoramic view of the entire city of Split and its suburbs.

How to reach Split and Klis: 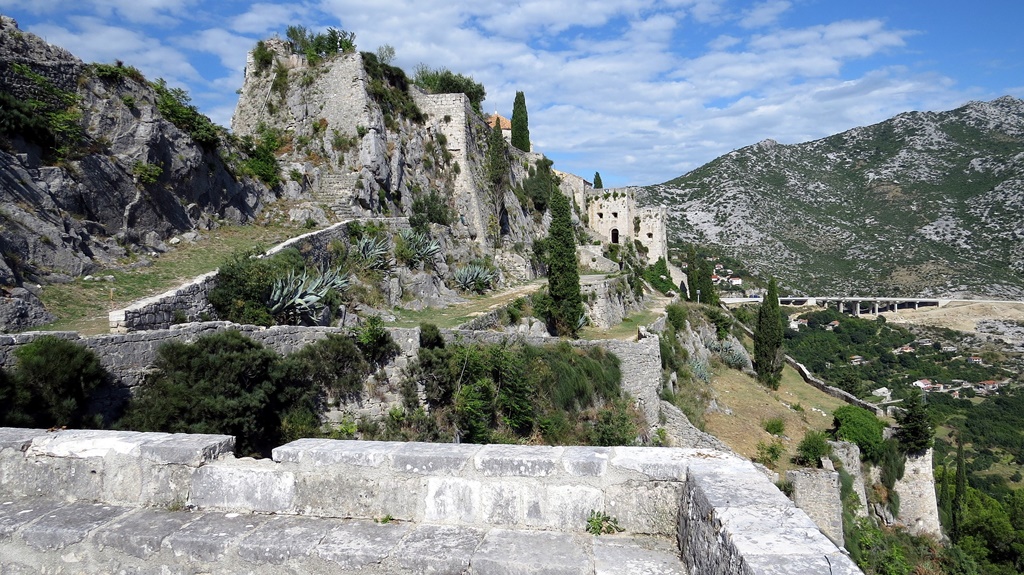 Entrance to the City of Meereen

15-minute ride southeast of Split and you’ll find another two iconic shooting locations – abandoned Lavcevic quarry and famous Antonicin mill in Zrnovnica. The quarry served as a location for the scene where Daenarys comes to Meereen with the Army of Unsullied. After that, she gives a speech to the people of the Meereen how she is going to set them free from the slavery. Fun fact – the scene with Daenerys was shot in Zrnovnica, however, the scenes showing the slaves of Meereen were shot in Klis. The old stone Antonicin mlin mill is locally known as a grill-restaurant set in a lovely garden. But when it comes to Game of Thrones, the mill garden was the place where Missandei goes skinny-dipping in season four, secretly watched by Grey Worm.

This 16th-century fortified monastery was presented to the viewers in season five. Arya escaped from the Hound and left for Bravoos to find Jaqen H’gaar, one of the Faceless Men of Braavos. Once she arrived at the mercantile city-state, the training to become “no one” began. When she was ready enough, she got her first task to pose as a shellfish merchant to study a target. The memorable scene where Arya sells shellfish was shot in Kastel Gomilica. Anyone up for some oysters, clams and cockles?

How to reach Kastilac Fort: 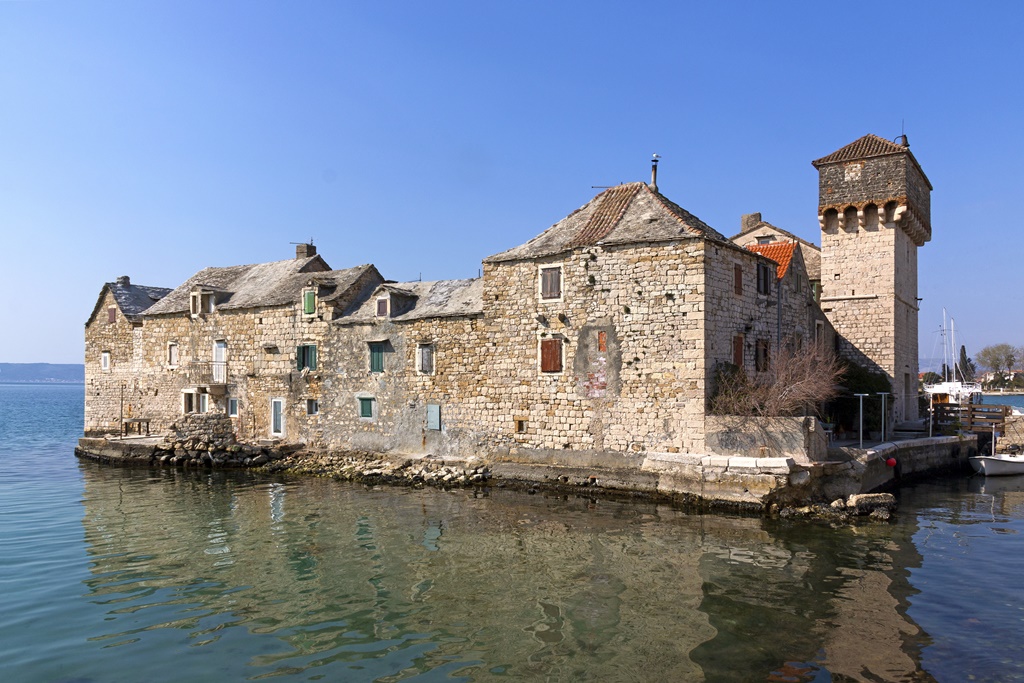 Similar to Dubrovnik and Split, Trogir’s Old Town was yet another perfect filming location for the Game of Thrones. To be precise, Trogir doubled as the trading harbour of Qarth where the warlocks of Qarth had imprisoned Khaleesi’s dragons in the season 2. Also don’t miss to visit beautiful St. Dominic’s monastery which also served as a filming location for some of the scenes.

How to reach Trogir: 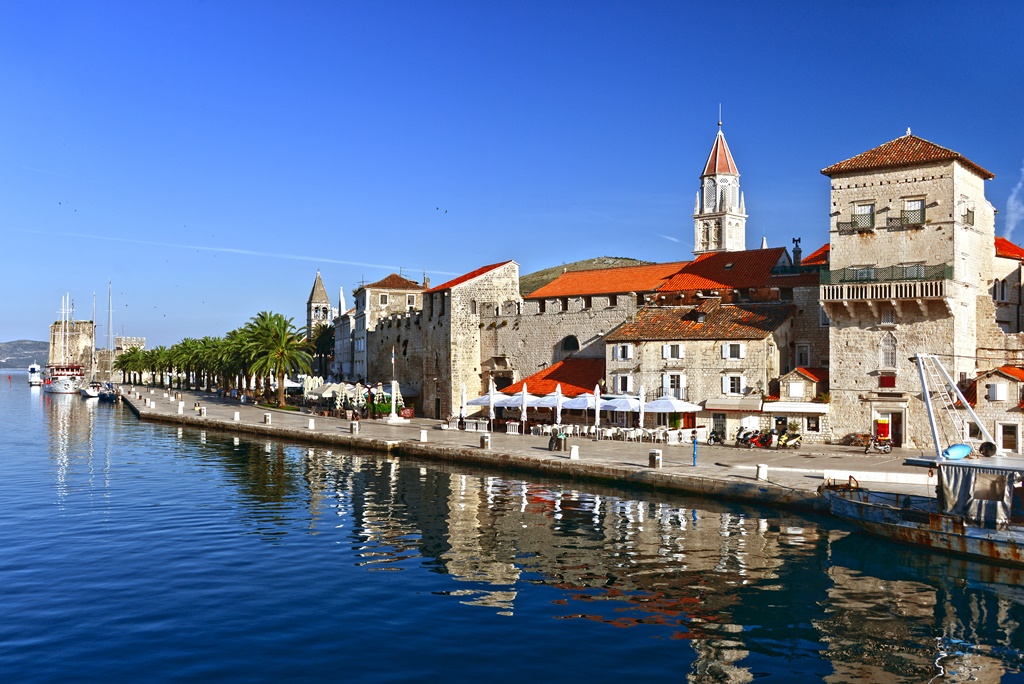 This Renaissance Croatian city was introduced in season 5 when the producers of the series decided to use it as a double for the city of Braavos. An interesting fact for the fans is that Bravoosi are skilled sailors and swordsmen just like the people of Sibenik, which surely added to the authenticity of the filming location. Thus, relive the scene in which Arya Stark follows Bravoosi on the square in front of the St. James Cathedral. The small fisherman’s port, Mandroc, doubled as the port of Bravoos which can be seen in the second episode when Arya Stark is entering by boat the mercantile city-state.

How to reach Sibenik: 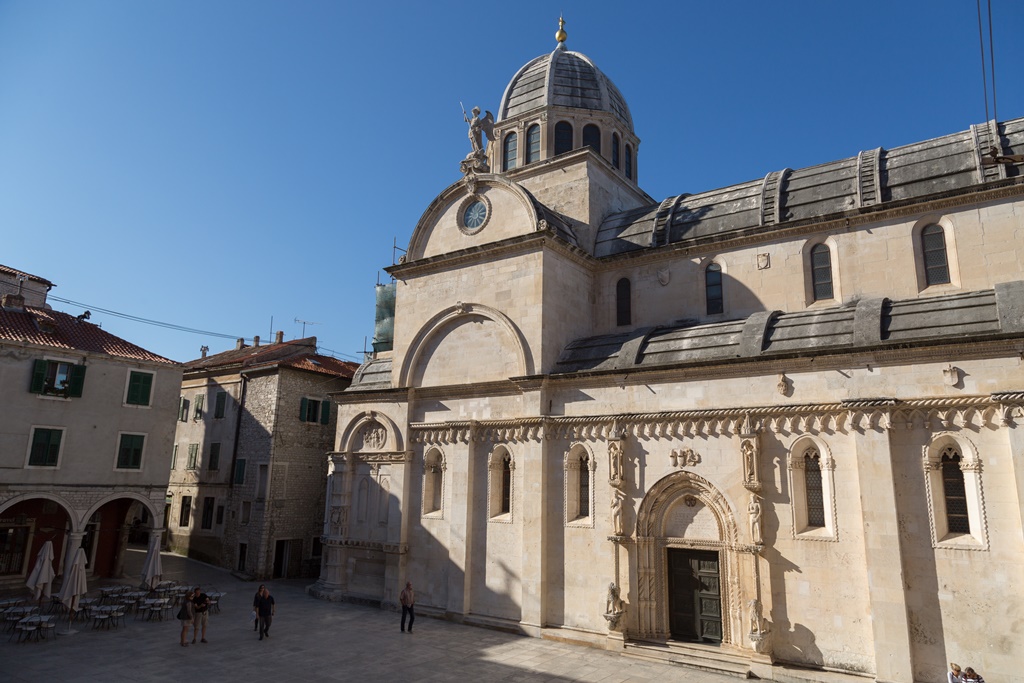