Nestled in Central Europe, the Czech Republic has been a popular travel destination for some time now. The stunning Medieval towns, castles, churches and gardens transform this country into a Gothic fairy tale. Its long history, twelve UNESCO World Heritage Sites, interesting culture and great people make Czech Republic a place worth experiencing. If you wish to go on an adventure, listen to interesting legends while drinking good Czech beer, then follow our guide to get the most out of your round trip!

This cradle of Czech culture, and one of the top destinations in Europe in the past few years is also called the City of a Hundred Spires, the Golden City and the Heart of Europe. No wonder, because the mix of Gothic, Renaissance, Baroque, Classical, Art Nouveau, Art Deco, Brutalist, and Socialist make this city one of the most photogenic cities in all of Europe. The historical capital of Bohemia situated on the beautiful Vltava River stuns its visitors with many spectacular sights such as the Prague Castle, the famous Charles Bridge decorated with 30 statues, the Old Town Square and Astronomical Clock. Another must see is the Jewish Quarter, once regarded as a slum but today the Quarter amazes visitors with its Art Nouveau buildings, the Jewish Museum, many synagogues and the Jewish Cemetery.

Accommodation: Prague has something for everyone, as there are many options to choose from, from high-end hotels to friendly hostels. Here are some options: Little Quarter Hostel, Ahoy! Hostel, Hostel Downtown, Post Hostel Prague, The Grand Mark Prague.

NOTE: Traveling by bus within the Czech Republic is cheaper than travelling by train, therefore there are many lines connecting the cities within and outside the country. 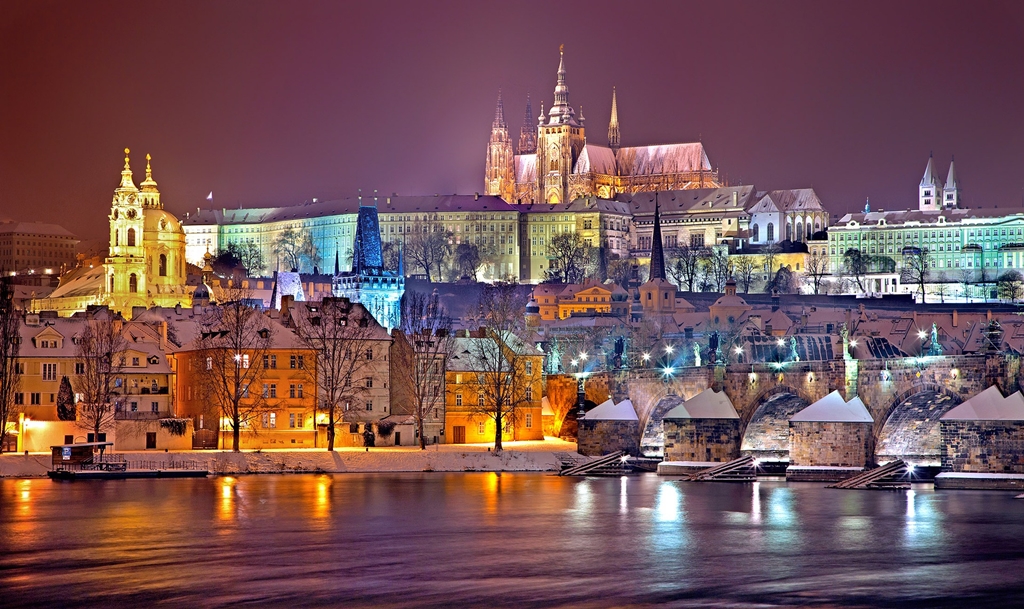 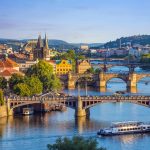 Plzen, also called Pilsen in English, is the fourth most populous city in the Czech Republic and home to the legendary Pilsner Urquell Brewery where Pilsner beer came to be. This industrial, commercial and cultural centre of Bohemia attracts many visitors every year. The most famous sight is the Cathedral of St. Bartholomew whose Tower is the highest tower in Czech Republic. Another attraction you should not miss is the Pilsen Historical Underground, a unique labyrinth of underground corridors that tells the history of the city. Pay a visit to the Brewery Museum or go relax at the Millstream lake. Plzen is also home to one of the biggest synagogues in the world – the Great Synagogue.

Accommodation: Plzeň is smaller than Prague, but finding a place to stay won’t be an issue, as there is a number of hotels, hostels and apartments to choose from. Some of the options are: Euro Hostel, Hostel River, Hostel Bayer, Hotel Victoria.

From Prague to Plzen: 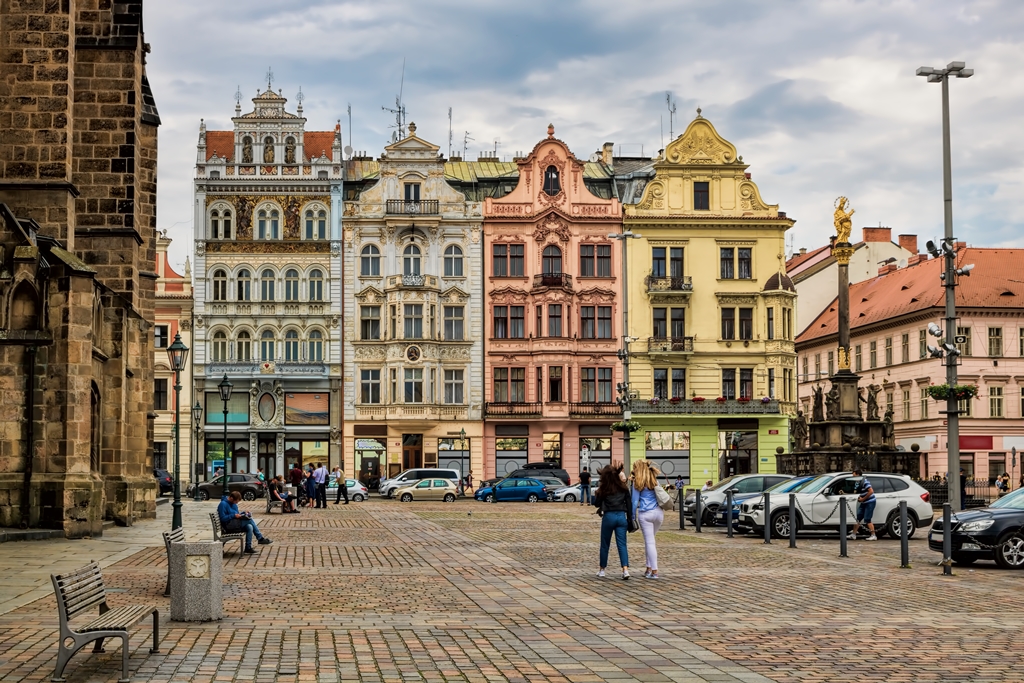 This little Prague, hidden in the South Bohemian region, is the second most popular location in the Czech Republic. This little fairy tale city has many interesting attractions, sights and museums, but the most important sight that dominates the old town is the Český Krumlov Castle. The Historic centre of the city, around the Český Krumlov Castle located above the Vltava River, is one of the UNESCO World Heritage Sites. If you don’t have the energy or the time to fully explore the castle head to the Castle Museum and climb the Tower for an amazing view of the city. Another beautiful building is the Baroque Theatre built in 1682. Dominating the city with its signature neo-Gothic tower is  the Church of St. Vitus, so find some time to check that out.

Accommodation: Češký Krumlov has more options than Plzeň, but most of them are cheaper hotels and boarding houses. Here are some of the places you can choose from: Penzion Vysehrad, Ubytovna Český Krumlov, Penzion Ve Dvorku, Hostel 99, Traveller’s Hostel, Hotel Edward Kelly.

From Plzen to Češký Krumlov:

The largest city in the South Bohemian Region is also known as Budweis in German and English. Just from the name you can already guess – more good beer. Around one of the largest squares in Europe, the Přemysl Otakar II Square, you can see some of the most important attractions like the Town Hall, St. Nicholas Cathedral, the Black Tower, Samson’s Fountain and the distinct yellow-coloured Vcela Palace. Beer has been brewed in Budějovice since the 13th century so pay a visit to the Pivovar Budějovický Budvar to experience the magic. For lessons in history head to the South Bohemian Museum, Museum of the Horse-drawn Railway or visit the Exposition of historical motorcycles.

From Češký Krumlov to České Budějovice 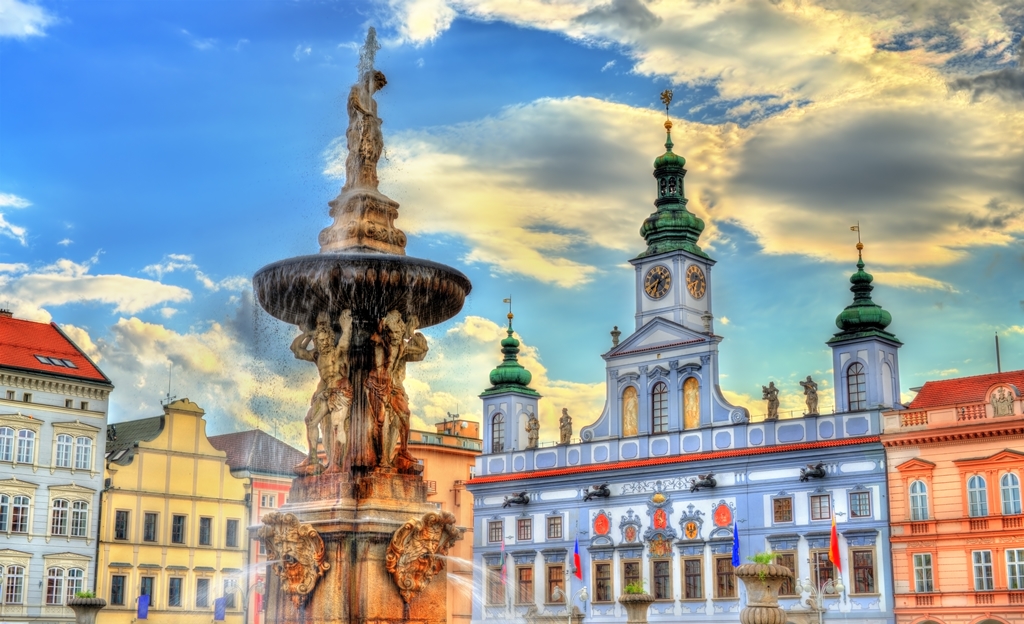 Brno, also called Little Vienna, is the second largest city in the Czech Republic and the historical capital of the Margraviate of Moravia. This popular student city attracts many visitors with its long history, beautiful architecture, many green areas and charming spirit. One of the most important sights is the Špilberk Castle. Built in the 13th century, the castle was home to Moravian margraves and later a fortress. Tugendhat Villa in Brno, built in 1930, is on the UNESCO World Heritage Site list. Glooming over the city, the Cathedral of St. Peter & Paul, is a sight to see, and make sure that you climb the 84-metre-high tower for amazing view. One of the churches you shouldn’t miss is the late Gothic St. James Church with its breathtaking interior. Some other attractions are the Moravian Museum, Old Town Hall and the Brno Philharmonic Orchestra. Those who are not scaredy-cats should check out the Labyrinth under Vegetable Market and the Ossuary at the Church of St James.

Accommodation: As Brno is the second largest city in the Czech Republic, it will be no problem finding a place to stay. Here are some options: Hostel John Galt Brno, Hostel Fleda Brno, Penzion Locanda, Hostel Café Mitte, Hotel Grandezza

From České Budějovice to Brno: 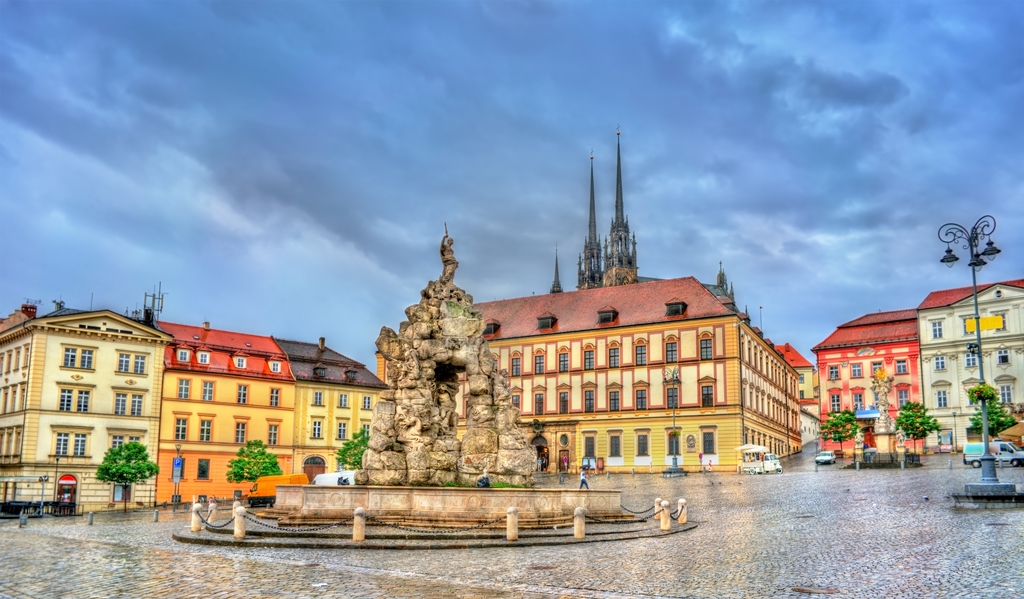 Ostrava is the third largest city in the country and a former industrial centre often called the country’s steel heart. But nowadays the city is going through a change and becoming a modern cultural city, while still being proud of its industrial roots. This can be seen in the Lower Vitkovice area, now a National Site of Cultural Heritage. Some of the sights you should not miss while here are the Ostrava City Museum, Toy Museum, Railway Museum, and of course, the Brewery Museum (the Czechs really love their beer, huh). The New City Hall offers a magnificent view from the top of its tower while the numerous churches show the beautiful architecture. Before you leave spend some time walking the colourful fairytale-like Masaryk and Jiráskovo Squares.

Accomodation: There is a number of hotels, hostels and boarding houses in Ostrava, so you will definitely find something for you. Some of the options are: U Areny, Hotel Maria, Lowcost Hotel Ostrava, Hotel Veronika

From Brno to Ostrava: 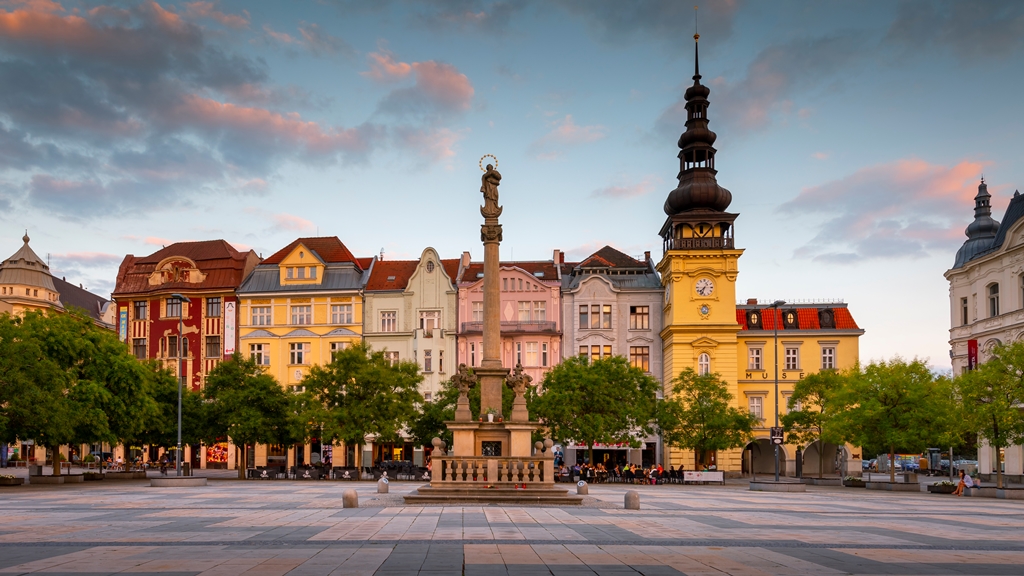