With its debut in 2009, starring Sam Worthington, Zoe Saldana, Sigourney Weaver, and Stephen Lang, no one could expect Avatar to become the highest-grossing movie of all time. The revolutionary CGI technology and otherworldly images of Pandora, a moon in Alpha Centauri inhabited by the Na’Vi people, made Avatar one of the most popular movies. Thirteen years later, the long-awaited sequel is finally on the big screens! No one can argue the forests of Pandora are unearthly, but what if we told you you don’t have to spend lightyears to reach them? In fact, Pandora is much closer to us than we thought! Let us present you with all the Avatar filming locations, both from the first movie and the newest, Avatar: The Way of Water.

Perhaps the most notable of the Avatar filming locations is the stunning Zhangjiajie National Park in the Hunan Province in China. The Forest Park is well known for its impressive geological formations and is also part of the Wulingyuan Scenic Area. Moreover, UNESCO inscribed Wulingyuan on the list of World Heritage Sites for its remarkable beauty. With impressive pillar-like mountains, the Zhangjiajie National Park makes us wonder whether we are on Pandora or Earth. In the film, Zhangjiajie portrays the floating Hallelujah mountains with the help of CGI. Although Zhangjiajie mountains do not levitate, the ever-present thick mist surrounding them creates the ambiance of Hallelujah mountains. Luckily, the National park is open for visits with an entry fee of around 40 euros and 8 euros for a cable car. 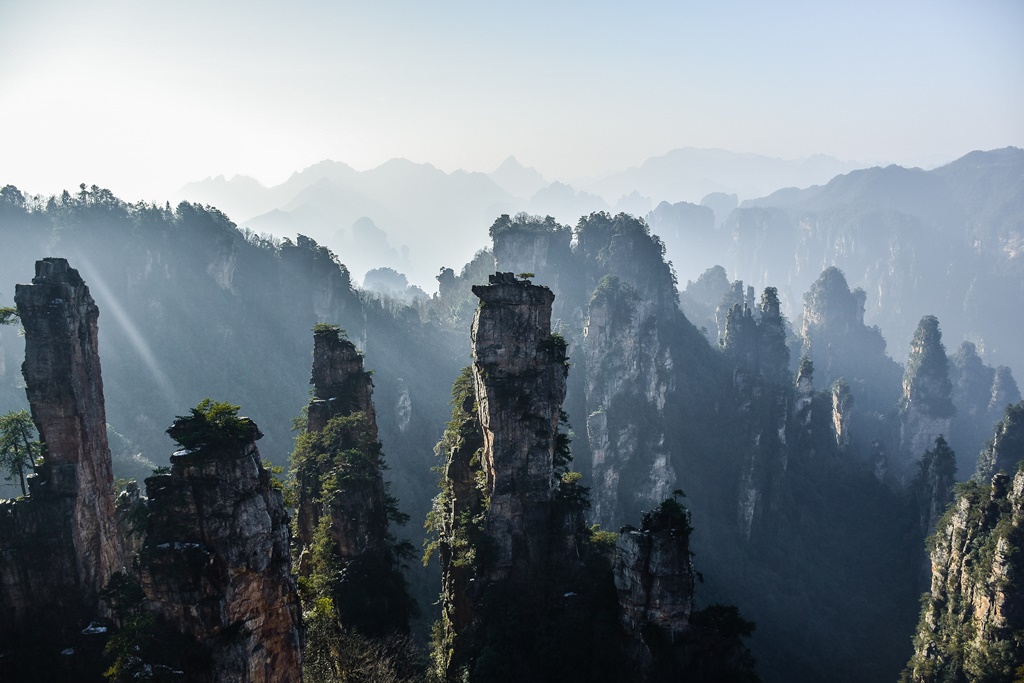 Although Zhangjajije became more popular among Avatar fans, the Huangshan Mountains are one of the most visited sites in China. As a result, they offer much more in terms of tours, activities, accommodation, and transport. Also known as the Yellow Mountains, the site holds a spectacular otherworldly view and stunning geological formations. Cliffs, pillars, forests, all this you can find in Huangshan. There is no doubt that Zhangjiajie is impressive, but together Huangshan and Zhangajije paint the perfect picture of Pandora and its beauty. The entry fee to Yellow Mountains goes around 40 euros in peak season and about 25 euros off-season. Another reason to visit Huangshan Mountains is the accessibility. With a monorail and three cableways, you can experience the Mountain range from every point. 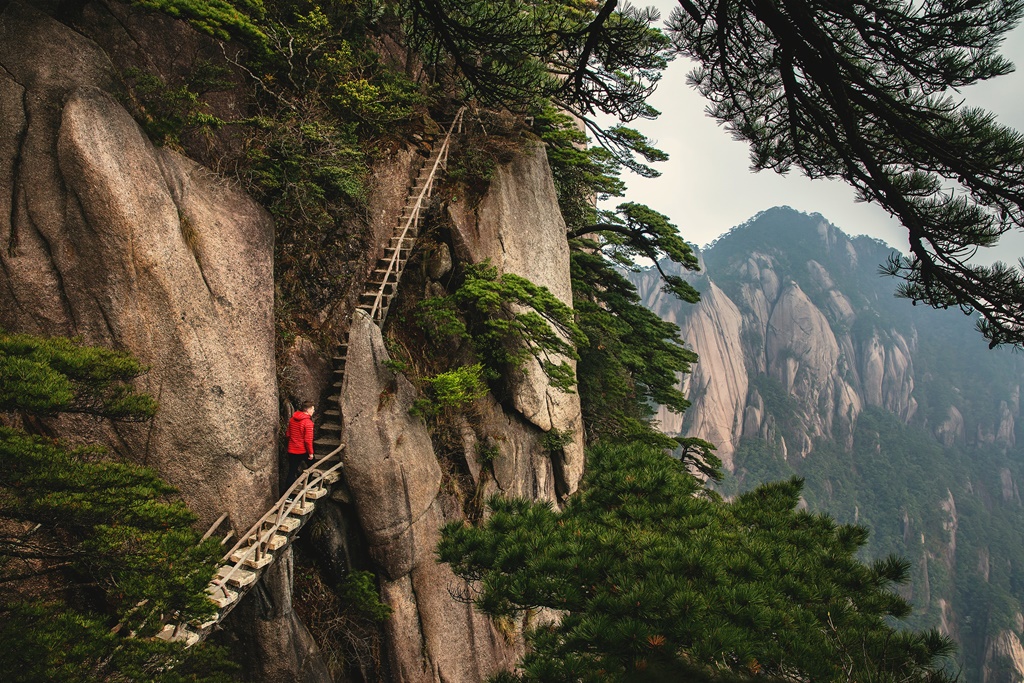 In the first Avatar movie, we met the Omaticaya Clan, also known as the tribe of the forest. Namely, the forest is a large part of the tribe’s existence, thus, crucial to the story. Because of that, it was essential for the director to captivate the essence of the Pandorian biosphere. With Hawaiian untamed and lush forests, the source of inspiration was obvious. The Hawaiian tropical rainforests are a tropical ecoregion in the Hawaiian Islands, covering an area of 670 000 ha. Due to their isolation, the rainforests have an incredible diversity of endemic species. The trees draped with vines, ferns, and mosses, along with the forests in the mountains, are enough to make you feel like you are part of the Omaticaya. 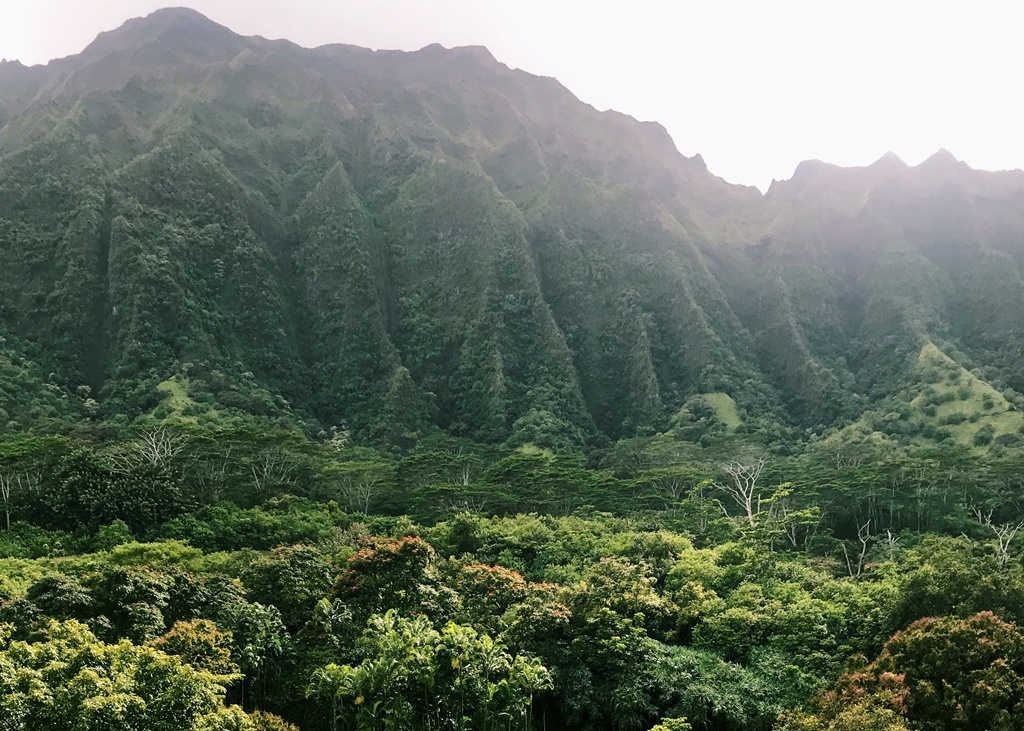 Lush tropical rainforests, cascading waterfalls, and deep green valleys are what make our following location beyond stunning. The Hāmākua Coast, set on the northeastern side of Hawaii, is one of the most beautiful coasts on the island. Moreover, the coast offers some of the most stunning panoramic views of the lush island forests, along with the 442-foot-high ʻAkaka Falls and the 100-foot-tall Kahuna Falls. One look at the Hāmākua Coast, and you will wonder whether you are on Pandora or Earth. Perhaps that is why James Cameron chose to travel with the production crew to Hawaii. If you decide to visit the Hāmākua Coast, we recommend taking the Hamakua Heritage Corridor Drive. 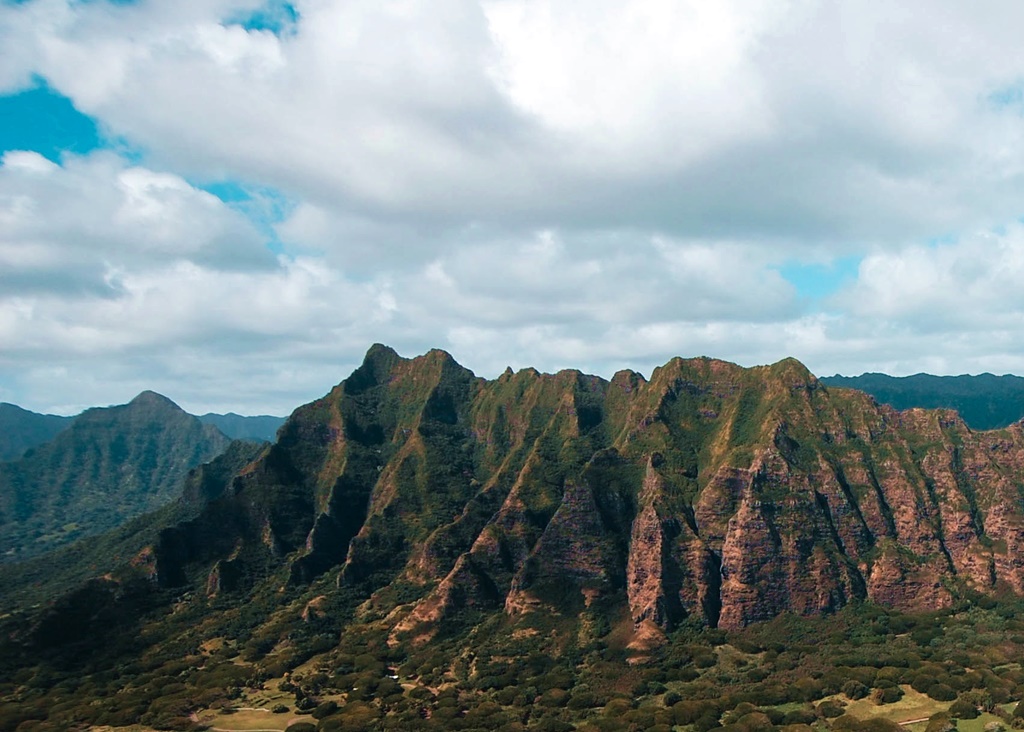 One of the most impressive geological formations is what makes Kauaʻi stand out from other Hawaiian locations. Since the island is one of the wettest spots on earth, Kauaʻi boasts deep valleys and majestic waterfalls. With spiked mountain slopes, you wonder whether this place is fantasy or real. The unique mountain’s shape is a product of a former volcano and erosion caused by heavy rain. Moreover, Kauaʻi is geologically the second oldest Hawaiian Island at approximately five million years old. One of the most visited attractions on the island is the Waimea Canyon, also known as the Great Canyon of the Pacific. Other high points worth visiting are Mount Waiʻaleʻale, Kamala, Kawelikoa, Molehu, and Kuahonu. For sports enthusiasts, we recommend kayaking down Na Pali Coast or hiking on the coastal cliffs. 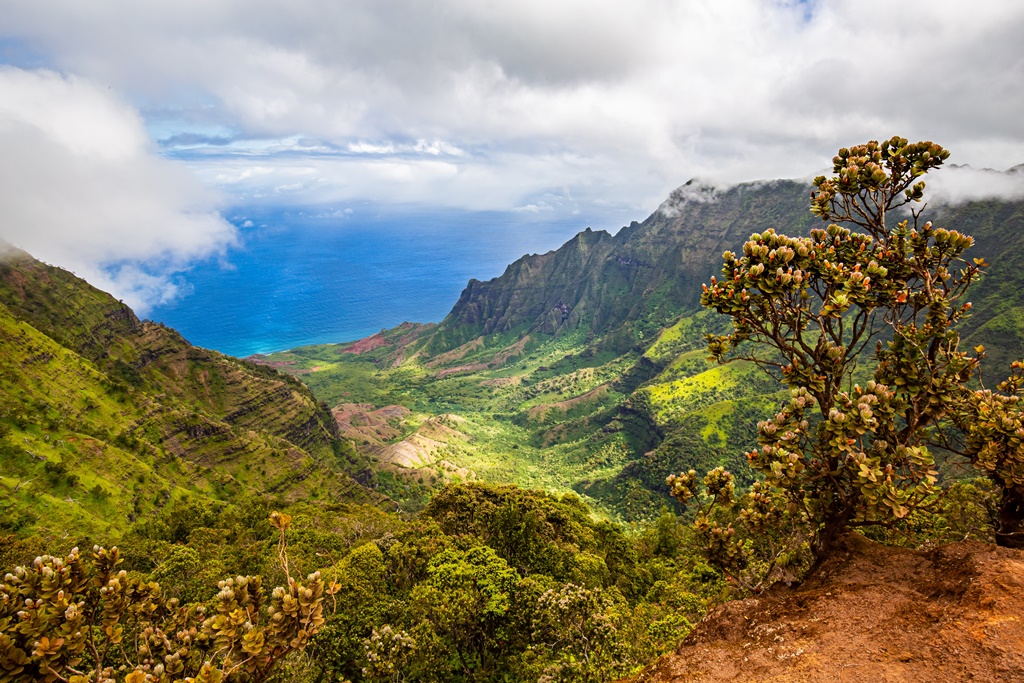 If you are searching for an adventure in the wild but also enjoy exploring vivid streets and diverse populations, Oahu is an ideal place. Namely, Oahu, also called The Gathering Place, is the most populous Hawaiian island and the home to the state’s capital Honolulu. The island is a melting pot, fusing traditional cultures and values with modern bustling city life. On top of that, it is a perfect mix of ancient and contemporary, nature and urbanism. Oahu, like many others, boasts beautiful landscapes with lush rainforests, deep valleys, long shores, and majestic mountains. Apart from the wilderness, you can explore multiple museums, such as USS Arizona Memorial, dedicated to Pearl Harbour and WWII. Also, we recommend visiting the iconic Waikiki beach and trying popular activities like surfing or snorkeling. 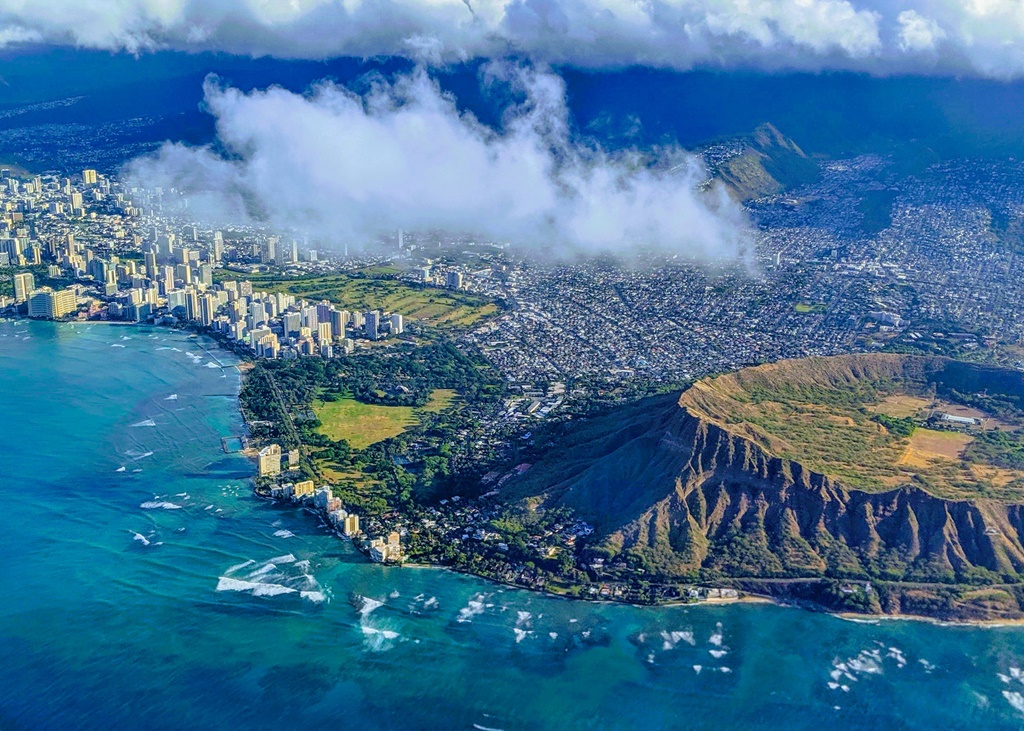 Although the producers of Avatar created Pandora mainly by CGI, several locations were an inspiration to the creator of the film James Cameron. Since the primary part of Pandora’s uniqueness is the bioluminescence, many fans wondered which real-life locations could be the inspiration. Luckily, we discovered the stunning Bioluminescent Lagoon in Falmouth. The phosphorus-rich fresh water from the Martha Brae River disturbs the salt-water ocean, thus creating a brilliant illuminating effect. Microorganisms emit a flash of light when touched, which creates Pandora-like light. Fortunately, everyone can experience this unique creation of Mother Earth, as the lagoon is open for visits.

A large amount of filming took place in New Zealand, predominantly in the Stone Street Studios. The complex comprises New Zealand’s only purpose-built shooting stages, an extensive warehouse, a production office, and makeup amenities. However, the main attraction is the massive 24,100 square foot ‘Kong’ sound stage, 229 feet by 108 feet and 53 feet in height. Interestingly, Stone Street Studios are a former paint factory converted into studios around 1999 due to the production of Lord of the Rings. Altogether, Stone Street hosted 13 feature films, among which the Hobbit, Lord of the Rings, and Avatar are the most popular. Sadly, Stone Street is not open for visits, unless you get a permit from the studios. 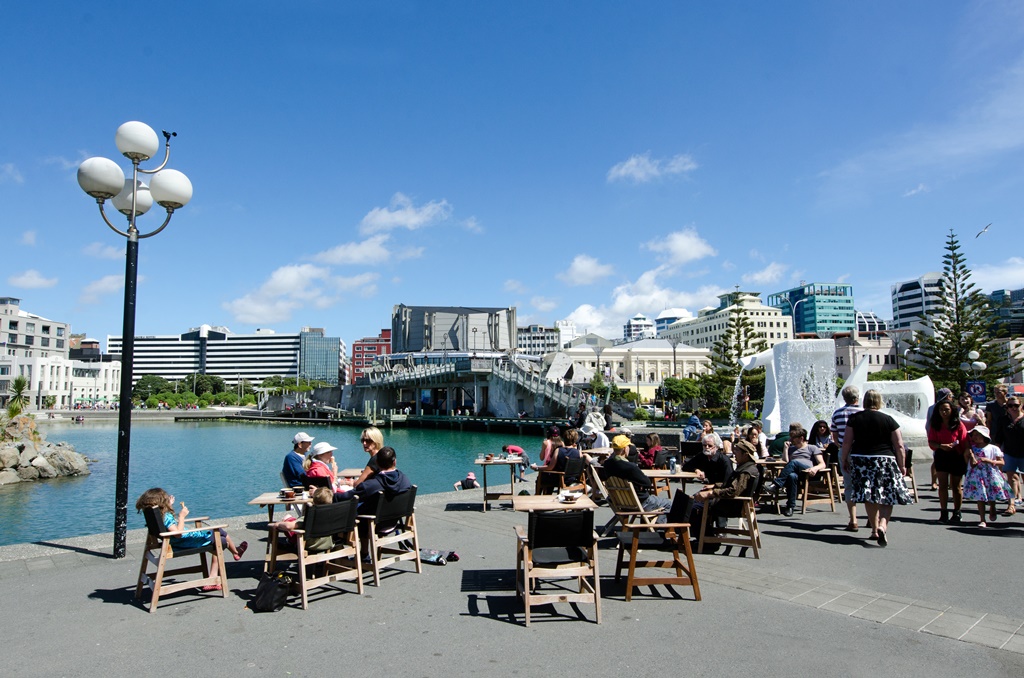 Apart from the Bioluminescent Lagoon in Falmouth, another captivating site known for its bioluminescence is the Glowworm Caves in New Zealand. The caves are part of the extensive underground cave system in Waitomo, on the North Island of New Zealand. Even though the production never confirmed that James Cameron took inspiration from this site, the resemblance is uncanny. The glow from the underground cave’s ceiling and its reflection in still water are enough to leave anyone in awe. Moreover, the captivating ambiance of thousands of turquoise lights is similar to the Pandora forests at night. The visiting hours are every day between 9 am and 5 pm. Also, there are numerous tours to choose from. 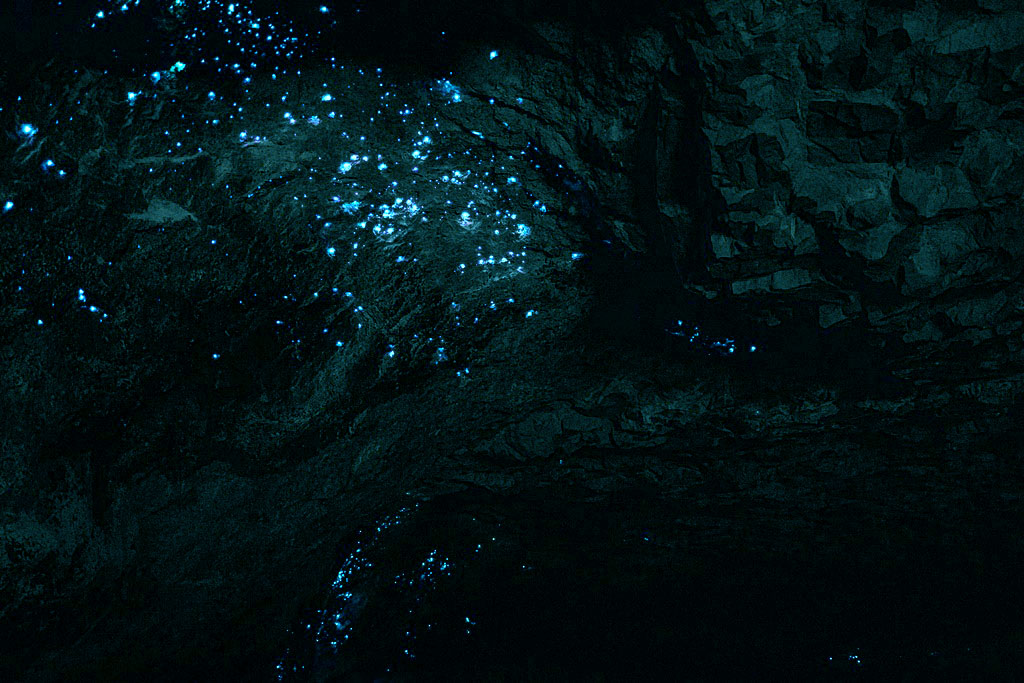 Who would have guessed that an Aircraft Company from the 30s could have become the set for James Cameron’s Avatar movie? Apart from Avatar, this set was also used in Martin Scorsese’s film The Aviator. We are talking, of course, about a prime American aerospace and defense contractor – The Hughes Aircraft Company. The Company headquarters were in Playa Vista in the Westside area of Los Angeles, California, from 1941 to 1985. During World War II, the Hughes Aircraft Company designed and constructed various prototype aircraft at Hughes Airport. However, it is mainly known for the construction of the Hughes H-4 Hercules “Spruce Goose” aircraft. 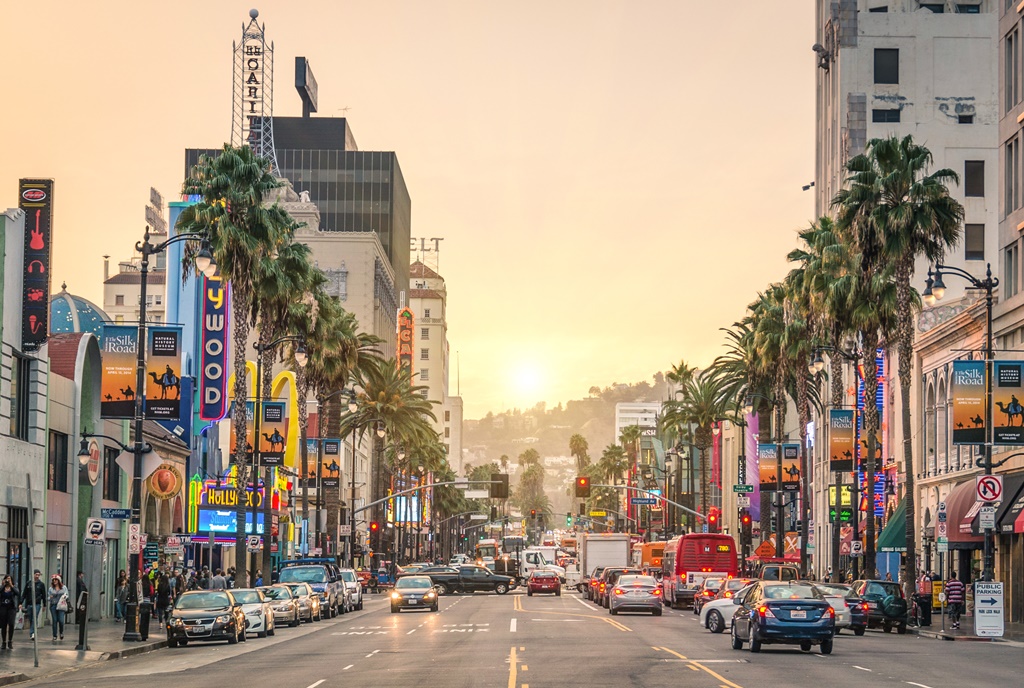 Nestled in the Venezuelan rainforest rises the almost 2 billion years old Mount Roraima. The mountain is unique for its flat-top shape composed of sandstone. With the ever-present mist surrounding this majestic mountain, Mount Roraima appears levitating, which strongly reminds us of mystical landscapes from the Avatar movie. As much as we would love to hop on our ikrans and fly around this imposing ancient rock, getting to Roraima is much more difficult. It takes around three days of intensive hiking to get to the top of the mountain. However, no one can argue that the spectacular view makes for the trouble of reaching the top.

In Venezuelan Canaima National Park, over the edge of the Auyán-tepui mountain, falls the world’s largest uninterrupted waterfall, Angel Falls. Moreover, Angel Falls also goes by the name Kerepakupai Merú, which translates to Waterfall of the deepest place. This is not surprising, as Angel Falls has an impressive height of 979 meters. With beauty straight from heaven, Angel Falls inspired various filmmakers. In the movie, you can notice the Angel Falls in the scene where Neytiri teaches Jake Sully how to tame the banshee, also known as ikran. The best way to experience the Falls would be to fly over them, as the mountain is pretty steep and hiking is demanding. However, if you choose to hike, consider joining the tour. 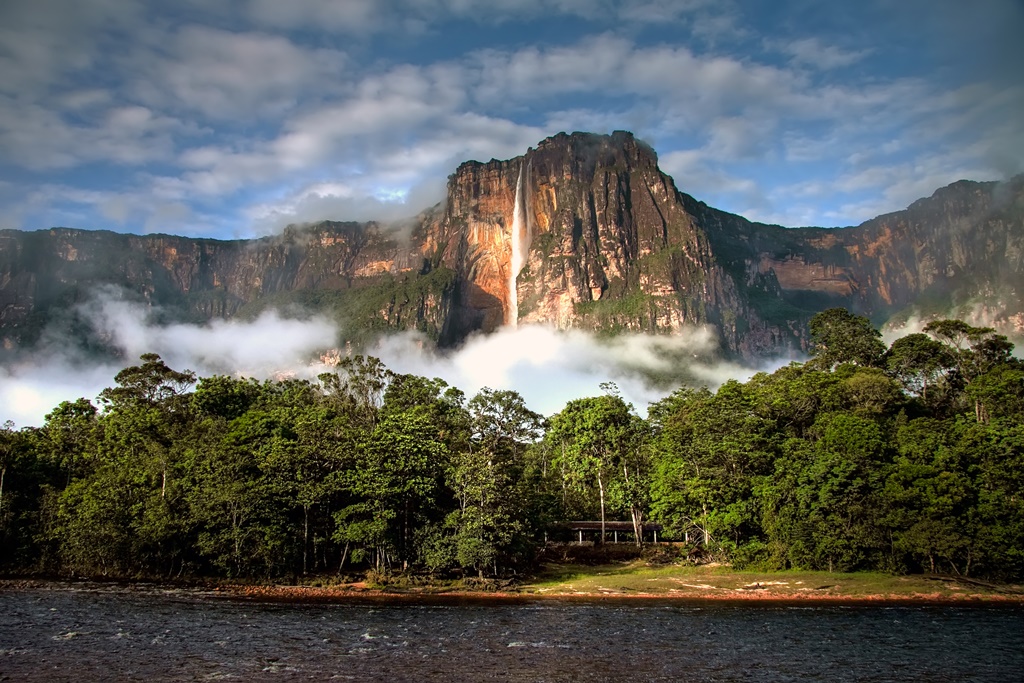 Khao Sok is a National Park in Surat Thani Province covering an area of around 739 square kilometers. Interestingly, the park is approximately 160 million years old and is home to wild elephants, tigers, Malayan sun bears, and more than 180 bird species! Due to its scenic beauty, there is no doubt it took part in creating the Na’vi home. Moreover, the Khao Sok resembles Zhangjiajie National Park submerged in the turquoise water. The pillars rising from the sea covered in lush trees remind us of the home of the Metkayina water Clan seen in the newest movie- Avatar: The Way of Water. Apart from discovering the similarities between Khao Sok and the movie, you can enjoy various activities such as trekking, canoeing, and bamboo rafting. 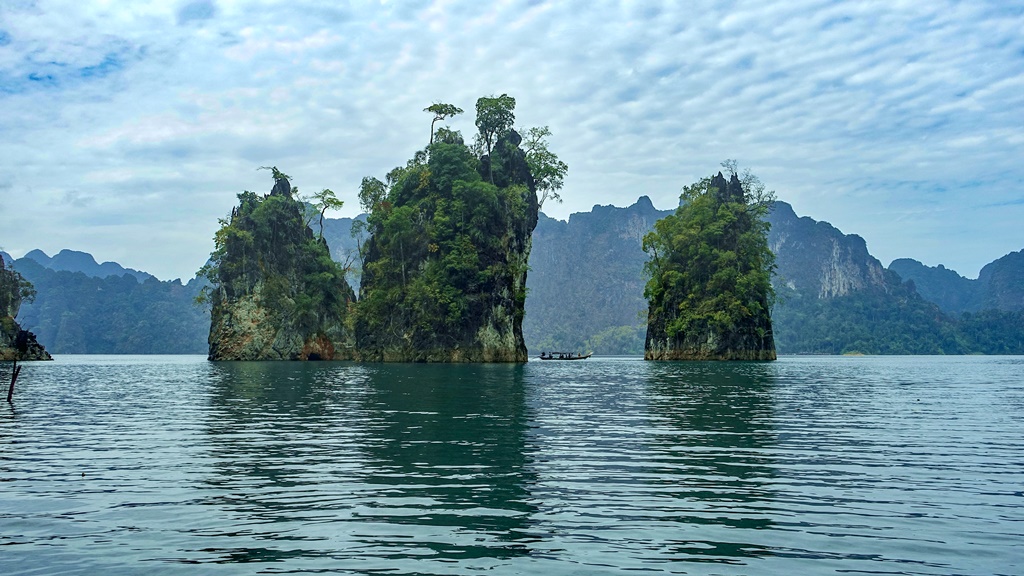