Frankfurt Airport (German: Frankfurt am Main Airport) is a major international airport located in Germany’s fifth largest city and one of the leading financial centres in the world. It serves as a main hub for Lufthansa. Frankfurt Airport is by far the busiest German airport, as well as the fourth busiest in Europe. In 2018 the airport handled over 69 million passengers. It provides connections to 104 countries worldwide, featuring flights to almost 300 destinations.

NOTE: Do not mistake Frankfurt am Main Airport with Frankfurt Hahn Airport, which is a lot smaller and serves mainly as a hub for low-cost airline companies.

How to get from Frankfurt Airport to Frankfurt

As the country’s busiest airport, it has great connections to all parts of the city. You have several options to choose from.

The airport has its own regional train station. You can reach the airport from any place within the area served by the RMV public transportation company. The airport’s station provides connections to:

There are many bus lines which take you to different parts of the city and its surrounding area. The bus stops at the airport are both at T1 and T2. Check out the following lines and decide which one is the most convenient for you: 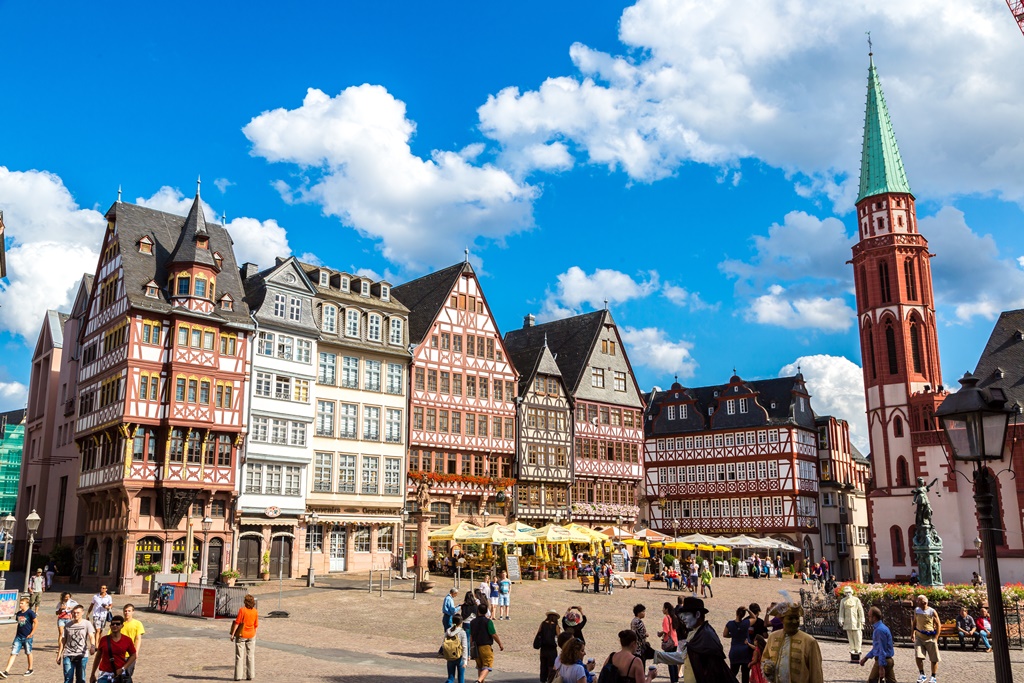 Taxis are available at both terminals and the train station at the airport. When you arrive at the airport, tell the taxi driver the name of your airline company and he will take you as near as it gets to your check-in counter. In the Frankfurt area large-capacity taxis for up to 7 people are also available.

Renting a car at Frankfurt Airport

For those of you who would like to reach the city and explore the area on your own, the best option is to rent a car directly at the airport. There are several car rental companies there. In section A of Terminal 1 and section D of Terminal 2 you can find information desks of Advantage, Avis, Budget, Enterprise, Europcar, Hertz and Sixt. as well as Buchbinder at Terminal 2. Compare their rental prices and save time by booking your car online.

Renting a bus at Frankfurt Airport

For larger groups of passengers, consider renting a bus at the airport. However, it is recommended to book it online, so the bus rental companies have enough time to advise you on the meeting point and all other information. However, keep in mind that large-capacity taxis are also available and they can carry up to 7 people. 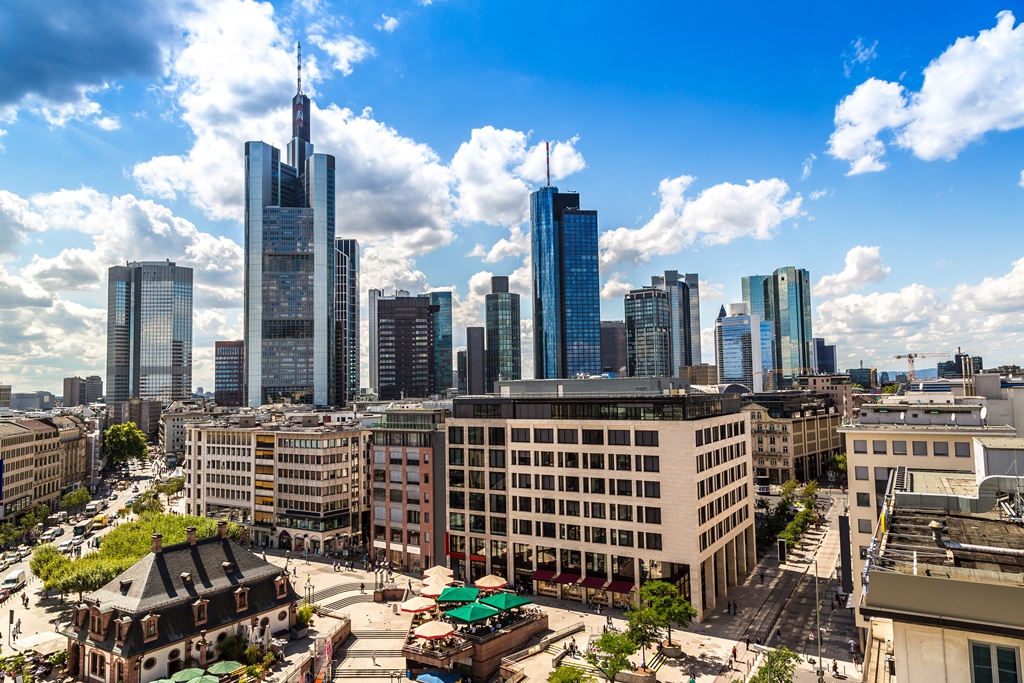 No, there are several means of transport which take you to the city centre. You can use the bus or train. If you miss them all, you can always take a taxi for a reasonable price of around 30€.

Yes, some of the closest hotels are Radisson Blu, Fleming’s Conference, Nassauer Hof and Hotel am Rosenberg in the range of 10km from the airport. A few hotels around the airport offer shuttle services. They stop in front of Terminal 1 (Concourse B, Level 1 Arrivals) and Terminal 2 (Concourses D + E, Level 2 Arrivals).

I would like to visit Frankfurt in between flights. Is that possible?

Yes, it will take approximately half an hour to reach the city, but the airport is well-connected to the centre at all times of the day, so it should be no problem to go there and back within a day. You can leave your stuff at the luggage store at the airport’s T1 and T2.

Yes, you can exchange your money and also pick up money at the ATM machines at the airport. We recommend you to bring euros with you to avoid low currency rates.

I am continuing my journey outside Frankfurt. Are there any direct lines to other destinations?

From the airport you can go directly to the places nearby like Darmstadt as mentioned above and other cities whose list you’ll find at the bus station at the airport, but for other destinations you have to reach the bus station in Frankfurt city and check your options there.