Although not as famous as neighbouring Switzerland and Austria, Italy is definitely worth visiting during the winter holidays. If you wish to go skiing, but don’t want to spend a small fortune on it, then Italy is the right place for you. It was hard to narrow the list down to only 10 ski resorts (from the total of 294 !) and choosing any of these resorts for your next vacation won’t disappoint you.

Alta Badia is one of the rarest ski resorts which has completely connected slopes. 130 kilometres out of  total 500 km of slopes in the Dolomiti Superski area, are in Alta Badia. The area of Alta Badia is situated between the elevations of 1,324 and 2,550 m. The World Cup is regularly held every year in Alta Badia and its giant slalom course, the Gran Risa, is one of the most challenging on the circuit. It is perfect for intermediate skiers, however, those who are a bit more extreme, they have a helicopter at service which will take them to nearby mountain peaks. As for the boarders, Alta Badia is not the best option, due to great number of flat blue pistes.

Cortina d’Ampezzo, also known as the Queen of Dolomites, was the host to Winter Olympics 60 years ago, but today is the favourite skiing destination of rich jet-setters and fashion designers who occasionally have their shows at Cortina. Cortina d’Ampezzo is very popular for its unique nature and beauty of nearby mountain tops, which proves the fact that some movie scene, like James Bond, were shot in this snow heaven. Cortina d’Ampezzo has 6 main skiing areas, and the biggest is Tofana/Ra Valles which counts 55 kilometres of slopes.

The slopes are the most suitable for advanced skiers, while beginners can ski at Socrepes which has numerous mild and wide blue pistes. 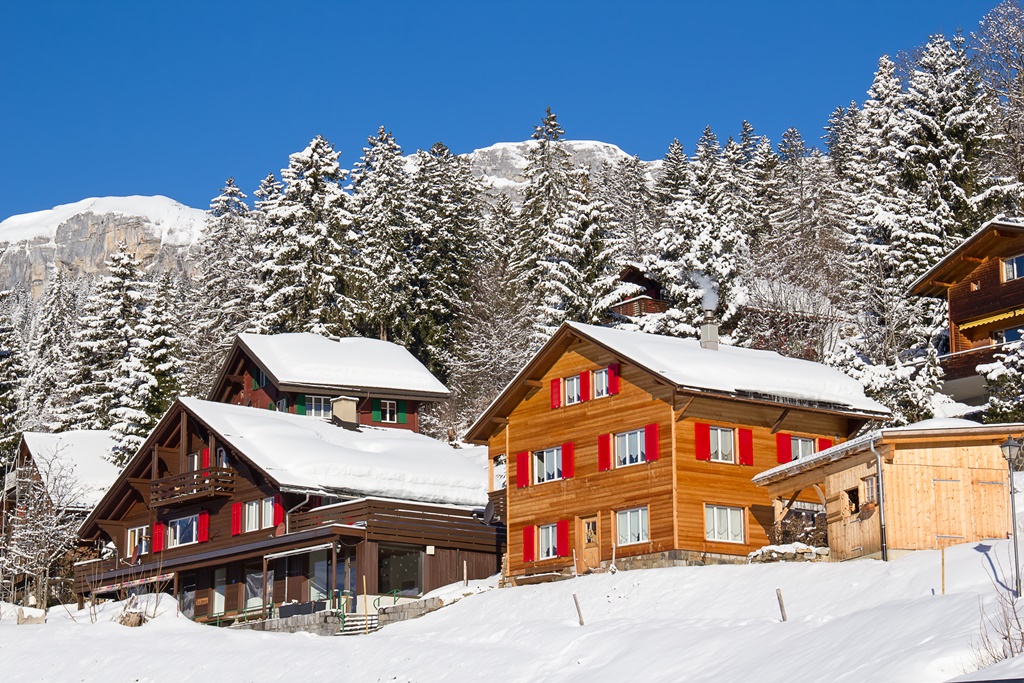 This ski resort is situated above Lake Como, only a couple of hours drive from Milan and Bergamo. Due to the proximity to these two cities, it quickly gets crowded during high-season weekends. Although not very rich in skiing area, it sure has a lot of other interesting activities. The Sports Centre has fitness centre, squash court, gym and ice-skating rink and it can be easily reached by foot from any of the accommodation facilities in Madesimo. If you are coming with your loved one, don’t hesitate to book a night excursion with dinner at the alpine hut at the frozen lake – the marvelous scenery is guaranteed!

Another ski resort of Dolomiti Superski area is actually divided in two parts, Val Gardena and Alpe di Siusi, connected by one ski pass and a bus line. The valley is inhabited by autochtone Ladins, and the German influence is significant, so all the names are usually written in three different languages. As for the skiing, the pistes are very well organized and there are rarely problem with snow due to 85% of coverage by snow cannons. Alpe di Siusi has approx. 60 kilometres of slopes, ideal for beginners or families with children. The ski lifts are not too busy, because the ski area is large enough to handle a great number of skiers, and a few years ago it was introduced Ronda Express metro line which connects Alpe di Siusi and Val Gardena. 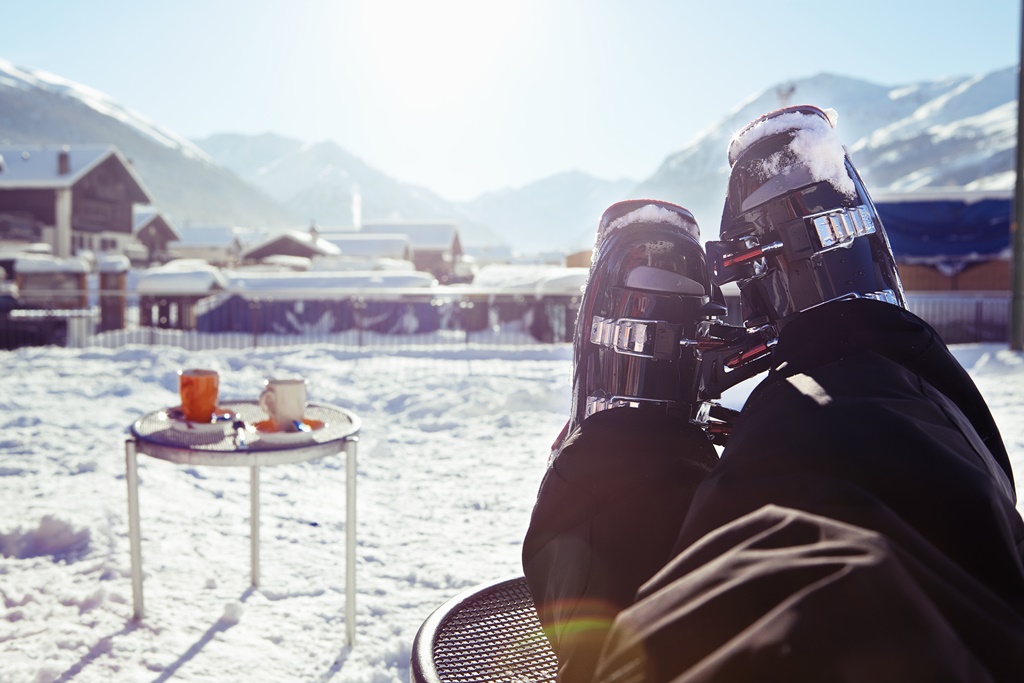 Kronplatz or Plan de Corones (it.) is situated between the elevations of 975 m to 2,275 m, surrounded by 13 touristic villages, of which the most visited are Brunico and St.Vigil. Brunico is particularly special during Christmas holidays, when the locals hold the fair with souvenirs and traditional mulled wine. The 40 blue/red pistes, long 114 kilometres, are extremely wide and with regular slopes, so we could say that Kronplatz is perfect for beginners, families and recreational skiers. Kronplatz is characterized by impeccably organized pistes, no matter how bad weather conditions are, and most of them are quite long. The longest one, which goes all the way to the valley is long more than 7 kilometres.

If you search for a ski resort to go to, but you have never been to one – then Passo Tonale is your pick nr.1 ! The beginners and parents with children will be amazed with the central part of the ski area where the pistes and lifts are lined up one to another on the same slope. There are numerous ski schools, and parents can always supervise their kids while enjoying skiing themselves. In the foothill you can find special piste for sledding, kindergarten on snow and a piste for night skiing. Passo Tonale is also ideal for freeriders who enjoy deep, untouched snow, and the slopes vary from the easy ones to the ones reserved for fearless experts (skicross and freestyle park). The nightlife is great, the bars and clubs are always full, and a lot of young people from come from Great Britain, Holland and Belgium, and that is why many adolescents choose Passo Tonale. 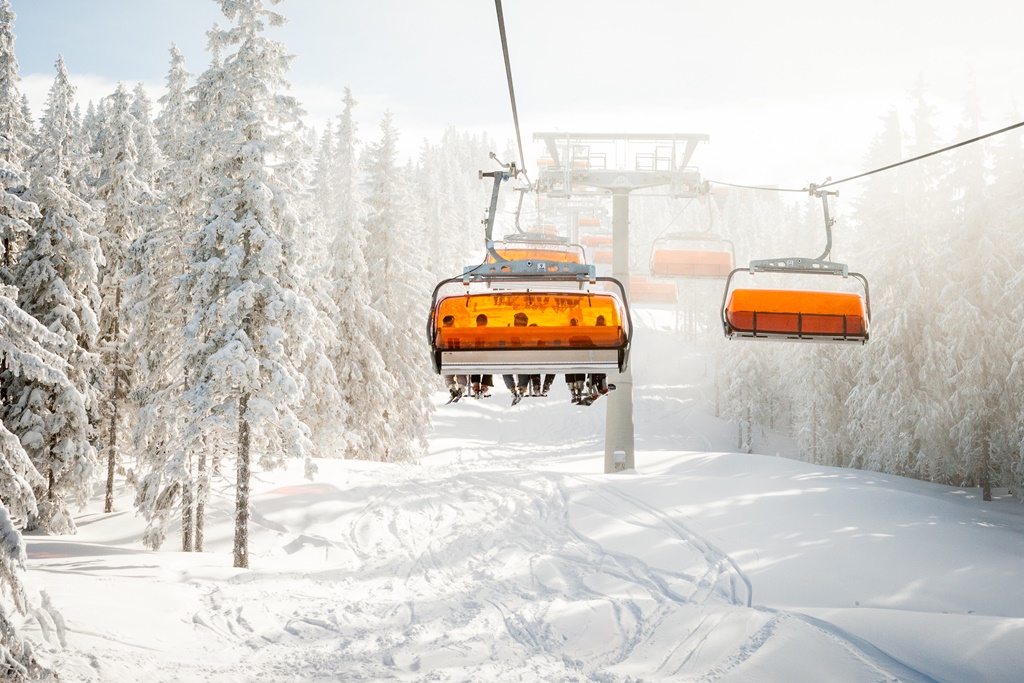 Sestriere ski resort is located 90 kilometres from Turin, and only 17 kilometres from the French border. It is the centre point of the so-called Milky Way (it. Vialatte), the skiing galaxy 400 kilometres long. Besides Sestriere, the ‘galaxy’ is composed by Sauze d’Oulx, Sansicario, Claviere, Cesana and Montgenèvre (FR). In the foothill the pistes are curvy and they go through the woods, while in the upper part are completely ‘naked’, and therefore suitable for freestyling. The southern part of the ski resort has a snowpark and 4 pistes with bumps. The village of Sestriere is characterized by two roller-like skyscrapers which used to be accommodation for Olympic village in 2006. The prices of food and beverages are mostly reasonable, for example, you can get a macchiato for 1-2€ and a pasta dish for 7€.

Bardonecchia ski resort is situated just a few kilometres from France on the most western part of Italy and it counts around 100 kilometres of  ski pistes divided into two localities – Colomion-Les Arnauds-Melezet and Jafferau, connected with Jafferau Express skibus which transports skiers in 5 mins from one part of resort to another. Most people come to Bardonecchia because of Olympic halfpipe, 130 metres long, 18 metres wide, a 6 metres tall, situated at Melezet pass. So if you are more of a freestyler, don’t miss it out. In fact, once you finish with freestyling and boarding, in the evening you can check the two nearby bars and a restaurant to try local specialties. 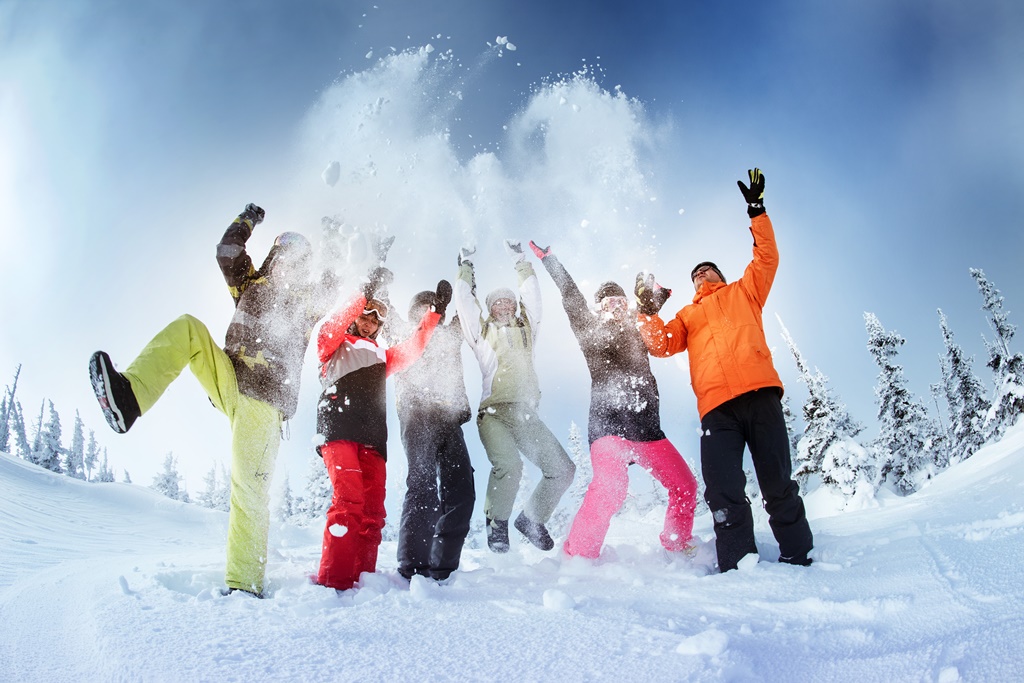 Abetone is the only ski resort on this list that isn’t situated on the Alps. With an altitude of 1388 metres, it is located on the pass between Tuscany and Emilia Romagna, on the Apennines. It is divided in 4 valleys – Valley of the Scotenna, Sestaione Valley, Valley of the Lima and Valley of Luce, and in total they offer skiers 54 kilometres of slopes and 26 lifts. If you happen to visit this ski resort in the heart of Italy, don’t miss out on 18 kilometres of track specially for cross-country skiing. Abetone is a great pick for freestylers because of two snowparks, the first one at Pulicchio and the other in Val di Luce, more suitable for advanced skiers. Don’t worry about accommodation, since there are many hotels, tourist resorts, alpine lodges, B&Bs and campgrounds.

The last, but definitely not the least is Zoncolan-Ravascletto ski resort, the best if you want to visit a smaller resort which is not too crowded. Zoncolan is the name of the mountain where the small village Ravascletto is situated. The most of ski pistes and lifts are located on the mountain, and only a small number in the village. There are not many pistes on Zoncolan, around 10 of them and the majority are the blue ones, suitable for beginners. This skiing area is great for kids, since there are numerous ski schools in the middle of the resort. The particularity of this ski resort are cheap prices in bars and restaurants – for example, half litre of water costs 1€, beer 2€ and a hotdog 3€. Very popular is ‘polenta’, the signature meal in the province.