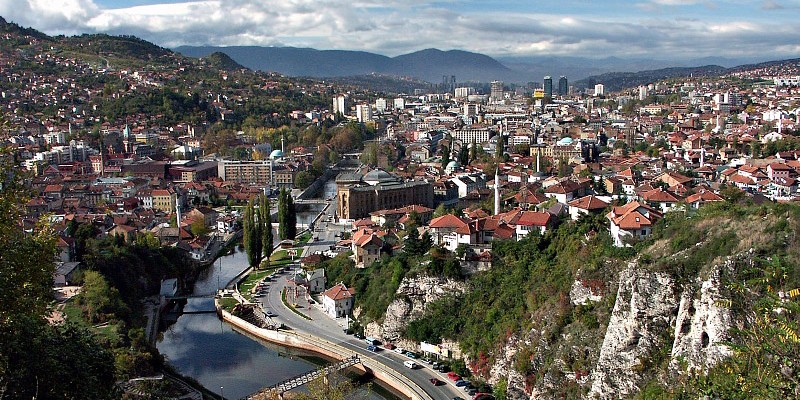 Sarajevo is the capital of Bosnia and Herzegovina with a population of approximately 600 000. It is also known as a city of the Olympic games since the Winter Olympics took place there in 1984.

While in Sarajevo you can use their public tranport means operated by the GRAS transport company (Gradski saobraćaj d.o.o.) You can reach your desired destination within the city by bus, trolleybus, minibus and trams. Using trolleybuses you can see the left bank of the Miljacka river while buses will get you to those parts of Sarajevo which are not well connected by trams and trolleybuses; minibuses connect the centre and the Sarajevo slope parts. Passengers have 44 bus lines at their disposal, 31 of which are city lines and the rest is suburban.

The bus schedules can be viewed here. Tickets can be purchased from the driver or at newspaper stands and once you board the bus (tram or trolleybus) you have to validate your ticket. What is also available is the so called Day ticket which is valid for an unlimited number of rides within 24 hours and for any of the transport means.

Lukavica bus station is for the buses arriving from the Republic of Srpska, Montenegro and Serbia. It is located at 2 Srbskih vladara address, approximately 6 km from the centre. You can see the exact location on the map here. This bus station can be reached by 103 and 107 trolleybus lines which will take you to Dobrinje station which is a 2 minute walk from Lukavica bus station.

Sarajevo is well connected with other cities in Bosnia and Herzegovina; there are daily departures to Banja Luka, Medjugorje, Travnik, Mostar… The main bus company is Centrotrans-Eurolines dd Sarajevo.

If you travel from Croatia, on Getbybus.com you can find the following bus lines (in both directions):

If you travel from Europe, on Getbybus.com you can find the following lines from/to Sarajevo: 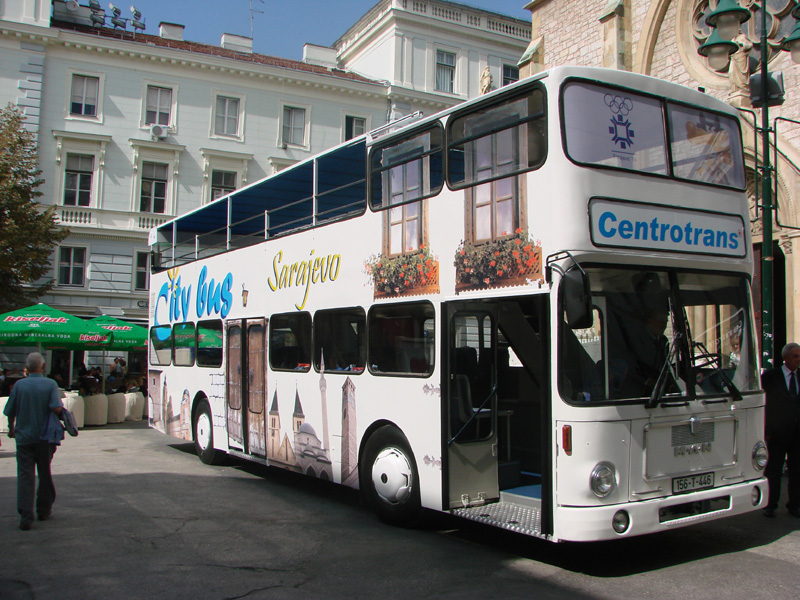 Centroturs has two tourist buses (Sarajevo City bus) which can be used for a 90 minute Sarajevo sightseeing. This line operates from May to September every day; it departs from the centre at 12:00 and 14:00. Tickets can be purchased at Centrotours tourist agency, on 16 Ferhadija street. Here you can find more info.

Most European cities are connected with Sarajevo by plane. Sarajevo airport is located at 36 Kurta Schorka street. Here you can see it on the map.

There is a bus station 700 metres from the airport.

Two bus lines go from/to the airport. The one which connects the centre and the airport is not that frequent while the other one operates every 30 minutes but goes only to Nedzarici neighbourhood from where you can continue by tram to the centre.

There is also a trolleybus station (line 103) in the vicinity of the airport; this line will take you to Austria Square (Trg Austrije) from where you will have to cross a bridge to reach the centre.

If you wish to take a trip from Sarajevo to Medjugorje, Mostar, the Bosnian pyramids in Visoko or to some other place, you can always rent a bus. All you have to do is contact us and we will make the best possible offer.