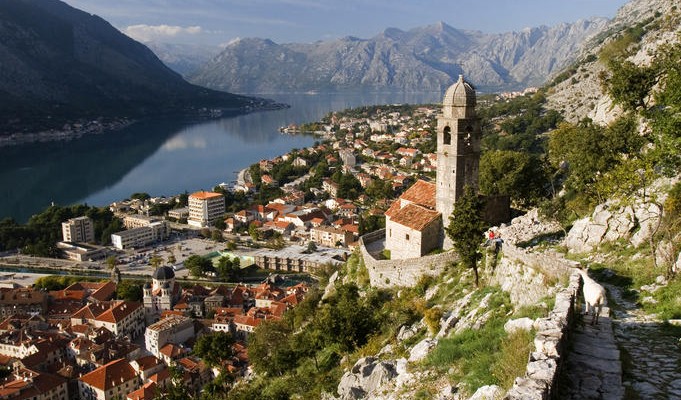 Kotor is a medieval coastal town in Montenegro, located in the Bay of Kotor. The town is surrounded by a fort built in the Venetian period. Thanks to its historical and cultural patrimony, Kotor is inscribed on the UNESCO World Heritage List.

The town is not big and the cars are forbidden within the walls. However, if you want to visit some of the neighbouring towns in the Bay of Kotor and at the same time enjoy the view, you can use the public bus services operated by Blue Line. The buses have frequent departures from the main bus station in Kotor; during summer months the number of departures increases. The schedule can be seen here.

Kotor is well connected with other towns in Montenegro as well as with towns in the region. The main bus station can be found a bit outside of the centre, a ten minute walk, in direction Budva: the address is Put prvoboraca bb. The main bus company is Autoboka. The bus station has ten platforms and a taxi stand. Here you can see it on Google maps.

If you travel from Croatia, on Getbybus you can find the following routes from/to Kotor:

If you travel from other parts of Europe, on Getbybus you can find the following routes from/to Kotor:

If you travel from cities other than the above mentioned, you can first reach the bus station in Zagreb, Split or Dubrovnik and from there take a bus which goes to Kotor.

Tourist buses leave from the centre every 45 minutes. A tourist bus tour inlcudes the entrance to the Roman mosaics in Risan, the Museum in Perast and a walking tour with a guide through the old town of Kotor. 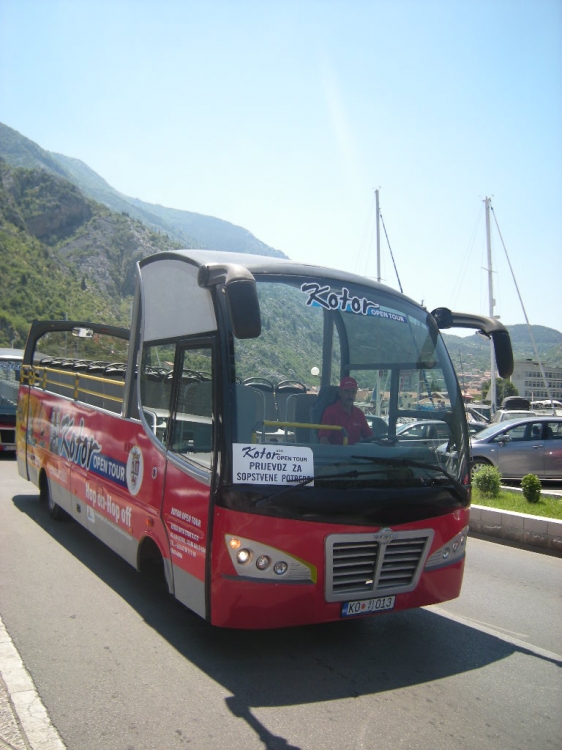 There are two national airports: