Sarajevo, the capital of the Bosnia and Herzegovina and heart of the Balkans, attracts travelers for its unique, long and rich history of religious and cultural diversity. It is a place where east and west converge, where the skyline is pierced both with minarets and belfries. Being a lively and vibrant city, it offers an authentic European experience with its traditional food and cafe culture along with the unforgettable atmosphere which is why it irresistibly reminds us of a smaller version of Istanbul. 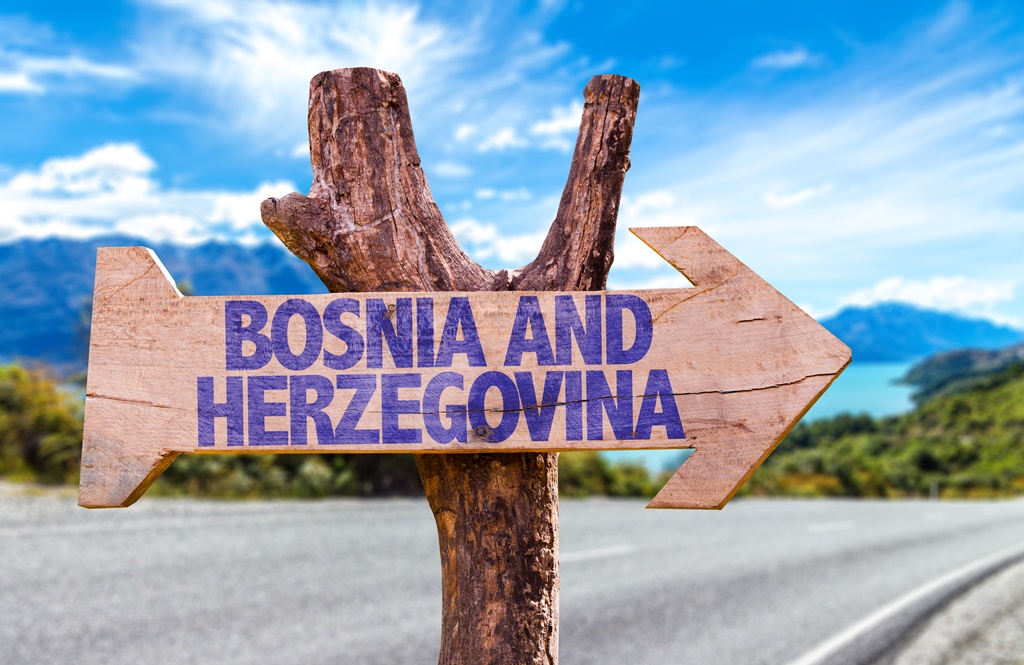 After visiting all of Sarajevo’s must-see attractions, visitors have a chance of expanding their experience driving outside of the capital for a day trip. It will reveal Bosnia’s incredible beauty of historical Ottoman towns, magnificent canyons and mountains, culinary delights and unspoiled nature.

Here are our top 5 choices for the best day trip from Sarajevo:

Also known as ‘’the most Oriental Bosnian city’’, it is located in Lašva Valley, 90 kilometers (56 miles) from Sarajevo. For history fans, Travnik is great being a birthplace of a Nobel Prize-winning author, Ivo Andrić, but also rich with Ottoman architecture, Travnik castle from the 15th century, mosques, and clocks. Here, you can enjoy the inexpensive meals with one and only ćevapčići (pronounced che-vap-chee-chee) which are known as the best ones you can get. If you are looking for some adventures, nearby Mt. Vlašić is one of the tallest peaks in Bosnia and an excellent spot for skiing, hiking and sledding.

How to get to Travnik:

The most famous thing about Višegrad is its old, enchanting Mehmed Paša Sokolović Bridge which is a UNESCO world heritage site, mostly known from the novel titled The Bridge over the Drina by aforementioned Ivo Andrić. The bridge lies on the emerald Drina river which together with the nature surrounding it makes a perfect scenery. It was designed by the greatest Ottoman architect Mimar Sinan, maybe best known for its architectural wonders such as the Suleymanye Mosque in Istanbul.

How to get to Višegrad: 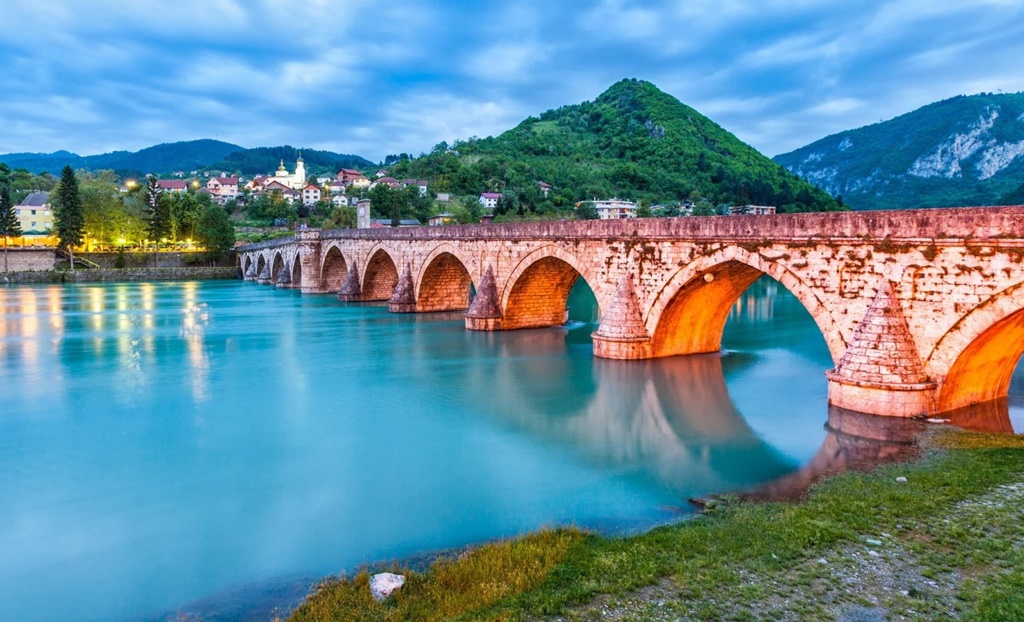 Visiting Mostar is a must for any trip to Bosnia. It is located in Herzegovina region and very specific for its cultural diversity. The most popular spot in Mostar is the Ottoman Stari Most (Ottoman Old Bridge) which divides the town into its Muslim and Catholic sides; one branching Ottoman alleys, other the Croatian-like neighborhood. Depending on which side you go, you can experience the authenticity of the people and culture. You can experience the traditional Bosnian food on a terrace overlooking the river Neretva.

How to get to Mostar: 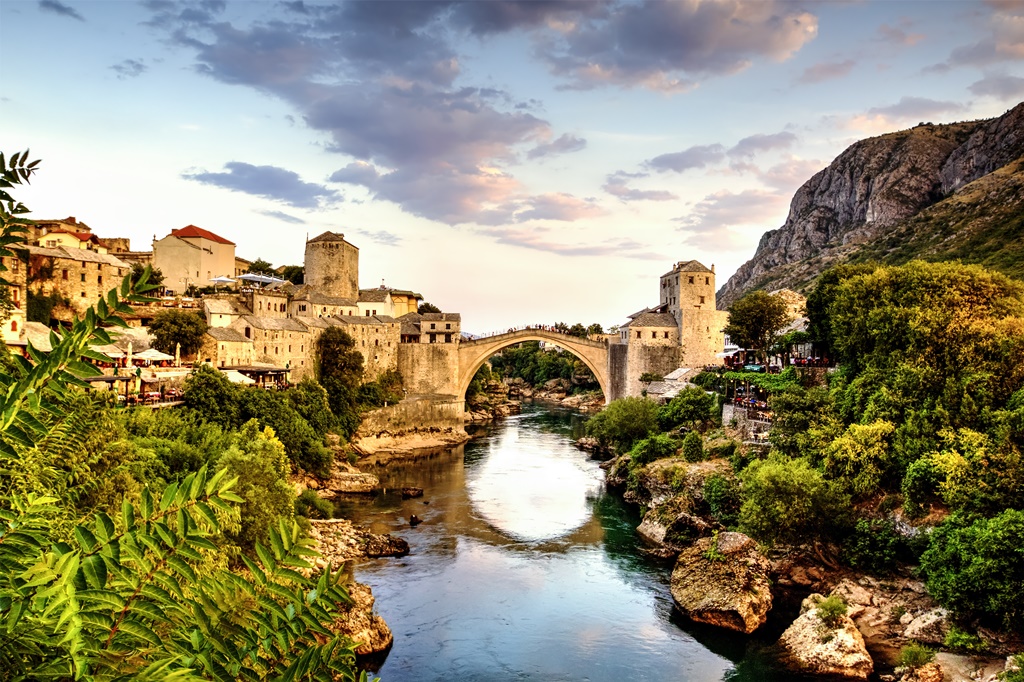 There is a chance to visit the magnificent hills, known as the largest human-made ancient pyramids on Earth, as claimed by the locals. Some even believe they have healing properties. There is a disagreement among scientists whether the pyramids are real or not, but still, there you can visit an archeological park, join the meditation sessions or explore the tunnels.

How to get to Bosnian Pyramids: 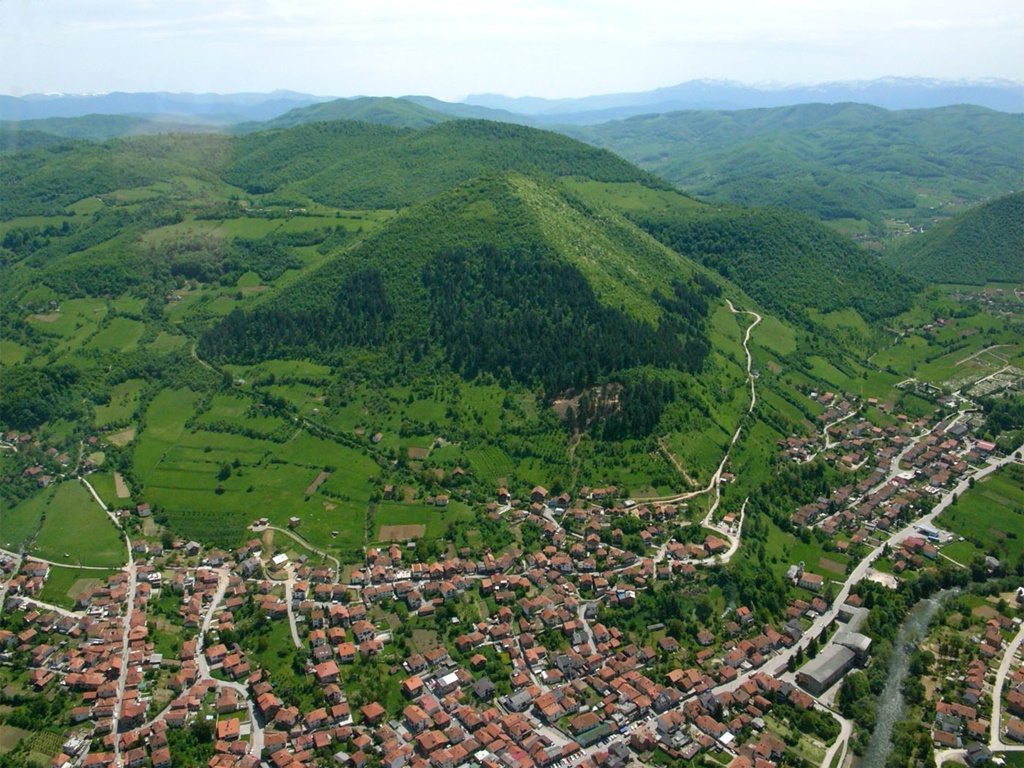 Srebrenica is a very picturesque town, layered in a valley of two small mountain ranges that meet a tight valley. But it is also the location of the worst atrocity known as the Srebrenica genocide. In Bosnian War, in 1995, under the orders of General Ratko Mladić troops machine-gunned more than 8000 Bosnian Muslims in the UN safe zone. The small town changed forever receiving the title as the worst European massacre since the Holocaust.

How to get to Srebrenica: