Falcone-Borsellino Airport, simply known as Palermo Airport (or under the old name of Punta Raisi Airport) is situated 35 km northwest of Palermo, the capital of Sicily.

It is one of the busiest airports in southern Italy operating many domestic and international flights. In 2019 it surpassed 7 million passengers.

How to get from Palermo Airport to Palermo

For travelling to and from the airport in Palermo, you can use the following transport options:

The Prestia e Comande bus operates on daily basis on the route between the Central Station / Politeama (Piazza Castelnuovo) and the airport.

NOTE: There are also less frequent lines from the airport to Agrigento, Trapani and Sciacca/Ribera (check the schedule upon your arrival). 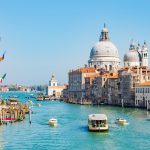 Italy on a Budget

The Trinacria Express serves the line between the Palermo airport and the main railway station.

NOTE: If you’re heading north of the city center, it is advised to get off at Palermo Notarbartolo (journey time is 45 minutes).

Taxis are not an advisable means of transport, since there is a high probability you will get overcharged, paying at least 50,00 € for a one-way ride (it can cost even more after 08:00 p.m.).

However, if you absolutely have no other option, try and negotiate the price with the driver prior to entering the car, never en route or after the drive. You will find many taxis waiting for you in the Arrivals area.
One of the most reliable taxi companies there is Radio Taxi Trinacria and you can even book them online.

Another way to travel to Palermo is with a private, door-to-door transfer from Palermo Airport to your accommodation in the city.

You can also pre-book a transfer to almost any city in Italy from Airport Palermo that you would like to visit for a hassle-free experience.

You will find a list of the most popular transfer routes from Palermo Airport below where you can pre-book your private transfer and pay on arrival.

For those who prefer exploring the area on their own, there are several car rental companies like Sixt or Europcar offering their services directly at the airport.
To avoid being left without a car, book them online.

How to get from Palermo Airport to Trapani

The Segesta Autolinee company operates the connection Palermo Airport – Trapani, from where you can also visit the gorgeous island of Pantelleria, Favignana and Levanzo, or Erice, a small but significant village. 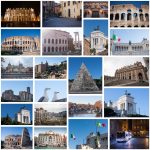 Top 10 Cities to Visit in Italy

Arrivals and departures from this Sicilian airport are both domestic and international flights. Some of them are seasonal.

Some of the most popular flights are those to Milan-Malpensa, Rome-Fiumicino, London and Amsterdam.

The airlines with the most frequent flights are Jet Blue, Delta Air Lines and American Airlines.

The airport provides for its passengers a range of services and amenities some of which are listed below.

No, there are bus and train lines throughout the day, but in case you miss all of them, take a taxi but be careful and negotiate the price before the drive, since the Palermo taxists are well-known for overcharging.

Yes, you can book a room in Villa Modus Vivendi only 0.9 km away from the airport, in Casa Fondo Orsa on the distance of 1.5 km from the airport. They offer full service, Wi-Fi and 24-hour-open desk.

I would like to spend one day in Palermo in between flights. Is that possible?

Yes, of course. The best way to do so is to take one of the buses which take you directly from the airport to the city centre and are the most convenient way of transportation.
Unfortunately there is no luggage storage at the airport, but you can leave your stuff at the Central Station.

I am continuing my journey outside Palermo. Are there any direct lines from the airport to other cities?Ž

There are less frequent lines from the airport to Agrigento, Trapani and Sciacca/Ribera directly from the airport, but all other destinations include going first to Palermo Central Station and there taking the bus or train which will get you to your destination.
You can visit Cefalu, Taormina, Catania and many other beautiful Sicilian places.